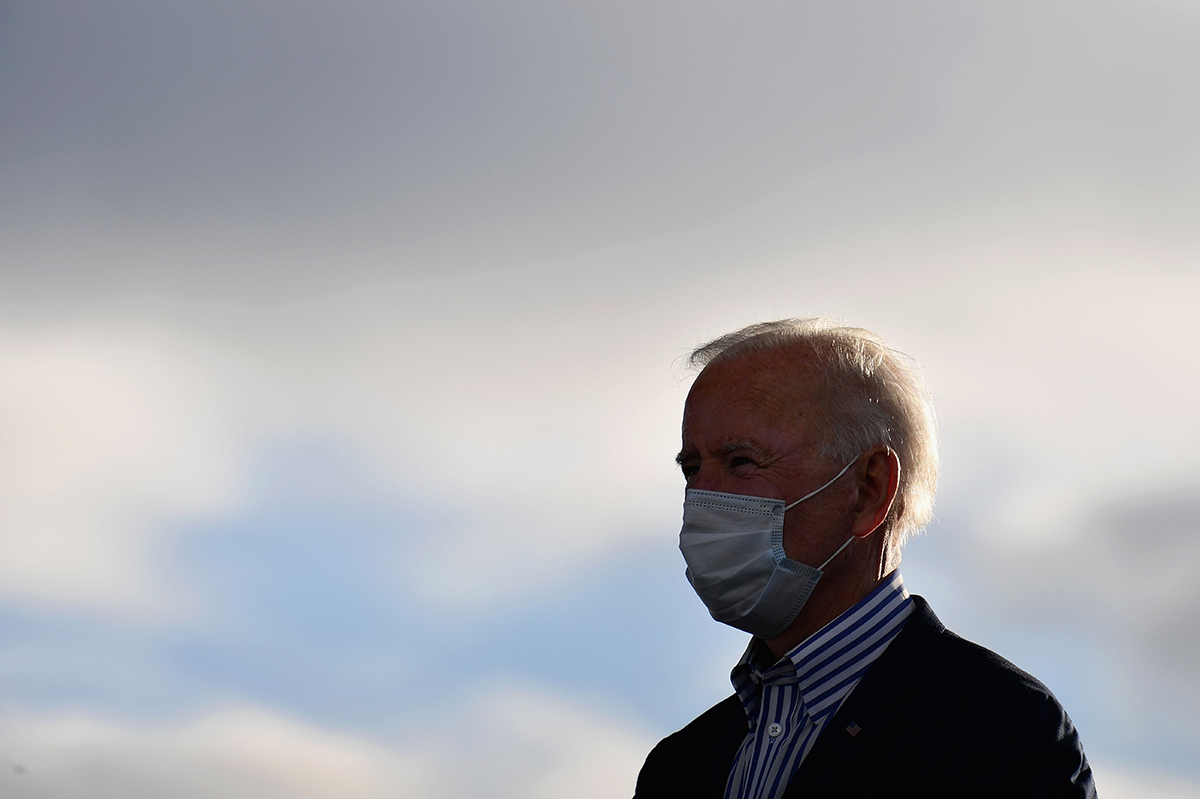 In just over a week, the Empire hopes to strike back. Joe Biden personifies the foreign policy of endless war that Democrats and neoconservatives pursued for 25 years, from the end of the Cold War until the election of Donald Trump in 2016. Biden voted for the biggest and most foolish intervention of that era, the Iraq War of 2003. He has not so much repudiated this act as tried to exculpate himself for it, claiming that in voting to authorize military force he didn’t think military force would be used. This is not credible...

In just over a week, the Empire hopes to strike back. Joe Biden personifies the foreign policy of endless war that Democrats and neoconservatives pursued for 25 years, from the end of the Cold War until the election of Donald Trump in 2016. Biden voted for the biggest and most foolish intervention of that era, the Iraq War of 2003. He has not so much repudiated this act as tried to exculpate himself for it, claiming that in voting to authorize military force he didn’t think military force would be used. This is not credible on its face, and not the way anyone understood the vote at the time. It was as clear a vote for war as any vote has been since World War Two.Biden’s overall record is one of foreign policy interventionism, with the notable exception of a vote against the 1991 Persian Gulf War — and he says that regrets that vote now. He was a supporter of the 1999 war on Serbia, which nearly brought the US and Russia into direct conflict and discredited the relatively easy-going foreign policy of Boris Yeltsin, an important element in the rise of Vladimir Putin and a more assertive Russian strategy. Biden’s defenders say that he was one of the less hawkish members of the Barack Obama administration, at least. Obama himself was less hawkish than Biden, however — and he still chose to go to war in Libya. Biden seeks to camouflage his military interventionism by pointing to his checkered voting record: sure, he voted for the Iraq War, but he also voted against the 2007 surge. Isn’t that enough to earn him a pass? ‘Come on, man,’ as Biden likes to say.But the only thing coming on if Biden wins is another round of hopeless foreign interventionism and nation-building. His individual votes are damning enough. Still more damning is the philosophy behind them. Joe Biden is an archetypal liberal interventionist of the post-Cold War variety. He understands war in the same terms as domestic policy: as an occasion to expand the power wielded by experts in Washington, whose moral and rational qualifications are beyond question — no matter how disastrous the consequences of their policies. Indeed, foreign policy sees modern liberalism at its most extreme: in domestic politics there is always the risk that technocrats will be frustrated in their attempts to remake other people’s lives by opposition from Congress or the states or public opinion or the rule of law itself. But in foreign policy, such constraints are weak, when they exist at all. Congress is rarely effective at stopping wars before they begin — the one contemplated by Obama in Syria is an arguable exception — the public is also less likely to resist instinctively to technocratic overreach that has no immediate, direct effect on most citizens’ lives. The states have no say in foreign policy, and the rule of law among nations is a fiction that can never check the abuses of liberal imperialists; on the contrary, they abuse the notion of such law to authorize their bloody experiments upon hapless foreign peoples. It’s a curious thing: liberals themselves inflict arbitrary violence upon peoples who get no vote on what they are to suffer, even as liberals justify their wars by deploring the injustice of regimes that inflict arbitrary violence and deny their subjects the right to vote.Non-interventionist liberalism, in either its progressive or libertarian varieties, is hardly in a position to exercise an internal restraint upon the humanitarian ambitions of a Biden-Harris administration. Those elite progressives who do think of themselves as antiwar tend to put equal or greater emphasis on an internationalist campaign they are eager to fight — a war on the weather, or ‘climate change’. To this end, they want American sovereignty to be subordinate to international climate agreements, and they are willing to use whatever leverage they can wield within a Democratic administration to press for this priority. But you cannot have two first priorities. If backing a Democratic president who does launch a military campaign against some benighted country — as Bill Clinton and Barack Obama did — is the price to pay for getting a Democratic president who also pursues climate-change compacts, what progressive is going to balk? What progressive can even think of placing mere peace above a cause that progressives believe is literally saving the planet? If World War Two or the Civil War was a necessary war, then any war that’s a collateral consequence of doing what’s necessary to save the earth itself has to seem acceptable. Apocalyptic ideas have consequences.

Yet if an antiwar progressive were indeed to choose peace over climate control, how much sway would such a person have on a Democratic administration? The Obama experience shows that progressives who make a case against war are always at a disadvantage because they are arguing against the very premise of progressive liberalism — namely, the idea that activist government can always help people, as long as its power is in the hands of the morally and intellectually enlightened; that is, as long as liberals are in change. Antiwar arguments concerning the ineffectiveness of government, the dangers arising from a lack of local knowledge, the moral blindness that afflicts even the most self-confidently righteous, and the fundamental inability of human beings to master fate and eliminate suffering are, of course, not progressive arguments at all, but rather anti-progressive: darkly realistic, skeptical, and conservative. Even in Republican administrations, such arguments are rarely accorded enough weight—among the idealists and problem-solvers of a Democratic administration, they are hopeless.Peer pressure doesn’t end in high school, and if anything credentialed professionals in Washington DC are even more susceptible to it than the average teenager is. The peer group in a Democratic administration is liberal, humanitarian, and technocratic. Even Barack Obama, a Democrat with stronger antiwar tendencies than Biden, was little inclined to resist the groupthink. Washington’s libertarian think-tank theorists of foreign policy have no way to infiltrate the group mind of a Democratic administration; yet they find Republican nationalism so distasteful that many of them are rooting for Biden anyway. Their premises align more closely with the right, but their peer group aligns with the attitudes of the academic left. Informed voters know that when they cast their ballots for a candidate, they are also casting their ballot for the candidate’s personnel — and for the ideology that binds the candidate’s coalition. The ideology that binds together Joe Biden and the Democratic party is activist liberalism, at home and abroad. President Trump is highly unusual in representing a break with the antecedent ideology of his party: a break with the disastrous neoconservatism of the Bush clan, John McCain, and Mitt Romney. President Trump is in many ways a break with ideology altogether, yet there is a central thread to his foreign policy: a pursuit of America’s interests through bold and creative diplomacy, coupled with the effective use of force to achieve limited, realistic objectives. This new, nationalist realism is the best hope for an end to liberalism’s endless wars, and it’s a hope that rests with the reelection of Donald Trump.