Israel and the war of Eurovision

Gaza plays a Game of Thrones 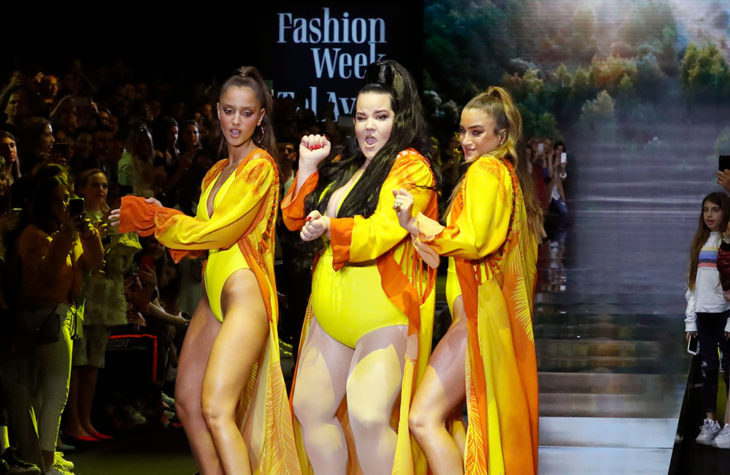 Israel and the war of Eurovision

Game of Thrones fans watched in horror on Sunday as Cersei Lannister invited the citizens of King’s Landing into the Red Keep, ostensibly to shelter from an impending attack. But Cersei’s invitation was not benign. It reflected a simple but horrifying strategy: to use her subjects, innocent civilians, as human shields. To get to Cersei, her enemies would first have to maim and kill thousands of innocents.

How should rational, moral actors respond to this kind of terror? How should soldiers fight honorably against opponents who care little about the lives of their subjects? These questions...

Game of Thrones fans watched in horror on Sunday as Cersei Lannister invited the citizens of King’s Landing into the Red Keep, ostensibly to shelter from an impending attack. But Cersei’s invitation was not benign. It reflected a simple but horrifying strategy: to use her subjects, innocent civilians, as human shields. To get to Cersei, her enemies would first have to maim and kill thousands of innocents.

How should rational, moral actors respond to this kind of terror? How should soldiers fight honorably against opponents who care little about the lives of their subjects? These questions may thrill GoT fans, but they are not solely the purview of fiction.

Over the last several days, nearly 700 rockets have been fired into Israel from the Gaza Strip by Iranian-sponsored Palestinian Islamic Jihad and Hamas, which is supported both by Iran and Qatar. These rockets have targeted innocent Israeli civilians, women, children and ambulance crews, killing a 58 year-old father of four in his own home and, ironically, an Israeli Arab. The rockets, and the people launching them, have spread fear. They have caused damage, they have maimed, and they have killed. And that is their purpose.

The trigger for the barrage was not just the ongoing, Hamas-driven confrontation at the internationally recognized Gaza-Israel border. As Hamas have admitted, the barrage was a strategy like to Cersei Lannister’s. Pressured by both Israel and Egypt, the Islamist groups opened a novel front in the media war, an attempt to spoil the Eurovision Song Contest, due to be held in Israel next Tuesday.

Israel has responded with tremendous restraint. Its citizens have been targeted by two terrorist organizations. No one doubts that Israel has the resources and the manpower to devastate the entire Strip if it chose to. But it chooses not to.

Israel is a moral nation that is committed to minimizing the number of civilian casualties. When it does launch an offensive attack, it does not quiver behind the skirts of women and children It does not create command centers beneath hospitals, or launching pads in schools or houses of prayer.

And yet, Israelis — and Jews more broadly — are unceasingly criticized for every action they do take. Rather than praise Israel for its unquestionable restraint in the face of a continuous and prolonged assault on its citizens that no democracy would tolerate, commentators ranging from professional pundits to members of Congress and even ‘objective’ reporters all jump to compare Hamas’s actions to Israel’s — as if there is a shred of moral equivalence between the two.

It’s not just the Qatari propagandists of Al Jazeera who abandon professional objectivity. In the New York Times on Monday, Isabel Kershner — a reporter who is paid not to be biased — wrote that before Sunday night’s ceasefire, ‘at least 22 Palestinians, including militants and children, were killed in Gaza over the weekend, and four Israeli civilians died in the fighting’.

The phrasing says it all. The Palestinians were ‘killed’ violently, but the Israelis simply ‘died’. Does Kershner believe natural causes were to blame? As a reporter, she might tell us whether these Israelis died in their sleep, or from old age, or from the impact of an Islamist’s rocket, fired in breach of the Geneva Conventions.

There’s more. Kershner, in a commendable but brief fit of accuracy, notes the Palestinians were killed ‘in Gaza’. The Israelis, on the other hand, merely ‘died in the fighting’. This is, as our president might say, fake news. Twenty-one year-old Pinchas Menachem Pshuzman, 49-year-old Ziad Alhamada, 58-year-old Moshe Agadi and 67-year-old Moshe Feder did not die of battle wounds on a battlefield. None of them died ‘in the fighting’. They were murdered by the rockets launched by Hamas and Palestinian Islamic Jihad. And while we’re on the subject of word choices, it’s also notable that Kernsher refers to them as ‘militant groups’. In fact, both are terrorist organizations, and recognized as such by the United States.

A media prepared to face difficult facts might instead have questioned the wisdom of yet another cease-fire. Benjamin Netanyahu is often criticized as militant and blood thirsty by the international community and experts on the region like Beto O’Rourke. But Netanyahu, unlike most of his predecessors, has avoided all-out war wherever possible. In Israel, he is getting flak from both sides of the political spectrum for what his critics see as another round of appeasement.

Peace is an important goal, but if it always remains a goal, it can never become a reality. Netanyahu’s critics charge that, by agreeing to a cease fire under these circumstances, he has only delayed the inevitable conflict to come. And by allowing Islamic Jihad and Hamas to deepen their preparations, expand their arsenals and dig more terror tunnels towards Israeli homes and schools, Netanyahu risks enlarging the scale of the next round of fighting.

Benny Gantz, leader of the center-left Blue and White party, questions the virtue of repeating a strategy that reduces its deterrent quality with each repetition. An ex-general, Gantz isn’t wrong. If Palestinians are conditioned to believe that they will only get concessions out of an opposing country by targeting civilians, and that their foreign patrons will protect them from the consequences, why would they ever stop?

Game of Thrones won’t be back for another series, but last week’s flare-up is just another episode in the long and horrifying run of Palestinian terror. No democratic public can tolerate that plot line forever.

Daniella Greenbaum Davis is a Spectator columnist and a senior contributor to the Federalist. 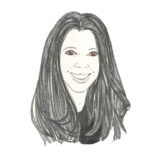