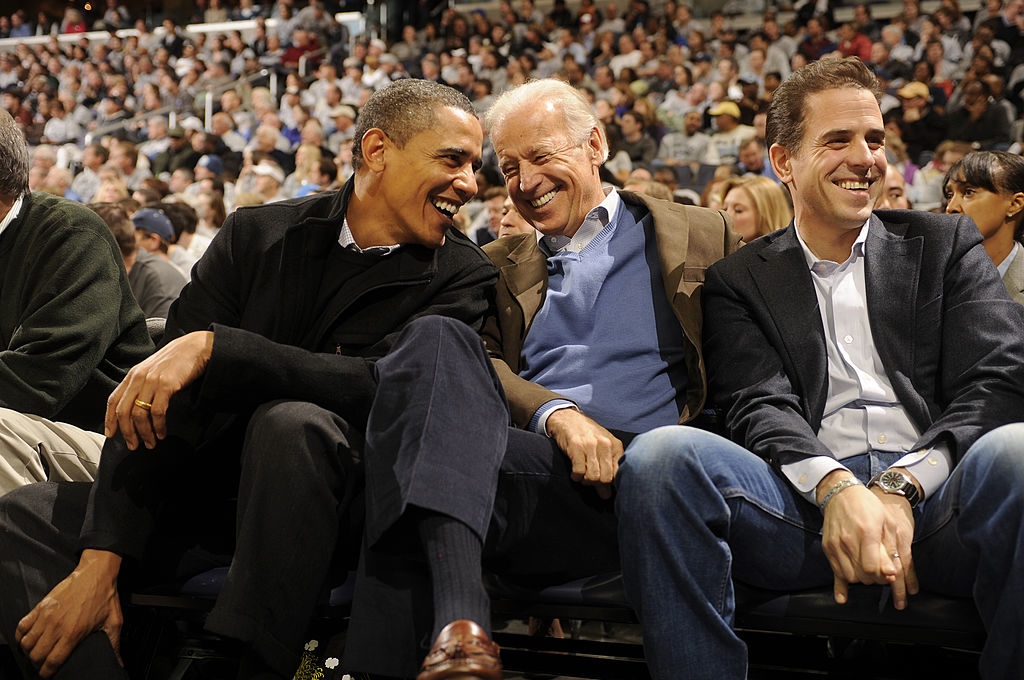 “Fighting corruption is not just good governance,” Joe Biden once said. “It is self-defense. It is patriotism, and it’s essential to the preservation of our democracy and our future.”

Going into the first term of his presidency, President Obama gave then-Vice President Biden one of the most important foreign policy portfolios: managing the US relationship with China. However, there is precious little to show for this prodigious assignment. During the eight years of the Obama presidency in which Vice President Biden was entrusted with this portfolio, China stole the personal information of the nearly 20 million...

“Fighting corruption is not just good governance,” Joe Biden once said. “It is self-defense. It is patriotism, and it’s essential to the preservation of our democracy and our future.”

Going into the first term of his presidency, President Obama gave then-Vice President Biden one of the most important foreign policy portfolios: managing the US relationship with China. However, there is precious little to show for this prodigious assignment. During the eight years of the Obama presidency in which Vice President Biden was entrusted with this portfolio, China stole the personal information of the nearly 20 million Americans who sought a security clearance, militarized the South China Sea under our nose, harassed and removed countless foreign journalists from their soil, began a genocide in Xinjiang and stole trillions of dollars of American intellectual property. The Obama-Biden administration responded with no sanctions, no trade embargoes or tariffs, no real scrutiny of their business acquisitions, no pushback against their high-tech espionage and no restrictions against their foreign propagandists.

Rather, it appears then-Vice President Biden leveraged his time as head of the China file to allow his son, Hunter, to build strong business ties in China. 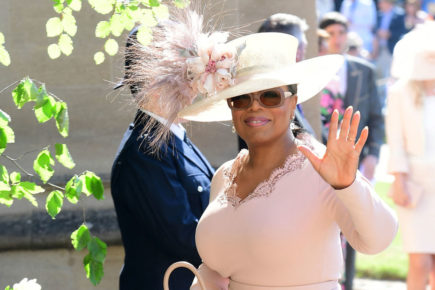 At this point, the stories of Hunter Biden doing business in Ukraine with Burisma are prolific, but the real questions lie in the business both Vice President Biden and secretary of state John Kerry’s relatives were doing in China while their fathers were in power — and more importantly the impact it may have had on the administration’s foreign policy.

Biden provided White House access for his son Hunter’s associates who were developing Chinese business deals — and later potentially received financial kickbacks for those deals.  Most of these same conflicts of interest are equally applicable to John Kerry, who served as secretary of state from 2012 to 2016 — and who now lobbies for greater cooperation with China as Biden’s presidential climate envoy. John Kerry’s stepson, Chris Heinz, was Hunter’s business partner from 2009 to 2014.

There is no doubt that multiple Republican and Democratic administrations missed the dark side of the global rise of the Chinese Communist Party; they were allured and lulled to sleep by the lucrative business deals and a massive market that the American corporate and investment sector craved. However, with Biden’s letdown on China policy the question remains: were Vice President Biden and Secretary Kerry’s foreign policy failures with China a result of their own inability to see the Chinese Communist Party for who the CCP ultimately proved themselves to be — or were they due to the influence of their sons’ business deals?

Both Biden and Kerry committed two major sins in their guidance of China policy: those of omission and commission. On the first count, they, and the Obama administration writ large, failed to confront an increasingly provocative Chinese government that undermined the United States across military and economic lines while engaging in an unprecedented infiltration of every rung of our society.

On the second count, the authentication of Hunter’s laptop contents from both left- and right-leaning news outlets contradicts President Biden’s proclamations that he did not facilitate or support Hunter Biden’s overseas business in China. Detailed analysis in this Washington Post piece demonstrates that this isn’t just a scandal about kickbacks. Rather, through Joe Biden’s connections, Hunter facilitated the Chinese purchase of several vital commercial entities that decreased the American military’s competitiveness against the People’s Liberation Army.

If this sounds familiar, it should: the Biden-Kerry Machine appears indistinguishable from the Clinton Machine. Their families and associates get enriched through deals with foreign countries most often when the politician is in an official position. Hunter Biden and Chris Heinz profited handsomely from billion-dollar deals made with Chinese military contractors while their fathers led our nation. However, many Americans may not realize the extent to which Hunter and Heinz’s businesses specifically helped China’s military — clearly the biggest global strategic competitor to the US military.

Ultimately, Joe Biden missed the moment of Great Power Competition between the United States and China. Like many American politicians, he thought he could partner with China to curb their behavior and ignored the flashing warning signs emanating from Beijing. As a result of eight years of myopia while Joe Biden oversaw the China relationship, America faced uphill battles to dislodge China from our supply chains, our data servers, our top universities, our film productions and from their new military bases.

Rosemont Seneca helped Hunter secure his personal 10 percent stake in the Shanghai-based BHR partners while Chinese national Jonathan Li ran the company. BHR Partners facilitated billion dollar deals with Chinese state-owned enterprises like AVIC, a Chinese military contractor responsible for manufacturing the PLA’s J-20 and J-31 fighter jets. Of note, AVIC was reportedly involved in stealing classified data from our F-35 program and used that data in the design of their aircraft. China now parks these same planes at artificially made islands in the South China Sea that Barack Obama, Joe Biden and John Kerry failed to curtail during the Obama administration. Though Chinese president Xi Jinping previously promised in 2015 not to militarize the South China Sea, the People’s Liberation Army has since built man-made islands that have devasted the environment and span over 3,000 acres of land. These artificial islands house new artillery, anti-ship and anti-aircraft missile systems, landing strips and numerous aircraft produced by AVIC.

These aircraft regularly intrude inside Taiwan’s Air Defense Identification Zone and would almost certainly be tasked to attack American assets if our military defended Taiwan against a Chinese invasion. Let this sink in: the vice president and secretary of state’s family business empire was investing in companies who steal American secrets and supply the military that presents the greatest challenge to American military superiority.

In 2013, President Obama sent Joe Biden on a last-minute sensitive trip to address China’s arbitrary demarcation of an Air Defense Identification Zone in the South China Sea over uninhabited Japanese islands that China claimed as their own. China attempted to nationalize international airspace. Under the ADIZ classification, China reserves the right to shoot down planes that refuse to identify themselves to the Chinese military.

China’s move bolstered their ability to militarily expand in the South China Sea and sought to ban the free passage of military planes over international waters, an unacceptable action for any nation to take. After a five-hour meeting with Joe Biden that ended at midnight, Xi Jinping, the newly installed Chinese president, still refused to walk back the ADIZ demarcation.

There was also a curious subtext to this trip. Hunter Biden traveled on the Vice President’s taxpayer-funded jet and met with Hunter and Heinz’s Chinese business partner, Jonathan Li, while Joe Biden met with Xi Jinping. Following the failed diplomatic endeavor, Hunter arranged for his father to shake hands with Jonathan Li. This is more than just a conflict of interest — it sent a clear message to China that the United States value financial relationships more than diplomatic breakthroughs. In the wake of the trip, the State Department refused to answer questions about Hunter’s involvement, referring to Hunter as “a private citizen.” Fast forward to 2017, and Joe Biden personally swayed an elite American university to add Mr. Li’s son to their acceptance lists.

In September 2015, Biden and Kerry hosted Xi Jinping once again in Washington, DC where they both doubled down on rhetoric in support of China’s rise in power. In typical fashion, Kerry waxed on about the opportunity for cooperation on climate policy. Biden touted his close relationship with Xi, saying, “we had more hours of dinners alone than I think he ever anticipated.” Xi then repeated the lie that China would not militarize the South China Sea.

It was that same month that their sons’ and Jonathan Li’s firm facilitated the $1 billion sale of a 159-year-old Michigan-based auto parts manufacturer, Henniges, to AVIC, the Chinese military contractor responsible for building fighter jets for the Chinese Air Force. Henniges possessed world-class technology that hinders excessive engine vibration in vehicles, a technology easily transferable for military use. Nevertheless, Obama’s Commerce Department approved the sale in conjunction with John Kerry’s State Department, but the government still has not disclosed documents to Congressional oversight boards who have requested reasoning for the decision. Thanks to Hunter and Heinz, a CCP-backed entity acquired US technology that benefits the Chinese military.

While Joe Biden and John Kerry were bestowing unending praise to Xi Jinping. the CCP underwent a rapid military build-up staking claims in the South China Sea. In one instance, senior Obama-Biden administration officials overruled US naval commanders and caved to the CCP by canceling pre planned freedom-of-navigation exercises in the South China Sea.

Even while China was mounting more and more dangerous military threats to the United States in the Pacific, Hunter was active in a 2016 deal that allowed a Chinese state-owned enterprise to secure a $3 billion American-owned mine in Africa that further deepened the CCP’s world monopoly of rare earth elements. The Obama-Biden administration looked the other way. Presently, China controls 90 percent of the world’s rare earth minerals supply used for high-tech manufacturing. Our computers, phones and the hardware needed for the fights of the future all use those minerals too and depend on China. A single American F-35 aircraft requires 920 pounds of rare-earth elements.

Hunter ultimately made $5.8 million through Chinese deals after the 2013 meeting with Li and Joe Biden, part of $11 million total that the Biden family secured from foreign countries through 2018. Recent reports indicate that Hunter purposefully did not pay taxes on any of this income, which now fall under a larger active criminal probe in the state of Delaware.

Joe Biden and John Kerry did not just know about their sons’ business dealings in communist China — they gave access and facilitated them, all while missing the most important national security threat since 9/11. John Kerry has not changed his ways. One former Obama administration official accurately warned of Kerry’s China liability at the beginning of the Biden administration: “China’s diplomacy is a constant search for leverage, and Kerry will deliver a load of it in a wheelbarrow right to their front door every day.” The past year and a half have proven those words true time and again as Kerry fights for unilateral reductions in Chinese tariffs and human rights sanctions in pursuit of his green dreams.

They failed to prevent Chinese expansion while they were in charge but found the time to enrich their own family businesses. There is no clearer indictment of this behavior than President Biden’s own words one year ago: “Corruption is a risk to our national security, and we must recognize it as such.”

by Morgan Ortagus Morgan Ortagus is the founder of POLARIS National Security. She previously served as spokesperson for the United States under secretary of state Mike Pompeo.

Morgan Ortagus is the founder of POLARIS National Security. She previously served as spokesperson for the United States under secretary of state Mike Pompeo.