Soon to be run by a former policeman 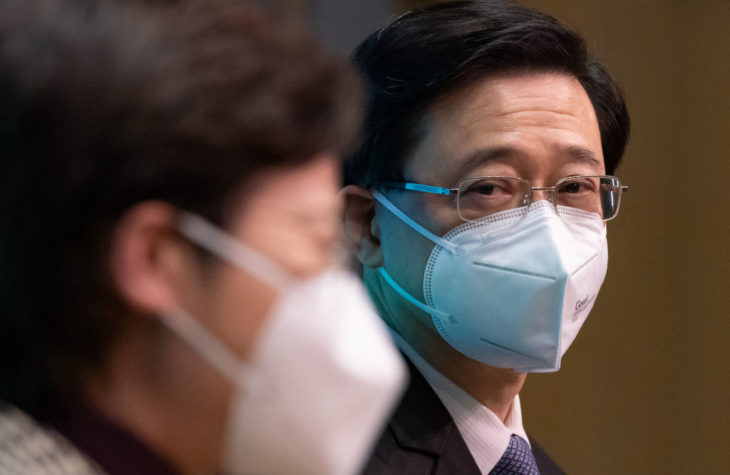 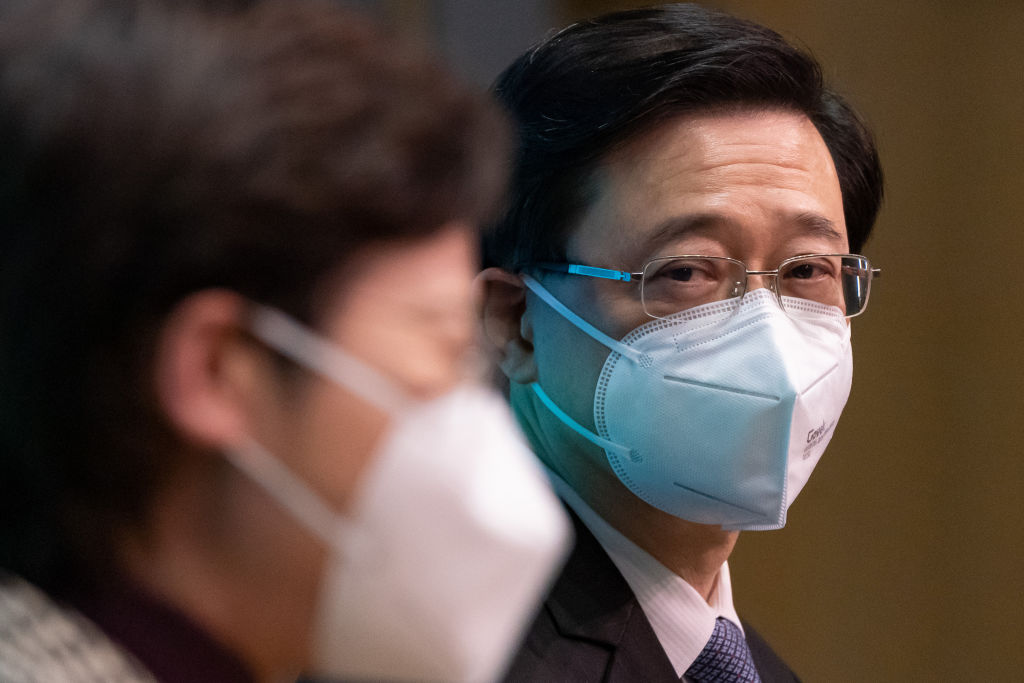 No one now denies that Hong Kong is a fiefdom of Beijing. Its democratic leaders have been packed off to prison on spurious grounds or have left the territory, and its street protests have long been beaten to pieces with batons.

The 2020 national security law has made mockery of Hong Kong's last shreds of freedom of expression, rendering all criticism of the Chinese Communist Party akin to terrorism; and its uncensored homegrown newspapers are now closed by the state — their proprietors inexorably marched off to jail.

Any pretense of adherence to the treaties signed by...

No one now denies that Hong Kong is a fiefdom of Beijing. Its democratic leaders have been packed off to prison on spurious grounds or have left the territory, and its street protests have long been beaten to pieces with batons.

The 2020 national security law has made mockery of Hong Kong’s last shreds of freedom of expression, rendering all criticism of the Chinese Communist Party akin to terrorism; and its uncensored homegrown newspapers are now closed by the state — their proprietors inexorably marched off to jail.

Any pretense of adherence to the treaties signed by Britain and China around the time of the handover in 1997 — treaties that guaranteed Hong Kong autonomy — has long fallen away. Hong Kong is a subject province of the People’s Republic now, and nothing more.

Yet there is always further for a jurisdiction to travel down the road to perdition. And Hong Kong has done so of late, by dint of recent elections. Its soon-to-be-former Chief Executive, Carrie Lam, was sufficiently in hock to Beijing to preside gamely over the squashing of protest movements and the vacating of democratic votes.

So associated with Beijing’s crushing of Hong Kong has Lam become that, after her sanctioning by the United States Treasury Department, she is unable to maintain a bank account and is therefore paid her official salary each month in cash.

But Lam’s successor-elect is a man called John Lee, who also features on the Treasury sanctions list, and he is worse. He was elected (if we can use the world without sarcasm) on May 8 by 1,416 out of a total of 1,424 available votes in the territory’s electoral college.

Lee was the only candidate on a shortlist approved by Beijing. He will take office in June.

At one time a police officer, and later in succession Hong Kong’s security chief and chief bureaucrat, Lee has helped Lam consolidate Beijing’s power in Hong Kong. His election signals the final victory of the CCP in taking overt and complete control of the territory.

Last year, Hong Kong’s Legislative Council passed a law that allowed the Beijing’s vetting of electoral candidates. (It also decreased the proportion of the Legislative Council that is elected by the people.) The result of which was, as anticipated, that only those deemed sufficiently “patriotic” could be sanctioned to stand for elected office. In this instance, as you will have inferred, “patriotism” does not mean loyalty to Hong Kong. It means faithfulness to Beijing.

Lee was elevated by a system he helped to shape in Beijing’s image. In office, he defended the punitive freezing of democrats’ bank accounts and threatened their family members with similar treatment if sufficient spurious reasons could be found.

He favored — on security grounds, he said — greater monitoring of private communications within Hong Kong. And when fifty-three democratic activists were arrested for violations of national security legislation at the beginning of last year, Lee called them subversionists of the worst kind and intriguers attempting to dismantle state power — Beijing’s power.

When pro-democracy protesters are released from their jail terms, Lee has said, loyal businesses ought to stand ready to help them reenter society. As to what loyalty oaths and political reprogramming such people might undergo to be given such opportunities, we can only speculate — but the “classes” and “vocational training” offered by Xinjiang concentration camps to raise the consciousness of their inmates provide some options.

Hong Kong is now a police state, soon to be run by a former policeman. Lee dislikes talk of freedom of the press. He claims it exists perfectly well in a Hong Kong that is shuttering critical newspapers.

As Hong Kong suffers both crippling waves of Covid and debilitating lockdowns (as bad as anything seen in dystopian Shanghai) — including culls of family pets — Lee says he does not believe that freedom there is unduly constrained. Those so-called reporters who oppose Beijing’s line, Lee said, are not true members of the press anyway, so their repression is in everyone’s interests (and should be welcomed by real journalists worth the name).

Compromised newspapers like the South China Morning Post suggest that, with such a copper-bottom loyalist as Lee in situ, perhaps Beijing could ease off its questioning of democrats’ patriotism — and perhaps the territory as a whole could survive with the CCP boot lifted a little from its neck. This is a protestation of the compliant, made from a position of terminal weakness. It’s unlikely to work.

Meanwhile, Hong Kongers have been voting with their feet. Accurate statistics are hard to find, but tens of thousands appear to be leaving the territory weekly. Some of those who remember Britain do so fondly, and are heading there — aided by a newly accommodating passport scheme. Others travel to Canada and the United States. It’s possible they think they will return, one day, if the place becomes less totalitarian in their absence.

But that’s rather unlikely for the next five years. The new chief executive has his orders.