There are lies, damned lies and epidemiological models

What will be the fatality rate of our insane overreaction? 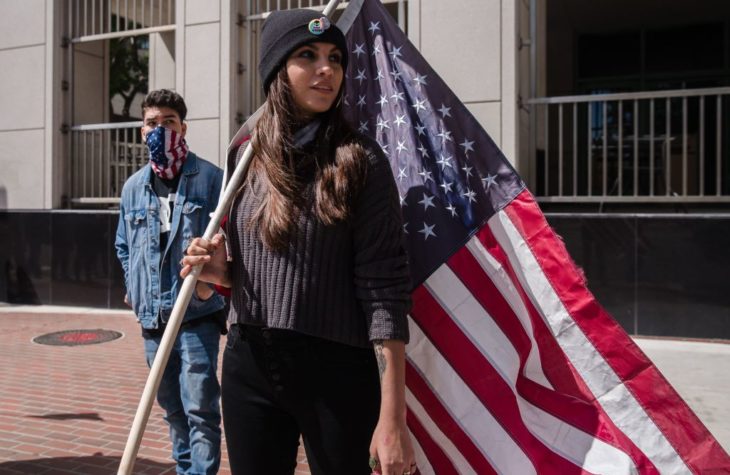 There are lies, damned lies and epidemiological models

I think it was Sir Charles Dilke who warned against ‘lies, damned lies, and statistics’. I live in a small, fairly isolated neighborhood of about 100 houses on the Connecticut side of Long Island Sound. Most of my neighbors seem to be trying out for the part of Prince Prospero in The Masque of the Red Death. Our neighborhood association issues frequent, increasingly shrill bulletins. Most appeal to the authority of the CDC, warning us and our children to stay at home, wear a mask and, should we dare to venture out, to keep at...

I think it was Sir Charles Dilke who warned against ‘lies, damned lies, and statistics’. I live in a small, fairly isolated neighborhood of about 100 houses on the Connecticut side of Long Island Sound. Most of my neighbors seem to be trying out for the part of Prince Prospero in The Masque of the Red Death. Our neighborhood association issues frequent, increasingly shrill bulletins. Most appeal to the authority of the CDC, warning us and our children to stay at home, wear a mask and, should we dare to venture out, to keep at least six feet apart from one another. We are forbidden from congregating in public spaces. We are discouraged from socializing with friends inside. Not for the first time, I have been to led to wonder why a practice that is so patently antisocial should have been baptized ‘social distancing’. What’s social about it?

Should some psychological genius perform an existential assay of the emotional atmosphere of our neighborhood, he would discover a large dollop of boredom fired by liberal droplets of irritation and anxiety. Worry over what I persist in calling the CCP virus has dampened the spirit of neighborliness while also introducing an acrid aroma of fear and distrust into the environment.

The situation is not aided by the fact that every organization that any of us has ever dealt with is bombarding us around the clock with nauseating messages about everything they are doing during these ‘troubled’ or ‘stressful’ or ‘unprecedented’ times (translation: they are doing nothing but virtue-signaling). Even Google has got into this game. A logo on its home page advises the billions of people who consult it to ‘Stay Home, Save Lives: Help Stop Coronavirus’.

Washington told us we needed to stop everything, shuttering businesses across the land, and stay home. First it was for two weeks. But apparently there were still stray signs of life in the economy, so they extended it for another 30 days. That ought to do to our economy what the Romans did for Carthage in 146 BC. There are some people talking about extending the shutdown to July or even October.

Meanwhile, state governors are engaged in an unofficial competition to see which of them can issue the most draconian, liberty-blighting orders. Rhode Island was sending police house to house to see if any New Yorkers had snuck into the state without permission. Another state proposed tracking residents via their smartphones to nab those violating what is more and more coming to resemble house arrest.

As I write, the rate of increase of new cases of the CCP virus seems to be stabilizing in many places, including early hotspots like Washington and California. What’s growing exponentially across the country are unemployment claims, which last week suddenly shot up from a historic low. There were more than three million new claims. This week the number is 6.6 million.

Network newsmen are doing their best to impersonate the protagonist of Edvard Munch’s painting ‘The Scream’. Hysteria, not accuracy, is the order of the day. A case in point was the footage aired by CBS that purportedly depicted the chaos of an overrun hospital in the US. Only after the network was called out did it admit its ‘mistake’ in airing footage from an Italian hospital. When Donald Trump said that he was sending hospital ships to help busy hospitals in New York and Los Angeles, MSNBC’s Rachel Maddow scoffed that it would takes weeks and weeks to deploy them. They docked and were open for business a few days later. Much of the media would heartily second California governor Gavin Newsom: the coronavirus pandemic, he said, is an ‘opportunity’ to implement a leftist agenda.

Drs Anthony Fauci and Deborah Birx, the Abbott and Costello of the president’s near-daily pressers, emit a squid-ink of models, projections and recommendations that are as changeable as the women in Rigoletto. At one point, London’s Imperial College predicted that the US would suffer some 2.2 million fatalities because of the virus.

Oh, but that’s without full-bore ‘mitigation’, responded Dr Fauci. If you become a hermit and destroy enough jobs, the number will only be between 100,000 and 240,000.

On April 3, several weeks into the outbreak, the US has had about 7,000 fatalities. So what if the model is wrong?

‘But a couple of weeks ago you said there would only be hundreds of deaths.’ Yes, I did. I got that wrong, but just how wrong is not clear. Dr John Lee, writing in The Spectator, made the important point that there is ‘a big difference between COVID-19 causing death, and COVID-19 being found in someone who died of other causes’. Indeed. It is one thing to die from the effects of the coronavirus, quite another to die with the virus. If you are 87 and ailing and are infected, your chances are not good. But who’s to say whether you died from the virus or that congestive heart failure you’d been battling all these years?

Let me be clear. The CCP virus is a nasty bug. People should exercise caution. They should wash their hands frequently, etc. If they are in one of the few hot spots — New York City above all — they should be especially careful. But remember, 2.8 million people die every year in the US. The seasonal flu hospitalizes hundreds of thousands every year and kills anywhere up to 80,000. Overall deaths this season are actually down because of the coronavirus: people are not out and about as much, so fewer have died. In one sense, then, it has been a lifesaver. The panic surrounding it, on the contrary, has been a lethal assault. It’s too soon to say what the fatality rate of our insane overreaction will be. It will be many months, maybe years, before the tally of lives blighted, as well as lives ended, can be toted up.