How the ‘news’ became ‘fake news’ 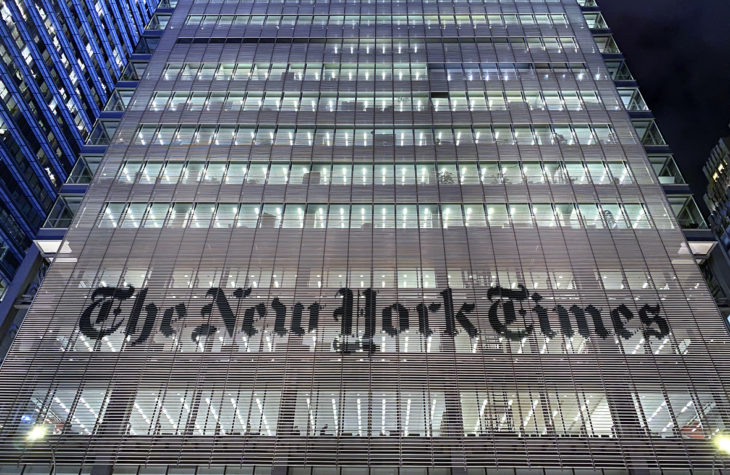 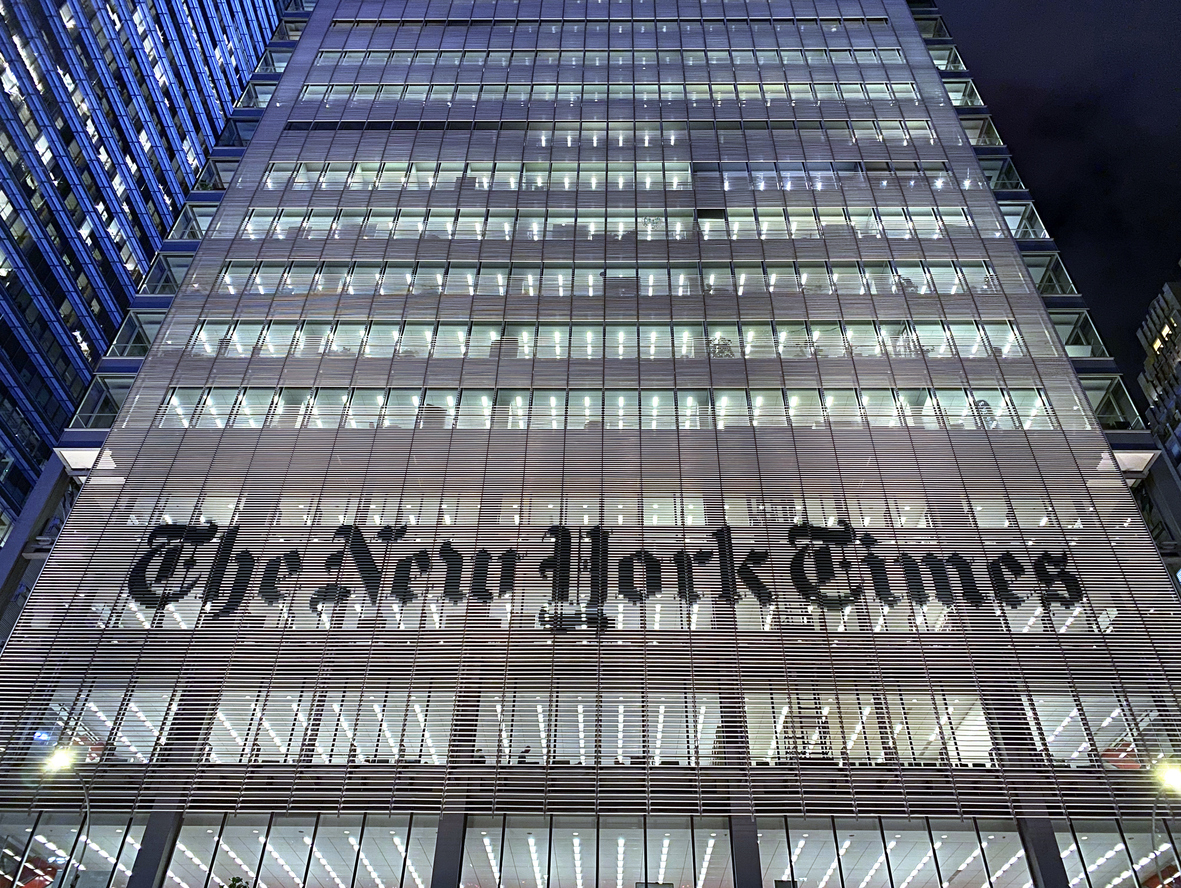 The Department of Homeland Security announced last spring that they would form a "Disinformation Governance Board" to track and combat so-called fake news. The DHS disbanded the board in May after widespread criticism of its Orwellian intentions — as well as the fact that its chosen czar was a purveyor of disinformation. Nina Jankowicz claimed that Hunter Biden's laptop was "Russian disinformation," spread the false story that Trump had ties to a Russian bank and dismissed the notion that Critical Race Theory was being taught in public schools.

Jankowicz was merely one example of an increasingly...

The Department of Homeland Security announced last spring that they would form a “Disinformation Governance Board” to track and combat so-called fake news. The DHS disbanded the board in May after widespread criticism of its Orwellian intentions — as well as the fact that its chosen czar was a purveyor of disinformation. Nina Jankowicz claimed that Hunter Biden’s laptop was “Russian disinformation,” spread the false story that Trump had ties to a Russian bank and dismissed the notion that Critical Race Theory was being taught in public schools.

Jankowicz was merely one example of an increasingly obvious reality: the individuals policing “disinformation” are themselves disseminating lies. One of their favorite tactics is to blame-shift so as to deny their own responsibility for fake news.

For example, after the attack on Paul Pelosi in San Francisco, Politico published a report suggesting a third person was present during the assault by David DePape. 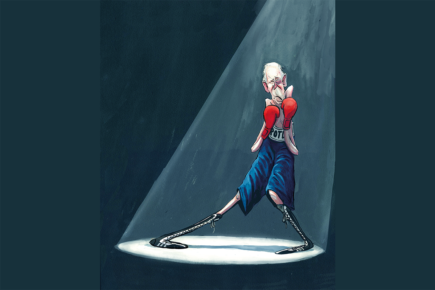 “Officers arrived at the house, knocked on the front door and were let inside by an unknown person. They discovered DePape and Pelosi struggling for a hammer,” the Politico article read.

Yet just days later, Politico reporter Adam Wren blamed conservatives for spreading the information that his own outlet had reported.

“Among those baseless claims: that a third person answered the door when police arrived at the Pelosi home, which San Francisco law enforcement has said is untrue; and that DePape was in his underwear when apprehended, a falsehood taken from a since-corrected local news report,” Wren wrote. (Note: Wren also recently wrote an article outing a Republican congressional candidate as a victim of sexual assault).

Another report from the California version of Politico‘s daily Playbook newsletter again blamed the right for the proliferation of false information about the attack.

“High-profile conservatives, including Donald Trump Jr. and Louisiana representative Clay Higgins, have fueled a discredited version of events in recent days. Among the unfounded claims: that a third person was in the house,” California Playbook asserted.

In addition to their attempts at projection, Democrats and the media use the label of “disinformation” to censor uncomfortable truths being shared by their political opponents.

Recently, the mainstream media has been obsessed with insisting there is nothing wrong with Pennsylvania Senate candidate John Fetterman, who recently suffered a stroke and still has serious difficulties communicating. Individuals who point out the obvious are accused of spreading disinformation. In September, NBC News wrote an article claiming that Greg Price, a senior digital strategist at X Strategies, was sharing deceptively edited and doctored videos of Fetterman’s speech problems.

“The videos are among the highest-profile pieces of misleading video to circulate ahead of the midterms, although they are not the first in this race,” Ben Goggin wrote.

Price had created a “supercut” — a montage of short clips spliced together to demonstrate a theme — of various moments on the campaign trail where Fetterman stumbled over his words or failed to produce a coherent sentence. These short videos simply presented Fetterman, in his own words, to the audience.

The New York Times took up the mantle after the Oz-Fetterman debate last week. Steven Lee Myers, who says he covers misinformation for the Gray Lady, accused Price of using a “misleading” video montage to “exaggerate the effects” of Fetterman’s stroke.

“The newspaper that won a Pulitzer Prize for reporting bullshit about Russian collusion is spending their time accusing me of ‘misinformation’ because I post videos on the internet of John Fetterman talking,” Price told me, adding that the Times curiously hasn’t asked Fetterman to release his medical records. “You literally can’t make it up.”

Left-wing activists disguised as reporters have made lucrative careers on the “disinformation” beat, as media companies formalize their coverage of alleged conspiracies and denote some reporters as experts in separating fact from fiction. In addition to Lee Myers, the Times also employs Davey Alba, a technology reporter who covers online disinformation. Brandy Zadrozny and Ben Collins cover the beat at NBC News. Taylor Lorenz doesn’t have “disinformation” in her title, but writes a significant amount of her online culture-oriented articles for the Washington Post about the alleged spread of misinformation by the right and how social media companies must crack down on it. NPR, funded by the US government, launched an entire Disinformation Reporting team this past summer.

“The viral spread of mis- and disinformation has emerged as one of the great civic challenges of our time. From the lies about the 2020 election to the growing influence of anti-vaccine activists, to the enduring influence of climate-change denialism, lies and conspiracy theories have seeped into nearly all aspects of modern-day life, both in the US and around the globe,” NPR said in its announcement.

The attempts by the left to suppress politically inconvenient information in favor of their own lies has been in full swing since at least 2015 (and almost certainly earlier). The media accused Trump of being the biggest liar they had ever seen, but they were often responsible for blatantly false stories about his administration. They repeatedly spread the false line that Trump had conspired with the Russians to steal the election, which was debunked by the Special Counsel Robert Mueller’s report. The Steele dossier that was used to prop up the Russian collusion hoax has been discredited. A non-exhaustive list of the other lies told about Trump: he referred to Mexicans as “rapists,” called all immigrants “animals,” refused to condemn white supremacy, told people to inject bleach and ingest fish tank cleaner, banned Muslims from the country and trapped kids in cages.

When the bad orange man was up for re-election, the media conspired with the government to suppress the Hunter Biden laptop story, which suggested deep-rooted corruption in the Biden family. A group of former national security officials claimed the story had all the markings of “Russian disinformation.” Twitter banned the New York Post, the outlet that broke the story, as a result. That turned out to be… disinformation. A year after the election, mainstream outlets such as the Washington Post and the New York Times admitted that the contents of the laptop were real.

The media were also all too happy to run with falsehoods from public health officials about the Covid-19 pandemic. They slapped the “disinformation” and “conspiracy theory” label on people who said that Covid probably leaked from the Wuhan lab, that the vaccines did not prevent the transmission or spread of the virus, that the vaccines were affecting women’s menstrual cycles or that hospitals were not distinguishing between individuals who died from Covid versus individuals who died with Covid — which all turned out to be true. The media’s amplification of false information — and suppression of important questions — about the virus and the vaccines helped the government justify lockdowns and vaccine mandates, the devastating effects of which are still being uncovered.

No one takes the “disinformation” warriors seriously because though they try to present themselves as brave truth seekers, their actions show them to be poorly disguised political activists who run cover for the establishment regime. Nonetheless, the Intercept reported this week that the Department of Homeland Security is still quietly ramping up its efforts to curb online speech it views as dangerous. Perhaps they could start with their boss, Alejandro Mayorkas, who condemned border agents accused of whipping Haitian migrants, even though he knew it was a lie. 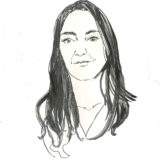