In defense of Joshua Katz 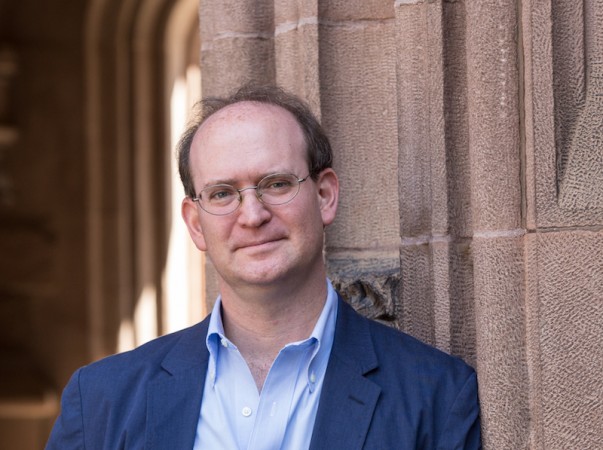 In defense of Joshua Katz

Last July 17, my daughter, Solveig Gold, married (then) Princeton professor Joshua Katz. It was a glorious, indeed transcendent (as one friend put it) celebration of the glory of God and the power of love — attended by a large gathering of the canceled, the not-yet-canceled and a lucky few who are seemingly uncancellable. Last month, as the world now knows, he was fired. If you haven’t yet read Solveig’s piece in Bari Weiss’s Substack, put mine aside and read hers first. It is beautiful and inspiring. Mine, by contrast, is merely mad as hell.

Last July 17, my daughter, Solveig Gold, married (then) Princeton professor Joshua Katz. It was a glorious, indeed transcendent (as one friend put it) celebration of the glory of God and the power of love — attended by a large gathering of the canceled, the not-yet-canceled and a lucky few who are seemingly uncancellable. Last month, as the world now knows, he was fired. If you haven’t yet read Solveig’s piece in Bari Weiss’s Substack, put mine aside and read hers first. It is beautiful and inspiring. Mine, by contrast, is merely mad as hell.

In July 2020, Joshua published a piece in Quillette taking vigorous exception to the now infamous July 4 “Princeton faculty letter.” I warned him at the time that there would be consequences, that they would stop at nothing to get rid of him — including re-investigating a fifteen-year-old consensual relationship he had with a senior student for which he has repented daily, and because of which he had already been investigated and punished by the university. It is important to note that the first investigation, which the woman wanted nothing to do with, was instigated by an anonymous third-party report. We are free to speculate about the identity of that third party, and what was in it for her or him. When a university permits and actively encourages anonymous reporting, it creates a Soviet system ripe for self-promotion, back-stabbing and revenge.

It’s also worth mentioning that the rules of engagement on campus bear no resemblance to what they were only a few years ago. Back in the dark ages, when I was in college, our professors attended student parties and dances. They invited us into their homes for dinner; every Friday evening before lecture, there was a faculty and student cocktail party. The Rhodes scholarship winner was dating a professor and later married him. All of this would now, of course, be strictly forbidden, and both students and the community at large are very much the worse for it. 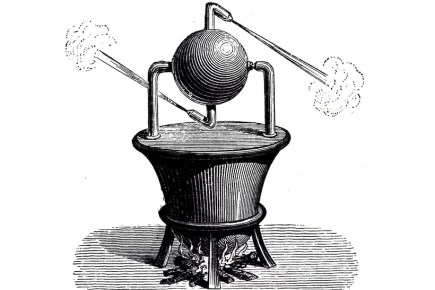 The Greeks’ curiosity extended far beyond the cerebral

Many Princeton professors have chosen to live in NYC and commute, just so they can have a personal life. These days, you see, one is only permitted to meet via that Dickensian law firm: Tinder, Grindr, Bumble & Hinge. Swiping right for anonymous sex is perfectly fine, but God forbid you should date someone you actually know or with whom you share mutual interests. Meanwhile, we can only imagine what would happen if Princeton applied the current Katz standard to the past behavior of all its faculty. Many departments would surely be deserted.

In any case, Joshua felt he could not stay silent and was determined to forge ahead. Was he overly optimistic and/or naive to suppose he could weather the inevitable storm? Yes. Some will surely call him foolhardy. I call him brave. If only the pure and sinless among us are able or willing to fight for the truth, the battle is already lost.

It is true, however, that the costs are high and not for the faint of heart. The past two years have been a nightmare — a textbook cancellation. Twitter went wild. Colleagues and long-time “friends” publicly denounced him. Mere days after the Quillette piece appeared, the Daily Princetonian launched an unprecedented seven-month McCarthyite investigation into every conceivable aspect of Joshua’s life. No ancient rumor or bit of gossip was too small for these gleeful little Robespierres-in-training. Every act of kindness, twisted and distorted by anonymous accusers into something salacious and false.

Meanwhile, the administration stood by and watched as one of their most devoted, hard-working and long-time faculty was hounded, abused and vilified. Princeton’s president Christopher Eisgruber, who has in years past impressed by standing up for free speech, disgraced himself and stood by as Joshua was thrown to the wolves.

The mob, you see, had decreed that Joshua Katz was a “racist!” Strange how successfully he had hidden it for the past twenty-five years! Turns out he’s not only a first-rate linguist, he’s also a superb actor!

Strange how this very same professor once nurtured and mentored a young black student named Dan-el Padilla Peralta, how that young man had confided in no one — no friend, fellow student, or any professor — until he told all to the kind and supportive Professor Katz. Strange how that same professor, upon learning that the young man was undocumented, immediately set about solving the problem. Don’t believe me. Read Padilla Peralta’s book, Undocumented. This same young man then went on to Oxford, Stanford, Columbia and a remarkably swift, tenured professorship at Princeton.

It is not an exaggeration to say that Padilla Peralta owes his current position in no small part to Joshua Katz. Yet Padilla Peralta now claims his former confidante’s “flagrant racism speaks for itself,” and openly champions his mentor’s destruction on Twitter.

Strange. The only thing I hear speaking for itself is Joshua’s extraordinary kindness to a young man in need.

Then, last fall, no longer content with letting the students do all the dirty work, the administration joined in the witch hunt, and produced a website and video called “To Be Known and Heard,” which was mandatory viewing for the entire freshman class. In it, Joshua is denounced as a racist. Indeed, they literally doctored a quotation to drive the point home. If you have not already done so, please read Sergiu Klainerman’s superb pieces in Tablet on the subject.

There will surely be more attacks. The mob can never rest. Today, it’s Joshua Katz, tomorrow it will be someone else. Because this is not really about Katz the human being. It’s about what he represents: empathy, excellence, erudition and a deep commitment to the essential, universal truths to be found in studying classics and, more broadly, Western civilization.

Do I sound hyperbolic? Then you haven’t been paying attention. Padilla Peralta and his acolytes have repeatedly and openly declared their mission to tear it all down. Read the profile of Padilla Peralta in the New York Times. Indeed, they have already succeeded in getting rid of the Princeton classics’ Greek and Latin requirement. With Katz out of the way, Padilla Peralta holds the entire department in thrall. Classics, the very field that gave him everything, he now seeks to destroy… along with all those who helped him on the way. What a deliciously fascinating, Freudian case study. If only the real-life consequences were not so ruinous.

Until two years ago, Joshua Katz was one of the most beloved professors at Princeton. His classes were always oversubscribed, his student evaluations legendary. Many believe he is the world’s foremost Ancient Greek teacher. He is also, incidentally, the only member of the Classics faculty fluent in all of the other ancient and medieval Indo-European languages — and some non-Indo-European ones — which the department maintains it wants to highlight in lieu of those “white supremacist” tongues, Latin and Greek. It will be interesting to see how they manage without him. As a speaker, Joshua was in demand all over the world.

In 2014, years before I met him, Katz’s freshman Egyptology seminar visited the Metropolitan Museum and came to our apartment afterwards for tea. Joshua needed to see his ailing father so only the students were present. I still remember listening to them as they spoke rapturously about their professor. How inspiring he was, and how his ability to answer emails in the middle of the night was nothing short of miraculous. Four years later, he took the entire seminar for a farewell drink at the Yankee Doodle Tavern — and yes, he paid.

To all the thousands of students who have been inspired, encouraged and comforted by Katz, and to the many who literally owe their careers to him: if you did not raise your voice in his defense, you are cowards. And to the complicit faculty who stood by as a mob destroyed a long-time friend and colleague: wait until they come for you. Wait until you think a wrong thought or make the wrong joke or use the wrong pronoun. I hope you’ve all led lives of spotless purity. Mother Teresas, every one of you, no doubt. Shame, shame on all of you.

My own father was a professor. He adored teaching. Encouraging, inspiring and debating students was his greatest pleasure. As a child, I remember perching on the staircase watching while he led seminars in our living room. How he loved it — and how entranced were the students. I thank God that he is not around to see what has become of the academy. I thank God that he will never know what it is to teach in this environment. The mob would surely have destroyed him, or tried. They would never have been able to tolerate his passionate, uncompromising pursuit of the truth or his impatience with fools.

Joshua will be fine. He has the love of my fierce and formidable daughter, his family and many new and amazing friends. Most importantly, he has the truth on his side. Nothing anyone can do or say will take that away. No, the real harm is to Princeton, and the generations of students who will never know one of the most caring, generous, and brilliant professors ever to grace the halls of East Pyne. What a loss. What a tragedy.