The deep state is no conspiracy theory

Progressive monoculture has enveloped many of our private and public institutions. Aldous Huxley saw it coming 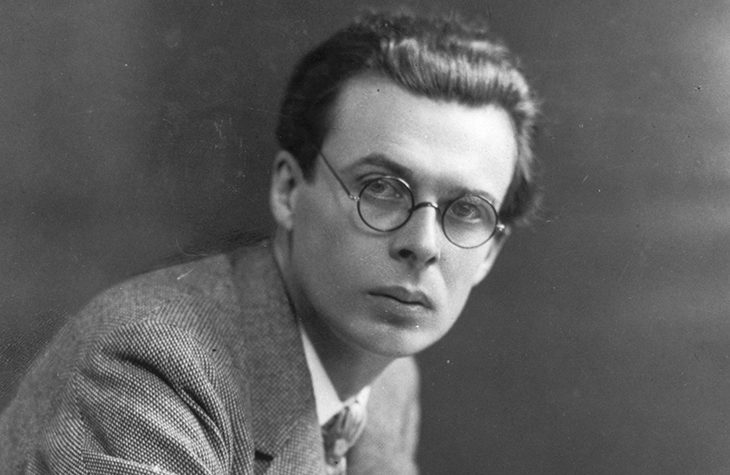 The deep state is no conspiracy theory

In 1958, Aldous Huxley foresaw a congestion of power able to shape and defy popular will. “Under the relentless thrust of accelerating over-population and increasing over-organization, and by means of ever more effective methods of mind-manipulation, the democracies will change their nature,” he predicted. “The quaint old forms—elections, parliaments, Supreme Courts and all the rest—will remain. The underlying substance will be a new kind of non-violent totalitarianism.”

The changes, according to the author of Brave New World, would be almost imperceptible. “All the traditional names, all the hallowed slogans will remain exactly what they were in...

In 1958, Aldous Huxley foresaw a congestion of power able to shape and defy popular will. “Under the relentless thrust of accelerating over-population and increasing over-organization, and by means of ever more effective methods of mind-manipulation, the democracies will change their nature,” he predicted. “The quaint old forms—elections, parliaments, Supreme Courts and all the rest—will remain. The underlying substance will be a new kind of non-violent totalitarianism.”

The changes, according to the author of Brave New World, would be almost imperceptible. “All the traditional names, all the hallowed slogans will remain exactly what they were in the good old days. Democracy and freedom will be the theme of every broadcast and editorial,” he continued. “Meanwhile the ruling oligarchy and its highly trained elite of soldiers, policemen, thought-manufacturers and mind-manipulators will quietly run the show as they see fit.”

The Deep State today is Huxley’s prophesy arrived. Like it or not, Americans live inside a power complex and thought machine that radiates from Washington, DC. Concentrated in blue metro counties and states, its moving parts and wheels, as with a clock, enable us to live in the exacting polity, economy, and culture that we do.

In lofty circles, it is said that the Deep State is a far-right conspiracy theory, nothing more. The very words elicit an eye-roll and a smirk. But what else synchronizes uncountable public agencies and their private-sector partners — wink-wink — in the absence of executive statesmanship? What has made the wheels of government go round and round this last year, and if we are honest, for a very long time?

Surface government, elected and appointed, is only its polished clock-face. Television and newspapers report the ticks and tocks daily. Right now, this clock-face looks like something melting, or covered with ants, a surreal dreamscape straight out of Salvador Dali.

The spectacularly inept Harris matters because Biden’s crumbling façade could collapse at any minute. And there she is, the nation’s prospective jeweler-in-chief, the overseer of what Charles Hugh Smith schematizes as “a vast structure that incorporates hard and soft power — military, diplomatic, intelligence, finance, commercial, energy, media, higher education — in a system of global domination and influence.”

The Deep State is not a conspiracy or a cabal but a consortium of shared statist assumptions propelled by high-minded or financial self-interest. K Street’s mercenary lobbyists push boondoggles. True believers and single-interest advocacies pride themselves on their tunnel vision. The actual bandits are few.

The Deep State includes the federal civil service and its satellites in states, counties and municipalities, funded by and loyal to central power. It includes the military forces and defense industry; money, banking, credit, and finance; research universities; oil and energy, transportation, housing, food, and utilities; and, of course, the all-important electronic ether.

From the Joint Chiefs of Staff and Centers for Disease Control to the S&P 500, progressive monoculture has enveloped segments of the Deep State that previously resisted identity politics. The manufacture and propagation of progressive opinion give the New York Times and Washington Post unique power inside its multifoliate complex. (The Murdoch empire fashions an “acceptable” counter-message.) Message journalists have no illusion about the malign energies they can channel left or right.

Woke has been trying for years to drum limited-government nationalists out of public life, calling them white supremacists and deplorables. Highly contestable outlooks on equity, race, acceptable speech, and biology stand inside public life as revealed virtue or expedient virtue. Woke can be a liturgy or a useful hustle. A malleable, celebrity-struck electorate wants its politics fast, simple, and preferably juicy. Junk news gets the eyes and clicks. Social media is trying to get inside your head, and knows how to do it better each year.

The moral arrogations of our times are said to be about justice and equality, but they are actually about the redistribution of power, wealth and status at the expense of property holders and taxpayers, targeting white America as devils. Claiming moral advantage, the unscrupulous and the predatory have used race, sex, and inequality to damn and destroy their foes.

However sound his policies, the charmless narcissist Donald J. Trump has made for an easy political target. His still-potent cult of personality does not offer constitutionalists great hope, nor does it have much to do with conservative principles. His tenacity and aura in fact galvanize progressive misrule. Meanwhile, the Biden administration and its allies conjure a legion of right-wing terrorists. Using health emergency and fears as a wedge, they engage in psychological and legal warfare against anti-statists and localists, now raising the specter of voter suppression.

Whatever the outcome of current power struggles, the Deep State needs rules and sanctions to protect its material bounty and interests. Government, education, technology, industrial and financial systems cannot be altered very much without seizing the engine. Irreconcilable public disputes, reckless resets, or mass emotional upheavals, and the risk is pandemonium.

As Huxley feared, America’s thought-manufacturers and mind-manipulators seek to shift authority exclusively in their direction, and “voting rights” is the latest turn in the seizure. Yet inflation and inequality, border implosion, lawbreaking and vagrancy, racial divisions, and medical realities intrude on would-be leftist magic.

“We will not wake up after the lockdown in a new world,” the irrepressible French writer Michel Houellebecq predicted at the onset of Covid. “It will be the same, just a bit worse.”

Two years later, the gas pump tells us to Go Green. The ATM asks us — before we can secure our money — to Celebrate Juneteenth or Save the Planet. Meanwhile, most Americans just hope their $100 fast cash will buy something close to what it did a year ago — and that they don’t get mugged retrieving it.