House arrest in China could be worse 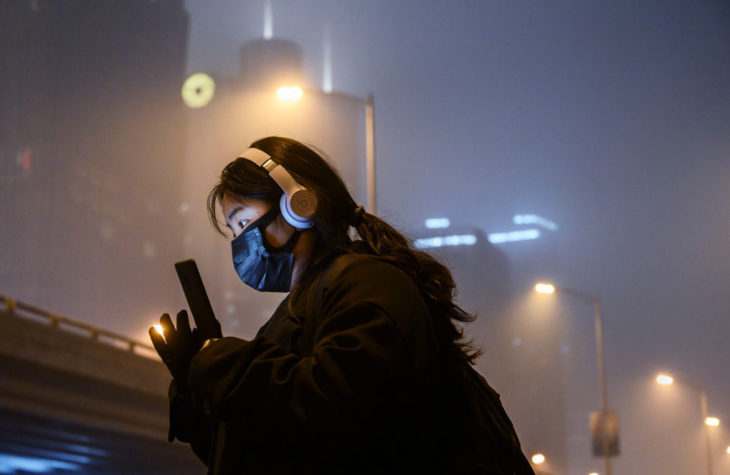 A woman wears a protective mask as she waits for a bus in Beijing, China

I’ve been quarantined, like millions of others in China. It was bound to happen sooner or later. I traveled all the way from Beijing to the third-tier city of Jining in Shandong province, where anyone arriving from another region must be detained for 14 days. There’s no kind way to deliver the news, so a Chinese colleague broke it to me over WeChat in a gentle but firm tone. It felt like being fired or dumped.

It could be worse. I’m free to leave my building, but...

I’ve been quarantined, like millions of others in China. It was bound to happen sooner or later. I traveled all the way from Beijing to the third-tier city of Jining in Shandong province, where anyone arriving from another region must be detained for 14 days. There’s no kind way to deliver the news, so a Chinese colleague broke it to me over WeChat in a gentle but firm tone. It felt like being fired or dumped.

It could be worse. I’m free to leave my building, but not the walled housing compound surrounding it. All exits are closed save for one gate, and a team of masked men behind a desk signs people in and out, scanning their foreheads with the ubiquitous pistol- like infrared thermometer. A designated family member is allowed out to buy food during the supermarkets’ strictly controlled new opening times. Luckily, a contact does this for me.

Quarantine’s struggles are mental rather than physical. Like a cat in its cage, you rest easy if you know the door’s open; once it’s closed, you scratch at the bars with an insatiable itch. Cooped up, people across China have resorted to creating elaborate videos and memes. Cell phone and online gaming traffic have spiked enormously; and a few weeks ago, a photo appeared on the social media site Weibo showing an empty condom stand in a Beijing supermarket.

The Chinese have generally responded with stoicism and compliance. Most voluntarily self-quarantine out of fear. Deprived of the security of modern medicine or concrete facts, we revert to basic empiricism and intuition. We may look ridiculous, but who cares if it saves our skins? Garlic is a traditional cure-all in Chinese medicine, so why not chew on a clove? Rumor has it that the virus can’t survive high temperatures. Perhaps we should try blowing our bodies all over with a hairdryer, or sit under a sun lamp?

No one really knows the level of contagion. Uncertainty in official news bulletins fuels our paranoia. You can’t be too careful and the social pressure is intense. I’ve glimpsed people alone in their cars with the windows up, still wearing their face masks. One news team rounded on a market trader and asked him why he wasn’t wearing a mask. ‘I’m eating,’ he protested. No excuse: I’ve seen a man quickly lift his mask, scoop noodles into his mouth, replace the mask to chew, then repeat this complicated process over and over again.

For others, a mask isn’t enough. I’ve watched clips of adults converting hollowed-out water coolers into helmets for their children, of people booking tickets at train stations clad in plastic head-to-foot and, in one case, squeezing out of the front door in an inflatable Christmas tree. With pets suspected of carrying the coronavirus, forlorn felines gaze though eyeholes cut out of human-sized surgical masks.

If they can be found amid the panic buying. Early in the crisis, 80 million face masks were sold on the Taobao website in one day, according to What’s on Weibo. As stocks vanished, rumors circulated that the government was preventing their sale. Bra cups, halves of melon and sanitary pads were used as substitutes. When a report claimed that one traditional Chinese medicine could be effective, it sold out nationwide at once. Rumor is a self-fulfilling prophecy. There was a shortage of toilet paper in Hong Kong after stories emerged about an expected shortage of toilet paper.

The reaction to the virus is potentially more dangerous than the virus itself. People resort to scapegoating outsiders or shunning members of a suspect group. An individual speaking with a Hubei accent risks the cold shoulder in many parts of China. In some cities in northern England, people of East Asian mien have apparently been harangued in the street. Spare a thought for those poor Chinese students caught in the crossfire of panic. In China they risk punishment for not wearing masks in public. In the West, they face abuse for wearing them.

Secret fears also surface in international relations. While some Chinese are asking if the virus is an American biological weapon, Sen. Tom Cotton has suggested it might originate in China’s biological weapons’ program. As author Mario Cavolo pointed out, no one suggested travel bans on Americans or the expulsion of American nationals at the height of the swine flu pandemic in 2009. Why should China now be under so much more pressure?

Across China, people have been returning to work in a national display of ‘business as usual’. Perhaps we should also start to put the coronavirus in context. By mid-February, according to the Chinese government, 0.003 percent of China’s population had reported symptoms. Large numbers of cases may go unrecorded, but the world is acting as if all Chinese are carriers.

We will get used to this new reality and the media spotlight will wander. In both China and the West, I suspect that rather like with ‘Gangnam Style’ or the Harlem Shake, we will be left with an embarrassing aftertaste: ‘Why did we go crazy about this?’

Down on the ground, there are upsides. In the courtyard of our gray housing compound, a fond father watches his four-year-old son screaming joyously as he chases sparrows.

‘These three weeks are the longest I’ve ever spent with him,’ he says.