‘To see other Americans (conservatives) be unduly intimidated, fired and even physically harmed, is unacceptable’ 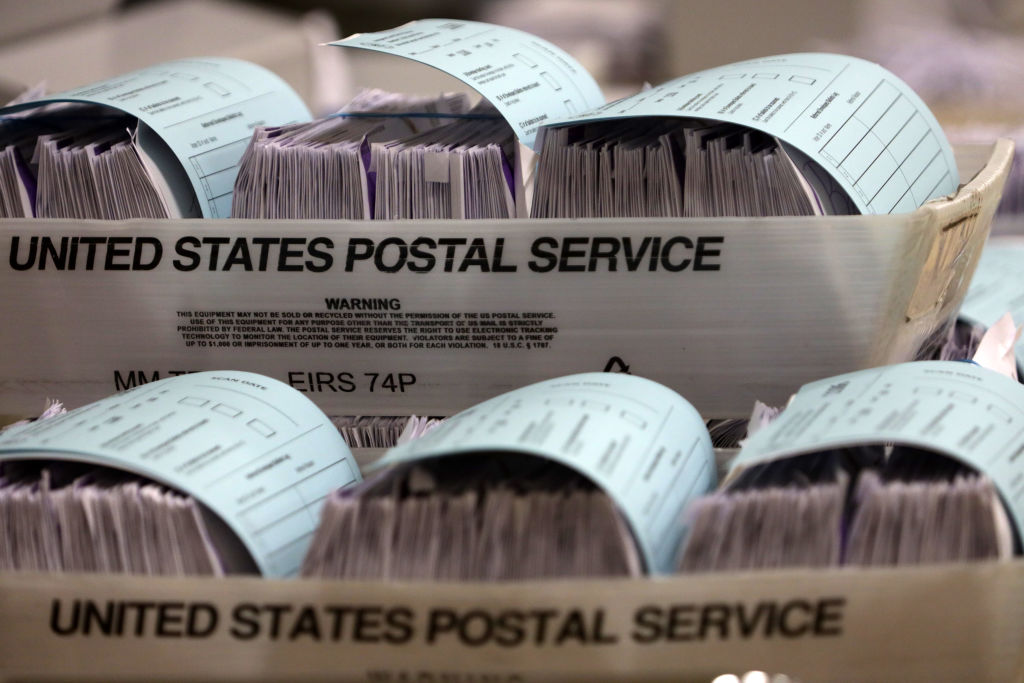 Make no mistake about it, I’m a suburban middle-class mom of two and a Trump supporter. I have been ever since I saw him coming down that escalator. I’m voting for Donald Trump because he has clear, defined goals for Americans — all Americans — and for America. Despite the left’s constant attacks on him, he persists and delivers — that’s tenacity. He doesn’t back down. He’s a fighter and that’s what we need for our country, now more than ever.

Make no mistake about it, I’m a suburban middle-class mom of two and a Trump supporter. I have been ever since I saw him coming down that escalator. I’m voting for Donald Trump because he has clear, defined goals for Americans — all Americans — and for America. Despite the left’s constant attacks on him, he persists and delivers — that’s tenacity. He doesn’t back down. He’s a fighter and that’s what we need for our country, now more than ever.

When I voted for him in 2016, I saw this man as more of a regular American than any career politician. What you see is what you get. Just the truth — that’s what we needed in 2016 and what we still need in 2020. He was a straight-shooter and had a stellar record in the private sector as a kick-ass business man — and I knew he was the person we needed in the Oval Office. Someone who, like me, loved our country and wanted to see it be great. He was the exact opposite of Barack Obama, Hillary Clinton, and now Joe Biden.

Why am I a Trump supporter under the radar? Honestly, I vacillate between taking a stance and just wanting to be left alone. So while I want to shout my support and opinions from the rooftop and on social media, I just can’t. My position at work would be at risk. Isn’t that a sad state of affairs? I am a patriot and have deep roots in our country. My dad was in the Army for 30 years and I have ancestors who fought in every war since the American Revolution. I stand on their shoulders and their sacrifice. I grew up as an Army brat and lived in Berlin during the height of the Cold War for years. I saw first-hand what suppressing people’s opinions, choices and lifestyles does. To see other Americans (conservatives) be unduly intimidated, fired and even physically harmed, is unacceptable. Yet I generally keep my opinions to myself. It’s not right. I feel disloyal because I’ve always told my kids if you don’t stand for something, you’ll fall for anything.

I grew up all over the place, but consider Maryland my home and chose to raise my family here. While I live in a more rural, small town, I am acutely aware that I live in a blue state as soon as I make my way outside of our area. It’s hard staying under the radar in general, but even more so in a variety of settings, including my workplace. It’s especially hard to bite my tongue when people openly share liberal views, assuming everyone feels the same way. I find it hard to swallow that people are either blindly following or just not paying attention at all. I want to scream at them and say, ‘wake up, you’re being played!’ It seems the tone and tenor of our state changed once Obama vowed to ‘fundamentally transform America’. I know I can’t be the only one who thinks this.

I’m voting for Trump because he has vowed to drain the swamp/buck the establishment. Picture in your minds two recent scenarios: Nancy Pelosi and her gourmet ice cream in her $25,000 freezer. Joe Biden smugly telling a man ‘I don’t work for you.’ Public servants? No way — they don’t represent me at all. Both have forgotten who they work for: you and me, the taxpayers and their employers.

I’m voting for Trump because he supports law and order. My son-in-law is a police officer. He’s a wonderful husband to our daughter and father to our grandson. When he leaves home everyday, our family says a collective prayer for his safe return. Once I saw thugs tearing down our country’s statues, burning businesses and executing officers, I knew this was much more than anger over police brutality. I worry for no other reason than my son-in-law wears a blue uniform, that his life is on the line. Law and order must prevail and Donald Trump will make sure this happens. It must.

I’m voting for Trump because he has grown our economy. During the Obama-Biden years, my husband and I found ourselves caught in the recession of 2008. After a few years of just keeping our heads above water, we had to sell our home and move out of state. It was a bad time for our family and it underscored how volatile the economy was. We have since moved back, both gotten better jobs and are on track for the next phase of our lives. Despite the pandemic and all the economic fallout, I feel Trump is the only one who can bring it back. I don’t trust someone who hides in their basement. The roaring economy is a hallmark of the Trump presidency.

I’m voting for Trump because he shares my values: respect, honesty, integrity, marriage, hard work, a belief in God, the important role of present fathers and school choice. Having all of these things makes me proud and happy. I want that for my kids and grandchildren and all Americans.

I believe the President’s goal is to embrace our collective American experience, live by it, learn from it and move in a shared experience into the future. I share this vision and pray he is elected again.