The CCP faces up to a looming demographic disaster 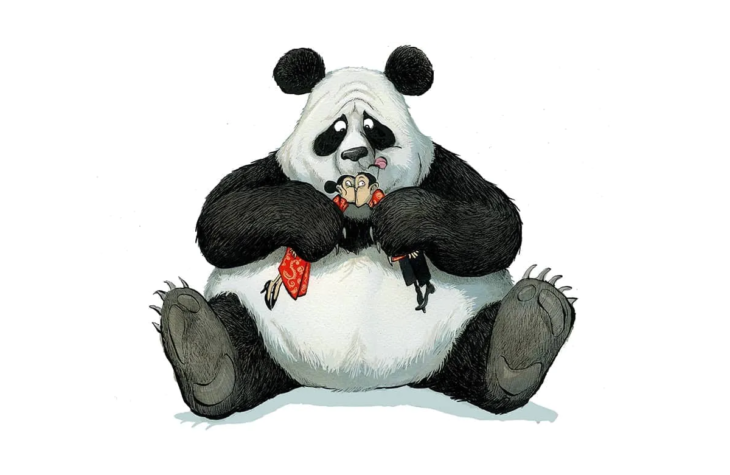 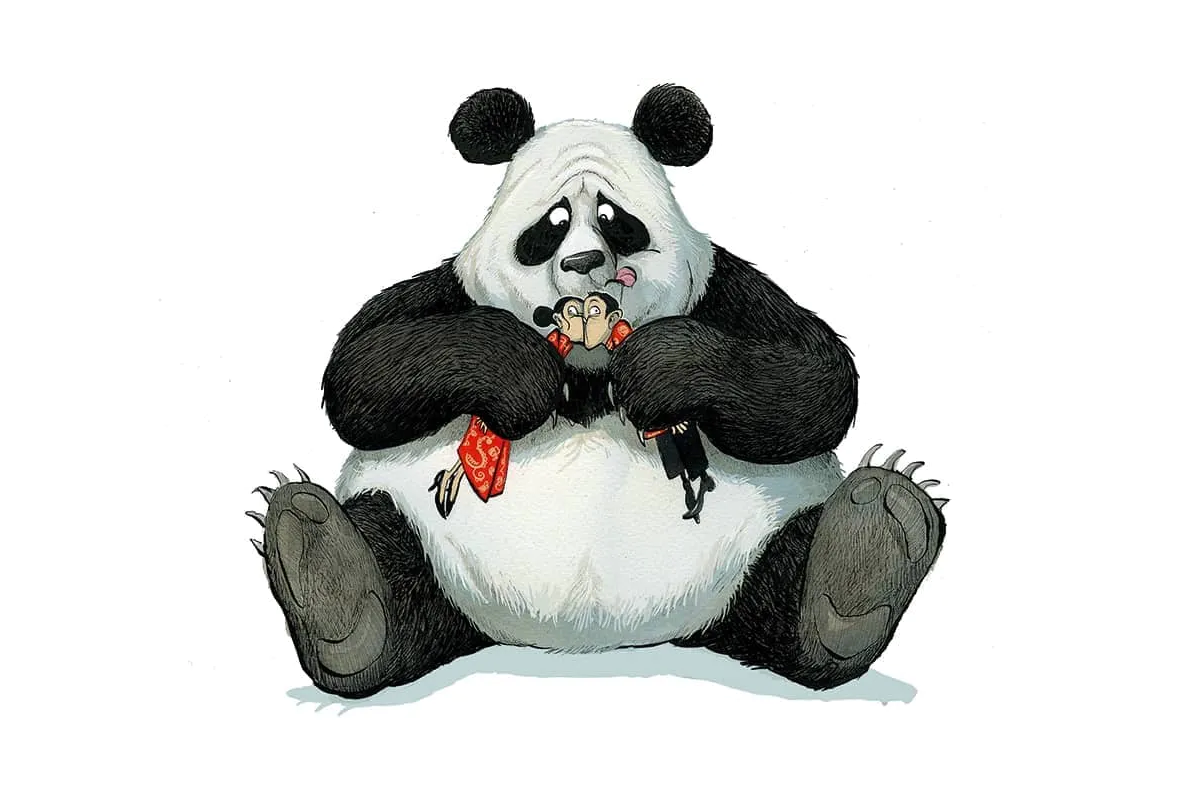 This week, the world is gripped by the risk of conflict between the US and China. The People’s Liberation Army has fired live missiles into the Taiwan Strait in retaliation for House Speaker Nancy Pelosi’s visit to Taipei and those who fear that China versus America is the next world war see Taiwan as a flashpoint. Some analysts imagine a repeat of the Cold War: two countries, two rival political systems, vying for world economic supremacy.

China’s dominance is inexorably linked to the size of its population. It has long been the world’s most populous country....

This week, the world is gripped by the risk of conflict between the US and China. The People’s Liberation Army has fired live missiles into the Taiwan Strait in retaliation for House Speaker Nancy Pelosi’s visit to Taipei and those who fear that China versus America is the next world war see Taiwan as a flashpoint. Some analysts imagine a repeat of the Cold War: two countries, two rival political systems, vying for world economic supremacy.

China’s dominance is inexorably linked to the size of its population. It has long been the world’s most populous country. A technologically advanced society, with a great army of young workers and soldiers, is inevitably a power to be reckoned with. Only three years ago the UN predicted that in a decade China would reach a population peak of 1.46 billion. But what if these forecasts are dramatically wrong? What if China’s saber-rattling masks a fear of a demographic collapse — a baby bust?

According to a new UN report, China’s population growth has collapsed by 94 percent, from 8 million a decade ago to just 480,000 last year. What’s particularly worrying for Chinese leaders is that this means a rapid reduction in the working population. The previous set of projected figures suggested that by the year 2100, China’s 15-64-year-old population would be 579 million. This has now been revised down to 378 million, a 35 percent fall. If this prediction plays out, the implications for China — and the rest of the world — could be brutal.

Today, every 100 working-age Chinese need to support twenty retirees. If trends continue, by the turn of the next century, every 100 workers will have to support 120 retirees. This means China will have the largest drop in working-age population among any of the G20 economies by 2030, with more than 23 million fewer Chinese. In percentage terms, Japan and South Korea will shrink even faster — but they became rich before birth rates began plummeting.

China likes to talk a tough game. But the demographic crisis means that there is a question over the way in which China could sustain any military attack. Part of the reason for Vladimir Putin’s invasion of Ukraine was a calculation that soon the Russian army wouldn’t have the manpower for a full-blown war. Xi Jinping faces a different dilemma — can the People’s Liberation Army continue its shift from a force based on sheer numbers to one that is smaller and relies on technology first and foremost?

China is a middle-income country, with a per capita average income of around $12,500. Its ambition is to match Japan’s (about $39,000) but the baby bust may mean that China’s ambition to become the world’s largest economy is slipping out of reach. Some analysts are suggesting it may never overtake the US. How can the Chinese economy keep growing at 5 percent or more if its working age population shrinks? A much more likely scenario is that with a more humdrum 2 to 3 percent growth, the average Chinese in 2050 might be richer than their compatriots of a half-century before, but still much less well-off or productive than the average American.

The number of babies born in China fell to 10.6 million last year, 1.4 million lower than the year before. This was a lower birth rate than in the great famine of the 1950s, despite the fact that the one-child policy ended in 2015. China’s leaders have responded to this ever more urgent crisis with a series of measures to encourage more births — but to little avail. In 2018, Chinese media caused a stir by promoting the idea that women should not wait for “Mr. Right” but instead make do with “Mr. OK”; one newspaper editorial even warned that “marriage is a process of tolerating each other.” Over-thirties who have not yet married have become known by the ugly term “leftover women.” Nothing But Thirty, a hit 2020 TV series set in Shanghai, featured a character, Wang Manni, who finds herself still searching for love in her fourth decade and fearing that she has been left on the shelf, despite her professional success.

The demographic crisis will crash up against the other, wobbling pillars of the Chinese economy. China, unlike the West, is not suffering from high inflation. But it does have a fragile financial and real estate sector that makes many ordinary people exceedingly nervous. Recently, banks in Henan province shut their doors, sparking fears that investors’ money is vulnerable. For many, the answer has been to invest in what seems to be a solid choice: property. But the market has significant instabilities. Last month, would-be homeowners — who have started paying mortgages on unbuilt properties (quite common in China) — are threatening a payment strike if completion is not guaranteed. Some major real estate firms are in danger of collapse.

Chinese families with their own apartments find that the space is tight and that having more than one child is tricky. Government propaganda is no substitute for spare bedrooms and spacious living quarters, which are in short supply, as is affordable childcare.

China’s middle class — the professional, high-skilled workforce on which future growth depends — has become wary about the future. A new phrase is circulating on social media — “graduation then unemployment.” (It rhymes in Chinese — biye jiu shiye.) One reason for China’s growing unemployment is the immediate effects of the Covid lockdowns: the private sector, the engine of China’s economic growth, has found it difficult to create jobs when it can’t predict business conditions. Yet the economic and social effects of isolation from the outside world might be more damaging to China over the long term. The Chinese Communist Party needs global talent to keep the country at the cutting edge of technology and many Chinese professionals return from the West to make new lives in their homeland, particularly in areas such as technology and financial services. But that entrepreneurship is hard to square with the thought that borders can stay closed and lockdowns are regularly imposed every time a single case of Covid emerges in China.

As China’s population shrinks and ages, there will be visible effects on the global economy. In the next decade, China’s huge appetite for raw materials, such as iron ore, cement and copper, will be likely to reduce as the property sector shrinks, affecting corporations and countries that supply their industry.

As economist George Magnus observes: “Chinese construction and property are probably the most important sector in the world economy, accounting for up to 29 percent of annual Chinese growth.” This won’t mean any sudden collapse. Domestic demand will keep China chugging along, but it makes it more likely that China will take an inward turn that feeds into a wider sense of frustration and anomie.

China’s neighbor Japan provides a picture of China’s possible future. Japan has seemed to engage less with the world since the economic downturn of the 1990s — and fewer young Japanese choose to get married and have children.

In Japan, half a million people live as modern-day hermits. They are known as hikikomori — recluses who withdraw from all social contact and often don’t leave their houses for years at a time. A government survey found roughly 541,000 hikikomori (1.57 percent of the population), but many experts believe the total is much higher. Young Chinese are beginning to sound strikingly similar. Some declare they aren’t going to give in to the constant demands to work hard and contribute to GDP, and instead say they will “lie flat” (tang ping). When accused by police of betraying future generations by not obeying Covid rules, the young declare mockingly that ‘we’re the last generation’: meaning they refuse to have children.

In recent months, a new term has been seen on Chinese social media — runxue — the “study of run,” as in “running away.” Young Chinese workers are dispirited by the cocktail of Covid restrictions, highly competitive working environments and social pressure to get married and do well financially.

It is costly and complex to leave the country and start again elsewhere, but the rise in internet searches about emigrating suggests that the prospect of leaving China is tempting a significant proportion of the professional young.

China currently has a pension age of fifty to fifty-five for women and sixty for men: state workers benefit from these low ages, but this will not be sustainable for too much longer, and raising the pension age is likely to bring about serious protests.

Another way of lowering the average age of the working population is immigration. Southeast Asia, in particular the Philippines, has become a hub for the migration of young women workers in areas such as healthcare and the care of elders, most recently to Japan. However, mass immigration has never been part of China’s policy toolkit, and the arrival of large numbers of workers with different linguistic and social norms would be a tough sell for the CCP.

So will China inevitably decline? Not necessarily. It currently spends 2.4 percent of its GDP on research and development across the public and private sectors and that brings results, although education standards are much higher in cities than rural areas. There are hi-tech ecologies in south China, Zhejiang province and northwest Beijing that are in the global top tier by any standards. Innovations in green technology have the potential to make China a world player in renewable energy, though the target of 2060 for net zero looks unambitious, and there’s the trouble of the country’s continued addiction to coal. China also has a globally competitive life sciences sector: that will be key to smarter, cheaper healthcare as the population ages.