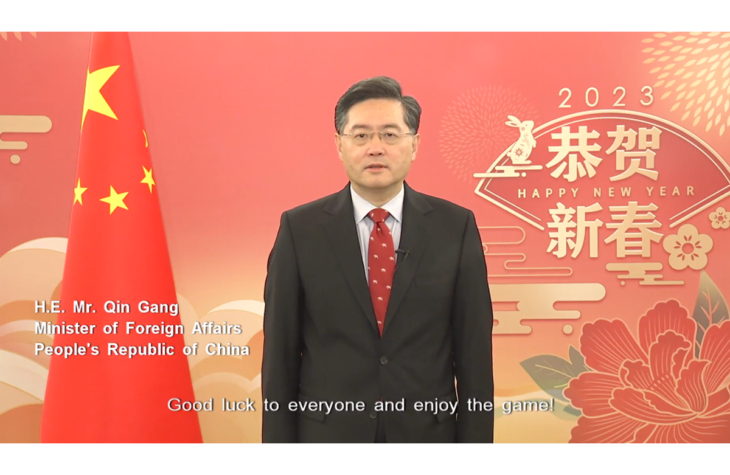 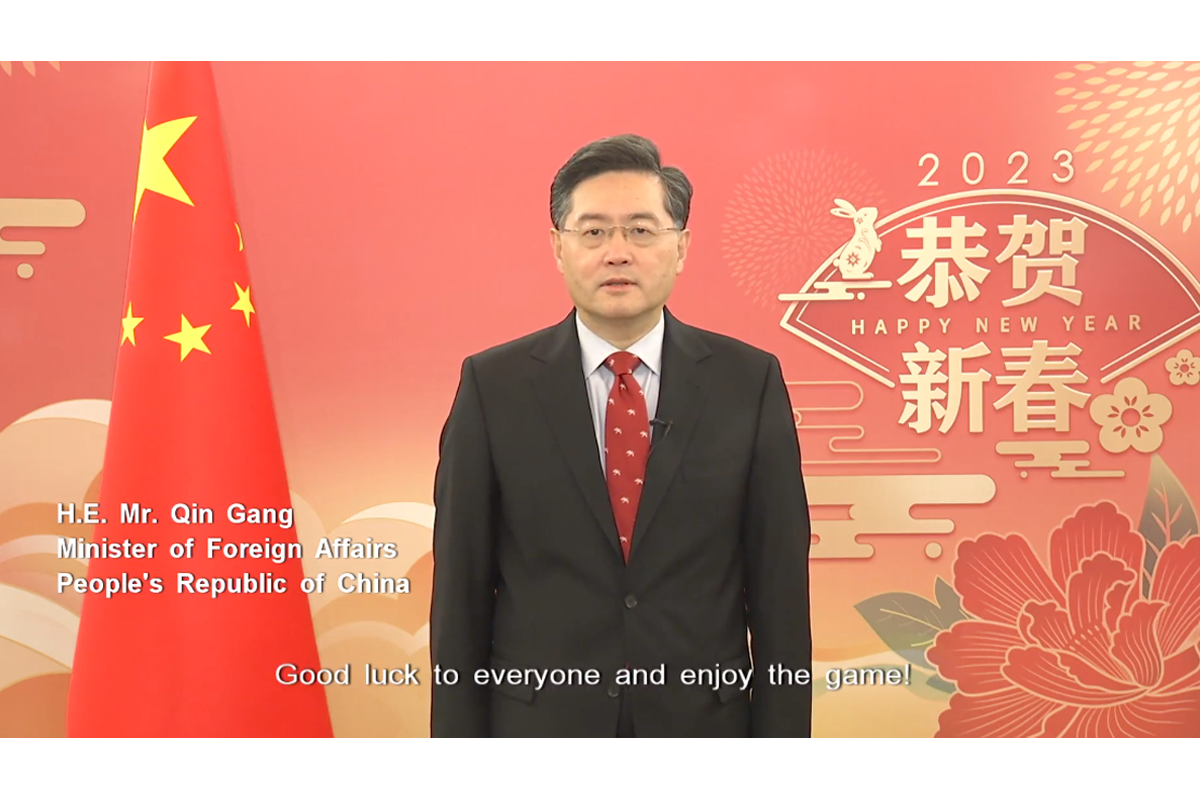 China’s new foreign minister issued his first public statement at a Washington Wizards game this weekend. “Happy Chinese New Year to DC family,” Qin Gang said, in a video blasted on the giant screens across Capital One Arena and shared by news outlets controlled by the Chinese Communist Party.
https://twitter.com/cgtnamerica/status/1617008162275528711?s=42&t=IQmzS3-Fo2PbedZyvgzBIg
It was a continuation of China using American sporting events as a means of exerting its soft power, and yet another stark example of the existential challenge that the United States faces in its struggle to outmaneuver the Chinese Communist Party — even in its own capital...

China’s new foreign minister issued his first public statement at a Washington Wizards game this weekend. “Happy Chinese New Year to DC family,” Qin Gang said, in a video blasted on the giant screens across Capital One Arena and shared by news outlets controlled by the Chinese Communist Party.

In a video message during tonight's NBA game at the Capital One Arena in Washington, D.C., China's Foreign Minister Qin Gang addressed the massive crowd and wished everyone a #HappyChineseNewYear while welcoming the #YearoftheRabbit. pic.twitter.com/0fZ5RnWnAn

It was a continuation of China using American sporting events as a means of exerting its soft power, and yet another stark example of the existential challenge that the United States faces in its struggle to outmaneuver the Chinese Communist Party — even in its own capital city.

China’s increased presence in American sports is raising eyebrows on Capitol Hill, located just a few miles away from where the Wizards play.

For some Wizards fans, visits from Qin are becoming a regular part of the viewing experience. Last Chinese New Year, he appeared on the stadium’s Jumbotron, touting the fact that the Wizards were the first NBA team to visit China back in 1979. He even shot hoops from the court last month, back when he was China’s ambassador to the US.

During the timeouts in the game, the Chinese Embassy boasted that “the staff tossed many Chinese zodiac rabbits to the audience and triggered a ‘scramble’… The panda mascots, played by Chinese diplomats’ children, made an impressive appearance on the court, winning loud applause and cheers from the audience.”

With Qin in an even more elevated role, a new Republican House majority eager to tackle the China challenge is taking notice. “It’s disgraceful the NBA and Wizards would allow a genocide-denying official who is threatening global security such a platform,” Representative Mike Waltz told me. “I hope the China Select Committee zeroes in on the NBA’s addiction to Communist China.”

Waltz, a longtime China hawk, is right. Qin has been denying the widely reported genocide of China’s Muslim Uighurs in Xinjiang for over ten years, calling the accusations “big lies of the century.” He also threatened war with the United States and Taiwan as recently as last year.

Representative Ashley Hinson of Iowa is a newly appointed member of the House’s bipartisan China Select Committee. She told me that she plans to focus on the relationship between the NBA and China. “Giving CCP mouthpieces a platform whitewashes their human rights abuses, but unfortunately this isn’t the first time the NBA has given way to the CCP to make a buck,” she said. “Americans and American companies must be clear eyed about the CCP and their propaganda – this will be a focus of our work on the China Select Committee.”

The NBA’s ties to China have been described by Republicans, including Waltz, as an “addiction.” Republican Senator Tom Cotton of Arkansas, one of the party’s leading voices on foreign policy, told me that “the NBA is so addicted to the Chinese market that it’s been reduced to carrying water for the Chinese state.” The value of NBA China was at least $5 billion as recently as last year — and many of the team owners have business dealings of their own in the country.

Chinese New Year events are familiar across the NBA, and have been for years. Most, however, do not feature addresses from high-level figures in the country’s communist government.

Capital One Arena isn’t just home to an NBA team, something the Chinese communists are keenly aware of. As the United States was mounting its diplomatic boycott of the Chinese Olympics in 2022, which were derided by critics as the “genocide games,” Qin appeared on the Jumbotron during a Washington Capitals hockey game.

I reported at the time about the scene: “A correspondent for China Global Television Network, a state-controlled propaganda outlet, distributed plush toys to fans and recruited Capitals mascot Slapshot to toss Chinese souvenirs into the crowd. The propaganda outlet also interviewed Capitals fans about their favorite Olympic events.” The Capitals were blown out of that game 7-3.

The Capitals and the Wizards are both owned by Monumental Sports & Entertainment, which also owns the arena they play in. For years, the firm has been at the forefront of using DC-based sports teams to create what Forbes described as a “gateway to China.” Monumental’s owner, billionaire Ted Leonsis, is bullish on the future of China as the next great hub for NHL hockey. It’s very possible that Leonsis will be in the running to purchase the Washington Nationals as well, which would expand his DC sports empire even further.

Beyond the NBA and NHL, other American sports conglomerates and their billionaire owners have shown signs of appeasing Beijing, or long-term plans that will offshore American jobs to China. The National Football League has falsely labeled Taiwan as part of China, and the iconic American baseball bat brand Louisville Slugger is now owned by Chinese conglomerate Anta Sports Products, which helped kick off China’s boycott of the NBA after Houston Rockets general manager Daryl Morey tweeted in support of Hong Kong protesters in 2019.

While the Wizards did win the game Qin spoke at, the team’s future for the Year of the Rabbit doesn’t look so good. They are currently twelfth out of a possible fifteen in their conference standings.