China delayed its 2008 financial crisis until 2022

The nation’s spending-fueled growth only delayed the inevitable 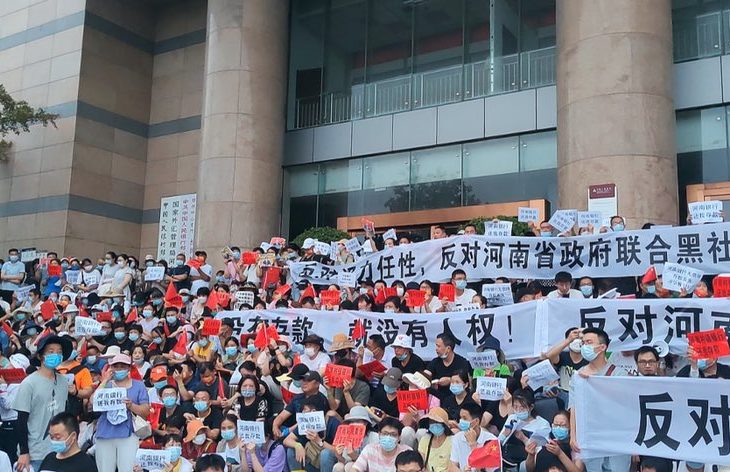 China delayed its 2008 financial crisis until 2022

The year 2008 was consequential by many measures. The collapse of the US investment bank Lehman Brothers sparked a worldwide financial crisis. Yet China appeared to emerge out of it relatively unscratched after Beijing introduced a massive stimulus package in the world, about three times the size of the United States government's rescue program. Thanks to this expansionary fiscal policy and the easy credit that came with it, the Chinese economy quickly returned to its robust growth by growing 8.7 percent in 2009 and 10.4 percent in 2010.

After 2008, the Chinese Communist Party leaders concluded that...

The year 2008 was consequential by many measures. The collapse of the US investment bank Lehman Brothers sparked a worldwide financial crisis. Yet China appeared to emerge out of it relatively unscratched after Beijing introduced a massive stimulus package in the world, about three times the size of the United States government’s rescue program. Thanks to this expansionary fiscal policy and the easy credit that came with it, the Chinese economy quickly returned to its robust growth by growing 8.7 percent in 2009 and 10.4 percent in 2010.

After 2008, the Chinese Communist Party leaders concluded that China “escaped” the financial crisis because of its outstanding leadership and the superiority of the Chinese political system over deeply flawed western democracies. The party’s confidence in itself has quickly grown into arrogance and it ushered in Xi Jinping, the CCP’s most assertive and nationalist leader since Chairman Mao. Xi has suppressed dissenting voices at home while unleashing “wolf diplomats” to deliver coercive economic and foreign policies abroad.

Yet, as a banking and mortgage crisis emerges in China in 2022, it seems China didn’t escape the 2008 financial crisis, only delayed it. The canary in the coal mine started in May when hundreds of depositors of five village banks staged a protest in central China’s Zhengzhou, Henan province, after the banks froze their deposit accounts amid a government investigation. Regulators accused these village banks of selling illegal wealth management products to customers and misappropriating customers’ money for risky investments. About 400,000 depositors and their assets of about 40 billion yuan ($6 billion) were affected.

Under China’s banking laws, deposit insurance does not cover losses resulting from investing in illegal wealth management products. Depositors were angry that they could neither get their money out nor receive refund for their losses. Rather than addressing these depositors’ concerns, Zhengzhou authorities used a health code system designed for Covid-19 surveillance and tracking to thaw the second mass protest organized by depositors in June. Chinese netizens widely criticized the authorities’ abuse of power on social media.

In July, hundreds of desperate depositors across China staged another protest in front of the Zhengzhou branch of the People’s Bank of China, the nation’s central bank. They were violently attacked by young men in white shirts while police nearby did nothing but look on. The video of the violence that day went viral and sparked another round of outrage on China’s social media, with many accusing the Zhengzhou authorities of sending thugs to intimidate protestors. Wearied about instability caused by mass protests, Chinese banking regulators began to refund depositors of these five village banks with up to 100,000 yuan (equivalent to about $14,800) per person.

These five village banks were just the tip of the iceberg. China has about 4,000 such village banks with $14 trillion in assets. They were initially set up to ensure the underserved rural population have access to credit. Instead, they have become piggy banks for corrupted local governments, often making loans to curry political favor with little credit risk analysis. Poorly managed and saddled with bad loans, these banks are “the weak link in China’s banking system.”

These village banks’ predicament wasn’t noticeable when China experienced double-digit economic growth. But they are difficult to hide as China’s economic growth has significantly slowed in the last two years due to Beijing’s harsh zero-Covid policy that caused a long period of lockdowns that have kept people at home and businesses shut down. Since the Chinese government has provided little Covid-19-related social welfare support, many people have to live off their savings, and companies are too cash-strapped to make their loan payments. This economic reality has exposed long-existing issues at these village banks.

In the past, authorities often compelled large Chinese banks to bail out troubled smaller ones. But this time, big Chinese banks have to face the reckoning of their own bad debt problem. For the past decade, they have lent billions to developing countries to build infrastructures under China’s “One Belt and One Road Initiative.” The World Bank recently warned of a growing debt crisis among many developing countries due to the rising food and energy inflations worldwide and a global economic downturn. Consequently, Chinese banks likely have to write off billions of these “Belt and Road” loans. Minxin Pei, professor at Claremont McKenna College, pointed out, “If big Chinese banks themselves face rising nonperforming loans abroad, they will be less able to help bail out insolvent small or medium-sized banks at home.”

Besides a banking crisis, a real estate crisis is looming in China. Chinese real estate developers typically sell housing units before completion, and buyers usually put down payments and begin to make mortgage payments long before their properties are finished. The key driver of this practice is that Chinese people do not have confidence in the nation’s stock markets. Therefore, they have invested their life savings in real estate. According to Chinese banking regulation, developers were supposed to keep buyers’ prepayments in escort accounts to ensure the completion of promised projects. Instead, developers have used these prepayments, in conjunction with easy credit from banks, to finance their next projects.

China’s red hot real estate market started to cool down last year after Chinese leader Xi Jinping’s crackdown on private businesses. Evergrande Group, China’s second-largest real estate company, ran into a liquidity problem because it couldn’t get easy credit from Chinese state banks as it had done for decades. With more than $300 billion in debt, Evergrande defaulted on its US dollar-dominated debt in December 2021. Dozens of smaller developers followed suit. These defaults left millions of projects unfinished, housing demand dropped, prices fell, and sales went down.

A small group of anxious homeowners recently circulated a list of thirty unfinished real estate projects on social media and declared they would stop making mortgage payments. The list hit a nerve and has grown to include more than 300 unfinished properties across China. Government censors have been busy removing messages related to this mortgage revolt. But the movement is gaining momentum. According to the Wall Street Journal, the potential mortgage default due to government intervention would be “between $150 billion and $370 billion — a relatively miniature portion of the roughly $5.7 trillion total mortgages on the balance sheets of Chinese financial institutions; as of March.”

While the magnitude of mortgage default seems low, the more significant concern is consumer confidence. About 80 percent of Chinese households’ wealth is tied to real estate, and the sector contributes to 30 percent of China’s GDP. If Chinese consumers lose faith in the nation’s real estate market, the sector may collapse, and its fallout will bring down the nation’s economy and cause social instability.

Beijing will likely have no choice but to rescue its banking and real estate sectors for the sake of social stability. But given the country’s debt to GDP ratio was already at 303 percent as of 2019, how much it could do without sparking a sovereign debt crisis is a big question. If history offers any guidance, when Greece’s debt to GDP ratio reached 180 percent a decade ago due to excessive government spending, it sparked a sovereign debt crisis that required multiple bailout packages from the European Union. Even though China is a much bigger economy, it’s not immune from the law of economics. The nation’s spending-fueled growth since 2008 only delayed the inevitable. The Chinese people are paying a dear price for a one-party rule political system that suppresses healthy policy debates and dissents.