The chaining of Tom Wolf

Pennsylvania voters stay their governor and his COVID edicts 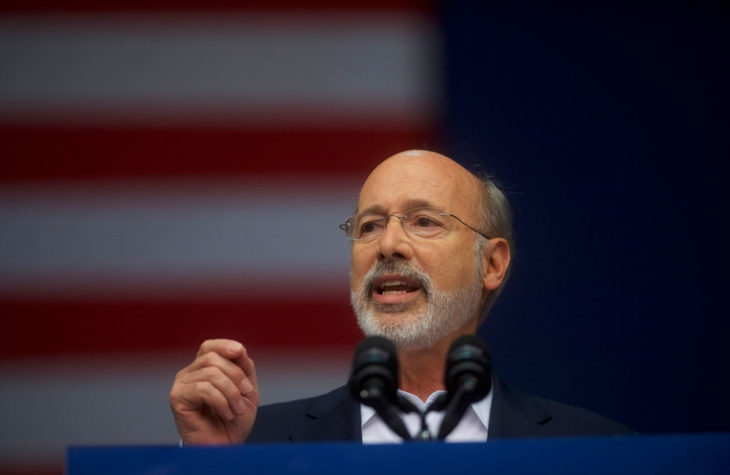 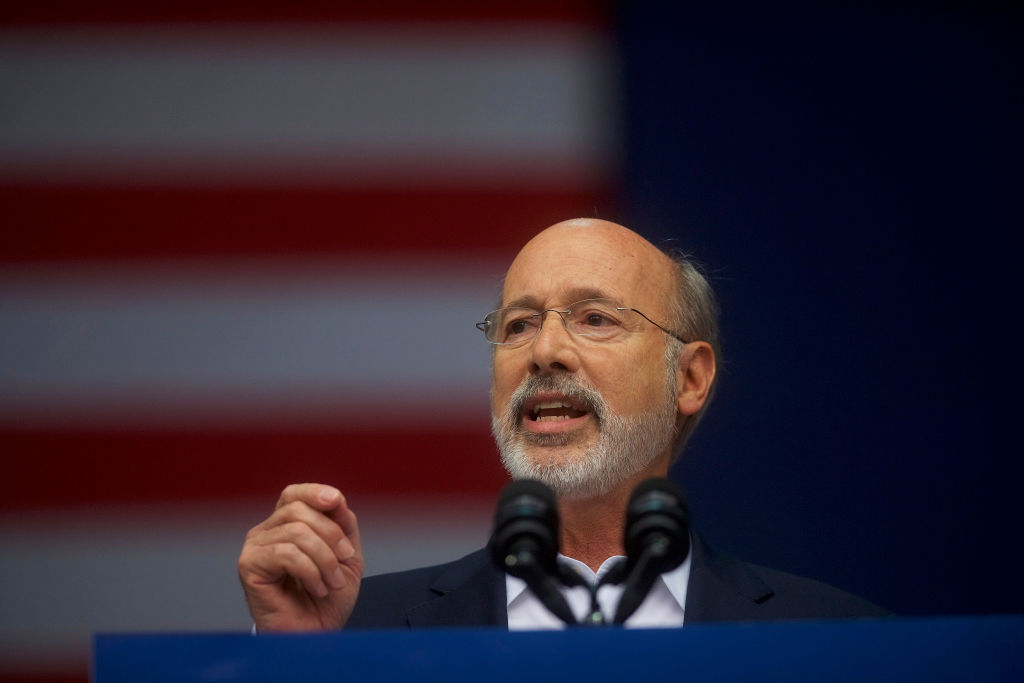 The chaining of Tom Wolf

It can now be said that Gov. Tom Wolf has driven reform in Pennsylvania — and no matter that it checks his own authority.

That reform consists of amendments to the state constitution, approved last week by referendum and intended to halt the string of emergency orders that Wolf has issued since the start of the COVID epidemic. Although legislatures across the country have entertained a flurry of bills to curtail the reach of executive lockdowns, Pennsylvania is the only state to put such a stay on a governor to a popular vote.

It can now be said that Gov. Tom Wolf has driven reform in Pennsylvania — and no matter that it checks his own authority.

That reform consists of amendments to the state constitution, approved last week by referendum and intended to halt the string of emergency orders that Wolf has issued since the start of the COVID epidemic. Although legislatures across the country have entertained a flurry of bills to curtail the reach of executive lockdowns, Pennsylvania is the only state to put such a stay on a governor to a popular vote.

It isn’t as if Wolf has been the most arbitrary governor in the country, not in view of Cuomo in New York, Whitmer in Michigan and Newsom in California. The competition for that distinction is too stiff. Even so, his initial edicts were draconian and he has relaxed them only grudgingly.

He locked down hard in March last year with shelter-in-place orders and closure of businesses deemed ‘non-life-sustaining’. Nearly a quarter of the statewide workforce were jobless within a month. Schools closed. Anybody venturing out, even into the great outdoors, was to mask up. There were tragic outbreaks amid the most vulnerable, followed by acrimonious debate over what might have been done to prevent them. For a while, nearly 70 percent of COVID-attributed deaths were being counted in the less than one percent of the population residing in nursing homes.

It didn’t help appearances that a stay-open waiver went to Wolf’s own former company, a supplier of kitchen and bath cabinets, until the press took note; nor that Rachel Levine, then Wolf’s health secretary overseeing nursing-home directives, now a high-ranking health official in the Biden administration, helped her mother move out of a long-term-care residence.

The governor’s orders, while persistent, were adaptable. When in the spring of last year protesters (signage: ‘Every Business Is Essential’; ‘Liberate Pennsylvania’) converged on the state capital of Harrisburg, Wolf warned of deaths to follow if businesses reopened too soon. When that following summer a Black Lives Matter congregation walked the same streets, he joined in, masked but veering near the social-distancing borders of his fellows in demonstrated virtue.

No one running for governor before 2020 could have imagined the job would be controlling contagion. Amid the panic early that year Wolf had lots of best-intending company when he decided radical caution was the only course. As months passed, however, as the results of easing in, say, Florida, Georgia and Texas defied predictions of doom, Wolf, a Democrat, vetoed lockdown-loosening bills passed by a Republican-dominated legislature. The confrontation culminated in his veto, supported by the Pennsylvania Supreme Court, of a measure to end his consecutive 90-day emergency declarations. There were four of them by the time lawmakers forced the referendum.

One constitutional change approved last week limits emergency declarations to 21 days absent legislative consent to an extension. Another grants the legislature power to terminate a declaration by majority vote. Unofficial returns have the amendments passing with majorities of 52 percent, the red middle of the state overriding blue Philadelphia and Pittsburgh. Roughly a quarter of registered voters cast ballots. The governor has conceded defeat.

How much it all might matter isn’t clear. Two weeks ahead of the referendum Wolf announced that he will drop the remainder of his COVID-mitigation restrictions by Memorial Day — excepting masks. His twittered words: ‘The mask order will be lifted when 70 percent of Pennsylvania adults are fully vaccinated.’ And yet his own health department is saying the order is now already lifted for the fully vaccinated with very few caveats.

Maybe Wolf is trying — he is trying — to pressure those who would decline a vaccine granted emergency use but not yet the usual regulatory approval. Maybe that’s a bluff. Maybe it will be called. Some Pennsylvanians voting inside polling places last week had most definitely shucked their masks. Fully vaccinated? So far half of state residents are not. The state might be headed into another of those mask muddles. To be continued. ‘

The referendum is one more sign, if it’s needed, that COVID alarums are getting awfully old. Another sign appeared months ago along the Pennsylvania Turnpike: a billboard featuring background photos of Wolf and his erstwhile health secretary, and in the foreground the image of a woman throwing up her hands while remarking: ‘Don’t blame me. I voted for Wagner.’

Scott Wagner, having made serious money in garbage collection and then entered the State Senate, had gone on to challenge Wolf in the most recent race for governor. Wolf dispatched him with 58 percent of the vote.