The case against reparations for slavery

Such payments would bolster the far-right, inflame racial resentment and sanction the concept of heritable guilt 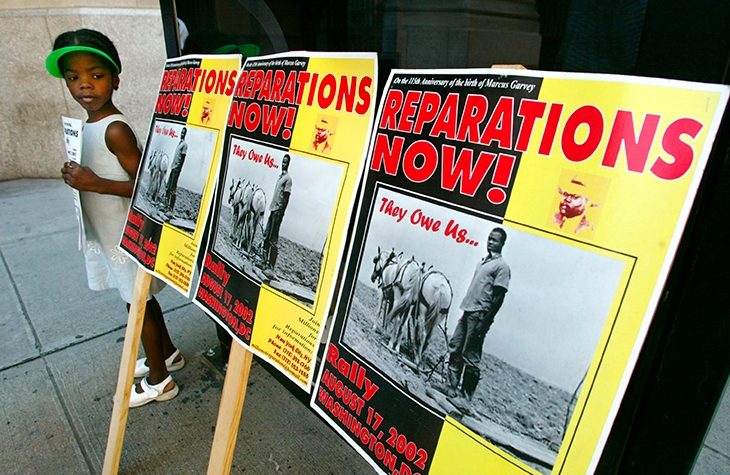 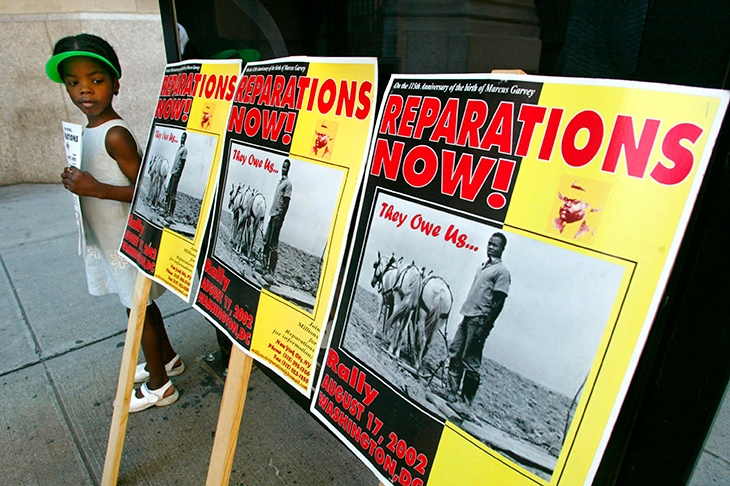 The case against reparations for slavery

Last week, a bill cleared the US House Judiciary Committee that would establish a 13-person commission to consider federal reparations for slavery. Although similar legislation has been introduced in every Congress since 1989, this is the closest such a bill has ever advanced towards a full vote in the House. The President’s support for this pet far-left project is unsurprising. A reparations commission featured in Joe Biden’s campaign platform.

Advocating the establishment of this commission is a hop, skip and a jump from advocating reparations, full stop. The UK’s proliferating parliamentary inquiries often function to kick...

Last week, a bill cleared the US House Judiciary Committee that would establish a 13-person commission to consider federal reparations for slavery. Although similar legislation has been introduced in every Congress since 1989, this is the closest such a bill has ever advanced towards a full vote in the House. The President’s support for this pet far-left project is unsurprising. A reparations commission featured in Joe Biden’s campaign platform.

Advocating the establishment of this commission is a hop, skip and a jump from advocating reparations, full stop. The UK’s proliferating parliamentary inquiries often function to kick sensitive subjects into the long grass. But an American panel convened to address such a hot topic would create expectations. Its report could never conclude: ‘Sorry, we’ve decided that reparations are a terrible idea, so never mind.’ An ensuing recommendation of reparations in some form would be obligatory.

A word of warning. Lest Brits dismiss this matter as another hair-tear only pertinent across the pond, recall that America’s acrimonious critical race theory crap has landed with a resounding splat on this island like a wet meadow muffin. Should US slavery reparations come to pass, similar demands, perhaps to atone for the crimes of colonialism, will arrive in Britain by next-day FedEx.

As for what’s wrong with paying the descendants of slaves financial compensation for the grotesque suffering of their forebears — how long have you got?

First off, who would qualify for restitution? Would recipients of taxpayer-funded guilt money have to prove a lineage tracing back to human chattel? Archival records of America’s enslaved population are hopelessly incomplete; insisting on a conclusive family tree from Ancestry.com wouldn’t be fair. Or would the determination be made by skin color, and beyond a certain whiter shade of pale you’re out of luck? Pretty repulsive.

Perhaps every prospective candidate would have to take a DNA test — in which case, what proportion of African ancestry would count? Owing to widespread rape and concubinage, many American blacks carry a substantial proportion of European genes. More cheerfully, plenty of Americans are products of consenting mixed-race unions — so would being half-black count? A quarter? An eighth, like the antebellum South’s ‘octoroon’?

Recent African immigrants aren’t descended from American slaves. On the contrary, many countries from which they hail, like Nigeria, were complicit in the slave trade. If anything, as descendants of slavery’s profiteers, these newer arrivals are culprits by association. We’d compensate African Americans, then, but disqualify African African Americans. Some black lives would matter more than others.

Next, how much? Anything short of an enormous sum would risk seeming an insult. And monetary value is subjective; one person’s life-changing windfall is another’s slap in the face. The arithmetic seems arbitrary. Author Ta-Nehisi Coates would distribute $34 billion annually for decades to come. Entrepreneur Bob Johnson argues for $357,000 per head, for a total wealth transfer of $14 trillion — three times the 2020 federal budget. Small problem: will never happen.

Mind, the US has paid race-based reparations before. The 1988 Civil Liberties Act awarded $20,000 apiece to the Japanese interned during World War Two. But payments went only to former internees who were still alive. Compensation to descendants of the sinned against at least 150 years ago would set a precedent for a host of other aggrieved groups to demand they be similarly ‘made whole’. The forebears of indigenous Americans were invaded, whole tribes wiped out; they’d have a good case for being tossed the keys to the whole country. Shouldn’t East Asians be compensated for the Chinese Exclusion Act? I can’t see where this grudge match would end.

Merely writing checks, too, is a crude, inefficient method of addressing inequalities that have deep, enduring social drivers. You spend the money, then what? Trump and Biden’s COVID-justified one-off payments to the citizenry, for example, have bankrupted the Treasury, while in short order leaving most Americans back where they started. Besides, affirmative action — racial quotas in hiring and education — is effectively a reparations vehicle. After 50 years of this dubious social deck-stacking in America, large racial economic disparities persist.

Because reparations would be financed by taxpayers alive today who never practiced or endorsed slavery, such payments would implicitly sanction the concept of heritable guilt. (How about heritable virtue, then? A tax rebate if your ancestors campaigned for abolition or fought for the Union in the Civil War.) US taxpayers come in a rainbow of hues as well, so these public funds would not be extracted solely from evil white people — who after the shouty, poisonous aggro bound to surround such a contentious program would be tempted to declare: ‘All right, we’ve paid you off, so shut up already. No more BLM, no more moaning about “systemic racism”. We’re square.’

Most of all, formal monetary reparations would be, to put it mildly, divisive. They’d bolster the far-right and inflame racial resentment in every camp. Plenty of blacks descended from slaves are affluent, plenty of non-black taxpayers skint. Blacks might object that, given the scale of the injustice, any capped amount is insufficient; everyone else might object to being reamed for something they didn’t do. In a Reuters/Ipsos poll of American adults in June last year, slavery reparations drew a paltry 20 percent support.

Granted, some black intellectuals contend that compensation needn’t take the form of direct payments to individuals, but could entail broad federal provision for, say, education and housing. But this needn’t be branded as ‘reparations’, an incendiary label that sticks an electric cattle prod up the American mainstream’s rear end.

US race relations are hitting an all-time low for my adulthood. The situation is bad enough. Reparations would create far more problems than they’d solve. There ought to be a legislative equivalent of the Hippocratic injunction to first, do no harm. History is full of horrors. We can’t make those horrors un-happen. Rather than try clumsily to redress what cannot be righted, let’s at least not make everything worse.