Biden declares war on half the country 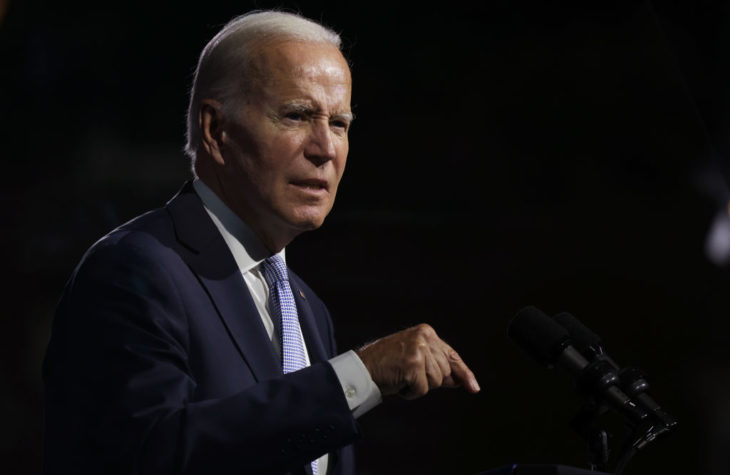 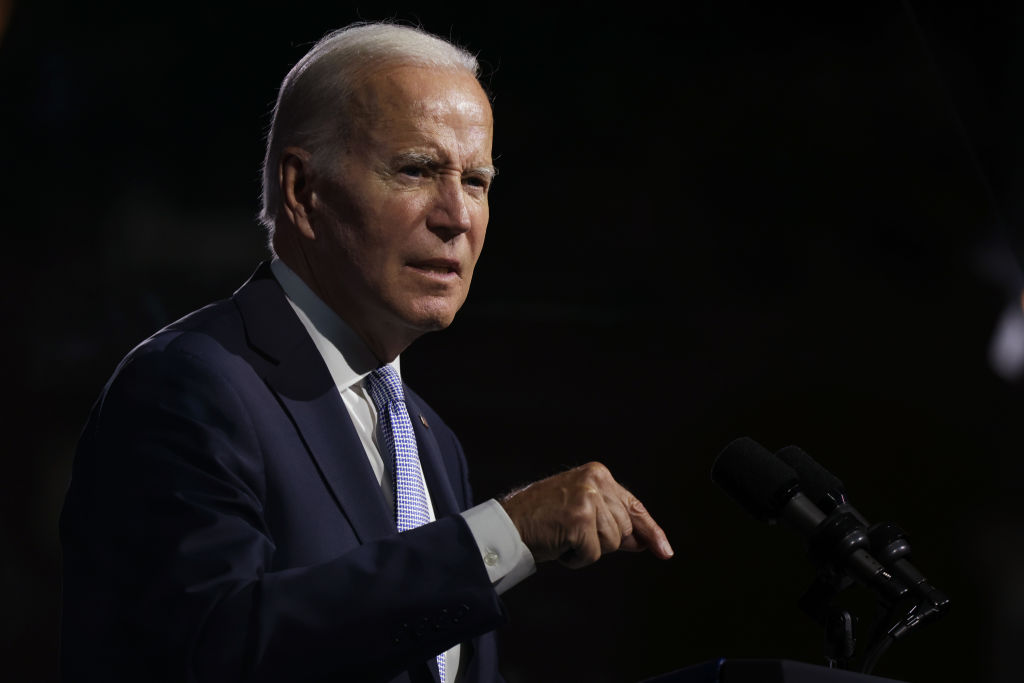 Biden declares war on half the country

Joe Biden’s speech at Philadelphia’s Independence Hall on Thursday was one of the most remarkable in living memory. By “remarkable,” I hasten to add that I do not mean “good.” On the contrary, it was a breathtaking act of what the psychoanalysts call “projection,” blaming others for the bad things you do yourself.

The speech itself was a malignant act of demagoguery that will have colonels and generalissimos everywhere catching their breath with envy. The neo-totalitarian stage set, replete with red lighting effects and military personal flanking the shouting, gesticulating Biden, was right out of central casting....

Joe Biden’s speech at Philadelphia’s Independence Hall on Thursday was one of the most remarkable in living memory. By “remarkable,” I hasten to add that I do not mean “good.” On the contrary, it was a breathtaking act of what the psychoanalysts call “projection,” blaming others for the bad things you do yourself.

The speech itself was a malignant act of demagoguery that will have colonels and generalissimos everywhere catching their breath with envy. The neo-totalitarian stage set, replete with red lighting effects and military personal flanking the shouting, gesticulating Biden, was right out of central casting. Next time, perhaps Biden will wear epaulettes along with his signature aviators.

The speech was billed as a reflection on the “soul of the nation.” Remember, Biden was sold to the country as Mr. Normality, as someone who would bind up the nations’s wounds after four years of the bad, horrible, no good, unacceptable, supremely divisive Donald Trump.

It hasn’t worked out that way, notwithstanding Trump’s occasional zingers and rhetorical molotov cocktails that have kept the fires of outrage burning. In this respect, Biden’s speech typified the new Democratic dispensation, according to which the world is divided sharply in two. The good guys are those who espouse the Democratic agenda. The bad guys are anyone who dissents.

What we are seeing, in fact, is the promulgation of a neo-Manichean philosophy. That heretical sect, named for a third-century A.D. Parthian seer called Mani, was an astringently dualistic creed that divided the world into light and dark, the saved and the damned. According to the creed of Biden and the elites who formulate his thoughts and speeches, the radical Democratic agenda of climate change, “green” intimidation, wealth redistribution, and sexual perversion is the gospel of light. Outer darkness is occupied by people who espouse such traditional American values as hard work, frugality, patriotism, individual liberty, and the canons of private property that guarantee those rights. It is a strange and unforgiving religion, one whose primary sacrament is excommunication. Ultimately, as some wag put it, its goal is a world in which everything that is not prohibited is mandatory.

That is the background. You often hear the world “democracy” uttered in these heady precincts, usually in the now-noxious phrase “our democracy” (translation: their prerogative”). As I note in a column on “Joe Biden and the Sovietization of America” for the October edition of the Speccie, it is a world in which “democracy” really means “rule by Democrats.” To the question “was the election fair,” what you need to know in order to answer is who won. If it was the Democrats, then the election was fair. If the Democrats lost, then the election was stolen.

In any event, Biden’s speech consisted of a series accusations directed at “Donald Trump and the MAGA Republicans [who] represent an extremism that threatens the very foundations of our Republic.”

Lest you think that attack on 74 million Trump supporters was an aberration, note that a week earlier at a Maryland fundraiser, Biden had insisted that the problem for those wishing to conserve the “soul of America” was “not just Trump, it’s the entire philosophy that underpins the…semi-fascism” of the MAGA agenda.

The sweeping denunciation of half the country was perhaps the thing that caught the alarmed attention of most observers. Also important was that element of projection I mentioned. Biden’s brief against Trump and “the entire philosophy” of  MAGA rested primarily on three accusations.

One was that Trump and his supporters did not accede to the Democratic claim that Joe Biden won the election fair and square. Trump, it was said, attempted to obstruct the “peaceful transfer of power” by such actions as the protest at the Capitol on January 6, 2021.

But remember that the Democrats were wild with rage, inconsolable when Donald Trump won in 2016. Then it was their turn to rail against how unfair the election was. Savor this vivid compilation, at once amusing and alarming, of Democrats denying the results of that election.

The second accusation revolved around the use of violence as a political tool. The Democrats have always exceeded Republicans in their willingness to employ political violence, but in the speech, Biden, once again invoking the January 6 jamboree, excoriated Republicans for resorting to violence because they didn’t get their way. According to Biden, violence “can never be an acceptable tool. So I want to say this plain and simple: there is no place for political violence in America, period, none, ever.” We’ll leave out the Civil War. It would be interesting to know what Biden thinks about that little efflorescence of violence. Was it justified?

While we wait for the answer, it is worth remembering that it is Democrats, typically, who have resorted to violence in order to get their way. Consider the violence perpetrated by partisans of Black Lives Matter in the summer of 2020. Those “mostly peaceful protests” left scores dead or wounded and a property damage bill of some $2 billion. And if it is violence in response to an election that doesn’t go your way, consider this compilation of Democrats calling for violence against Trump and anyone who supports or works for him in the aftermath of the 2016 election.

Finally, there is the issue of law and order and respect for the police. Biden was very big on those things in his speech. Elsewhere, he claims to find attacks on the FBI and the police “sickening.” He neglected to mention the many Democrats who hopped upon the “defund the police” bandwagon in the summer of 2020 when it was fashionable to do so.

Joe Biden’s speech will soon be forgotten. But the malignant and divisive spirit it conjured up will not easily be quelled. Joe Biden just declared war on half the country.