Biden’s CRT plan for the schools 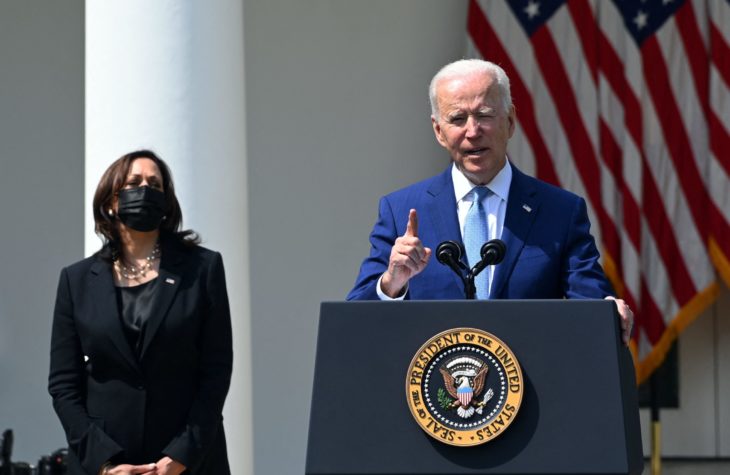 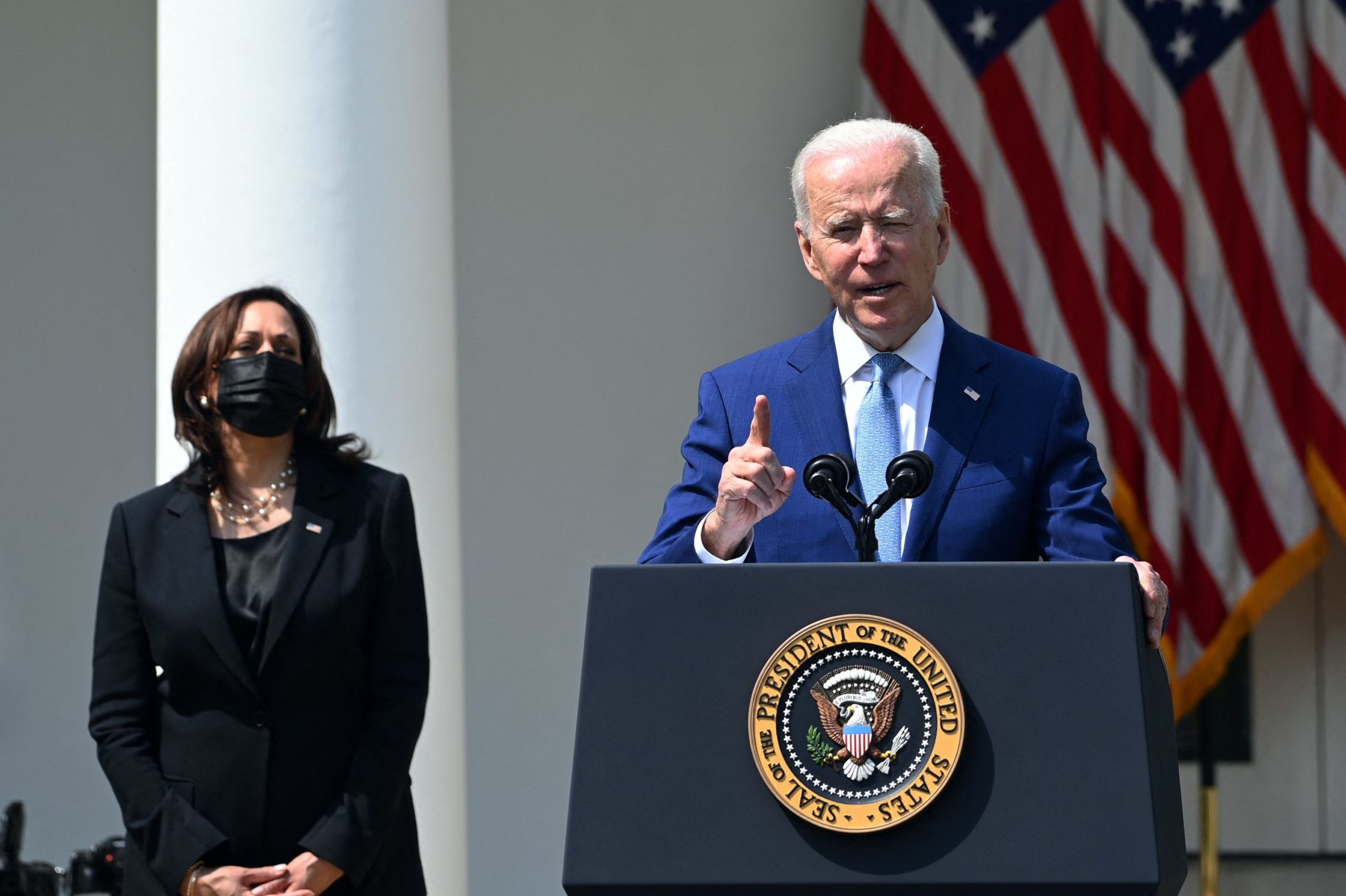 Biden’s CRT plan for the schools

Once upon a time, a CRT was a Cathode Ray Tube, that bulky thing that ran old televisions. Those tubes have been replaced by sleek new liquid crystal displays, but the initialism lives again as the hottest thing in totalitarian ideology: Critical Race Theory.

CRT is still an idiot box, however. It tells you what it wants and shuts out everything else. But instead of showing you I Love Lucy and Gunsmoke (or Miami Vice and Knight Rider) it shows you that America is a racist monstrosity that inculcates white supremacy at every turn. Don’t try...

Once upon a time, a CRT was a Cathode Ray Tube, that bulky thing that ran old televisions. Those tubes have been replaced by sleek new liquid crystal displays, but the initialism lives again as the hottest thing in totalitarian ideology: Critical Race Theory.

CRT is still an idiot box, however. It tells you what it wants and shuts out everything else. But instead of showing you I Love Lucy and Gunsmoke (or Miami Vice and Knight Rider) it shows you that America is a racist monstrosity that inculcates white supremacy at every turn. Don’t try to change the channel, CRT is at every frequency. Sit back and obey.

Efforts to enforce the CRT regime just got a signal boost. On April 18, the Department of Education posted its ‘Proposed Priorities’ for American history and civic education. The ‘priorities’ will be used to judge competition for federal grants in these areas. At the moment, they would apply to a very small federal program — about $5 million per year. That’s the little red spotted newt. Just around the corner lurks Godzilla, the $1 billion per year Educating for American Democracy bill (EAD) pending in Congress.

The ‘Priorities’ and the EAD together would bring CRT into every classroom in the country. Even die-hard opponents of CRT would have a hard time resisting the tide of federal money behind it.

But wait a minute. The ‘Proposed Priorities’ don’t say a word about Critical Race Theory. What’s the big deal? Let’s give our educrats some credit. They know that CRT is not exactly popular with the general public. At the beginning of a 30-day comment period, it wouldn’t be wise to come right out and say, ‘We intend to jam our racist ideology into the ears, behind the eyes, and down the throats of every school child in America.’ It is much nicer to paraphrase that sentiment.

The Department of Education’s proposed rule (86 FR 20348) has two proposed priorities, one on ‘diverse perspectives,’ and the other on ‘identity-safe learning environments.’ Don’t turn off your TV yet. The good stuff is coming.

Priority 1 is ‘Projects That Incorporate Racially, Ethnically, Culturally and Linguistically Diverse Perspectives into Teaching and Learning.’ That may sound nice, but it is aimed at ‘the ongoing national reckoning with systemic racism’ and ‘the urgency of improving racial equity throughout our society, including in our education system.’ If you harbor any doubts about the existence of ‘systemic racism’, according to CRT, that just shows that you are part of the problem. Do we need ‘racial equity’ as opposed to equality of opportunity? Come on, man.

Without skipping a beat, the Proposed Priorities immediately backs up these assertions by citing President Biden’s Executive Order 13985. In case you have forgotten, that is Joe’s January 20 EO in which he explained to a grateful nation that our various crises ‘have exposed and exacerbated inequities’ and added that ‘a historic movement for justice [that] has highlighted the unbearable human costs of systemic racism.’ We will fix this with a ‘whole-of-government equity agenda.’ EO-13985 is best read by firelight from the buildings burning in Portland. You can best discern those unbearable human costs by reading the police blotters in cities where homicides of blacks by other blacks are soaring, plainly because of internalized oppression or something.

Let’s not get bogged down in details. The Department of Education doesn’t. It cites the New York Times’s ‘landmark’ 1619 Project and summons ‘the resources of the Smithsonian’s National Museum of African American History as showing the way history and civics education can lead us out of our dim, denialist past.’

I happen not to be a stranger to these vital sources. In fact, last year I published a book, 1620: A Critical Response to the 1619 Project, in which I took notice of the carelessness of the NYT on matters of basic fact. We did not rebel against British rule in 1776, for example, because we were determined to protect the institution of slavery from those liberty-minded Englishmen. As for the Smithsonian, as I recall last July it was busy apologizing for a chart it had released that declared ‘hard work’ and ‘rational thought’ are traits of ‘white culture.’

Our public servants at Education were not quite through with Priority 1. It could hardly be complete without a nod to the reigning champion of CRT exposition, Boston University scholar Ibram X. Kendi. His How to be an Antiracist is quoted and cited to the effect that ‘Racist policies are the cause for racial inequities.’ That is his almost algebraic formula for saying that any and all differences among the races are the result of ‘racist policies.’ Kendi champions the idea that the cure for racial discrimination is new and better racial discrimination.

And this takes the Department of Education to what for me was the brand new idea of an ‘identity-safe learning environment.’ I suppose we will soon hear a lot about this. Some authorities are invoked to tell us that ‘identity-safe classrooms’ are places where ‘social identities are an asset rather than a barrier to success in the classroom.’ I know it is sometimes a challenge to get behind these well-lubricated words, but let me translate. If I have some students in my class who are members of say, the MS-13 gang, my responsibility as a teacher is to make sure that MS-13 membership is an asset to their academic success. No ‘social identity’ should ever get in the way of learning. There is no such thing as a community that hinders a child’s progress. There are only teachers who fail to appreciate the wonderful diversity that confronts them.

I have saved Priority 2, which is where the snake of CRT turns around and swallows its tail. Priority 2 is ‘Promoting Information Literacy Skills.’ That, of course, would be wonderful, but the Department of Education appears to mean exactly the opposite. It inveighs against ‘just understanding the structures and functions of government’, and prefers launching students into ‘advocacy positions’. To advocate properly, students need to know how to blot out distracting ideas. This goes under the rubric of learning to ‘distinguish fact from misinformation’. I would favor schools teaching students to do just that, perhaps starting with a close examination of Priority 1, which asserts a number of things that just aren’t so, including the pretext that ‘social identities’ are always and everywhere wholesome and constructive.

Once upon a time, a CRT was a cathode ray tube. Now it is just a death ray aimed at the minds of children across the land.

Peter Wood is president of the National Association of Scholars.