For so many, the UAE is a good deal — but it will never be home 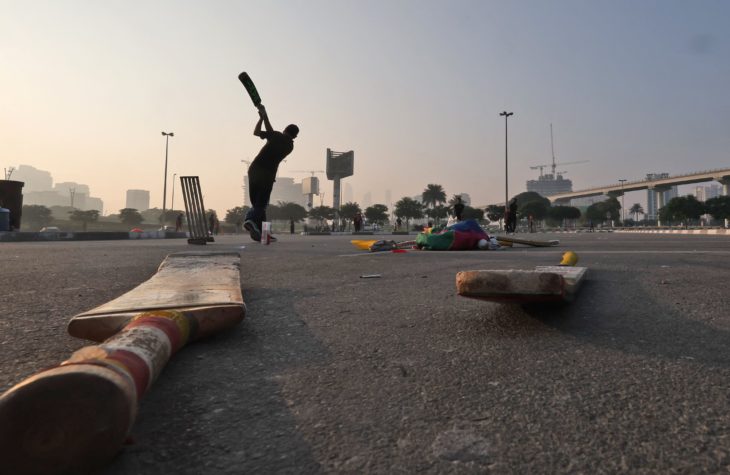 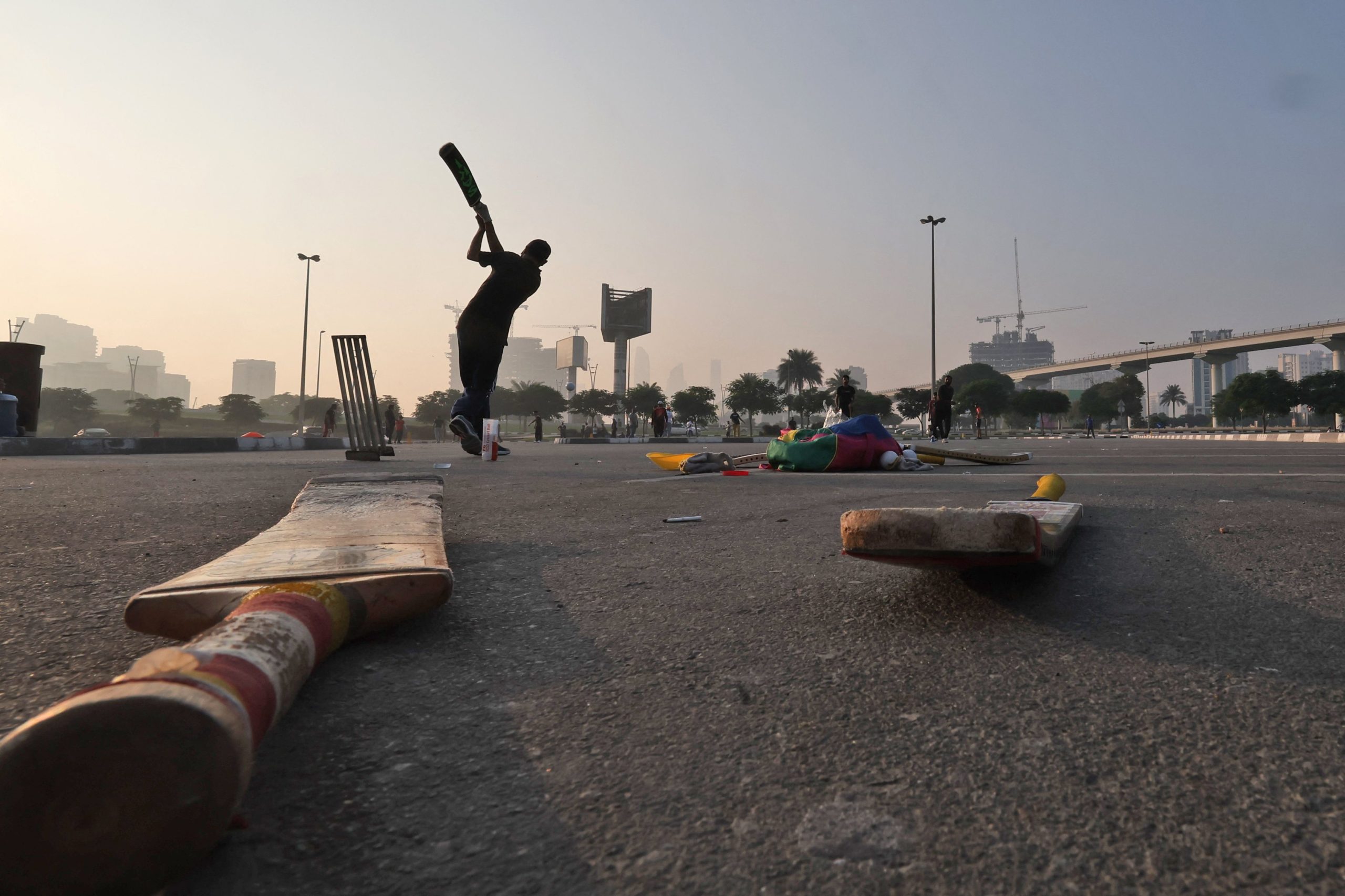 The E100 bus is not somewhere you will find an Emirati. Departing about every thirty minutes from 4 a.m. onward and taking passengers from Abu Dhabi to Dubai for just 25 AED ($7.80), this is not a place for the rich. It is the domain of the weary peoples, the migrant workers who make this minuscule monarchy work.

At 5:13 a.m. in late December, this crowd was ready to go. Bags packed for whatever indignity might come next. They were ready long before most Emiratis are awake because, for them, the United Arab Emirates is an...

The E100 bus is not somewhere you will find an Emirati. Departing about every thirty minutes from 4 a.m. onward and taking passengers from Abu Dhabi to Dubai for just 25 AED ($7.80), this is not a place for the rich. It is the domain of the weary peoples, the migrant workers who make this minuscule monarchy work.

At 5:13 a.m. in late December, this crowd was ready to go. Bags packed for whatever indignity might come next. They were ready long before most Emiratis are awake because, for them, the United Arab Emirates is an opportunity. They brave this early morning bus with sleep or Bollywood films because while the UAE is a difficult place, one where workers like them are ghettoized and often abused, it is still one willing to share at least a sliver of its oil-fueled riches with this imported army of laborers. It is a place where money can be made to build houses in Pakistan or educate siblings in Nepal. It is a place, to many migrants, of dreams.

We all know that migrant workers in the region are regularly mistreated. We all know how the Burj Khalifa and Abu Dhabi Louvre were built, even if we can’t stop marveling at them. But the migrants keep coming. The West can complain about this system all it wants, but it endures because everyone benefits from it: the migrants earn multiples of what they would make at home, while the Emiratis — just 10 percent of the population — don’t have to dirty their hands cleaning their own streets or serving their own food. And the system will continue to exist until these migrants’ own countries do better on their own accord. 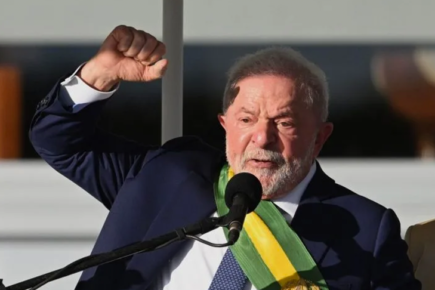 How Lula can use the Brasilia riots to unite Brazil

Hamid (not his real name) is a forty-eight-year-old taxi driver I met in Dubai who had been in the UAE for twenty-eight years. The money is simply too good to leave, he says; whatever he would make in Pakistan would pale in comparison. He never planned to stay this long but with his children in school back in Pakistan, he simply cannot afford to return to them. How else would he pay for their schooling and housing? Who else would pay for them if he left the Emirates?

Hamid is adamant that he had made the right decision. Yes, the Emiratis live a world away from the “normal people” of the UAE — “in villas, far away from the cities” or “in big homes in the cities with UAE flags on their houses” — but he is still making good money. No, he has not been mistreated — “UAE people are better than Qatar, Saudi, and Kuwait” — but prices have steadily risen, and his salary has not kept pace. When he first moved here in the 1990s, he split a small, 120-square foot room with four other South Asians. These five grown men couldn’t even claim their own small corner of the room. That room once cost them each AED 100 (around $108 in the mid-1990s). But now, he laments, it costs AED 1000 (around $270 today).

That is more than half of many migrants’ monthly salaries, and more than those of Bangladeshi, Indonesian, Nepalese, and Sri Lankan domestic workers. Which is how you have five men in their forties, with wives and children back home, sharing a small room for decades.

“When will I move back to Pakistan?” he asks rhetorically. “When I can retire — when my children are out of school.”

Yet few members of this migrant class seem to believe they have made the wrong decision in coming here. Aziz (not his real name), a late-twenties jewelry-seller, couldn’t overstate just how far his meager salary went for his family back in Syria, even if he personally preferred living in Damascus and Beirut. Folks from across South Asia, Southeast Asia, and Africa told me similar stories.

What’s so striking about the UAE, though, is everyone’s second flag. They all want to make money in the UAE, but none of them have forgotten home.

The Pakistani deira driver wraps his country’s green Islamic crescent around the boat’s mast, above which are two well-loved stuffed animals from children loved from far away. Dubai’s backstreets are adorned with the Bangladeshi and Nepalese flags. The Malaysian mosque attendant keeps his country’s colors on his custodial equipment. You might be in the UAE, but you’d be forgiven for thinking that you’re in something of a no-man’s land.

This system of transient labor, and of transience altogether, may function well enough to perpetuate itself, but it makes visiting the UAE a baffling experience.

I’ve often heard the migrant workers described in the West as “invisible,” but they were the only people I saw. They’re the security guards at Emirati monuments like the Sheikh Zayed Grand Mosque and the Qasr Al Watan palace, the coffee-sellers, the construction workers, and even the white-collar professionals commuting to downtown Dubai or Abu Dhabi. Because migrant workers far outnumber natives, these cities offer some of the best chicken achari and mutton peshwarai you’ll have in your life. Men clamor for but often struggle to order the best breakfast dosas because they all speak different South Asian languages and dialects, with English the eventual unifier. And when you do find traditional Emirati food, like luqaimat, it will be served to you by a Pakistani or Filipino.

Just about the only place I saw majority Emiratis was in a popular chain restaurant, in an Italian-themed mall, where migrants served traditional Emirati food to Emiratis themselves.

This glimpse into the UAE raises an obvious question: what exactly is this place, and who is it for?

Nominally, it’s a playground for the rich Emiratis, who will continue reaping the proceeds of the country’s gas resources until they’re depleted, not having to worry about trivial things like rent and healthcare expenses. But how long will the Emiratis tolerate having essentially given over their country to the mostly South Asian migrant class? The South Asians don’t have political rights and almost never become citizens, but it is their culture that dominates the streets of Dubai and Abu Dhabi. Young men blare the latest Indian pop songs from their phone; more than a few mosques are so dominated by South Asian Muslims that Emiratis simply don’t go to them anymore.

One wonders how much longer the Emiratis will consent to having their own culture play second fiddle. But there are no signs that the Emiratis are reconsidering the trade they’ve made. They seem more than happy enough to take their money, build their compounds outside the cities, buy all the luxury they can afford on regular trips to Paris, and send their children to Harvard and Oxford. Prosperity, it seems, is more important than being at home in your own country.

The migrant workers make that same trade, if in reverse. They leave their home countries for one in which they will always be an “other,” a second-class citizen, even if their culture is everywhere. This place is not for them — this place only tolerates them, spitting them out when they’re all chewed up.

But they keep coming to scrape whatever riches are left at the bottom of the UAE’s barrel.

It is not hard to understand why a young man or woman might trade the blight of Basra or the chaos of Khartoum for the UAE: life in a rich, peaceful autocracy is obviously better than life in a poor, war-torn one. It is deeply troubling, though, to me at least, how many people from nominal democracies flee for low-paying work in the UAE and other Gulf states. The fact that Indians, Filipinos, Malaysians, Nepalis, Pakistanis, and others continue to actively sign up for low-wage labor in a highly repressive state evinces the deep dysfunction of their democracies. Their collective decision testifies to the fact that while democracies may create opportunity, they do not necessarily provide prosperity. But if democracy cannot even function well enough to keep these people home, what good is it?

The durability of this migrant worker-Gulf state relationship — fed by Global South dysfunction — offers something of a taste of what an autocratic-led global order would look like. The relationship is all about money; there is no semblance of protections, let alone the possibility of citizenship for these workers or their children.

The United States, United Kingdom, and other rich democracies have our own imported underclass, not to mention a history of slavery and other indentured workers. But today, our societies, divisive as immigration might be, allow immigrants to move up the ladder. The children of many Western service workers can gain citizenship and grow up to be white-collar workers; the exceptional ones grow up to be congresspeople, doctors, and tech moguls. The Gulf states’ underclasses, on the other hand, are forever. It is a bleak picture of an unending caste structure.

The West will continue to complain about this system. We’re right to: the system prices in mistreatment that the Gulf governments appear to have little interest in addressing. But until developing Asia and Africa improve on their own terms, the E100 bus will chug along the highway between Abu Dhabi and Dubai every morning, a migrant driver bringing his weary compatriots to the mostly menial jobs that allow them to provide for their far-off families.

by Charles Dunst Charles Dunst is the author of Defeating the Dictators: How Democracy Can Prevail in the Age of the Strongman (Hodder & Stoughton). He has written for the New York Times, The Atlantic, the Washington Post, and the Los Angeles Times.

Charles Dunst is the author of Defeating the Dictators: How Democracy Can Prevail in the Age of the Strongman (Hodder & Stoughton). He has written for the New York Times, The Atlantic, the Washington Post, and the Los Angeles Times. 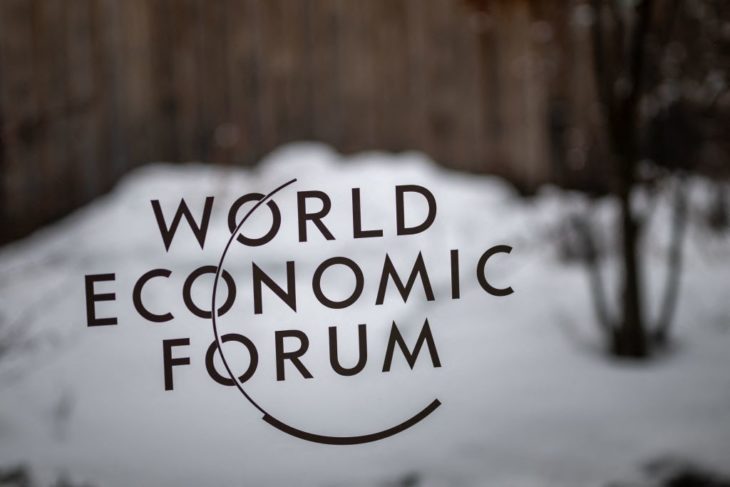 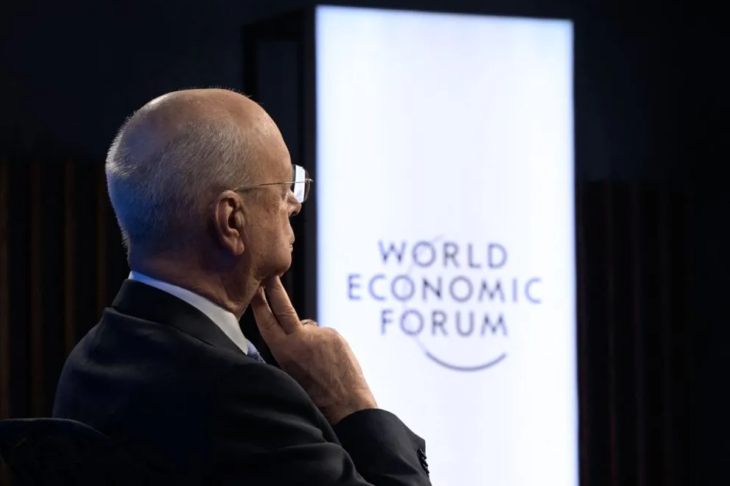