Dear America: moving to Europe won’t solve all your problems

Shock: TikTok doesn’t have all the answers 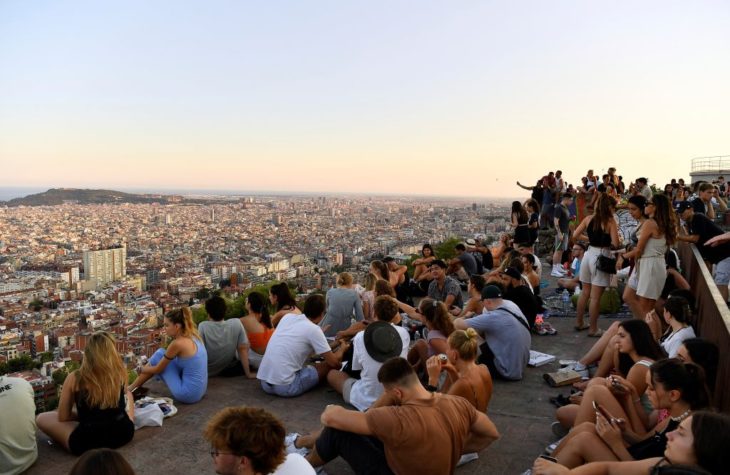 People gather to watch the sunset on the top of a hill overlooking Barcelona, Spain (Getty) 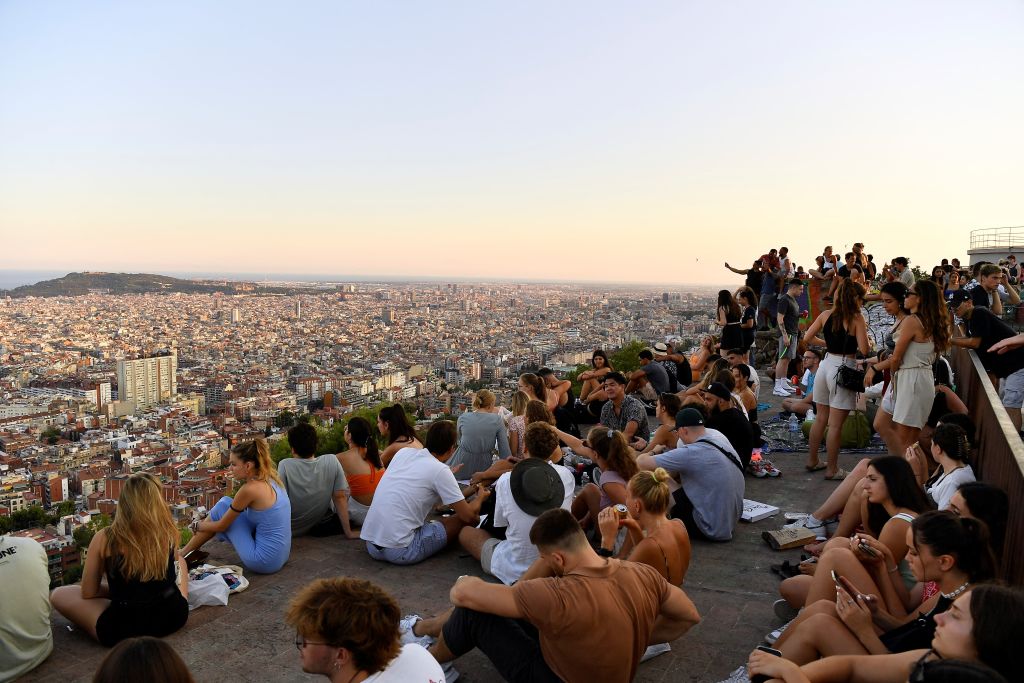 Dear America: moving to Europe won’t solve all your problems

“In Europe people wear breathable clothes made out of natural materials, in the USA people wear plastic.”
“In Europe people sleep indoors, not in tents on the street like Los Angeles.”
“Unfortunately people have a lot of reactions to gluten in the US and zero issues in Europe”
“How can you avoid looking like an American tourist in France?”
Scroll through your news feed and you’ll witness a lot of Americans, usually those who pride themselves on their progressive views, indiscriminately romanticizing “Europe.”
In the wake of the endless Covid restrictions and after Roe v. Wade was overturned, there’s been endless social media chatter...

“In Europe people wear breathable clothes made out of natural materials, in the USA people wear plastic.”

“In Europe people sleep indoors, not in tents on the street like Los Angeles.”

“How can you avoid looking like an American tourist in France?”

Scroll through your news feed and you’ll witness a lot of Americans, usually those who pride themselves on their progressive views, indiscriminately romanticizing “Europe.”

In the wake of the endless Covid restrictions and after Roe v. Wade was overturned, there’s been endless social media chatter about how to move from the US to Europe. For the most part, this goes as deep as Lena Dunham declaring, back in 2016, she would leave the US for Canada in the event of a Trump presidency. She’s still in Brooklyn.

As a “European” who had to leave her own country due to zero job prospects, which left me and people of my generation in such a state of permanent adolescence to the point that many thirty-somethings still live with their parents, I have a hard time reckoning with this romanticization.

POV: you escape the rat race and move to Europe. Your cost of living is 3x less; you can get everywhere by food; the entire city is a piece of art. You’re living off sangria and tapas. You’re laughing at the beach till sunrise and falling in love with life again.

Yes, I can see how the “European” lifestyle constitutes a major draw, especially for Epicurean and artistically-minded individuals: we are described as having an ideal work-life balance, as being able to take “slow lunches” and as having generous policies and laws to protect personal time — this argument is moot the second you choose to be self-employed or an entrepreneur.

Yet, in the first place, you can easily see this rose-tinted view only applies to Southern and Western Europe. A recent Bloomberg article outlined how Italy, Portugal, Spain, Greece and France are among the most popular destinations for Americans driven away by rising cost-of-living, dollar, inflation and overall political rancor. “Sotheby’s International Realty said requests from Americans looking to move to Greece rose 40 percent in the April-to-June period compared to a year earlier,” it reported. How come nobody seems particularly eager to champion Poland, Hungary, Belgium or the Baltic region?

Funnily enough, the very coveted Southern nations have some of the worst employment opportunities in the Western world, so unless you’re planning to just coast by keeping their American job (is it legal past three months though?), you’ll be in for a rude awakening: in Italy, for example, the average salary for a software developer according to Glassdoor is €38,070 a year; a copywriter makes a little less than €30,000 a year. Sure, the cost of living is less expensive, but in major metropolitan areas, rest assured, that amount won’t take you very far, because taxes are much higher. What’s more, nobody seems to be concerned about being issued a visa. While that is something that can be obtained, it’s quite a bit of paperwork, something that usually requires professional help from an immigration lawyer and months-long advance planning.

Moreover, Americans who romanticize Europe see it as an alternative to capitalism and consumerism. That is inherently wrong: even the economies of the very progressive Scandinavia are not socialist. Rather, they have high levels of taxation that support generous social spending. And while all EU member states have healthcare systems designed to guarantee healthcare to legal residents (yes, that’s a godsend), none has a system that is entirely socialized, as private options are available mainly due to the waiting lists we encounter when dealing with the public system. As for consumerism, do we want to mention Inditex and H&M? We love new, shiny things as much as you.

Then, racism and discrimination are different, yet more insidious than their American counterparts. It’s not rare for nations to have a bizarre, 1930s-like ethno-essentialist bend — people with German as their first language but with a not exactly Mittel-European name or an appearance are asked “echt Deutsch?” as writer Rebecca Schuman recalls in her 2017 memoir Schadenfreude, A Love Story. Finland’s best known game is The Star of Africa and it has several cancellation attempts to its name, but I’m not sure any stuck.

There is also a bizarre body-image-related discourse: mommy bloggers, dirtbag-left Redditors, pro-ana coquettes and lifestyle journalists alike seem to believe that “European” food immediately causes weight loss due to lack of “chemicals.” And while this argument is sound when you’re comparing the junk food options in both areas (say, Froot Loops to fruit), I can assure you that if your romp through Europe is rich in cured meats, street food, Bratwurst and desserts, you won’t transform from Peter Griffin into Thor. You lose weight in Europe because, on vacation, you walk more and explore more.

Truth is, for reasons that elude me, Europe is perceived as inherently classier than the US, ignoring the fact that Europeans are more likely to indulge in trashy pastimes than philosophize about the concept of otium like someone straight out of Virgil’s Eclogues. And European lowbrow culture is something to absolutely treasure: there’s nothing more heartwarming than an Alpine county fair playing the hits of DJ Ötzi at full blast, or a bourgeois hook-up with a cagole in France’s own Loft Story. Sadly, class or the illusion thereof is not something you can acquire by simply living in a place.

If you want to leave America, by all means, spread your wings, but make sure you have a clear roadmap regarding work, life, and how to integrate into society. Nobody likes gentrifiers.

And please, make an effort with the language, especially if you plan on putting down roots. I still can’t get over the fact that, when I asked an American journalist who was encouraging members of a Facebook group to move to Amsterdam post Roe, what they were all planning to do with language requirements, he tersely replied “Everyone speaks English here.” Ugh.