It’s all about Ohio

Why the Buckeye State could prove decisive in this election 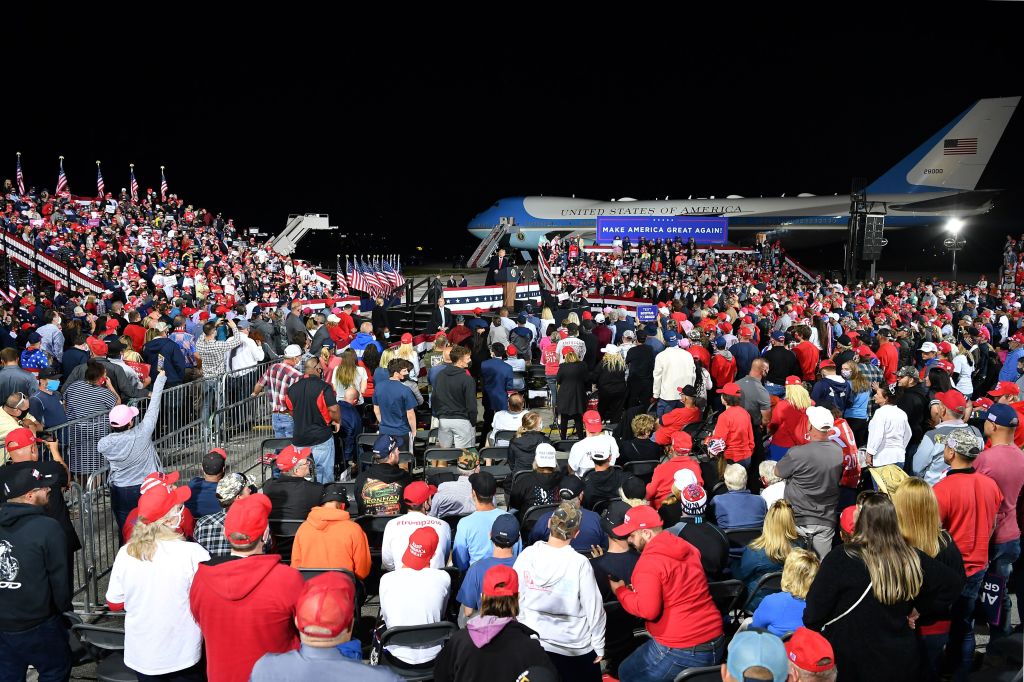 It’s all about Ohio

That means Ohio has gone 14 straight elections, or 60 straight years, picking the winner. No other state carries such a distinguished record. With Joe Biden barely campaigning in Ohio and Donald Trump covering the state — signs point to Trump again winning Ohio in 2020, albeit with...

That means Ohio has gone 14 straight elections, or 60 straight years, picking the winner. No other state carries such a distinguished record. With Joe Biden barely campaigning in Ohio and Donald Trump covering the state — signs point to Trump again winning Ohio in 2020, albeit with a smaller margin.

Nevertheless, will Ohio be wrong this year? Don’t bet on it.

For years, Ohio’s slogan was ‘The Heart of It All!’ In the fast food industry, new restaurants came to Ohio to see if they could make it, as the industry believed if a restaurant could make it in Ohio, it would make it anywhere. This belief rested on the demographic make-up of Ohio, which represents a good mix of urban, suburban, and rural communities. It also is 80 percent Caucasian and 13 percent African American, which until the recent rise of the Hispanic population reflected America fairly accurately.

Ohio voters traditionally rewarded Republican and Democratic gubernatorial and US Senate candidates who appealed broadly across the state. A presidential candidate who could appeal beyond his party’s base also secured a majority of Ohioans. Trump is a great example of this reality.

Specifically, unlike most Republicans who ran in 2016, Trump took orthodox views on two key issues that broadened his appeal beyond the Republican base. First, he attacked free trade agreements beloved by the Republican establishment because he felt those agreements hurt blue-collar workers in Michigan, Ohio, Pennsylvania and Wisconsin. Next, he didn’t embrace right-to-work, which is viewed as anti-union by many blue-collar workers. Rank-and-file union workers in Ohio and the other blue-collar state voters felt increasingly uncomfortable with the growing progressive, anti-America sentiment in the Democratic party. They saw Trump as a Republican they finally could support.

The support from those unionized workers and their families helped Trump beat Hillary Clinton in Ohio by more than 8 percent. Trump also converted blue-collar voters in Michigan, Pennsylvania and Wisconsin, too, which enabled him to squeak out victories in the ‘blue wall’. Those states pushed him over the 270-Electoral Vote threshold he needed to win The White House.

There is little evidence those voters are going to abandon Trump in 2020. As I previously wrote, Ohioans have suffered mightily due to China first stealing their jobs, next flooding their streets with fentanyl and finally killing the economy with the Wuhan virus pandemic. Trump’s tough approach and Biden’s weak stance towards China won’t soon be forgotten on Main Street Ohio.

On the issue of energy independence, Ohio sits atop both the Marcellus and Utica shale formations and is home to some of the top energy industry innovators. The natural gas production out of Ohio, Pennsylvania and West Virginia (i.e., the Shale Crescent) is the true reason why America has become energy independent. The Shale Crescent is the third largest producer of natural gas in the world behind just America and Russia.

The so-called ‘shale revolution’ is largely responsible for job growth in eastern Ohio and western Pennsylvania. Drilling, production and pipelines are indirectly related to access to cheap energy needed to power facilities. Fracking and energy independence are near and dear to voters in Ohio and Pennsylvania. They won’t like the fact that Biden and his running mate Kamala Harris have adopted positions supporting a Green New Deal and opposing fracking — though Biden now refutes the idea he will ban it.

It is possible Ohio goes for Trump in 2020, but he loses the electoral vote. After all, the 2020 election already has had more twists and turns than the last four elections combined. Given how the issues I’ve mentioned factor in to other key states, however, it seems unlikely that Ohio will be the exception to the rule, as it was in 1960 and in 1944. As they say, as goes Ohio, so goes America.