Celebrating holidays in a strange land

Plus: Tucker Carlson and that other new venture in liberal education

Celebrating holidays in a strange land

In the podcast this week, I talked to Thomas Kidd about the first Thanksgiving. One thing I asked him was whether Thanksgiving was a national holiday or a religious one. His answer was both. I thought about this question again after my wife told me that my daughter, who lives in Canada, was thinking about celebrating Thanksgiving with her husband and some friends this week.

If you have ever lived overseas for a significant period, perhaps you’ve done something similar: gotten together with a few expats or some long-suffering locals to eat some turkey or touch off a few fireworks on the Fourth. It sounds like a good idea, and it can be fun, but most people give up on it after a few years. We did. We celebrated Thanksgiving only one year out of the six we lived in Switzerland and never tried to do anything for the Fourth. We haven’t done much better celebrating the Swiss National Holiday here in the States.

It’s hard to celebrate a national holiday in a foreign state. National holidays require a significant number of people doing the same thing at the same time. A few people who get together to eat turkey is called a party, but a national holiday is when a people set aside time to celebrate a particular event together. It’s not something you can do as a solitary American family amongst a horde of French speakers without feeling you are missing something, and you are. You’re missing pretty much the whole thing.

Religious holidays are a little different because of the strong connection to the past. This may be why it is easier to celebrate a religious holiday when people around you don’t. Jews in America still eat a Passover seder. Eastern Orthodox faithfully celebrate Easter on a different Sunday than Protestants and Catholics. (Of course, even in these cases, the more who celebrate something together, the more it feels like a holy day — a day that is set apart.)

But national holidays are largely affairs of the present, even if they were created to remember the past. They are more about who we are now than where we came from — though the two are related — more about connecting with the living than with the dead.

All holidays reinforce one’s identity, which may be another reason people try to celebrate national holidays overseas. You are a stranger in a strange land and a little out of joint with yourself. Slicing into a turkey on the banks of Lac Leman on a late Thursday night is an attempt to get rid of some of that strangeness, but in my experience, it has the opposite effect. It makes you feel stranger still. Best to simply invite a few friends over for fondue and talk about soccer.

Scott Samuelson writes about a new “venture in liberal education,” and no, it’s not the University of Austin. It’s the Catherine Project:

Because we started in the pandemic, we’ve been holding our classes over Zoom—not only for health reasons but also in order to connect participants from all over the world (we’ve drawn readers from Nairobi and Dubai as well as Europe). Since we’re naturally face-to-face types, our hope is eventually to offer in-person as well as online programs. We’re starting global in hopes of one day going local. Wanting to reach people who lack the resources to study the humanities with a devoted community, we’ve decided to go big: four students per seminar. That way, if one has to drop out because of the hecticness of working-class life, we’ll still have three readers to engage with. Our commitment is to fundamental questions and great books of all traditions. I know the idea of great books triggers certain academic types. We have no agenda to indoctrinate people in any particular set of social or political values. We mostly just want to gain access to the joy at the top of the soul.

The most extraordinary aspect of his travels — the subject of a forthcoming exhibition at the National Gallery — is that so much information about what he saw, thought and felt has survived. During the 15th and 16th centuries many people roved around, great artists included. Unfortunately, however, we generally know little or nothing about what they saw and did. In Dürer’s case, it is different. There is a stack of letters from his stay in Venice and also a journal he kept during an extended journey to the Low Countries in 1520–21 (surviving in two copies). As a result, we can not only read about his experiences but also hear his voice — gossipy, amusing, self-confident, a little vain. Dürer (1471–1528) was the early 16th- century equivalent of Andy Warhol or Gilbert & George: an artist-celebrity with a gift for self-publicity.

On a warm May evening in 1925, Boris Savinkov returned to the secret police headquarters at the Lubyanka in central Moscow from a stroll with his jailers. Ascending to the fourth floor, he availed himself of an open window and the inattention of his guards to leap to his death on the asphalt below. Savinkov left behind a few personal effects, an oeuvre of reasonably accomplished belles-lettres and a biography that, as Vladimir Alexandrov shows in this compelling study, wove its way through Russia’s decades of revolutionary upheaval. Savinkov was born in 1879, the son of a judge in Warsaw. Like many of his generation, he became radicalized in secondary school, and entered the ranks of the Socialist Revolutionary Party while studying in St Petersburg. Never one for the details of ideology, he manifested an early enthusiasm for terrorism and, after a few false starts, rose to be the mastermind of the party’s Combat Organization, responsible for the murders of key tsarist officials and dignitaries, including the Minister of the Interior and the tsar’s first cousin. Then, much to the dismay of his fellow radicals, whose preferred genre in matters of self-representation was the hagiography, Savinkov spent a period of exile in France publishing raw but timely novellas about disillusioned, anguished and bored terrorists.

The Industrial Revolution gets a bad rap in popular histories, which generally portray it as a time of worker exploitation and environmental degradation. The nightmare only came to an end, we’re told, thanks to state interventions pushed by high-minded, far-sighted reformers. Adding a more balanced understanding to this bleak picture is the Industrial Revolutions podcast from David Broker, who charts the changes to society wrought by mechanization, mass production, and scientific advancement. The story Broker tells is wide-ranging, with episodes covering everything from railroads to romantic literature.

The first response of many of today’s readers, particularly those who don’t like the tenor of Carlson’s generally right-populist politics or the preppy swagger and bubbly humor of his TV persona, will be to dismiss The Long Slide as an effort to cash in on the author’s current notoriety by recycling old material to make a buck. That was my assumption when I first opened this collection. But the book has an underlying unity, and a serious message. It evokes a bygone age, an era of magazine and newspaper journalism that seems golden in retrospect, and is now so completely gone that one must strain to imagine that it ever existed at all. The simple fact is that almost none of these essays could be published today, certainly not in the same venues: They are full of language and imagery and a certain brisk cheerfulness toward their subject matter that could not possibly pass muster with the Twittering mob of humorless and ignorant moralists who dictate the editorial policies of today’s elite journalism.

William Logan considers the poetry of Louise Glück, Paul Muldoon, John Ashbery, and others in his latest verse chronicle:

Since Life Studies (1959), American poetry has been devoted to confessing even its confessions, whether the self is naked or wearing a three-piece suit and a bowler hat. Glück’s spare and contrary style, rarely concretely located in time or space, gives these new poems an extremity long desired. If her earlier work could appear feigned, feigning has now been perfected.

People often ask me why I didn’t start a Substack for this email. I explain here. 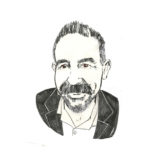