A crack in The Narrative? A glimmer of sanity? Maybe. Well, not really 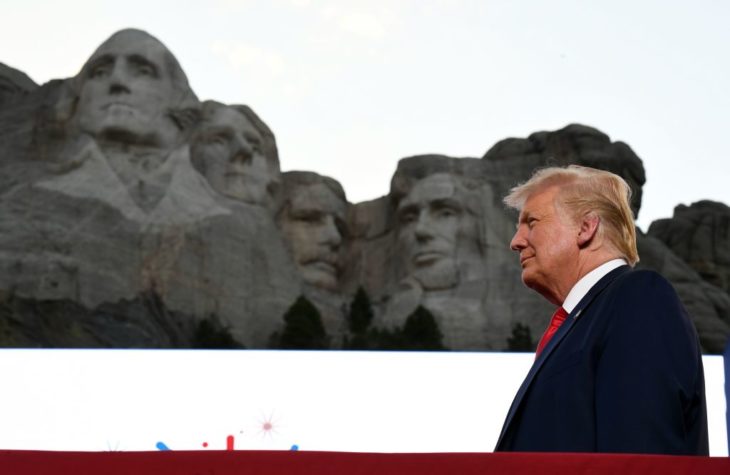 Bill died early in 2008 when the species homo liberalis was already under siege, his little squeaks for tolerance, at least in principle, drowned out by an inbred horde of professional victims, drunk on the cloying nectar of their own quivering sense of virtue.

These days students arrive for their bright college years with plump mental bottoms swaddled in moist moral nappies, their...

Bill died early in 2008 when the species homo liberalis was already under siege, his little squeaks for tolerance, at least in principle, drowned out by an inbred horde of professional victims, drunk on the cloying nectar of their own quivering sense of virtue.

These days students arrive for their bright college years with plump mental bottoms swaddled in moist moral nappies, their mouths puckering for the grateful nipple of energizing pabulum about the horrors of racism and prejudice, their tiny minds soothed by reassuring nostrums caressing their unshakeable sense of election. ‘Safe spaces’, ‘trigger warnings’, incessant bleatings about feeling offended and threatened because someone somewhere uttered a word they dislike, someone they disapprove of was invited to campus, someone wore an unacceptable hat or shirt or cooked ethnic food without permission.

At first it seemed partly risible, partly pathetic. But then one noticed the sharpened nails on those chubby digits, the spike-like teeth growing in those suckling mouths.

Welcome to the weaponization of whining, aka ‘cancel culture’. President Trump, speaking on July 3 at Mount Rushmore, connected the dots. ‘Angry mobs are trying to tear down statues of our Founders, deface our most sacred memorials and unleash a wave of violent crime in our cities,’ he noted. ‘One of their political weapons is “cancel culture” — driving people from their jobs, shaming dissenters and demanding total submission from anyone who disagrees. This is the very definition of totalitarianism, and it is completely alien to our culture and our values, and it has no place in the United States of America.’

Rousing words. But is the President correct that this novel political virus — call it CANCEL-20 — has ‘absolutely no place’ in the US? I agree that it shouldn’t have. But as a matter of plain fact, I wonder.

Cancel culture is Whitmanian in its tolerance for contradiction. But the President is right: it is wielded primarily as a ‘political weapon’, not as adjunct to inquiry. Truth, consistency, justice do not matter to cancel culture, only the acquisition and display of power.

So it seemed at first to represent a wrinkle in The Narrative that Harper’s announced it was publishing ‘A Letter on Justice and Open Debate’ in its October issue. An advance copy of the missive, signed by some 150 OK celebs and wannabe celebs, almost exclusively from the left, was published on its website in mid-July. A prefatory bulletin singled out Bill T. Jones, Wynton Marsalis, Jennifer Finney Boylan, Noam Chomsky, J.K. Rowling, Margaret Atwood and Salman Rushdie as among the signatories and noted that the letter ‘expresses concern over the illiberal trend intensified by our national reckoning’.

Hmm. A crack in The Narrative? A glimmer of sanity? Maybe. Well, not really.

The second paragraph of the letter makes some powerful points about ‘the free exchange of information and ideas’ being ‘the lifeblood of a liberal society’, etc. It then warns against the ‘all too common’ calls for ‘swift and severe retribution in response to perceived transgressions of speech and thought’ and invokes the shattered careers of editors, professors and others who have crossed a politically correct red line.

It is good stuff. But do the letter writers really mean it? This inspirational little nugget was prefaced by the usual boilerplate. They tell us that ‘powerful protests’ — what most of us would call ‘riots’ — are sweeping the country to demand racial justice, police reform and greater ‘inclusion’. They like all that, even though there is basically no racial injustice in America circa 2020, unless it be the reverse racism of ‘affirmative action’ (i.e., racially based discrimination in favor of blacks), nor is there any special problem with the police. They rather give away the show with their ritual imprecation anathematizing President Trump: ‘The forces of illiberalism are gaining strength throughout the world and have a powerful ally in Donald Trump, who represents a real threat to democracy.’

He doesn’t, you know, quite the contrary. But it is the perfect bit of reflexive obeisance to the forces of woke tyranny. It also drew a box around their expressions of support for open debate and tolerance, underscoring their status as rhetorical window dressing, really just another excuse for the signatories to feel good about themselves.

The reaction was partly sad, partly hilarious. I mentioned that one of the signatories was J.K. Rowling, until 15 minutes ago an apple of the left’s eye. After all, did she not reveal that the wizard Dumbledore was homosexual? But then she blotted her copybook by making fun of someone talking about ‘people who menstruate’. ‘I’m sure there used to be a word for those people,’ Rowling tweeted. ‘Someone help me out. Wumben? Wimpund? Woomud?’

That was too much for Jennifer Finney Boylan (né James Boylan), who agonized: ‘I did not know who else had signed that letter. I thought I was endorsing a well meaning, if vague, message against internet shaming. I did know Chomsky, Steinem and Atwood were in, and I thought, good company. The consequences are mine to bear. I am so sorry.’

Reflecting on the little kabuki performance initiated by the letter, Instapundit’s Glenn Reynolds observed that ‘Leftists treat disagreement like a case of cooties, because that is the intellectual level on which they function.’ Yes, and I will only add, those whom the gods would destroy they first make crazy.