The time has come for Britain to legalize drugs

The profit from drugs fuels the underworld of organized crime 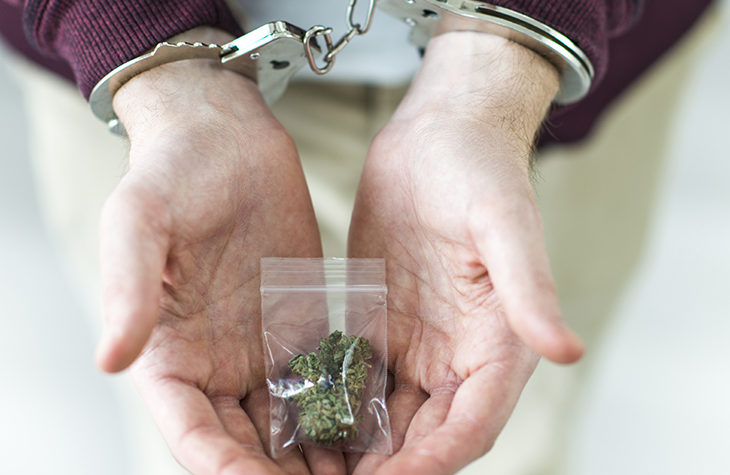 The time has come for Britain to legalize drugs

I have been a defense lawyer for more than 25 years. I have defended clients charged with almost every crime there is. I have argued against convictions for robbery, rape, sexual assault, murder, manslaughter, copyright theft, perverting the course of justice, perjury, serious fraud, international illegal fishing, money laundering, causing death by dangerous driving, grievous bodily harm, blackmail… and the list goes on.

Of all the crimes and misdemeanors I have seen, all the improbable tales and shocking lies in the witness box, what sticks with me most about the criminal justice system is the utter...

I have been a defense lawyer for more than 25 years. I have defended clients charged with almost every crime there is. I have argued against convictions for robbery, rape, sexual assault, murder, manslaughter, copyright theft, perverting the course of justice, perjury, serious fraud, international illegal fishing, money laundering, causing death by dangerous driving, grievous bodily harm, blackmail… and the list goes on.

Of all the crimes and misdemeanors I have seen, all the improbable tales and shocking lies in the witness box, what sticks with me most about the criminal justice system is the utter simplicity of the one thing that lies behind almost all of it. People want to take drugs and nothing will stop them. Some people take lots of drugs all the time, others take a few drugs some of the time, and of course some never take any at all (or at least will not admit it), or just stick to drugs which are legal.

They say that you are never more than a few feet from the nearest rat. You are equally close to the nearest dealer, whether you are a banker, living on the streets, or walking the halls of Westminster between Brexit votes. This is no surprise given the bountiful supply. Skunk cannabis is now grown in converted buildings all around Britain. Crops are harvested and rotated to maximize yield. It is so easy to find and so cheap to buy, it may as well be in vending machines in pub toilets.

Cocaine is concealed in ever more ingenious ways, to make the sea voyage from South America to the ports of Europe, or the air voyage in the stomachs of mules. At the end, it will be delivered in convenient small packages, to home, office or party. Heroin arrives from Afghanistan, via Turkey, using the same dazzling array of concealment techniques. Ever purer, it has become more addictive and more deadly. Synthetic drugs such as MDMA now come in high-strength powders rather than old-fashioned pills (it’s not the 1990s). Newer concoctions, such as spice, create zombies, both on our streets and in our prisons.

Think about that for a minute. Prisoners can get drugs. In prison. The most secure places in the country cannot control what comes into them; they cannot prevent inmates from getting hold of illegal, mind-altering substances. People often enter prison having never or barely touched drugs in their lives, and emerge with a mission to find a dealer on the outside, maybe find a way to smuggle some back in again.

The profit from drugs fuels the underworld of organized crime. It encourages people to take unimaginable risks, even though they have everything to lose. The young woman who uses a Stanley knife to carefully insert spice into her baby’s nappy so she can smuggle it into prison, just to satisfy her incarcerated boyfriend’s habit. The lawyer who takes advantage of lax security to get a gram of coke into the court building, to see her through the day.

Prohibition is the only reason that there is any money to be made from drugs. At the beginning of the supply chain, drugs are cheap. Really cheap. A kilo of pure cocaine or heroin, at the markets close to the source, runs at just a couple of thousand dollars. But by the time that same kilo has followed the long supply chain, filling the pockets of every link along the way, onwards into the veins, lungs and nostrils of Europeans and Americans, cut to minimal purity, it is worth many dozens of times more.

One of my more sophisticated clients, who imported about £10 million worth of cocaine a month, told me the drugs business is not about drugs at all. It is about logistics and transport — getting the drugs to market. ‘If the government wanted to put me out of business,’ he said, ‘all they would need to do is scrap the Misuse of Drugs Act and license the supply of all drugs. I could never compete. And let’s get real, they would have the best gear for half the price.’

In the end, he was locked away for a very long time, but you can be sure that did not mean a moment’s interruption to the relentless supply chain, or the death and the misery. I have seen first-hand the pain of street drugs. One young woman I defended found herself at the scene of a murder, committed by her own brother, a small-time dealer, over the theft of a few hundred pounds by one of his gang. She was charged with the murder herself — ‘joint enterprise’ — and separated from her two young kids, locked away in a women’s prison, until finally she heard the words ‘not guilty’ from the foreman of the jury.

Another client was shot nine times, and spent more than a decade in jail, before miraculously escaping ‘the street’, as so few do. He now fights a relentless — but often losing — battle to mentor teenagers, telling them of the horrors he has seen. The lure of cash, watches and cars is too much for most and his own nephew was recently stabbed to death by gangsters, in their ruthless pursuit of territory and profit.

To most professionals like me, with long and direct experience of the world of drugs and crime, there is nothing more baffling than the continuing attempt to use laws to prevent people taking drugs. Drug laws are made, arrests continue, sentences get longer, prisons get fuller, more young people are shot and stabbed, but the neat packages of white and brown powder still arrive with unstoppable efficiency.

The single most rational, brave and kind decision, for all those suffering from drug-related crime, which is all of us, would be to legalize the lot. As a happy but incidental benefit, this would rid the world of one of the most unpopular groups of all — defense lawyers.