The Swiss love their clocks, their cheese and their chocolate. They also adore their railway 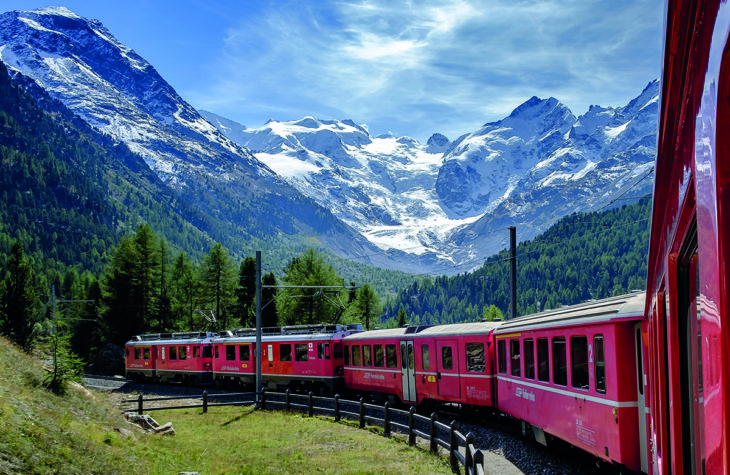 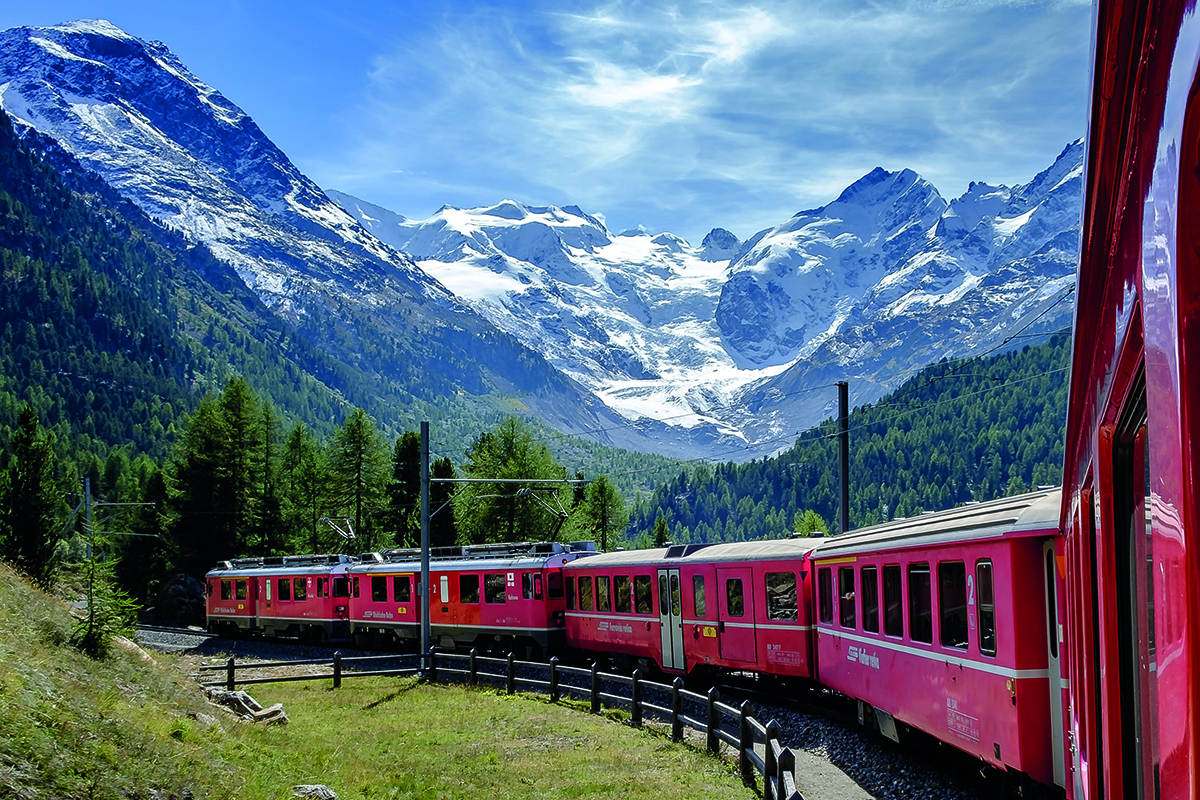 As we all know, the Swiss love their clocks, their cheese and their chocolate. They also adore their railway. The trains are clean, comfortable, convenient and you can set your (Swiss) watch by them.

The system is 175 years old this year, a fact recently celebrated by the running of the world’s longest train through the Swiss Alps. It was quite a feat and took years to plan. The 1.2 mile-long train comprised 100 carriages and passed over forty-eight bridges and through twenty-two tunnels during its fifteen-mile journey, setting a new Guinness world record as it...

As we all know, the Swiss love their clocks, their cheese and their chocolate. They also adore their railway. The trains are clean, comfortable, convenient and you can set your (Swiss) watch by them.

The system is 175 years old this year, a fact recently celebrated by the running of the world’s longest train through the Swiss Alps. It was quite a feat and took years to plan. The 1.2 mile-long train comprised 100 carriages and passed over forty-eight bridges and through twenty-two tunnels during its fifteen-mile journey, setting a new Guinness world record as it did so.

If you’re an American still filled with the romance of the rails, or a Brit exasperated by a domestic railway system with constant strikes, delays and cancellations, then do consider giving Swiss trains a try, if only to see how the world’s finest public transport system works. It is a complete and utter joy — whatever time of year you go — with cancellations or delays unheard of. 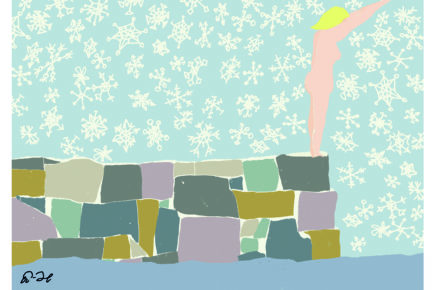 Self-preservation in Sweden and Denmark

Mrs. Ray and I are just back from a brief Swiss sojourn where we did just that. Having flown to Geneva, we let the train take the strain, traveling to and fro along the north bank of Lake Geneva and up beyond Gstaad as far as Zweisimmen. We got off here and we got off there. We hiked in the mountains, we swam in the lake (well, the missus did), we sightsaw, we pottered. And, goodness, we ate and drank like kings.

The minute we arrived in Geneva, we bought our Swiss Travel Passes. Although not cheap (they start at around $250 per person for a three-day pass or $400 for first class), they are wonderful for the casual visitor, giving you unlimited travel throughout the country for three, four, six, eight or fifteen days by train (including the premium panoramic ones), bus and boat. And guess what? The whole system, part of the world’s densest traffic network, is synchronized, so that when you arrive by train, your onward bus or boat is waiting. And ditto when you arrive by bus or boat. Oh, and the pass gives you entry into more than 500 museums and galleries too. It’s really quite marvelous.

Our train east from Geneva was a double-decker and a delight, passing through the Olympic city of Lausanne before offering glorious views of Lake Geneva on our right and forests, mountains and the vineyards of Lavaux on our left. They’ve made wine here since at least the eleventh century, and the ancient terraced vineyards that hug the lakeside are a UNESCO World Heritage site. The wines they produce — mainly whites like Chasselas and Fendant — are a tongue-tingling joy.

We changed trains at Montreux (the phantom strains of Deep Purple’s “Smoke on the Water” swirling inevitably and irritatingly around my head) and took the GoldenPass train, with its vast picture windows, to Rougemont. The line twists and turns as it heads high into the mountains; one minute the great lake is on your left, the next on your right. It’s dramatic, if not a little confusing. We based ourselves in Rougemont’s Hôtel de Commune, a typical, chocolate-box Swiss chalet of simple but genial comfort.

We took the train further east to Zweisimmen (the onboard announcements and the conductor’s affable chit-chat changing from French to German halfway along) and then west back along the lakeside, hopping on and off at such towns and winemaking villages as Cully, Grandvaux, Riex and Vevey (famously beloved of the likes of Charlie Chaplin — whose statue overlooks the lake — James Mason and Graham Greene).

We took the cable car 7,200 feet up La Videmanette for a lung-busting hike and a well-earned beer. We strolled around Château-d’Oex and had vast platters of homemade charcuterie, a fine fondue and exquisitely uplifting Swiss eau de vie at the locals’ favorite pit-stop Le Chalet.

And then, the highlight. Having teed ourselves up nicely the night before with a supper of roast veal, golden rösti and scrumptious apricot tart and sorbet at Le Cerf, a 100-year-old family restaurant bang opposite our hotel, we had one of the finest, shirt-poppingest meals of our lives at La Table du Valrose, a Michelin-starred restaurant in the small hotel that sits right on the platform of Rougemont station.

A seven-course tasting menu with matching wines (many of them local) was eyewateringly, outrageously, inappropriately pricey (full disclosure: we were being comped), coming in at around $400 per head. Needless to say, it’s a venue for a very special occasion (or an unexpected windfall) — but so good that it’s worth the trip alone. I’m still dreaming about course number four: blue lobster cooked in peach leaves, lettuce and sage. The veal loin with sweetbreads, smoked rice and mirabelles was pretty darn fine too. Even the three different butters — from cow, sheep and goat milk — served with the homemade bread had Mrs. Ray purring, as did the dozen very different cheeses all produced at farms within fifteen minutes of the restaurant. I bet they were delivered by train.