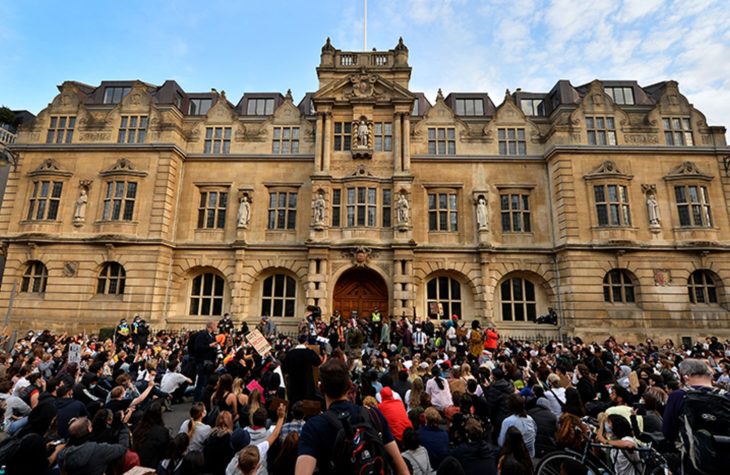 Gstaad, Switzerland
I thought of Nietzsche while the mayhem and destruction of monuments was going on. Decadent bourgeois society was in the great man’s sights, but then he went bananas. Later on, young Nietzscheans believed that what was needed to save the world was an insurrection of sons against their fathers. But things do change, and mostly for the worse. Imagine if Mr N and his followers were around today — in recent months to be exact. They’d be exhorting fathers to kill their sons. And daughters.

My higher thoughts were interrupted by a telephone call...

I thought of Nietzsche while the mayhem and destruction of monuments was going on. Decadent bourgeois society was in the great man’s sights, but then he went bananas. Later on, young Nietzscheans believed that what was needed to save the world was an insurrection of sons against their fathers. But things do change, and mostly for the worse. Imagine if Mr N and his followers were around today — in recent months to be exact. They’d be exhorting fathers to kill their sons. And daughters.

My higher thoughts were interrupted by a telephone call from a woman who spoke with what sounded like a parody of a female voice. She was French and a journalist for France 2, a major television station, and a program by the name of Complément d’enquête, a French sort of 60 Minutes. She had read my daughter’s book on Gstaad and wished to speak to me about the place.

‘As far as I know, Nietzsche was never here,’ I said.

She didn’t miss a beat. ‘But others just as famous have been.’

I trust hacks in general and television hacks in particular as much as I trust the BBC to cover both sides of a story, so I declined. Then a funny thing happened. The female voice that sounded like a parody of a female voice rang the wife, someone who has never willingly spoken to a member of a profession she has very little love or respect for, and convinced her that I should speak to her. I suppose it was her little-girl manner and the voice that did it. I agreed.

What followed should be included in textbooks for wannabe television journalists. Isabelle — that’s the reporter in question’s name — had assured me that her assistant would use a cellphone-like device to film and record. ‘No lights, no microphones, no problems.’ Not true. Two large men carrying large equipment arrived looking ill at ease and proceeded to move my furniture around. Isabelle stood there smiling and saying little. Her size matched her voice, and she was very friendly. After the burly technician, who was not wearing a mask, had miked me up, we began with me mentioning Nietzsche.

‘No, no,’ said Isabelle (we were speaking in French), ‘I want to know about votre ami Roman Polanski.’ So I said what I had to say about Roman: I’d known him for more than 50 years and had never seen him misbehave. He was fun to be around, very bright and a hell of a skier, plus the talent. I said that I thought he had paid for what he did some 40 years ago.

That was not good enough. Girlie voice needed dirt and wanted to know what we had done together 50 years ago. Were there underage girls involved? Were the locals friendly towards him? After a while I’d had enough. ‘You came under false pretenses,’ I said. ‘This is not about Gstaad but about Polanski.’ ‘Mais non, pas du tout,’ she replied. ‘But tell me what you think Roman does at night?’

She was like the proverbial broken record. It’s not enough that Polanski’s parents died in a concentration camp, that his wife and unborn child were murdered by hippie types who would today be tearing down statues. An unproven allegation meant that his film about Dreyfus was banned in the US.

My ‘guests’ proceeded to film my house, the surrounding fields and the private street. That’s when the mother of my children sprang into action. She rang a lawyer who will sue the hell out of the Frogs if my chalet appears on screen and also demanded a letter stating that as permission to film had not previously been requested and approved, the footage would not appear in the program. In any case, as I said only nice things about Polanski, I will not appear on the program either — of that I’m sure.

And now, after that rude interruption, let’s get back to Nietzsche. He would have had lots to say about the present if he had not gone nuts. (The great Wagner, a onetime friend of his, believed that Nietzsche went bonkers on account of an excess of masturbation. If that’s true, many present types should be in the nuthouse.) By planting the idea of a decline in society, one could actually hasten its demise, or so many of Nietzsche’s followers believed. Nietzsche urged that the will to power can serve as a mighty hammer, and called young men the explosive ones. Today they do seem to be exploding things, although I’d bet my bottom dollar that not a single one of them could spell the N-name correctly.

Just as in Nietzsche’s time, with Germany’s university students complaining of being oppressed and suffocated when they were in fact part of a privileged elite, the mobs who are now demanding the removal of Cecil Rhodes and his kind are among the elite and the privileged. What they really deserve is to be severely reprimanded for their cheek. From ignorance to self-righteousness to violence is their way, and the response should be a robust one. That is my advice to our side. To theirs I advise less self-abuse.