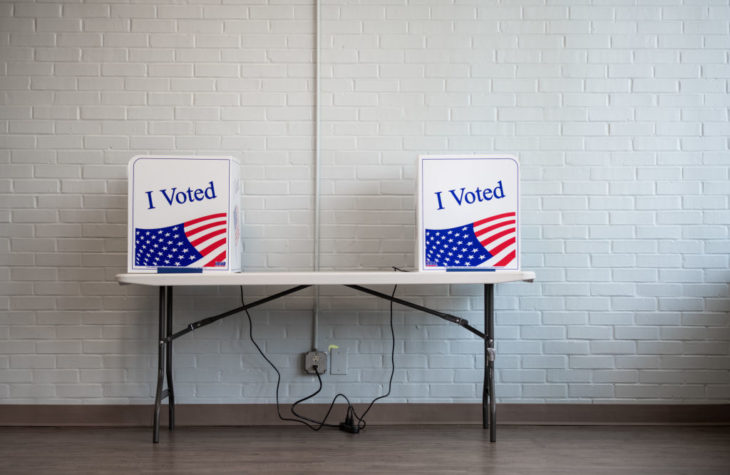 Batavia, New YorkWhen our daughter was growing up, she and I would sit on the front porch every summer solstice and read the opening chapters of Ray Bradbury's Dandelion Wine, as fine an evocation of a childhood summer as has been written. True, dandelions are a May flower — don't you dare call them weeds! — but old Ray had earned his literary license. A stiff shot of dandelion wine would be welcome fortification for those of us voting in the special congressional election in the 27th district of New York on June 23, coincident with...

When our daughter was growing up, she and I would sit on the front porch every summer solstice and read the opening chapters of Ray Bradbury’s Dandelion Wine, as fine an evocation of a childhood summer as has been written. True, dandelions are a May flower — don’t you dare call them weeds! — but old Ray had earned his literary license. A stiff shot of dandelion wine would be welcome fortification for those of us voting in the special congressional election in the 27th district of New York on June 23, coincident with our state’s presidential primary. That day we will choose the successor to the disgraced Republican resignee Chris Collins, who has yet to begin serving his 26-month sentence in the federal pen for insider trading.Twice has our county’s board of elections mailed every voter an absentee ballot, as part of the technocratic effort to discourage human contact and further erode civic life, but I shall walk down the street, past the bay for the town’s firetrucks, and cast my ballot in person, with my neighbors.With great pleasure I will mark my X in the Democratic presidential primary for Tulsi Gabbard. Thus will I have voted for a woman in two consecutive presidential contests, Green candidate Jill Stein in 2016 being the first. What can I say, Hillary — I’m a sucker for Russian assets.Alas, the Russkies have left me no instructions concerning the depressing special congressional election, so I’m on my own. Once upon a time, Genesee County was represented by the Republican Barber Conable, descendant of country lawyers and literate dairy farmers, who more than once was chosen the most respected member of the US Congress in surveys of his colleagues. The noble Mr Conable refused to accept any individual contribution greater than $50, a practice that his successors would regard as evidence of insanity.But 30 years ago our rural county was gerrymandered into a district dominated by suburban Buffalo, and in the decades since our representation has been dreadful, if often comically so. Republicans Bill Paxon and Tom Reynolds both left office under murky circumstances. Rather than return home, as James Madison & Co. had expected retired members of Congress to do, each is today whoring out as a lobbyist in that Beltway swamp whose draining will not be accomplished by anything short of — let’s face it — (peaceful) revolution.They were succeeded by Christopher ‘I vant to suck your ___’ Lee, who slunk out of the House in 2011 when, according to the website Gawker, he was discovered soliciting a ‘TS’ or a ‘CD’ on Craigslist. (I don’t think that meant he was looking for tea sets or compact disks.) Lee was succeeded by a nice woman from the Buffalo suburbs, Democrat Kathy Hochul, who upon later being elected lieutenant governor promptly flipflopped on such matters as gun control and immigration — an evolution similar to that of Upstate-sourced Sen. Kirsten Gillibrand. This is why I now assume that any Democrat appealing for the votes of rural people is fibbing.Hochul gave way to Collins, the second congressional Chris within a decade to quit in the middle of a term. As a result, the 27th congressional district of New York has become, ever so briefly, the cynosure of political junkies. The soulless Erie County (Buffalo) operatives who dictate Republican doings to the pavid panjandrums of the outland counties have forced down our gullets yet another self-financing Chris, this one surnamed Jacobs, a Romney Republican who has clumsily aligned himself with the incumbent President. The Democratic candidate, former Grand Island town supervisor Nate McMurray, who came within about 1,000 votes of defeating the imperiled Collins in 2018, is running again, though with a newly hectoring tone that suggests he has watched too much MSNBC. The querulous wokester McMurray is given to ill-advised tweets, a la his bête noire Donald Trump. Early in the campaign he burned a bridge in spectacular fashion when he taunted Delaware North, which calls itself a ‘hospitality management and food service’ giant — that is, they sell you $10 beers at sporting events. Delaware North, curiously, is McMurray’s employer, and is owned, cozily enough, by his opponent’s family. After the company put him on unpaid leave, McMurray tweeted, ‘In our part of the world only people named Jacobs and Native Peoples (under law) got casino licenses. And now they want a Congrssman (sic). To get more? Haven’t they got enough?’I give Nate points for defiance, but I trust he’s polishing the old résumé.Thankfully, there is a Libertarian on the ballot, so I won’t be wasting my vote.

Chris Jacobs almost certainly will defeat Nate McMurray in the special election to fill the remaining six months of Collins’s term, but Jacobs is running in another race that same day: the Republican primary to secure a spot opposite McMurray in November. Jacobs is facing two GOP primary opponents, the more vigorous of which is Beth Parlato, a Fox blonde and energetic partisan of what used to be called the religious right. Parlato’s comely countenance adorns her yard signs, which in our neck of the district outnumber those of the establishment choice Jacobs. Nate McMurray must be praying nightly that the moneybags Jacobs loses to Parlato, whom the Democrats would gleefully paint as a cross between Sarah Palin and Phyllis Schlafly. Unlike a ho-hum Jacobs-McMurray rematch in November, Parlato-McMurray would be an interesting race.At all events, the last puffy white pappi of the dandelions will have long floated away by November, having given way to late-year bloomers like the fringed gentian, and we will have learned once more that ’tis better to be a flower-seeker than a power-seeker.