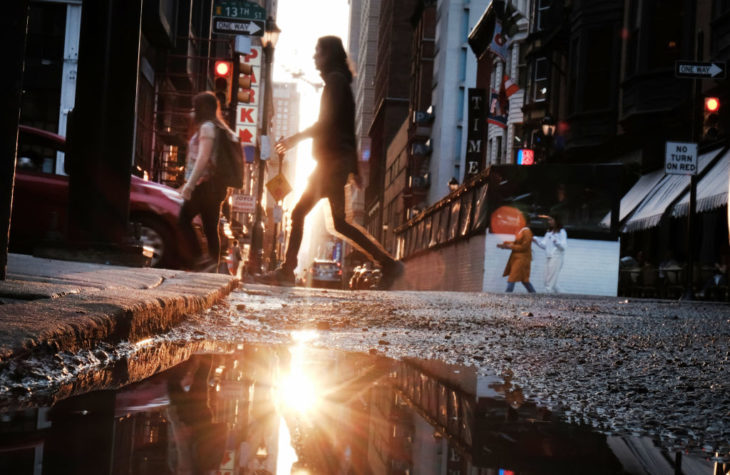 People walk down a street in downtown on April 14, 2022 in Philadelphia, Pennsylvania. (Photo by Spencer Platt/Getty Images) 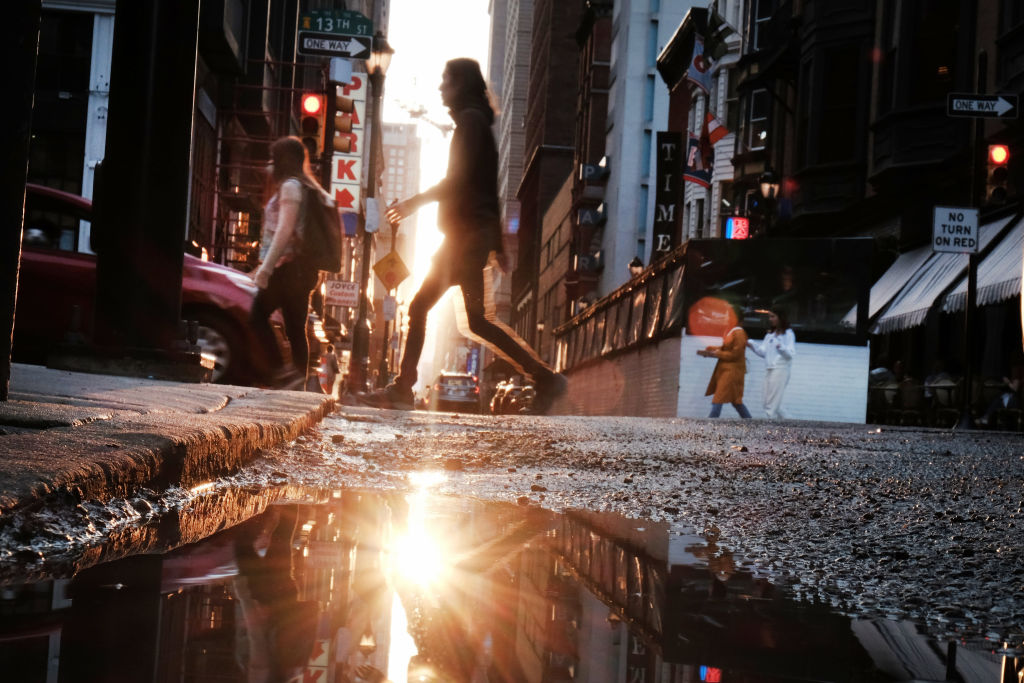 Nothing says "it’s going to be a fine day" like a catcall. A short line at the coffee shop, great. No pushing and shoving to get on the subway, wonderful. But hearing that whistle when walking past a group of builders up on the scaffolding really makes me smile like nothing else in my morning routine. If I’m lucky, I even get a “looking good, darling.”

It’s an act that me and my nameless builder friend have perfected. I blush, he gives me a cheeky smile, we both get on with our day. Yet in London,...

Nothing says “it’s going to be a fine day” like a catcall. A short line at the coffee shop, great. No pushing and shoving to get on the subway, wonderful. But hearing that whistle when walking past a group of builders up on the scaffolding really makes me smile like nothing else in my morning routine. If I’m lucky, I even get a “looking good, darling.”

It’s an act that me and my nameless builder friend have perfected. I blush, he gives me a cheeky smile, we both get on with our day. Yet in London, this morning staple of mine is about to be made punishable by up to two years in prison. Bye bye, builder friend.

Late last year, the British government launched their war on ogling. A bill was passed that will eventually see “street harassment” — catcalling, following someone, and persistent staring — a punishable offense. Even though these acts are already illegal under sexual harassment laws, the state argues that separate legislation will encourage more people to report it to the police. 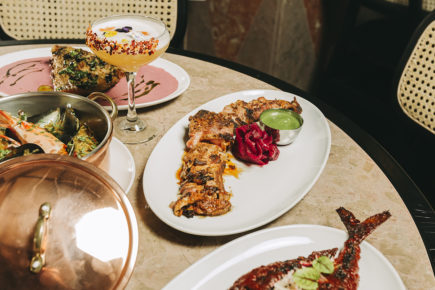 Eating from Lisbon to London and back again

Nobody wants to be followed or persistently stared at, least of all me. But are we really lumping in an innocent catcall with stalking? And staring — how exactly are we proving this? I’m imagining police officers measuring the direction and duration of people’s eyeball movements. Of course, they won’t, because police in Britain, particularly in London, wouldn’t come to your rescue if you’d been set on fire. They’re too busy criminalizing more and more things they won’t do anything about.

From time to time, a video pops up on my Twitter feed. It’s from the BBC and it shows a female reporter pinching the bums of men in the name of equality. It’s from 1971, a more innocent time that I have never known. Nicky Woodhead in her mod dress and boots runs up to an unsuspecting man, gives him a quick pinch, and asks, “excuse me sir, how do you feel about women pinching men’s bottoms in the street?” She’s met with giggles, flushed cheeks, and answers such as “it’s refreshing.” The same experiment now would now be met with a police report and weeks of therapy.

Society and the miserable majority may have made me feel bad about my love of catcalls, but I’m not alone in my thoughts. One friend was catcalled at college by a group of builders — the usual suspects — when a kind man ran over to her, offering himself as a witness should she want to report it to the police. She was positively glowing from the whistle and politely declined. When asking friends what they thought about the act, one admitted that while she “shouldn’t enjoy it, I can’t deny that I do.” Others who originally said they didn’t like to be catcalled have since admitted they only took that view because they felt like they had to.

Of course, not everybody does enjoy it, and with the rise of real misogyny spread by deplorable wrong-uns such as Andrew Tate, women are rightly more cautious. Tate, the self-claimed misogynist influencer, spews hate, saying women are “intrinsically lazy” and there’s “no such thing as an independent female.” I hate Andrew Tate. I hate him because it has now transpired that he may be guilty of human trafficking and rape. I hate him because he dresses terribly and thinks sucking cigars like a baby’s bottle is some kind of great display of his superior masculinity. I hate Andrew Tate because now normal, nice men can’t catcall me in the streets, even if I like it when they do.

I’m not asking for the nostalgic sexism of a Mad Men world. But I can’t help but think that the soft and sensitive will take issue with everything, usually because they’re looking for the bad in everyone. A man opening a door for you isn’t insulting or presumptuous. It won’t undermine your status as an equal. I’d take it a step further. Carry my bags, light my cigarette, buy me dinner. Hell, sometimes I daydream about giving up my job to bake cakes for my husband. Although that doesn’t last long.

There are wild discrepancies as to what we now view as acceptable and unacceptable. A man swiping right or left, depending on whether he finds you attractive enough to speak to, is fine. Liberating, even. A man openly declaring that he finds you attractive in the street is not only misogynistic, but now punishable by prison time. What does it say about us that we are fine with men touching a screen to indicate they like our pictures on Instagram, but a wolf whistle goes too far? Unlike the half-assed, drunken Instagram like, at least we know the catcallers mean it. To be bold enough to do something like that in this era, they have to.

There’s a line in Ocean’s 11 where Matt Damon says getting to watch Julia Roberts walk down the stairs is “the best part of my day.” And that’s what the catcall is. It’s not some heinous act or attempt to intimidate you. It is somebody letting you know that you are the best part of their day. So what’s the worst thing about catcalls? For me, it’ll be the day when they stop. 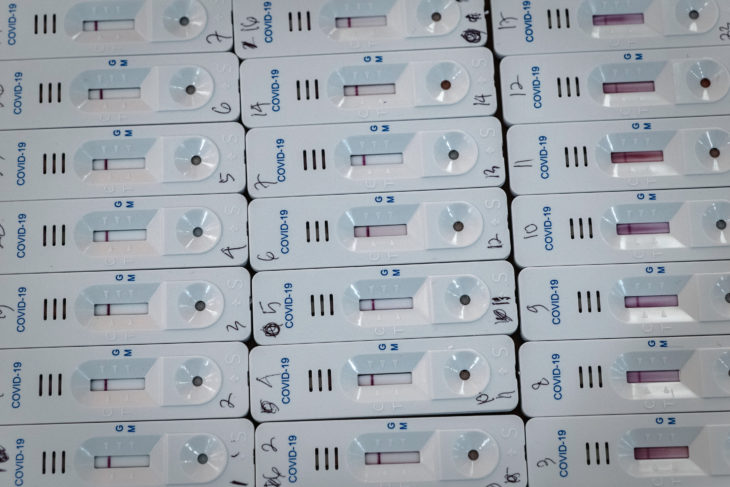 The antibody test that proved my wife wrong 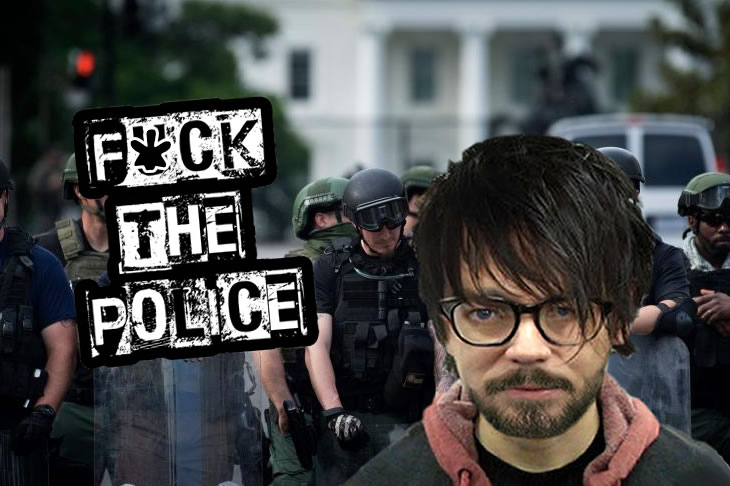 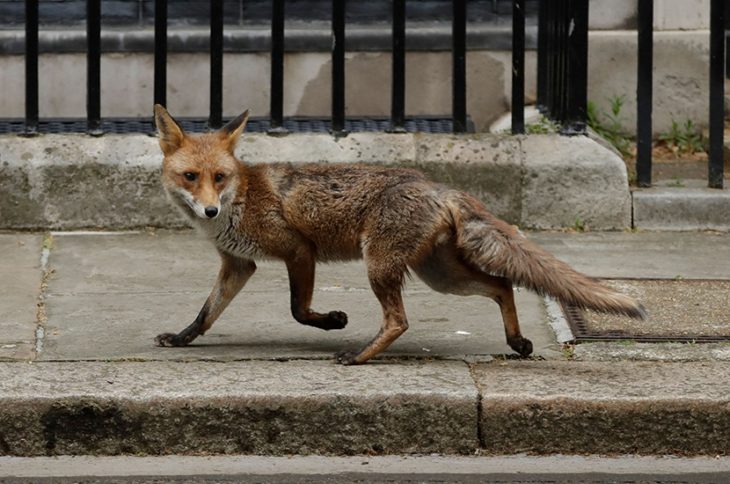 The intense pleasures of lockdown 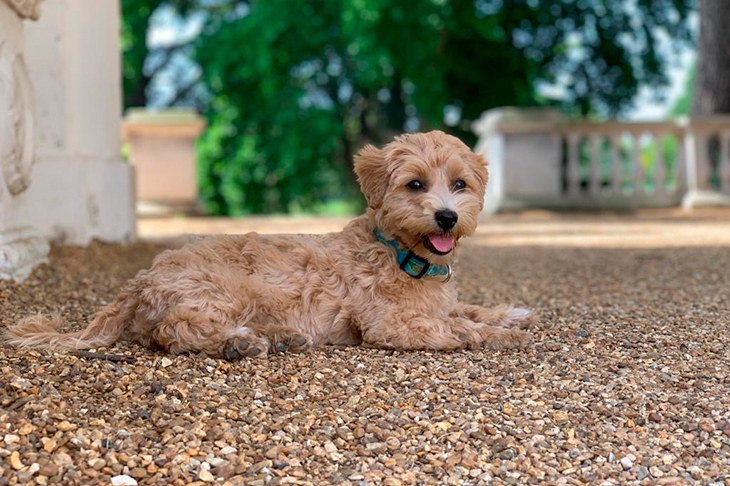