‘My voice is a curse’: Gary Numan interviewed 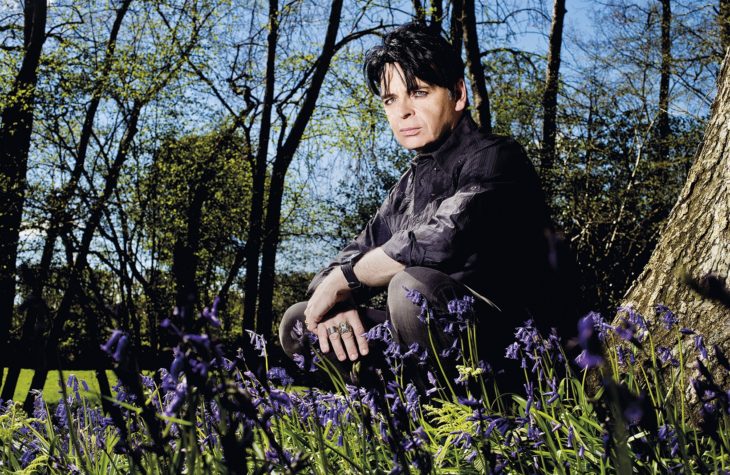 Gary Numan: ‘Asperger’s shaped the music I made then, it still does’ (Sarah Lee/Guardian/eyevine) 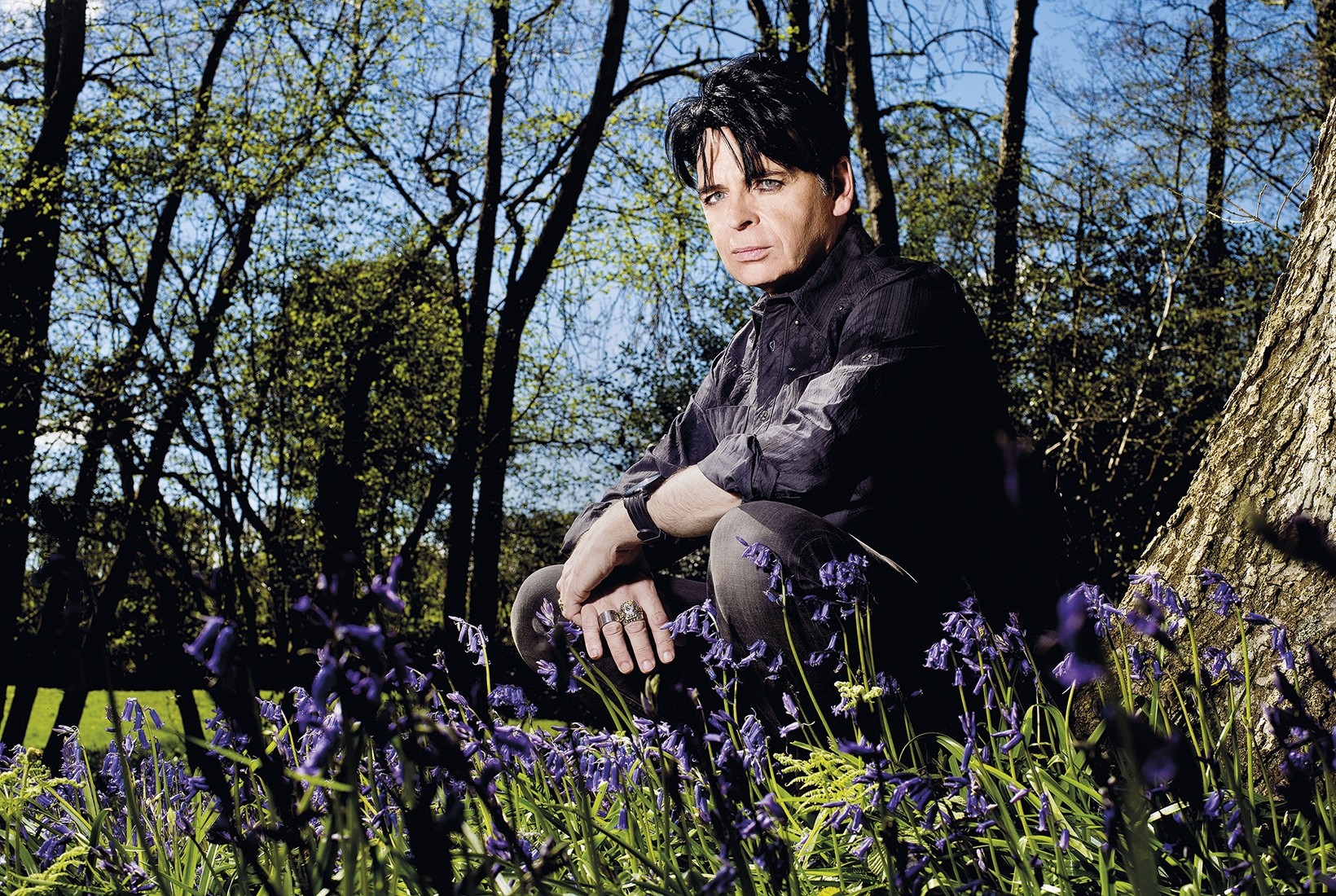 ‘My voice is a curse’: Gary Numan interviewed

Reading the opening chapter of Gary Numan’s recent autobiography, (R)evolution, I start to get the odd feeling that I could just as well be reading about my own early life. Like Numan, I grew up near London's Heathrow airport and found the aircraft that flew over our house beautiful and magical. My parents were working class and worked hard and supported me all the way. Like Numan, I wanted to be a pilot, and a rock star. And like him, I never quite fitted in. Perhaps I could have formed a seminal band, become a...

Reading the opening chapter of Gary Numan’s recent autobiography, (R)evolution, I start to get the odd feeling that I could just as well be reading about my own early life. Like Numan, I grew up near London’s Heathrow airport and found the aircraft that flew over our house beautiful and magical. My parents were working class and worked hard and supported me all the way. Like Numan, I wanted to be a pilot, and a rock star. And like him, I never quite fitted in. Perhaps I could have formed a seminal band, become a pilot in my spare time and moved to LA. But then I don’t have that voice, or that talent. Never mind.

I am chatting to him by Zoom. He’s in his LA home and eagerly awaiting the release of his 18th solo studio album, Intruder.

The idea for the album came from an interesting place: a poem called ‘Earth’, written a few years ago by his then 11-year-old daughter Echo. It is ‘a child’s view of what the Earth is going through’. If the Earth could talk what would it say? Two of his children sing on the album and Numan co-wrote a song with one of the kids. ‘She wrote 90 percent of the song, but I still get a credit.’ 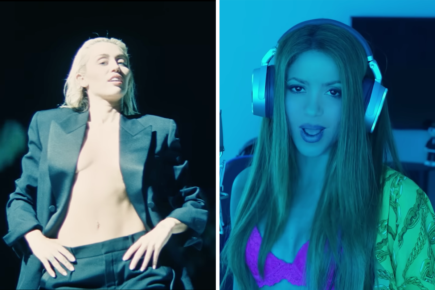 Shakira, Miley Cyrus and the unwelcome return of the diss track

If the lyrics are direct, then the album’s soundscape, created along with producer Ade Fenton, is otherworldly, beautiful and brutal. But there is a strange ingredient: the Turkish musician Gorkem Sen. Sen invented, and is the only person in the world who can play, the yaybahar, an acoustic string synthesizer that has a strong Middle Eastern flavor.

I decide to test out a pet theory — that the alienating, grim and scary soundscapes of his music are a direct result of growing up in a place that is Nowheresville. Alienated places produce alienating music. If Numan had grown up in a nicer part of London like Hampstead perhaps he’d have been Britain’s answer to Burt Bacharach.

‘It is possible, but really everything came from my having Asperger’s, I think. When I was younger my Asperger’s was rampant. I have become more mellow over the years. You learn to navigate your way around the bits that are difficult and exploit the bits that are to your advantage. I think more than anything that’s what shaped the music I made then, and still does.’

Numan tells me that he has always seen his Asperger’s as a gift, not a disability. ‘Yes, there is a price to pay for having it, that’s how I see it — I am not good socially. I find eye contact hard, I can come across as aloof and distant because I don’t know what to say. But it has given me focus, almost obsessively so. But what’s wrong with that? If you are flying in an aeroplane over the Atlantic, you want the pilot to be obsessed with flying, don’t you?’

Numan’s parents knew there was something special about him and they never medicalized it. ‘I badly let them down at school. I did the 11+, went to grammar school, was very bright, but I got expelled, I deceived them, and then was expelled from the next school.’

His parents didn’t give him an easy ride, but they dusted themselves down, bought him a Gibson guitar and then paid for a first recording session. ‘Whatever their disappointment or anger with me, it was put to one side and they got behind me…Without my mum and dad nothing would have happened.’

How does Numan feel about the hits and the way his life has turned out? LA is a long way from his humble beginnings, although oddly, he still lives very near a flight path.

‘I just feel grateful. I got all this credit for being a music pioneer. That’s not right, there were great people doing it before me. I was one of the last people to find a synthesizer. Ultravox were on their third album when I first found a synthesizer. When ‘Are Friends Electric?’ came out the record company took a chance on us — printed 20,000 picture disks. Top of the Pops gave us our first appearance because they liked our name better than Simple Minds. That’s luck, isn’t it? How can you come out of that thinking it is your genius?’

Listening to Intruder, it is the voice that won’t let you go. Numan sounds both better than ever, and also just as he always has. The great singers can’t sing: Kate Bush, Morrissey, Bowie, Siouxsie to name just a few. But they have voices that we recognize. Does he see his voice as a kind of God-given gift. He laughs: ‘Oh no. It’s more of a God-given curse. I’m all right about it now, but I never really liked my voice for most of my career. It’s a double-edged sword; it is distinctive, that’s something.’

There was a point when Numan took some serious criticism for expressing a political view. Does he regret putting his head above the parapet? ‘I didn’t say anything horrible at that time; I said that that one particular party was the right one. I wasn’t on my own, they won by a landslide! I didn’t say anything offensive. I got a lot of stick. I’ve been doing this for 43 years now and I think it was the only time I ever ventured any political opinion. While I don’t regret it, I certainly learned a lesson.’

Somehow, we can’t really get far from airplanes. When you are from the middle of nowhere those planes signify escape and glamour. Numan still finds airplanes magic.

‘I used to go to the Cargo Village at Heathrow — I’d be given this special tape that was used to wrap up cargo in. I loved that tape…I’d be up at Heathrow every weekend, at the Queens Building spotting planes.’ I was probably up there at the same time, doing the same thing with my friends.

One day Numan’s dad dropped off him and his friend by the Pan Am maintenance hanger. With no one around, Numan and his mate simply strolled up to an empty jumbo jet, walked up the stairs and had a good look round.

‘No one stopped us. I was shitting myself. You couldn’t do that now.’

I ask Numan what he would say if he could speak to his teenage self. ‘I’d say don’t worry; it’s all going to turn out alright. When I was younger, I had that blinkered focus on where I was going — it was based on dreaming and desire. I have never felt special, never have. I had an optimism based on confidence and childish dreaming.’