A century after its first publication, the poem still defies easy categorization 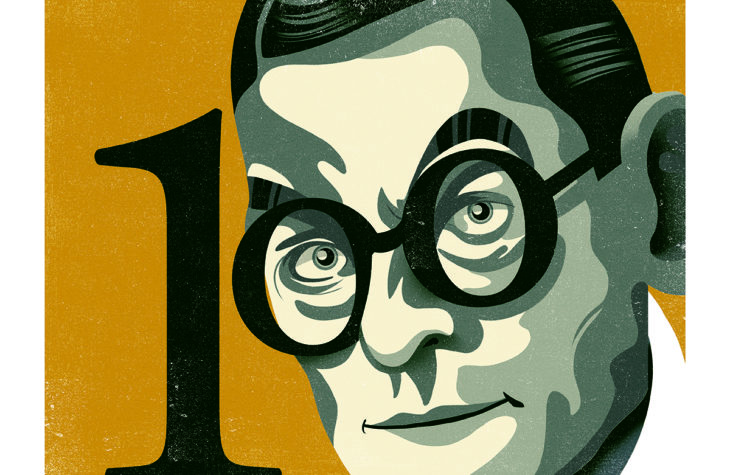 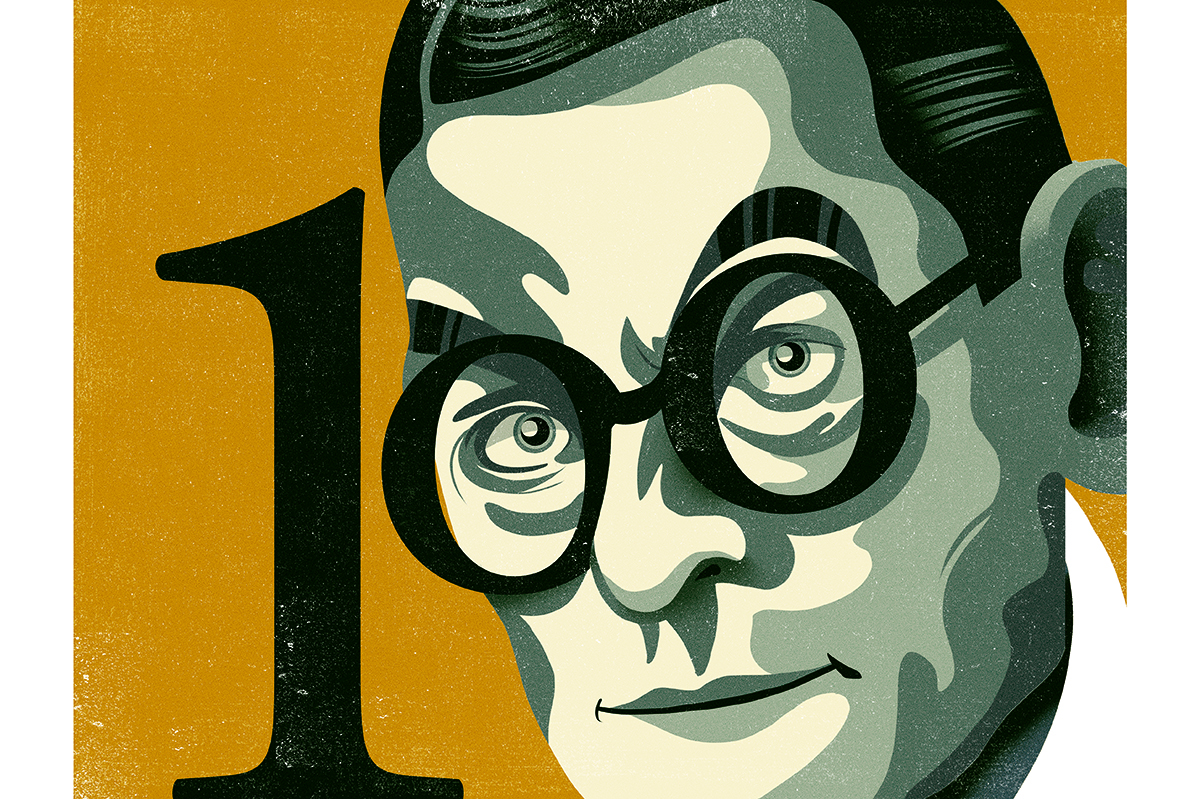 In the United States a century ago, a single poet dominated the literary sphere. He was not only the recipient of the first ever Pulitzer Prize for Poetry — which he would win twice more during the course of an internationally distinguished career — but would be nominated for the Nobel Prize for Literature on four separate occasions. He was beloved by presidents, described by one admirer as “more artful than Hardy and more coy than Frost” and found himself one of the bestselling writers in America. His reputation seemed assured forever.

In the United States a century ago, a single poet dominated the literary sphere. He was not only the recipient of the first ever Pulitzer Prize for Poetry — which he would win twice more during the course of an internationally distinguished career — but would be nominated for the Nobel Prize for Literature on four separate occasions. He was beloved by presidents, described by one admirer as “more artful than Hardy and more coy than Frost” and found himself one of the bestselling writers in America. His reputation seemed assured forever.

Today, Edwin Arlington Robinson is an obscure figure, occasionally remembered for incorporation in anthologies with such poems as “Miniver Cheevy” and “Richard Cory” — which inspired the eponymous Simon & Garfunkel song — but a contemporary description of him as “America’s poet laureate of unhappiness” has not endured. It was another man, two decades his junior, who would write the most significant poem of 1922, or any other year of the twentieth century. Today, The Waste Land has a totemic reputation that makes it almost impossible to judge on its own terms. Like Ulysses, Hamlet and Anna Karenina, it has long since passed into the unsurpassable, inarguable canon of Great Literature, where it will remain forever.

This was not entirely how it was received upon its first publication. Conrad Aiken, reviewing it in the New Republic, called The Waste Land a partial success “by virtue of its incoherence, not of its plan; by virtue of its ambiguities, not of its explanations.” Even as the poet William Carlos Williams grumbled that “I felt at once that it had set me back twenty years,” mainstream literary titles such as the London Mercury pronounced it both incomprehensible and inferior to Eliot’s earlier work such as “The Love Song of J. Alfred Prufrock” and “Gerontion.” 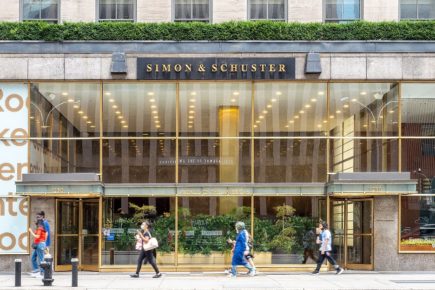 Its appearance came when its thirty-four-year-old author was feeling burnt out, exhausted both by his tumultuous marriage to Vivienne Haigh-Wood and the pressures of working at Lloyds Bank. The society hostess Ottoline Morrell even launched the so-called “Eliot Fellowship Fund,” in which various British notables were invited to donate $15 and rescue the poet from his bank job — itself an extrapolation of an earlier scheme, the Bel Esprit, dreamt up by his friend Ezra Pound. Eliot initially caviled at the idea of becoming a charity case, then said that he would accept $500 per annum, a sum he subsequently raised to $750, much to the chagrin of those (including Virginia Woolf) who had gone to considerable efforts to raise the money, an irritation compounded by Eliot refusing to leave the bank after all. As his biographer Peter Ackroyd later wrote, “Prevarication combined with fear of humiliation left him frozen in indecision; his only thought was to escape from the whole situation.”

In our anxiety-fixated age, Eliot — scuttling across the pages and corridors of the twentieth century like the pair of ragged claws that he so brilliantly summoned up in “Prufrock” — seems more than ever like the high priest of a secular religion, one which has replaced its sacraments with manic pill-popping and its vestments with desperate self-exposure. It is no exaggeration to suggest that The Waste Land, with its dreamlike switching between voices, situations and movements, anticipates everything from experimental cinema to the work of such musicians as David Bowie, whose famous “cut-up” style of lyric writing owes as much to Eliot’s rapidly changing, topsy-turvy poetry as it does to any of his peers’ influence. Perhaps inevitably, Bowie picked the work as one of his hundred favorite books of all time in 2013.

A century after its first publication, Eliot’s poem still defies easy categorization or comprehension. Even when it first appeared, it seemed wildly out of kilter with prevailing public taste on both sides of the Atlantic. In the United States, the major writers of the day included Aiken, Williams and Robert Frost, all of whom were writing in a more obviously accessible vernacular. And although modernism in Britain had brought writers such as Pound, Marianne Moore and the deeply peculiar Edith Sitwell into mainstream, if not popular, recognition, the book-purchasing public was still more comfortable with such writers as Rupert Brooke and A.E. Housman, to say nothing of the grand Victorians Tennyson, Browning and Arnold.

You did not have to be a paid-up admirer of the near-basic Muscular Christianity that was being espoused by such writers as Henry Newbolt (author of “Vitai Lampada,” with its much-mocked refrain “Play up! Play up! And play the game!”) to see that Eliot was offering something wildly, even terrifyingly different. If Housman, Brooke and other writers were mourning the loss of English manhood after World War One — in Brooke’s case, of course, he was posthumously canonized by dint of his unfortunate death in the conflict — then Eliot’s more chaotic and uncontainable vision offered wild laughter in the face of grief. Housman may have written about “blue remembered hills” and noted mournfully that “Here dead we lie because we did not choose/ To live and shame the land from which we sprung.” Solemn, moving sentiments. But they do not offer the giddy, elemental chill of Eliot writing

I will show you something different from either

Your shadow at morning rising behind you

Or your shadow at evening rising to meet you;

I will show you fear in a handful of dust.

It is little surprise that, at the beginning of his new Eliot biography, After The Waste Land, Robert Crawford writes, “Just before The Waste Land was first published in New York as a book-length poem, a rumor spread that its American author had attempted suicide.” Crawford concurs that the poem spoke to a generation blighted and ruined by conflict, and he cites Pound’s description of “wastage as never before.” Two young American writers, John Peale Bishop and Edmund Wilson Jr. who had served in France with the US army, wrote a book about mortality, The Undertaker’s Garland, in which they explicitly stated that, in America, “life had become a sort of death.” Eliot muses in the first movement of The Waste Land, “The Burial of the Dead,” that

Under the brown fog of a winter dawn,

A crowd flowed over London Bridge, so many,

I had not thought death had undone so many.

He may as well have been writing about the young men who were lying in the corner of some foreign field, never to return home, as about the whey-faced office clerks engaged in their very own kind of death-in-life. Nothing has changed in the past century: visit any major global city, from London to New York to Tokyo, and Eliot’s vision of wage slaves, desperately trying to stake out their tiny corners of existence, has only intensified. He knew what he was writing about, after all.

It was unsurprising that Eliot suffered a nervous breakdown during the creation of The Waste Land and that he had to recuperate in the South of England for a period in 1921. He obliquely refers to this at the end of the third section of the poem, “The Fire Sermon,” when he writes

Anyone who has ever seen their peers lost in solipsistic contemplation of their cell phones may appreciate the millennial associations of connecting “nothing with nothing.” If Eliot had lived long enough to watch the way in which social media, far from bringing people together, has stoked a brave new world of isolation and anxiety and envy, he would neither have been surprised nor shocked. It is hard to imagine him being a presence on Twitter, Instagram or TikTok — although one enterprising company produced an excellent interactive iPad app version of The Waste Land a few years ago. Eliot would never have been a reactionary presence railing against modern technology, either. Instead he would have respected it — and feared it.

Eliot wrote of the dramatist John Webster in his poem “Whispers of Immortality” that the playwright saw “the skull beneath the skin.” In his own way, Eliot anticipated many of the literary, social and intellectual developments of the coming century. What makes The Waste Land such a vital work for 2022 is its calmly resigned — some would say fatalistic — approach to society. Its cast of hypocrites, the anxiety-ridden, carbuncular young men and sex-swapping prophets can be found all over the world today in various guises. Yet as Eliot concludes with the image of the Fisher King, “with the arid plain behind me,” it is hard not to draw parallels with our increasingly debased society, and to breathe, with infinite resignation, the Sanskrit mantra with which the poem so memorably closes: “Shantih shantih shantih.” Put that in your pipe and smoke it, Edwin Arlington Robinson.