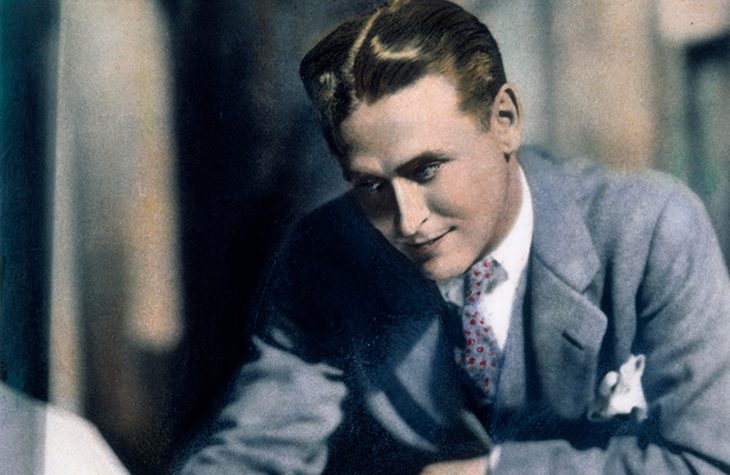 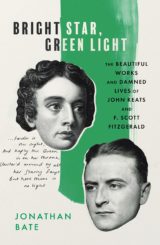 On a shard of paper, some time in the bleak 1930s, F. Scott Fitzgerald incorporated a favorite line from one of his favorite poets, John Keats, in a short verse of his own:

'Don’t you worry I surrender
Days are long and life’s a bender
Still I know that
Tender is the Night.'

Keats was a Romantic, perhaps the Romantic, with his lyric gift and tragically brief life. Fitzgerald loved the Romantic poets, and romance in the lower case, but was at the heart’s core a modernist, far more egoist than romantic, and quite hardboiled. The little quatrain above is...

On a shard of paper, some time in the bleak 1930s, F. Scott Fitzgerald incorporated a favorite line from one of his favorite poets, John Keats, in a short verse of his own:

‘Don’t you worry I surrender
Days are long and life’s a bender
Still I know that
Tender is the Night.’

Keats was a Romantic, perhaps the Romantic, with his lyric gift and tragically brief life. Fitzgerald loved the Romantic poets, and romance in the lower case, but was at the heart’s core a modernist, far more egoist than romantic, and quite hardboiled. The little quatrain above is rather like T.S. Eliot’s ‘jug jug’ in The Waste Land — homage of a sort, but also showing ironic distance, and no intention of writing like Keats. Indeed, it’s all about his own novel in the last line, with ‘Night’ capitalized: the mustache on the Mona Lisa. 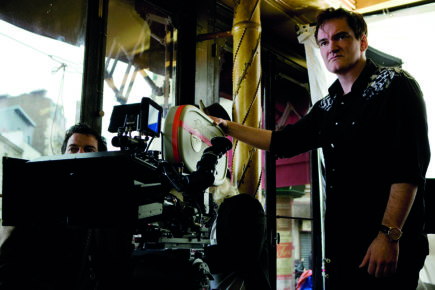 Jonathan Bate, in Bright Star, Green Light, speculates on the convergence of the twain. Taking Plutarch’s paralleled Lives as his model, Bate yokes Keats and Fitzgerald together to compare the leading achievements of this oddly matched team — Keats’s mature poems and Fitzgerald’s novels. Some of the parallels work, and some strain. Basic parallels of their lives are well known. Keats died in 1821 at the age of 25; Fitzgerald had his first and most lucrative success a century later, with This Side of Paradise in 1920, when he was 23. Keats loved and lost Fanny Brawne because he died before they could marry; Fitzgerald loved and lost Ginevra King because she married a rich boy instead, and then loved Zelda Sayre, only to lose her to her increasing mental illness.

As Bate chronicles their lives and writings together, his book bounces from Keats to Fitzgerald in alternating chapters. At times this feels like a tennis match, with one’s head as the ball, from reading two disparate narratives that are not always adequately linked. Bright Star, Green Light is chronological, following both writers from boyhood through youth, school, first loves, marriage (in Fitzgerald’s case) and selected works. Bate knows Keats’s life and poetry inside out, and his readings of ‘Isabella, or the Pot of Basil’ and ‘The Eve of St Agnes’, among other poems, are elegant and incisive. Using Sidney Colvin’s biography of Keats, a copy of which was in Fitzgerald’s library, Bate selects anecdotes, letters, major events and friendships to flesh out a comprehensive account of the man and his art.

Less so with Fitzgerald. Bate doesn’t talk about Fitzgerald’s own poetry, which is a mix of fairly saccharine, though sometimes beautiful, Romantic derivatives and snappy, popular-song-infused modern verse. He focuses instead on selected short stories and Fitzgerald’s handful of novels. He writes:

‘F. Scott Fitzgerald’s imagination was fired to life by Keats, but he failed when he tried to write pseudo-Keatzian [the spelling is Fitzgerald’s, and Bate retains it] lyric poetry. He succeeded, triumphantly, when he took the spirit of Keats and infused it into a different form, that of the lyrical novel — The Great Gatsby, above all.’

Bate is more concerned with the short stories as testing ground for these ‘lyrical’ novels, which is fitting, since Fitzgerald indeed made clinical use of his short stories as quarries for his novels — often writing across the tearsheets of a thoroughly mined story the noir-sounding headline ‘stripped and permanently buried’.

But if it feels natural and appropriate to find mentions of Keats throughout Bate’s chapters on Fitzgerald, the reverse is not the case in this book. To say Fitzgerald was, in terms of his ‘literary taste’, ‘borne back ceaselessly into the past’ and only to Keats, for instance, is highly reductive. Fitzgerald reveled in contemporary authors and loved James Joyce as much as he did John Keats. He tirelessly read, promoted, edited and advised other writers. Most notably, he provided Hemingway with pivotal criticism and suggestions for The Sun Also Rises, and even arranged Hemingway’s publication contract for the novel with Scribner’s.

Bate’s mentions of Fitzgerald in the Keats chapters generally feel forced, along the lines of the ‘who would you invite if you had your literary favorites to a dinner party’ game. Concluding a fine section on Keats comes a sentence: ‘The wild surmise of Cortez and his men merged with Keats standing alone on the shore of the wide world into Gatsby’s gaze toward the green light of Daisy’s dock.’ I kept imagining a young Fitzgerald, his sea-green eyes wide with amazement, sitting at table with Keats, Leigh Hunt and William Hazlitt, trying to understand their accents, and ultimately taking refuge in wordplay and claret.

Some of these claims aren’t that consequential. Zelda’s hair was not long or golden when she and Scott met, but neck-length and coppery red; a lock of it survives — of russet witch, if you will — in the copy of The Beautiful and Damned Scott inscribed to her. Bate states that when Scott and Zelda took their delayed honeymoon trip to Europe in the summer of 1921, ‘the only place that Fitzgerald liked was Oxford’. He liked Cambridge more. He and Zelda went there on a Rupert Brooke pilgrimage, and she inscribed the photo she took of a pensive Scott in Grantchester: ‘The men observe the rules of thought.’ In a well-wrought discussion of The Chorus Girl’s Romance, the silent film made in 1920 from Fitzgerald’s first story sold to Hollywood, Bate says that the movie ‘is lost, save for a few stills’. Martina Mastandrea found the film print, missing only two scenes, in the Museum of Modern Art archives in 2016.

Other claims made in the book are consequential, however, and sometimes seriously misguided. Bate’s suggestion that Fitzgerald introduced an incestuous rape into the plot of Tender is the Night at the end of 1931 because Zelda might have been raped by her father, Judge Anthony Sayre, is an egregious example, even if he frames it with a question mark. There is no evidence of any kind to support such a damaging implication. Most likely Fitzgerald introduced the plot twist because William Faulkner’s Sanctuary had been a runaway bestseller that year. Scott and Zelda gave Sanctuary, with the repeated rapes of the Southern-belle socialite Temple Drake central to its plot, to friends as a Christmas present in 1931.

More valuably, Bate gives both writers’ efforts ‘to make money in the more lucrative arena of the performing arts’ the attention it deserves: Keats’s writing for London’s West End and Fitzgerald’s for Broadway and then Hollywood. Bate’s sketch of Keats writing for Edmund Kean is captivating — the awfulness of Otho the Great, and the idea of an elephant on stage. Similarly, Fitzgerald’s repeated failures as a screenwriter in Hollywood are nicely backgrounded against the ‘College of One’ he ran for his lover, the English-born gossip columnist Sheilah Graham (who was no one’s muse but her own).

Near the end of his life, Fitzgerald recorded himself reciting selections from Shakespeare, John Masefield and Keats. Bate concludes his book by referring to the portion of that recording where Fitzgerald recites part of ‘Ode to a Nightingale’, and he asserts that ‘under the shadow cast by global damnation, the loveliness of Keats’s poems and Fitzgerald’s novels increases’. Only excerpts of the reading are available online, which actually ends with the brusque and decidedly unromantic directive in Fitzgerald’s non-performance speaking voice: ‘Hello, that’s the end, never mind, cut it off then.’

Not just the beauty of their way with words, but also the visceral practicality of both writers, binds them: Keats’s recognition as a doctor that the bright blood he coughed up meant he would die, and the at-once living and haunting hand he held out in his verse; Fitzgerald’s horror of what people did for love, and how wrecked the filthy modern tide made the world, resonant in all he wrote. Bright Star, Green Light is a problematic diptych portrait of the two men — both less beautiful, or damned, than struggling to make it as professional authors in an ever rough world. 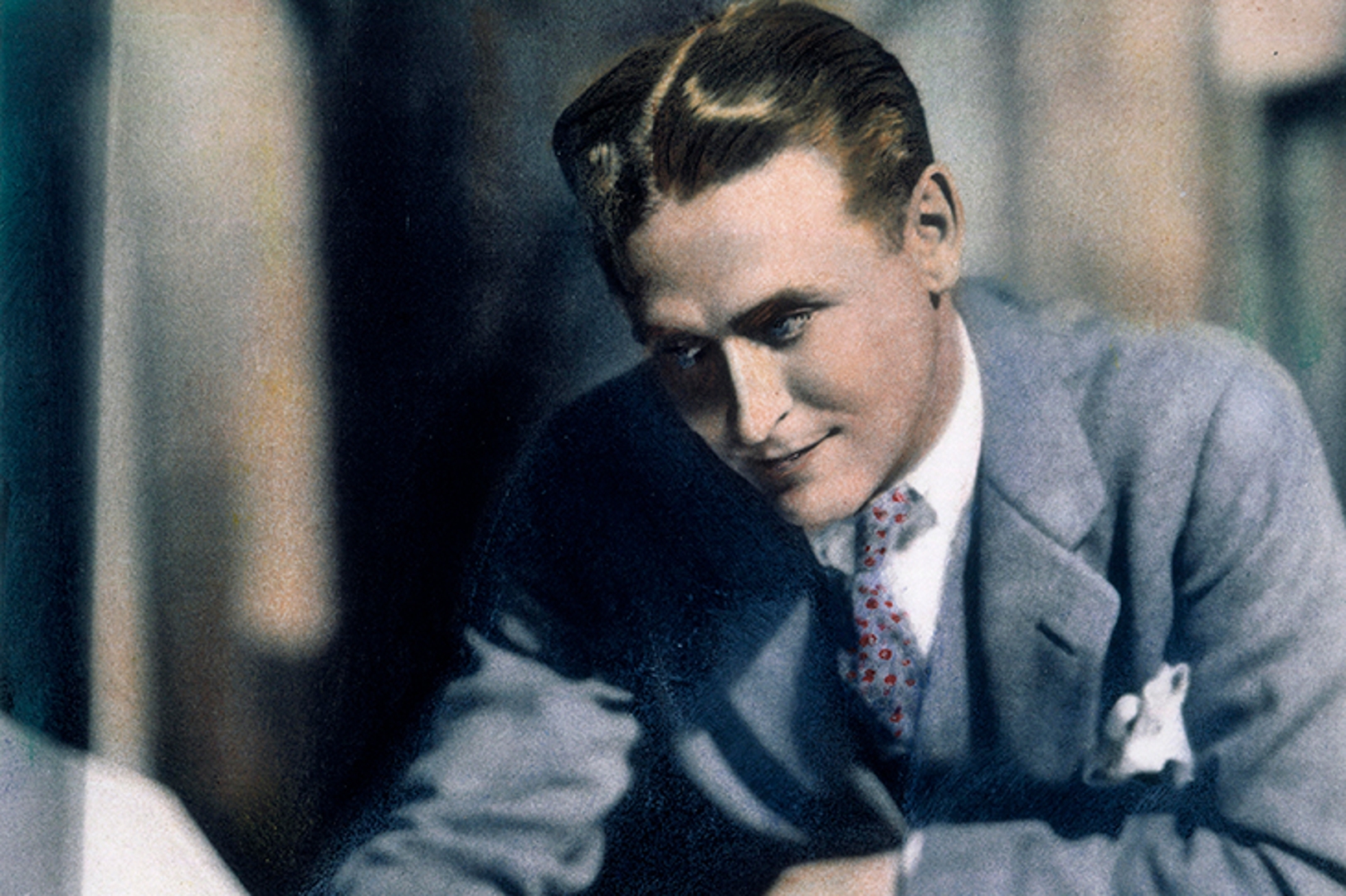