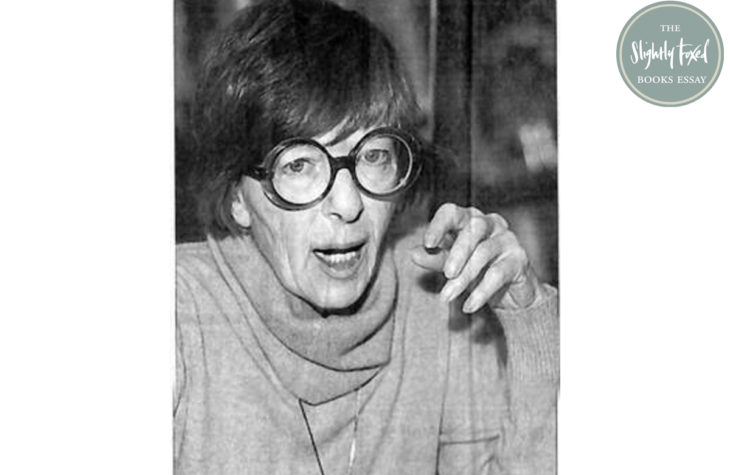 I thought I could never feel fond of Charing Cross Road, London. In 1988, when I was 23, I spent a miserable three months there doing a typing course on the bleak first floor of a building next to the Garrick Theatre. Secretarial instruction was delivered over headphones to classrooms full of women and as I tried to follow the disembodied tutorials my fingers kept slipping and jamming between the keys of a hefty, black manual typewriter.Fortunately for me, just as the course was finishing, a job as subeditor at Harpers & Queen fell into my lap. Within days I discovered that I loved...

I thought I could never feel fond of Charing Cross Road, London. In 1988, when I was 23, I spent a miserable three months there doing a typing course on the bleak first floor of a building next to the Garrick Theatre. Secretarial instruction was delivered over headphones to classrooms full of women and as I tried to follow the disembodied tutorials my fingers kept slipping and jamming between the keys of a hefty, black manual typewriter.

Fortunately for me, just as the course was finishing, a job as subeditor at Harpers & Queen fell into my lap. Within days I discovered that I loved working with words and, despite a meager salary, employment on a glossy magazine had its perks – including, in the spring of 1988, a free ticket to New York. It was there, in the sunshine in Central Park, that I first read 84, Charing Cross Road — a battered old paperback edition I had discovered in the apartment of the friend I was staying with. It came as a boost at just the right moment, sending me home with a dash of Helene Hanff’s dauntless appetite for life and books, infected with her curiosity as to whether ‘the England of English literature’ could actually be found. It was from an unheated, ground-floor brownstone apartment on the Upper East Side not far from where I sat reading in Central Park that, in the fall of 1949, Helene Hanff had first written to Marks & Co., 84 Charing Cross Road, London WC2:

‘Gentlemen: Your ad in the Saturday Review of Literature says that you specialize in out-of-print books. The phrase “antiquarian book-sellers” scares me somewhat, as I equate “antique” with expensive. I am a poor writer with an antiquarian taste in books . . .’

She was then in her early thirties, scraping a living as a freelance scriptwriter and magazine journalist. Having dropped out of college after only a year, she had decided to take her education into her own hands, guided by a volume of Sir Arthur Quiller-Couch’s Cambridge lectures (see SF, No. 21). Under ‘Q’s gentle, ghostly tutelage’, English literature had become for her a treasure-house whose labyrinthine corridors she could ransack but never exhaust:

But Helene Hanff is no dry old blue-stocking. She reads with the seasons, ordering ‘Dear goofy JH’s’ (John Henry Newman’s) The Idea of a University for Lent, and Pepys’s Diary for long winter evenings. On March 25, 1950, she writes to say that, with spring coming, she requires a book of love poems:

‘No Keats or Shelley, send me poets who can make love without slobbering… Just a nice book preferably small enough to stick in a slacks pocket and take to Central Park.’

Had she ever been in love? Rumors after her death suggested that her heart had been broken by some high-ranking American whose identity she kept under wraps for the sake of his wife and family. Was she lonely? We cannot tell. All that is clear from her letters is that for this single woman in her ‘moth-eaten sweaters and slacks’ books are friends and companions, and antiquarian books especially so. She loves ‘inscriptions on flyleaves and notes in margins’; she rejoices in the way that the books sent by Marks & Co. ‘open to the page some previous owner read oftenest. The day Hazlitt came he opened to “hate to read new books”, and I hollered “Comrade!”’

In response to these wild, wise-cracking, passionate outpourings, ‘FPD’ of 84, Charing Cross Road is, at first, stiff: ‘Dear Madam’, his letters begin, and they are cautious almost to the point of curtness. Undaunted, Helene Hanff works at puncturing his reserve. ‘I hope “madam” doesn’t mean over there what it does here’, she writes, and on the rare occasions that she does not like the books he sends her, she makes no bones about it:

‘WHAT KIND OF A BLACK PROTESTANT BIBLE IS THIS? Kindly inform the Church of England that they have loused up the most beautiful prose ever written…’

On the face of it ‘FPD’ remains, for a long time, unmoved. ‘Dear Miss Hanff’, his replies continue to open; ‘Faithfully Yours’, they conclude — and today, when after the briefest of email acquaintances it has become quite normal to sign off with a cavaletti of kisses, his reserve is refreshing. But we know that he was in fact tickled by Hanff’s letters, and shared them with his colleagues at 84, Charing Cross Road, because one by one they join the correspondence. A secretary, Cecily Farr, slips in a covert note with a parcel of books — ‘Please don’t let Frank know I’m writing this… We all love your letters and try to imagine what you must be like.’ Before long she is posting Hanff the recipe for Yorkshire pudding. England is still grey with postwar rationing and Hanff, in return, begins to send hampers, to be enjoyed by the entire staff. ‘I live with my great-aunt who is 75,’ writes the cataloguer, Bill Humphries, ‘and I think that if you could have seen the look of delight on her face when I brought home the meat and the tin of tongue, you would have realized just how grateful we are.’ The essence not just of a bookshop but of an era seems concentrated in these letters. It is an era beyond the scope of my memory, yet it inspires a strange nostalgia.

Gradually, very gradually, ‘FPD’ loosens up. His initials give way to the signature ‘Frank Doel’; after nearly 10 years he signs himself simply ‘Frank’. ‘Yours faithfully’ becomes ‘With best wishes’, and finally ‘Love’. Times, of course, are changing. His correspondence with Helene Hanff stretches over 20 years, and if postwar austerity is the hallmark of the early letters, by the end the Sixties are in full swing: ‘I must say, I rather like the Beatles,’ Frank confesses. ‘If the fans just wouldn’t scream so…’

But there is more to it than this. What grows between Helene Hanff and Frank Doel is not just familiarity but a palpable, though unspoken, tenderness; a particular kind of tenderness perhaps only found between men and women who rarely, if ever, meet. It is a fragile, tentative, precious thing. When in one of her last letters Helene Hanff writes, ‘Frankie, you are the only one who understands me’, one feels that she may be right. And when, after Frank Doel’s death, his widow confesses to Helene that ‘I was, at times, very jealous of you’, one suspects that her jealousy may not have been unfounded.

All through the years of their correspondence Helene Hanff hoped and planned to come to London. Again and again her finances could not quite stretch to the flight. In 1953, she firmly intended to join the crowds for the Coronation, but dental difficulties intervened: ‘Elizabeth will have to ascend the throne without me, teeth are all I’m going to see crowned for the next couple of years.’ In 1968, Frank Doel died, and the business was sold. Hanff’s dreams of becoming a successful playwright had come to nothing, and she had been reduced to virtual penury.

Just as all seemed as bleak as could possibly be the notion of making something of her correspondence with Marks & Co. came to her. She had thought, at first, in terms of a magazine article, but the publisher André Deutsch was more ambitious: 84, Charing Cross Road was an instant, runaway success. On her arrival at Heathrow in 1971, Hanff was met by journalists; the letters she had written seeking no reward but friendship had brought her celebrity, and late, modest wealth.

And that is how providence seems to operate, blocking the paths we think we want to take and then introducing unexpected openings in the form of opportunities and delights more wonderful than anything we could have dreamed up for ourselves. This was Helene Hanff’s experience and, since meeting her through the pages of this book, it has been mine too. Nowadays if I find myself on Charing Cross Road it is with a sense of gratitude and wonder; and the knowledge that the best things come unbidden.