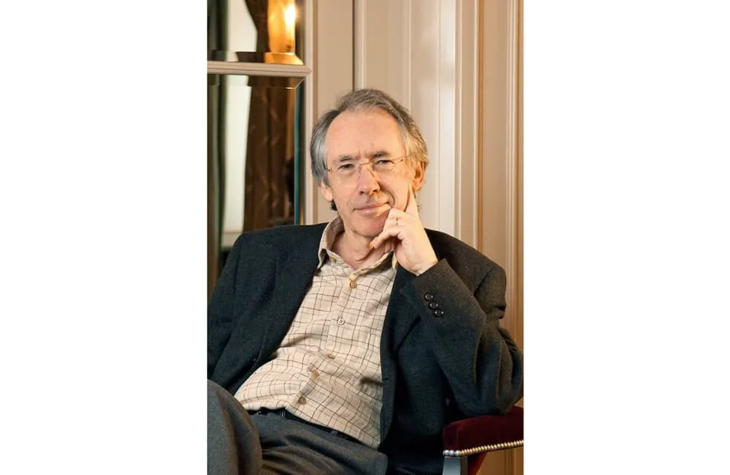 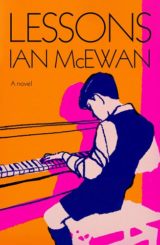 McEwanesque. What would that even mean? The dark psychological instability of The Comfort of Strangers and Enduring Love? The gleeful comedy of Solar and Nutshell? The smart social realism of Saturday and The Children Act? The metafictional games of Atonement and Sweet Tooth? Ian McEwan’s brilliant capacity for reinvention is a hallmark of his literary career.

It’s simpler to say what McEwanesque is not: baggy, meandering, plotless, long. Yet all of these adjectives could be applied to his surprising new novel, Lessons. This cradle-to-grave (well, seven-ish to seventy-something) narrative concerns the life and times of Roland Baines, born, like McEwan, in 1948. Roland shares more than just a birth...

McEwanesque. What would that even mean? The dark psychological instability of The Comfort of Strangers and Enduring Love? The gleeful comedy of Solar and Nutshell? The smart social realism of Saturday and The Children Act? The metafictional games of Atonement and Sweet Tooth? Ian McEwan’s brilliant capacity for reinvention is a hallmark of his literary career.

It’s simpler to say what McEwanesque is not: baggy, meandering, plotless, long. Yet all of these adjectives could be applied to his surprising new novel, Lessons. This cradle-to-grave (well, seven-ish to seventy-something) narrative concerns the life and times of Roland Baines, born, like McEwan, in 1948. Roland shares more than just a birth date with his author. Previous novels have made use of material from McEwan’s own life, but “autobiographical” is another word we don’t associate with his fiction. Lessons represents a sustained and knowing flirtation with that mode.

When the novel opens, Roland is in his late thirties, sitting in an untidy house in Clapham, London, cradling his infant son. His wife Alissa has just vanished, leaving only a note: “I love you but this is for good. I’ve been living the wrong life.”

Behind Roland is an army childhood — Aldershot in Hampshire and Libya, same as McEwan — and then adolescence at “a boarding grammar school, run by London County Council.” Description of these early years is immersive and vivid. You sense the red blood of real memory pulsing behind such episodes as young Roland’s dread certainty that he’s going blind, a secret he keeps for two years (it turns out he just needs glasses).

The source for the school is there in the acknowledgements — Woolverstone Hall, where McEwan was a pupil — and an English teacher whose name appears in the text is thanked. Crucially, we also read: “No such piano teacher as Miriam Cornell was ever there.” Beautiful young Miss Cornell disciplines the eleven-year-old Roland harshly, but she also kisses him on the mouth. She becomes the object of his earliest fantasies, and when Roland is fourteen they begin a fully-fledged, obsessive affair that ends only when he finally leaves school two years later. The damage is lasting. In adulthood, Roland believes that “the only happiness and purpose and proper paradise was sexual. A hopeless dream lured him on from one relationship to the next. If it had come real once, it could, it must do so again.”

Roland drifts through his early twenties, traveling and playing jazz piano; becomes an “ardent autodidact”; coaches tennis and smuggles records to friends in East Berlin. Then comes love, marriage and parenthood with Alissa. After her flight, there is a brief police investigation. Alissa is located, alive and well in her native Germany. She just wants to write novels and can’t contemplate combining that ambition with motherhood.

The second act of Roland’s footloose life begins. He gives up his own ambitions to become a poet and makes a lot of money in the greetings-card business, then loses it again. He re-encounters Alissa in Berlin immediately after the fall of the Wall. Her first novel is due out and she wants nothing to do with her former life. Roland begins a relationship with an old friend, Daphne. His father dies. Roland’s son grows up and visits his mother, who still doesn’t want to know him. Roland starts keeping a diary. Alissa becomes the pre-eminent German novelist, “bigger than Grass… almost as big as Mann.” Daphne goes back to her husband.

Memories of Miriam continue to haunt him. An old family mystery is resolved: Roland is contacted by a long-lost brother, born before his parents’ marriage and put up for adoption — as was McEwan’s bricklayer brother David Sharp, one of the book’s dedicatees. Roland’s mother dies. He finds work as a lounge pianist. The thing with Daphne starts up again. And so on, marching through the Blair years and 9/11 right up to the pandemic.

“I’ve been living the wrong life.” Lessons is a novel about alternate lives. What if, instead of an inspirational English teacher, the major figure of your schooldays was a sexually deviant piano teacher? What if you were a great writer — but you were also a woman, with harder choices to make in order to protect your gift? What if you were born to the exact same parents but you grew up in a completely different family?

Roland is haunted by the many-worlds theory, in which “the world divides at every conceivable moment into an infinitude of invisible possibilities… Somewhere out of sight they were all true.” Which is also, of course, how fiction works. Alissa issues a warning against overly literal readings, to us as well as to Roland, who is upset that one of her characters appears to be based on him. “Have I really got to give you a lesson in how to read a book? I borrow. I invent. I raid my own life. Everything that ever happened to me and everything that didn’t.”

This is a sprawling, branching narrative. There are dropped storylines, non sequiturs and apparently inadvertent repetitions. The messiness is not straightforwardly a detraction. All the haphazard shuttling back and forth makes for a rich texture, with people and places fading in and out of focus — just like memory, just like life.

More problematic are the regular lapses into McEwanese, an easier term to define than McEwanesque. You know what it means: those overbearing news bulletins that punctuate so many of the recent novels. “The Profumo affair was only a year away…” It’s like someone constantly checking their watch. I understand that McEwan wants to give us a sense of the times that Roland is living through. But what we get are whole paragraphs in op-ed mode, great fatbergs clogging up the works.

The most egregious example occurs when Roland meets Alissa in Berlin. They haven’t spoken in years, and she says she has something to tell him. While he waits for her to speak, he reflects for half a page on the state of the world, which in 1989 feels hopeful. “Mrs. Thatcher had demonstrated it at the UN — the political right had finally understood climate change and believed in action while there was still time…” The commentary is intrusive and implausible at this moment of high personal drama. Too often, these incongruous asides rupture the delicate tissue of convincing consciousness. The summaries of the Covid crisis at the end of the novel are particularly tiresome.

The novel’s second half is notably slacker, as if an elite sprinter had signed up for a marathon and discovered around mile sixteen that there’s more to this pacing business than he’d imagined. But Lessons is a consistently enjoyable read, written, for the most part, with McEwan’s fearsomely intelligent fluency. Roland’s shifting perspective on his own past is brilliantly done.

And the sheer novelty is entertaining — to be reading a McEwan that feels more like a William Boyd or a Jonathan Franzen. John Updike also comes to mind: all four Rabbit books rolled into one, a whistle-stop tour of the decades. Surely we have to applaud McEwan for breaking so boldly from type, and for daring to go long distance at this stage of his career. (Think of late Roth’s more circumspect page count.) Ultimately, the heft of Lessons is what lends it its power. Despite those op-eds, despite the rambling and the rushed patches, here is a whole, unruly life between the covers of single book: a literary feat of undeniable majesty. 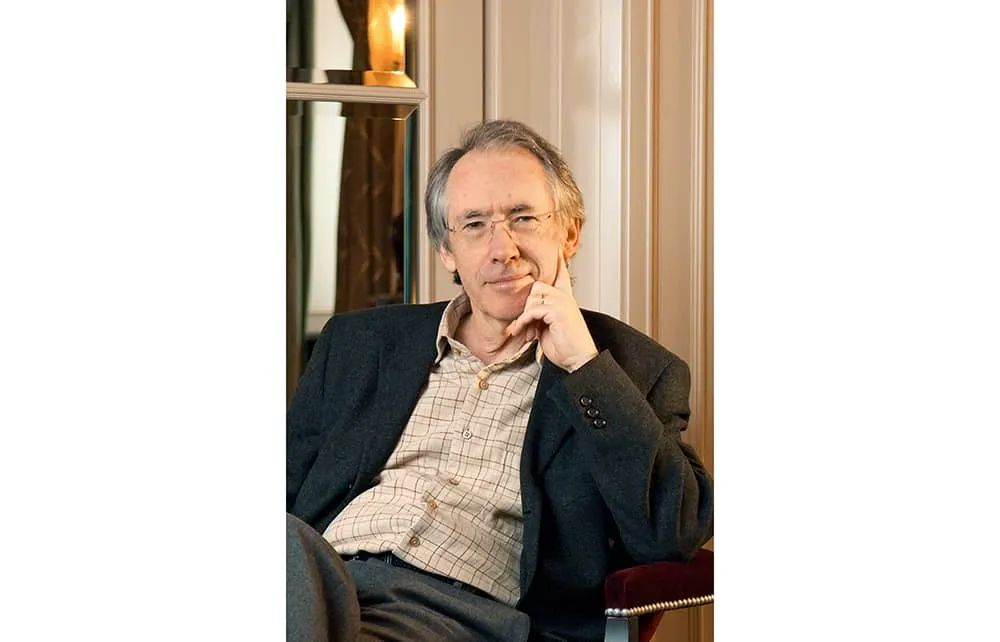