How Christianity saw off its rivals and became the universal church

It thrived by killing off the opposition, says Bart Ehrman. But it also appealed to Rome’s enslaved masses 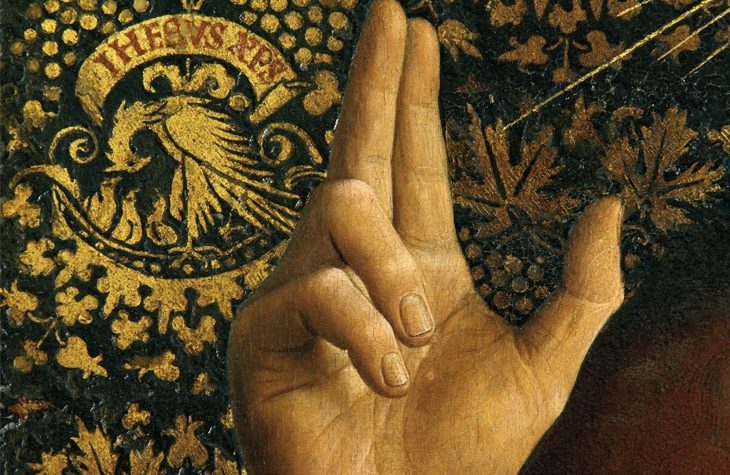 How Christianity saw off its rivals and became the universal church

In the reign of Constantine, whose conversion to Christianity in AD 310 set the entire Roman world on a course to becoming Christian, a Palestinian scholar named Eusebius pondered the reasons for the triumph of his faith. Naturally, he saw behind it the guiding hand of God; but he did not rest content with that as an explanation. The purposes of heaven were to be traced in the patterns of earthly history. ‘It was not merely as a consequence of human agency that the greater part of the world’s peoples came to be joined under...

In the reign of Constantine, whose conversion to Christianity in AD 310 set the entire Roman world on a course to becoming Christian, a Palestinian scholar named Eusebius pondered the reasons for the triumph of his faith. Naturally, he saw behind it the guiding hand of God; but he did not rest content with that as an explanation. The purposes of heaven were to be traced in the patterns of earthly history. ‘It was not merely as a consequence of human agency that the greater part of the world’s peoples came to be joined under the sole rule of Rome — nor that this should have coincided with the lifetime of Jesus.’ A global faith, Eusebius argued, had been rendered possible by a globalised age.

Today, the question of how and why a crucified criminal from an obscure corner of the Roman empire had come to be enshrined, within a bare four centuries, not just as a divine patron of the empire, but as one who had decisively routed all his rivals for the title, toppling gods from their ancient thrones and terminating their priesthoods, is one that — understandably — continues to preoccupy historians. Distance has done nothing to diminish our sense of the significance and impact of this process. If anything, indeed, it has enhanced it. Christianity, after all, has long outlasted the empire in which it was born. It has become the dominant religion in entire continents unknown to the Caesars. Few would think to dispute the description of it by the great Jewish historian, Daniel Boyarin, as ‘the most powerful of hegemonic cultural systems in the history of the world’.

There are plenty of people today who still interpret the spectacular spread of Christianity across the globe much as Eusebius did: as evidence that God wished it to triumph. Historians today, though, do not tend to explain the past in terms of divine intervention. Bart Ehrman, in The Triumph of Christianity, his panoramic new survey of the religion’s growth in its first four centuries, writes in a vein that could hardly be less reminiscent of naive apologetics.

This is the work of a great scholar, sifting sources, placing them in their historical context, interrogating the assumptions that may condition how we interpret them. There are even some graphs. Indeed, so determined is Ehrman not to be mistaken for a theologian that he makes a point of refusing to speculate as to whether the rise of Christianity was a Good or Bad Thing.‘I do not celebrate it either as a victory for the human race and a sign of cultural progress on the one hand, or a major sociopolitical setback and cultural disaster on the other.’ Historians rarely proclaim their neutrality with quite such emphasis.

Perhaps, though, Ehrman protests too much. Neutrality on the topic of Christianity, for historians brought up in the West, can present peculiar challenges. That Christians are parti pris does not mean that agnostics and atheists are necessarily any the less so. No scholar today writing about Isis or Mithras has skin in the game; but Ehrman, when he writes about early Christianity, most certainly does. A one-time evangelical who found the experience of studying biblical texts so destabilising to his faith that he is now an agnostic, he is also an American — and therefore, simply by virtue of being a professor of religious studies, a participant in the US’s ongoing culture wars. Neutral he is not.

None of which makes The Triumph of Christianity any the less valuable. Ehrman is a great scholar, and this — as one would expect — is a book full of learning and nuance. Its emphasis on what the emergent religion destroyed as well as created, and on the intolerant turn that it took once it had secured imperial favour, never risks becoming a polemic. ‘Unlike any religion known to the human race at the time,’ Ehrman writes, ‘Christianity thrived by killing off its opposition.’ A sense of the reliability of this verdict can be gauged from the title that Larry Hurtado, a scholar no less distinguished than Ehrman, but also a practising Christian, gave to his own recent book on Christianity’s triumph — Christianity: Destroyer of the Gods.

Where Hurtado differs from Ehrman, however, is by emphasising what the early Christians aspired to destroy alongside the worship of the gods. Ancient paganism, as both scholars are at pains to point out, focused on cultic practices: sacrifices, festivals, divinations. ‘Such activities,’ Ehrman writes, ‘lay at the heart of pagan religions. Doctrines and ethics did not.’ It is left to Hurtado, though, to tease out what the implications of this might be for anyone looking to explain the appeal of Christianity to potential converts. That the poor should be as worthy of respect as the rich; that the starving should have a claim on those with the reserves to feed them; that the vulnerable — children, prostitutes, slaves — should not be used by the powerful as mere sexual objects: all of these novel Christian doctrines must surely have had some influence on ‘the triumph of Christianity’ among the teeming masses of Roman cities.

That Hurtado, the believer, proves better qualified to recognise this than Ehrman, the agnostic, does not diminish the value of the explanations provided in The Triumph of Christianity for how a forbidden religion came to sweep the world. Perhaps what it does suggest, though, is that objectivity can come in many forms.