The faulty towers of higher education

The college system is broken — can it be fixed? 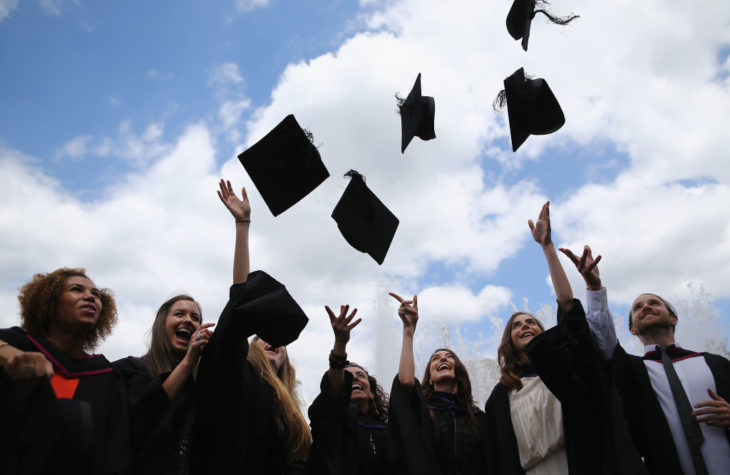 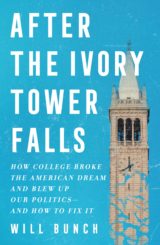 After the Ivory Tower Falls: How College Broke the American Dream and Blew Up Our Politics — and How to Fix It

One of the few issues about which the American left and right agree is that higher education is, as Orwell would say, in a bad way. But even in that source of agreement lurk countless points of dispute, regarding the sources of dysfunction (corporate greed, grade inflation, libezoomers?) and possible solutions (ending tenure, forgiving debt, creating safe spaces?).

In After the Ivory Tower Falls: How College Broke the American Dream and Blew Up Our Politics — and How to Fix It, Will Bunch, a columnist for the Philadelphia Inquirer, argues that the cause of the higher-education crisis...

One of the few issues about which the American left and right agree is that higher education is, as Orwell would say, in a bad way. But even in that source of agreement lurk countless points of dispute, regarding the sources of dysfunction (corporate greed, grade inflation, libezoomers?) and possible solutions (ending tenure, forgiving debt, creating safe spaces?).

In After the Ivory Tower Falls: How College Broke the American Dream and Blew Up Our Politics — and How to Fix It, Will Bunch, a columnist for the Philadelphia Inquirer, argues that the cause of the higher-education crisis is conceptual: we see higher education as a personal privilege rather than a public good, something to be earned rather than a right that is owed. Bunch sees a straight line connecting the increase in college tuition and student debt to America’s growing social, cultural and political divisions.

To make his case, Bunch interviews people from various demographics (almost all from his home state of Pennsylvania) as illustrations of the different ways higher education — or its lack — affects everyday Americans. He also provides a history of American higher education from the end of World War Two to the present day. This history begins with the idealism of the G.I. Bill and President Truman’s Commission on Higher Education in the 1940s, both of which expressed optimism about the role of college in strengthening American democracy. But in the 1960s, students realized the flaws in this democracy — the ways that America fell short of its ideals — and pro- tested accordingly.

The unrest of the 1960s gave way to the counterrevolution of the 1970s, with conservatives rejecting Bunch’s ideal of higher education as a public good in favor of “the idea of personal merit.” In addition to personal merit, the book’s villains include Ronald Reagan, Wall Street, Rush Limbaugh, “rabid anti-communists” (Bunch’s anti-communists are always foaming at the mouth) and Donald Trump, all of which contributed to a growing division between different segments of the middle class: the college-educated, and those who resent the college-educated. This fissure, Bunch argues, was the primary cause of Trump’s victory in 2016, as well as a catalyst for the skepticism of experts that, he says, hindered our response to the Covid-19 pandemic.

Bunch’s analysis is occasionally compelling, and he sometimes demonstrates a sharp sense of how liberal activism and identity politics undermined higher education, particularly during the 1990s. He tries to muster sympathy for members of the white working class who voted for Trump, and he recognizes the tension in communities like Gambier, Ohio, where the leftist culture of Kenyon College conflicts with its surrounding working-class, Republican community. He frequently undermines that broadmindedness, though, as when he compares a Ford F-150 flying a Trump flag to “the Taliban patrolling some dusty town in southern Afghanistan, on the prowl for women without face coverings or some other violation of sharia law.”

The book’s interviews include poignant conversations with students who rely on food pantries to get through college. They also include less sympathetic people, including one activist who was radicalized by the enormous debt she accumulated from her brief time at Brown — and which was eventually paid for by her husband, the lead singer of Neutral Milk Hotel. (I’m glad my frequent streaming of In the Aeroplane Over the Sea could help!) Another activist is overwhelmed by his debt not from college, but from graduate school, a significant difference that Bunch elides.

A central source of frustration throughout the book is that federal and state governments are not paying enough. According to Bunch, “conservative lawmakers… prioritized new penitentiaries over new college dorms.” Different priorities undoubtedly play a role, but Bunch should acknowledge that there is simply more competition for public money now than there was in the mid-twentieth century: states cannot spend as much as they did on students because they are spending more on public-welfare programs, including Supplemental Nutrition Assistant Programs (SNAP) and Medicaid. As for how colleges themselves are spending money, it’s easy to complain about the new luxuries of on-campus life (the “lazy river” is Bunch’s, and everyone’s, favorite example), but Bunch’s argument would also be stronger if he recognized the enormous costs associated with the increase in college administrative staffs. An internal study at Yale, for example, found that its administrative staff had grown by nearly 45 percent between 2003 and 2019. These staffs support programs that Bunch no doubt endorses such as Title IX compliance and Diversity, Equity, and Inclusion efforts, but he should at least explain why their associated costs are justified — or, better yet, concede that they are not.

Bunch’s blind spots are especially evident in his account of Donald Trump’s rise to power. Although he rightly criticizes the Republican push against liberal education, particularly during the 2010s, he omits episodes that demonstrate why conservatives have been so questioning of campus culture more generally. At the University of Missouri in the fall of 2015, major protests over the school’s handling of racial issues drew national coverage — especially video of a professor ordering a student journalist to leave a student encampment: “Who wants to help me get this reporter out of here? I need some muscle over here!” Later that semester Yale undergraduates harassed a professor and a lecturer for daring to disagree with them about Halloween costumes.

How do we get out of this quagmire? Bunch’s proposals include forgiving student debt, emphasizing a broad education rather than career development and instituting a national-service program for high-school graduates. He acknowledges that these are difficult political propositions but assures us that we can pay for them by bringing “our Pentagon budget in line with our rivals.” It doesn’t take a rabid anti-communist to recognize the flaw in that plan. 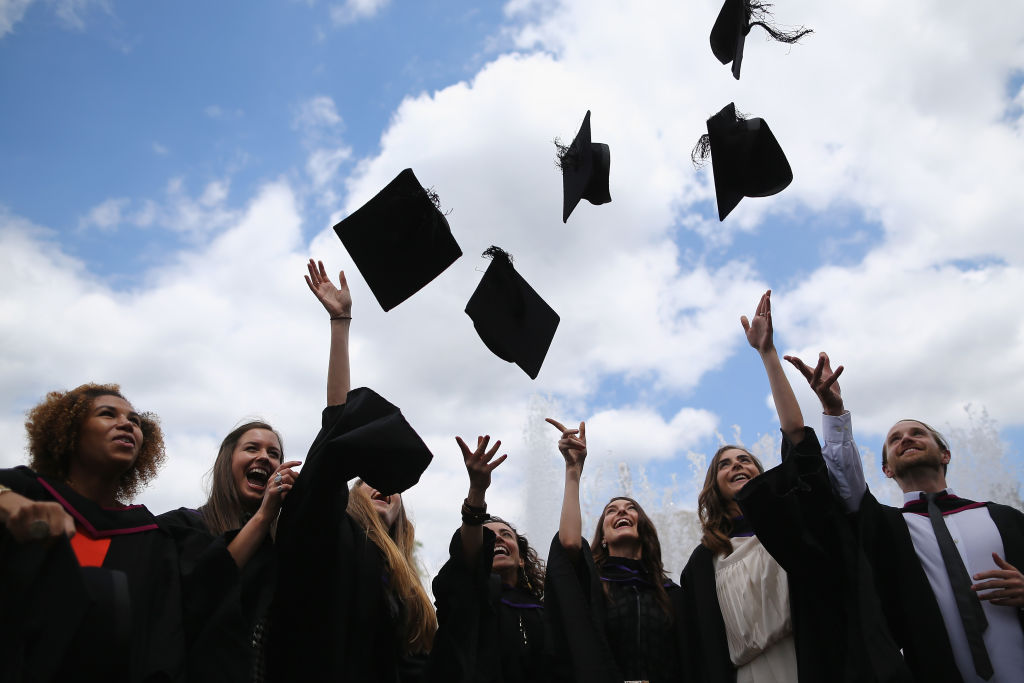 The faulty towers of higher education