How Elizabeth I provoked the Spanish Armada

Armada: The Spanish Enterprise and England’s Deliverance in 1588 by Colin Martin and Geoffrey Parker reviewed 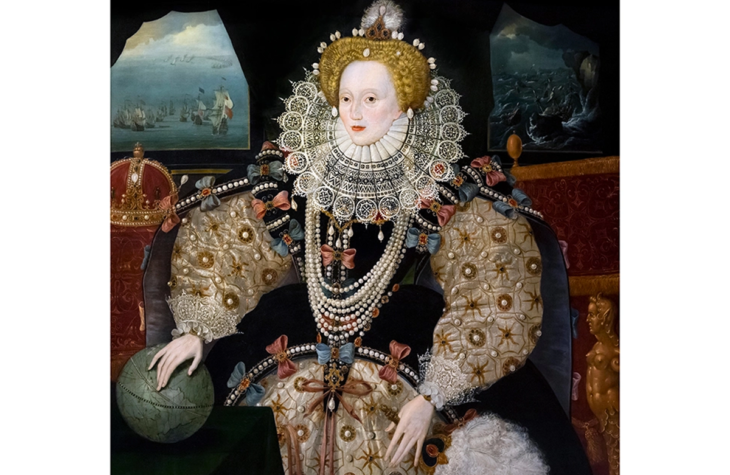 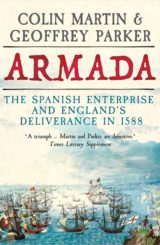 Armada: The Spanish Enterprise and England’s Deliverance in 1588

In the 1964 Hammer film The Devil-Ship Pirates, a privateer of the defeated Spanish Armada escapes the English fleet and puts in for repairs at an isolated coastal village whose inhabitants have not received news of the battle’s outcome. There the Spanish convince the villagers that Spain was victorious, and so impose submission on them. Historical verisimilitude was not exactly a priority. However, two weeks after the Armada was defeated in August 1588, a printer in Seville published glad rejoicings at Spain’s victory. The problems of extended lines of communications and poor intelligence bedeviled the Spanish...

In the 1964 Hammer film The Devil-Ship Pirates, a privateer of the defeated Spanish Armada escapes the English fleet and puts in for repairs at an isolated coastal village whose inhabitants have not received news of the battle’s outcome. There the Spanish convince the villagers that Spain was victorious, and so impose submission on them. Historical verisimilitude was not exactly a priority. However, two weeks after the Armada was defeated in August 1588, a printer in Seville published glad rejoicings at Spain’s victory. The problems of extended lines of communications and poor intelligence bedeviled the Spanish throughout the whole enterprise, contributing notably to their defeat.

The tale of the Spanish Armada is well known. Indeed, Colin Martin and Geoffrey Parker wrote an excellent book on the subject way back in 1988 to mark its 400th anniversary. Their latest splendid volume is of a different magnitude altogether, being nearly three times as long and encompassing new archaeological and archival sources to offer the most comprehensive and authoritative book on the subject to date. It is also lucidly written and beautifully illustrated — altogether a superb work of historical narrative and analysis.

As much attention is afforded the origins and aftermath as the main event. The clarification of context here is important. The Black Legend of Spain depicts a power-hungry and fanatical Catholic king, the Habsburg Philip II, attempting to crush God’s doughty Englishmen with an invasion fleet of overwhelming force. In reality, Queen Elizabeth I had provoked Philip beyond endurance. She had offered strong support to the Dutch rebels fighting to remove Habsburg control, her supply of money, materiel and even troops within sovereign Spanish territory being, to put it mildly, somewhat hypocritical (if strategically sound).

The struggle of the female musician

Philip’s main aim was to stop this English interference in his lands. Indeed, he had even reluctantly offered to marry Elizabeth. At Nonsuch, in 1585, Elizabeth signed a formal treaty with the Dutch, and in effect declared war on Philip, sending Sir Francis Drake with a naval taskforce to attack Spanish ports, thereby “singeing of the King of Spain’s beard.” A week after these raids began, Philip ordered that plans should be made for an invasion of England: “No sovereign could overlook such an act of naked aggression.”

Elizabeth was not entirely pristine as the defender of her faith in England, since she “tried to align her policy with that of the Turks,” hoping that her enemy’s Muslim enemy would divert Philip’s attention elsewhere. The authors miss an ecumenical opportunity here to show how Catholic France pursued a similar policy under Francis I, who allowed the Turks safe harbor at Toulon.

Philip abandoned a sensible diversionary attack on Ireland to focus on a full-frontal assault on England across the Channel. The Armada, one of the greatest fleets ever to be amassed in Europe, comprising 130 ships, nearly 2,500 guns and 30,000 men, set sail from Lisbon in late May. Had the Spaniards landed, they would probably have been unstoppable in reaching London. But the Armada’s commander, the Duke of Medina Sidonia, could not coordinate with the Duke of Parma’s men he was meant to collect from the Netherlands: the problems of timely communications were just too great for their couriers to be effective. For a while, things were touch and go. The Armada made its way up the Channel to within twenty-five miles of Dunkirk. Not realizing how close Parma and his army were, Medina Sidonia, racked with uncertainty, temporarily faltered there in the face of a naval blockade. The authors emphasize Spain’s central failure to command the seas in order to execute the troop crossing.

In the naval engagement that ensued two factors, one general, one specific, brought about an English victory. Their warships were state of the art and with complements of experienced crews. Nonetheless, the English were initially cautious, the commander of the fleet, Howard of Effingham, admitting “we pluck their feathers little by little.” But on August 4, off Gravelines, they charged into the Spanish formations, already somewhat disordered after a fireship attack, causing havoc.

A composite painting, formerly attributed to Nicholas Hilliard, depicts the Battle of Gravelines and Elizabeth I’s address at Tilbury. (The Worshipful Society of Apothecaries of London/Alamy)

The more specific factor was the English fleet’s ability to dominate the artillery exchange. Recent marine archaeological evidence shows how the compact, four-wheeled truck carriages of the English were “100 percent more efficient than the two-wheeled tail version’”used by the Spanish. “More big guns; more gunners with more experience; better powder” and gun carriages won the day.

A little luck did not go amiss either. In a disaster for the Spanish, the San Salvador, carrying some 500,000 gold crowns, suddenly blew apart. One possible cause was “a German gunner, who was allegedly being cuckolded by a Spanish officer.” In revenge, the gunner hurled “fire into the powder barrels and threw himself overboard.” The “apparently miraculous change in wind” also famously helped; for the English “God blew and they [the Spanish] were scattered.”

No less fascinating than the battle are the dreadful tales of what befell the Armada afterwards, as it sailed around the British Isles on its tortuous way home. Numerous ships were wrecked off the coastline, some two dozen off western Ireland. Survivors swam ashore even as they saw their comrades being bludgeoned to death on the sands. Mass slayings awaited many who were taken prisoner. Don Antonio de Ulloa had to cut short his written testament due to an impatient executioner. The last words he wrote were: “The hangman will not allow me more time to…”

History makes much of Elizabeth’s famously defiant speech at Tilbury camp at the height of the crisis (in hindsight, it had just passed): “I know I have the body of a weak and feeble woman, but I have the heart and stomach of a king, and of a king of England, too.” Elizabeth was too vain for this to be a reference to her father Henry VIII’s ample waistline, but to his courage. This she certainly displayed, the authors drawing attention to her resolve at this time of great national peril. But, ultimately, it was Philip’s errors in grand strategy and tactics that saved England even more than God’s providential storms, the authors arguing that there were other more effective ways to deal with the English problem than this ill-fated invasion attempt. 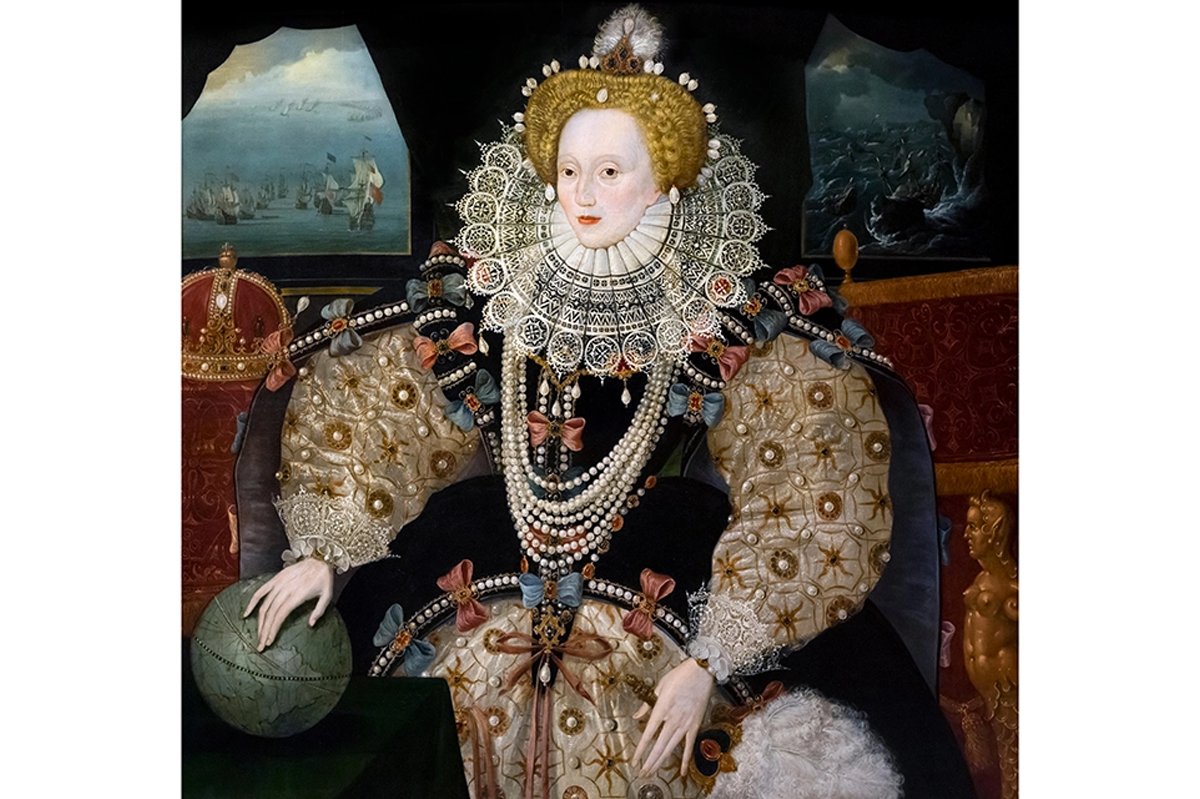 How Elizabeth I provoked the Spanish Armada