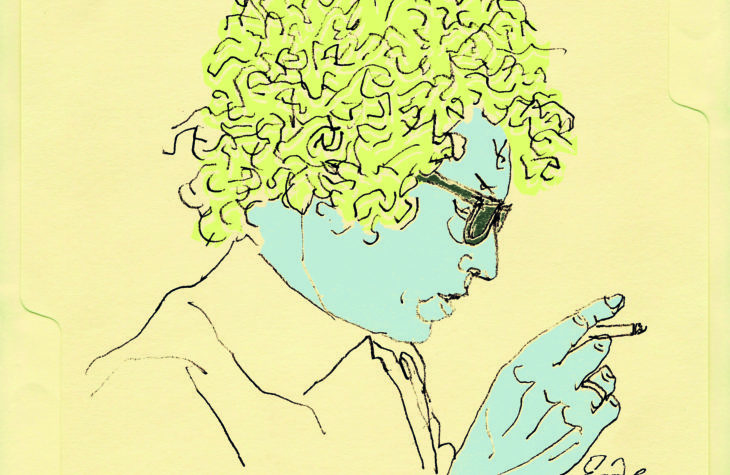 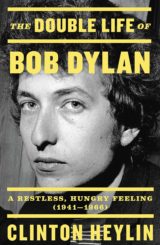 Clinton Heylin is the éminence grise of Bob Dylan scholars: co-founder of Wanted Man (the magazine dedicated to studying Dylan’s life and work), long-time editor of its quarterly magazine the Telegraph, compiler of Bob Dylan: Stolen Moments: The Ultimate Reference Book and also the author of Behind the Shades, which, when first published in 1991, was rightly praised as the most reliable account of Dylan’s life and career up to that point. Dylan has accomplished a great deal since then, including becoming a Nobel laureate, so it’s not surprising that Heylin should want to bring...

Clinton Heylin is the éminence grise of Bob Dylan scholars: co-founder of Wanted Man (the magazine dedicated to studying Dylan’s life and work), long-time editor of its quarterly magazine the Telegraph, compiler of Bob Dylan: Stolen Moments: The Ultimate Reference Book and also the author of Behind the Shades, which, when first published in 1991, was rightly praised as the most reliable account of Dylan’s life and career up to that point. Dylan has accomplished a great deal since then, including becoming a Nobel laureate, so it’s not surprising that Heylin should want to bring his account up to date, especially since a large new collection of Dylan material has recently been deposited in the Gilcrease Museum in Tulsa. This archive has allowed Heylin to build an indispensable account on the foundations of his previous one — and it is published in good time to mark Dylan’s 80th birthday on May 24.

Technically speaking, Heylin’s approach hasn’t changed much in the 30 years since his last outing: his method is mostly chronological (with backward glances where the call of the past becomes irresistible, and the odd scurry where rock ’n’ roll history disappears in a cloud of smoke), and his style is easygoing conversational, with periodic lurches into alliteration (‘the Hibbing hustler’, etc) for intensifying effect. It works well; a more academic tone would have created a rupture between the book and its subject (Dylan has always had an anti-intellectual streak, as Heylin himself acknowledges), and anything more laid-back would seem like a subversion of biographical duty.

This balancing act is valuable for its own sake, but also has the paradoxical virtue of making Dylan’s self-discovery remain in some ways mysterious. Even allowing for the uncertainties of youth, his early days in the Midwest backwater of Hibbing, his excursions to Duluth (the nearest town of any size) and his enrollment in the University of Minnesota (from which he soon dropped out) are strikingly prone to zigzags and experimentation. 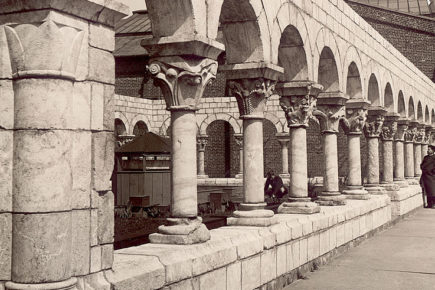 By his mid-teens, Dylan was not only looking for a way to escape his inheritance but also constantly asking himself ‘Who am I?’ — and deciding that the best way to be himself was to be any number of people all squeezed together (‘masked and anonymous’). Hence his fascination with combinations of all kinds — with the mixture of rock ’n’ roll and folk music (Hank Williams was ‘his first musical hero’), with the Beat poets (at once literary and carefree), and with the art of saying one thing and meaning another. By the time he arrived in New York in 1961 at the tender age of 19, he had already learned the basics of several different musical traditions while playing in local bands (their names deserve an essay in themselves: the Jokers, the Golden Chords, the Satin Tones). Just as importantly, he’d also begun to master the art of covering his tracks.

Heylin has always been good on this aspect of Dylan’s story — hence the title of his first biography, and the way this new one repeats an idea of secrecy. The point is not to make Dylan seem devious, although plenty of his girlfriends, friends and associates have had reason to think him so; it’s to prove that his gift has always depended on the amazingly deft magpie-assimilation of new ideas. He’s at once highly original and deeply in hock to the past — which perhaps explains why some of his earliest listeners felt baffled by his songs (not to mention puzzled by his words and the way he sang them). That said, as Heylin shows him paying court to Woody Guthrie, falling in with other folkies such as Dave Van Ronk and Ramblin’ Jack Elliott, beginning a complicated dance of courtship with his first great love, Suze Rotolo, and navigating the complexities of his relationship with Joan Baez, Dylan comes across as determinedly eclectic but mostly charming. He’s not so much a rolling stone as a skittering pebble — more or less broke, sleeping on floors and living hand-to-mouth (‘You’ve never known a refrigerator raider like Bob,’ the journalist Al Aronowitz remembered).

But it couldn’t last. Following the release of his first LP, Bob Dylan, in March 1962, his reputation changed virtually overnight from ‘respected young songwriter’ into ‘Voice of a Generation’, and his previous way of life became impossible to maintain. Different forms of control (and confusion) imposed by his new manager Albert Grossman, his need for a tighter circle of ‘enablers’ and his expanding appetite for red wine and amphetamines all played their part. In due course Rotolo, Baez and Van Ronk either stepped back or fell by the wayside. His dealings with journalists and hangers-on became increasingly acrimonious. Conservative elements in the folk scene turned against him, and other kinds of audience tuned in instead. His dark glasses became habitual — and darker. And at the center of it all, the man himself was more and more obviously ‘not there’.

Reading about the change can be dismaying, even though Heylin keeps a steady tone and refuses to wag his finger. From a strictly musical point of view, though, Dylan’s retreat into himself — or, rather, into his selves — was necessary and immensely productive. It led him, via the Newport Festival of July 1965, where he seemed to renounce his folk loyalties and embrace rock ’n’ roll traditions instead (really they’d been vital to him from the first), to the unique synthesis of musical traditions that we hear on Bringing It All Back Home, Highway 61 Revisited and Blonde on Blonde. It’s frankly astonishing to remember that these three albums were all recorded in the space of a mere 15 months.

At several points during his evocations, Heylin presses the pause button — to explore the influence of Dylan’s new backing group the Band, for instance, or to pore over script extracts from D.A. Pennebaker’s film Dont Look Back, or to analyze individual songs. ‘I’ll Keep It with Mine’, ‘Like a Rolling Stone’ and ‘Visions of Johanna’ (which Heylin plausibly calls ‘possibly Dylan’s greatest song’) all get the treatment, and in every case they made me bring the rest of life to a grinding halt, to concentrate yet again on the ravishing blend of newness and deep-rootedness in those songs. In this brilliant passage of his creative life, Dylan was not simply assimilating the Great American Songbook, he was vastly increasing its size and variety.

As Heylin approaches the closing chapters of this book (the first of two volumes), and starts following Dylan on tours of England, Australia and Scandinavia, it’s clear that something has to give, especially after the endless-seeming folk/electric rumpus has climaxed at the Free Trade Hall in Manchester, England, with an audience member shouting ‘Judas!’, only for Dylan to answer by urging his band to ‘Play fucking loud’. His mood by the time he returns to the States was dangerously morose, his patience almost exhausted, and his recovery (even with the help of Sara Lownds, whom he married in the autumn of 1965) seems uncertain. Bearing in mind what happened to Janis Joplin, Jimi Hendrix, Brian Jones et al. another tragically early rock ’n’ roll death seems in the cards. Instead, Dylan retreats to his house in Woodstock and hunkers down behind a sign on the drive, put there by Grossman, meant to deter visitors. It says, with a surprising air of courtesy: IF YOU HAVE NOT TELEPHONED, YOU ARE TRESPASSING.

Would he have caught his breath? Who knows. On July 29, 1966 he went ‘for a spin on his cherished Triumph’ motorcycle, and Heylin’s next volume will remind us how that worked out. Meanwhile, we should be grateful The Double Life has brought us this far in one piece. 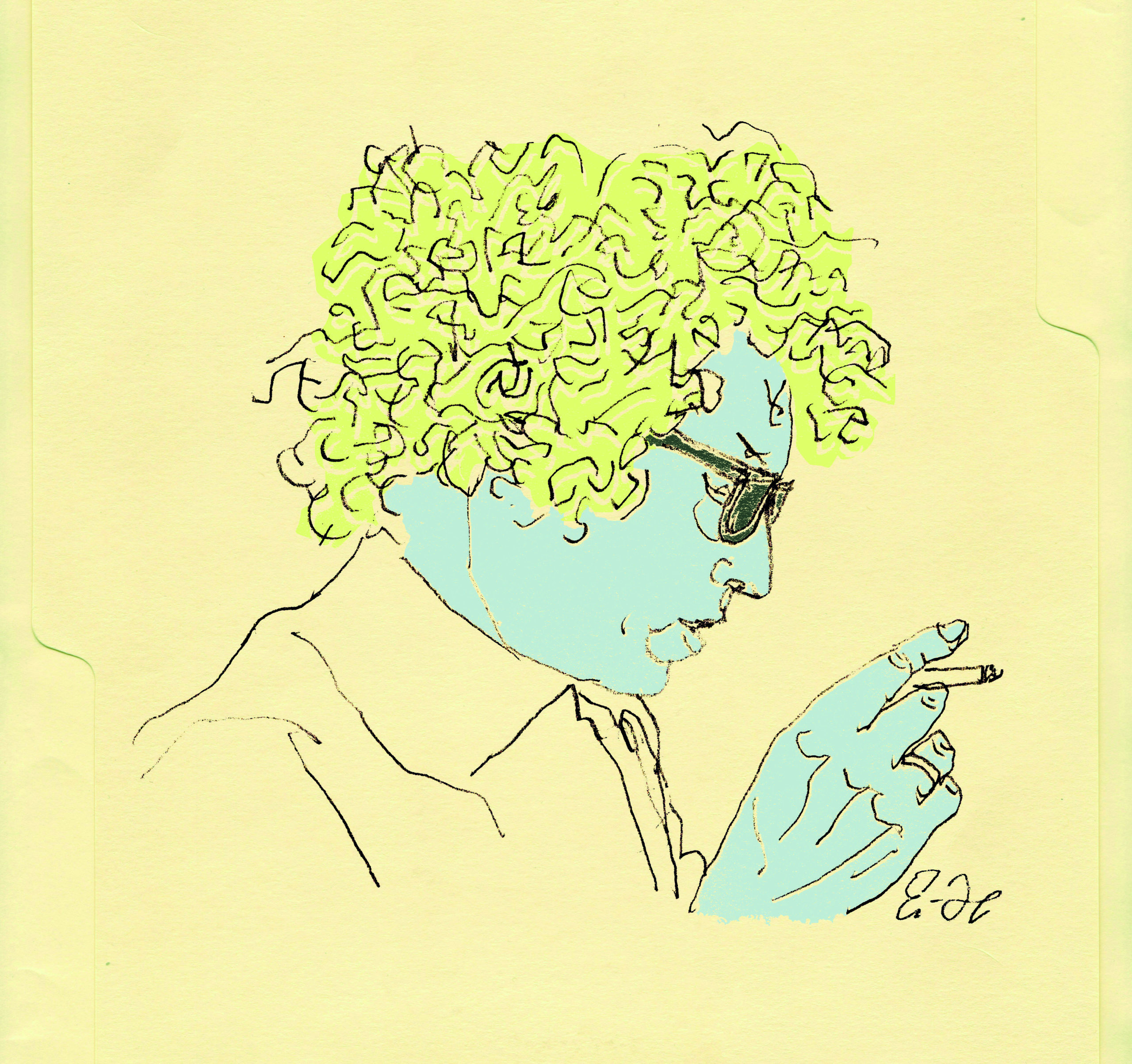