In defense of George Bernard Shaw 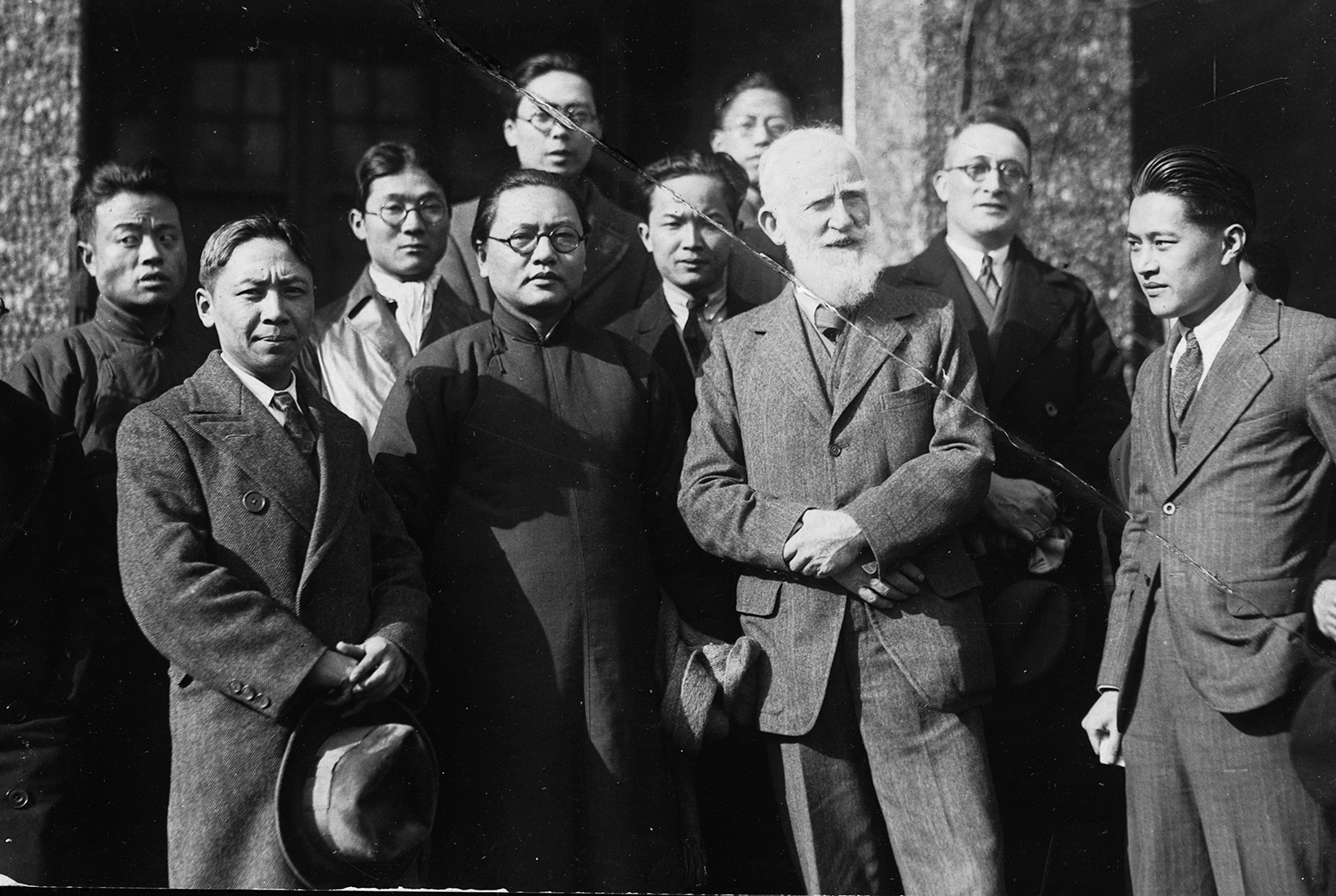 In defense of George Bernard Shaw

What has happened to Rada? The Royal Academy of Dramatic Art is the latest arts establishment to have gone mad. In the summer, it issued a self-flagellating public statement that it was institutionally racist and would ‘decolonize the curriculum and end racism’. The ‘actor-vists’ are clearly unhappy with the place. They should all be busy learning how to be heard at the back of the stalls. But these days, the enunciation course has a ‘d’ in front of it.The student body — or a noisy part of it — is now calling for a purge...

What has happened to Rada? The Royal Academy of Dramatic Art is the latest arts establishment to have gone mad. In the summer, it issued a self-flagellating public statement that it was institutionally racist and would ‘decolonize the curriculum and end racism’. The ‘actor-vists’ are clearly unhappy with the place. They should all be busy learning how to be heard at the back of the stalls. But these days, the enunciation course has a ‘d’ in front of it.

The student body — or a noisy part of it — is now calling for a purge of the school’s illustrious benefactor, George Bernard Shaw, after whom one of the school’s theaters and a special fund are named. Why? He is accused of being a racist and a eugenicist. We are actually meant to believe that Shaw, the great socialist emancipator and lover of equality, is now an Irish version of Josef Mengele.

Shaw is an indelible part of Rada’s history (of which it is officially no longer proud). The place was established in 1904 by the actor Sir Herbert Beerbohm Tree as a London school ‘founded by the industry for the industry’. Shaw was elected to Rada’s council in 1911 to replace W.S. Gilbert who died that year. He was a great catch. Shaw urged the school to stay open during both world wars, stumping up £1,000 when it was reduced to rubble during the Blitz — a loan he made clear he didn’t expect to be repaid. He bequeathed a third of his royalties to Rada, a steady river of cash since his death in 1950.

How perverse that the place should ever want to disown him. You’d think Shaw would be well within the radius of trust of even today’s wokest students. He was after all a vegetarian, deeply pro-women’s rights, pro-homosexual, pro-interracial marriage and anti-war. He was in at the birth of the Labour party and co-founded the New Statesman. He was a pioneering pamphleteer who in the same vein wrote wonderful, unsavory plays that shone a torch on slum landlordism, poverty, prostitution and the class system. He worshipped Ibsen’s feminist plays. By making English theater political he made it interesting. As for actors, he adored them and hated them. He threatened to thwack Tree, the original Professor Higgins in Pygmalion, the play that was turned into My Fair Lady, with a brass poker, reserving a house brick for his co-star Mrs Patrick Campbell.

As for the rain in Spain, Shaw had a lot to say about Received Pronunciation (which Rada is of course against: exclusionary and posh) but which he saw as a valuable instrument of social mobility.

Shaw irritated pretty much everyone in his time — mischief was his manifesto. He was as pithy as Wilde (‘the optimist invents the aeroplane, the pessimist the parachute’), his mind was compared to a continually erupting volcano of ideas and opinions.

As for the charge of eugenics it seems that the ‘science’ was all the rage before the war among intellectuals on both the left and right. And anyway, how much did he really believe in it? When he broadcast on the subject (it’s on YouTube) he is clearly trying, and failing, to be amusingly satirical in the manner of Jonathan Swift’s suggestion that we eat babies.

Shaw lived 94 years and became grumpy with ineffectual democracy. That in the early 1930s he praised dictators such as Mussolini, Stalin and Hitler (he suggested that Hitler might make a suitable leader of the Tory party!) is well documented. His keenness on Stalin — by whom he was totally duped — was especially nauseating. But in the end, so what?

Shaw’s life taken as a whole was a gigantic, life-enhancing force field of fun, furious creativity and amazing prophecy. True, his plays are out of fashion, which is a great shame. The drag queen in the Peter Nichols play Privates on Parade sums up the problem with the line: ‘Ooh that Bernadette Shaw — what a chatterbox!’ But then, Shaw had so much to say. His greatest plays remain permanently relevant and influential.

The silence from older actors in support of him is really the saddest part of this Rada shambles. Shaw was all for abolishing things he saw serving no purpose. Has Rada become one of them?