The courage of the Red Devils

Red Devils: The Trailblazers of the Parachute Regiment in World War Two by Mark Urban reviewed 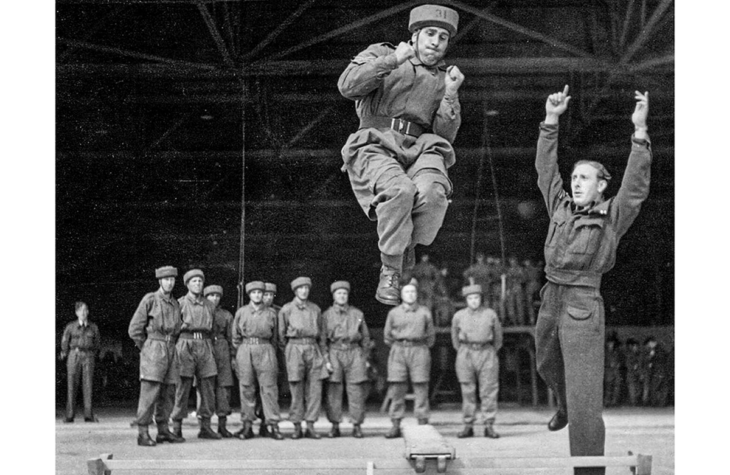 Recruits to the Parachute Regiment training at Ringway: ‘knees together, elbows in’, they learn to land without injury (Airborne Assault Museum, Imperial War Museum Deptford) 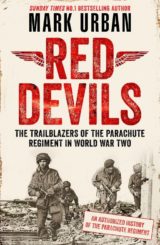 Red Devils: The Trailblazers of the Parachute Regiment in World War Two

At Goose Green during the Falklands campaign, the 2nd Battalion the Parachute Regiment forced the surrender of more than 1,000 Argentinian soldiers. It was an extraordinary feat of arms. The battalion numbered 650 men, far fewer than the accepted ratio of 3:1 when attacking a defensive position. The Parachute Regiment had upheld the old tradition: "fast, far and without question."

In June 1940 Churchill ordered the formation of a parachute force. He had been taken aback and quietly impressed by the success of the German parachute forces, the Fallschirmjäger, in the Battle of the Hague the previous...

At Goose Green during the Falklands campaign, the 2nd Battalion the Parachute Regiment forced the surrender of more than 1,000 Argentinian soldiers. It was an extraordinary feat of arms. The battalion numbered 650 men, far fewer than the accepted ratio of 3:1 when attacking a defensive position. The Parachute Regiment had upheld the old tradition: “fast, far and without question.”

In June 1940 Churchill ordered the formation of a parachute force. He had been taken aback and quietly impressed by the success of the German parachute forces, the Fallschirmjäger, in the Battle of the Hague the previous month. Their success in seizing crucial bridges in coup de main operations had opened up the heart of the Netherlands to the Panzer divisions. It appealed to Churchill’s appetite for audacity and taking the fight to the enemy.

Regiments, like any enduring institution or successful enterprise, are created by people made of the right stuff. Mark Urban, in this history of the Parachute Regiment in the second world war, paints a colorful picture of the officers and men who volunteered for what in 1940 was a leap into the unknown. Whatever their motivation — a thirst to get to grips with the enemy, the appeal of an extra two shillings a day or a desire to escape the drudgery of the drill square — they displayed exemplary discipline and daring under fire. Their discipline back home or kicking around pubs was not so commendable. 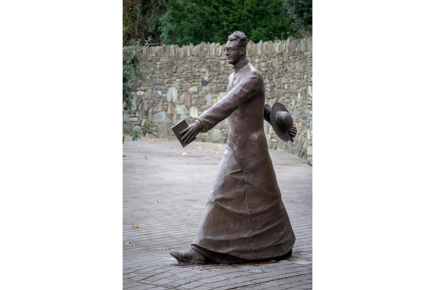 A novel approach to the World War Two-era Vatican

Urban pens a masterful portrait of one of most memorable characters, Johnny Frost.A fellow officer wrote:

His brother officers came to realize that the tall Scot was able to wear the mask of command, that mysterious quality of leadership in which uncertainties or fears are cloaked and the assurance of success projected to all those around him.

And, like in the film A Bridge Too Far, where he is played to perfection by Anthony Hopkins, he really did blow a hunting horn to rally his men.

The responsibility for getting the airborne forces off the ground was given to Major General ‘Boy’ Browning. He was well liked and well connected. He had leant his greatcoat to Churchill during the Great War when Churchill was attached to the Grenadier Guards. Browning had won the Distinguished Service Order (DSO) leading a counter-attack at the Battle for Gauche Wood in December 1917 at the age of twenty. He was just one of a handful of officers to survive a day of carnage and confusion. He was to have nightmares for the rest of his life. Urban is a touch unfair about Browning’s enthusiasm for turnout and discipline. It was a way of cloaking his nerves from the terrors of the Great War.

Browning was married to a remarkable woman, the novelist Daphne du Maurier. It was she who came up with the idea of the color maroon for the parachute beret and, as a lover of Greek mythology, the image of Bellerophon riding his winged horse Pegasus embroidered upon the square patch of maroon cloth at the top of the right sleeve. The maroon beret is now the international symbol of airborne forces worn by forty-eight countries.

Browning was to have his failings, as Urban exposes later in the book, but in 1941 his appointment as head of airborne forces was an inspired move by the army’s head and master of strategy, General Sir Alan Brooke. He was the right person to get things done in the fierce competition for resources and manpower. He was up against the formidable figures of Air Chief Marshal Portal and Air Marshal “Bomber” Harris. The RAF were pretty full of themselves — understandably so, after the Battle of Britain — and saw airpower, particularly bombing, as the way to bring Nazi Germany to its knees. Harris was his usual punchy self: ‘The raising of the airborne division was undertaken without appreciating how it could be transported or where it might be used with any prospect of material contribution to victory.’

Military history can be a dry subject. The personal element — the stories of human endeavor, courage and mistakes, fate and fortune — are what makes it readable. Urban has done his research, drawing on German resources as well as fresh material from the men’s families who fought as paratroopers. The Bruneval raid, led by Frost in February 1942 on a Nazi radar installation in northern France, was their first baptism of fire. It was a success, and a welcome fillip to national morale after the spineless loss of Singapore to the Japanese.

Any new organization faces growing pains. If the Bruneval raid was a success, the campaigns in Tunisia and Sicily were a salutary lesson in the limitations of parachute forces in the face of a resolute enemy, the Fallschirmjäger. The story is vividly told, the eyewitness accounts from both German and British soldiers giving the reader an extraordinary sense of place and atmosphere. It was in North Africa that German troops said of the Parachute Regiment that in combat they fought like “Red Devils.” It was not because of the beret’s color but the mark of the Tunisian soil and their wild fighting spirit.

An important but often overlooked point emerges from Urban’s analysis of the campaigns. By 1942, German High Command had scotched the idea of large-scale airborne assaults as being too hazardous. Frost, likewise, had come to the view that coup de main operations were the best way of tying down enemy troops because the element of surprise would create confusion and set them off balance. Browning, however, was interested in “big party” operations. The 1st airborne division now comprised 10,000 men and he wanted to justify its existence.

The British have an abiding affection for military disasters and there is no better example than Arnhem. The story of the attempt to capture a bridgehead over the Rhine by the 1st Airborne Division and the US 82nd and 101st Divisions, has been recounted countless times and never dulls in the telling. Arnhem was magnificent in scope and imagination but hopeless in the planning and execution. Once again, Urban draws on first-hand accounts, both German and British, the former bearing witness to the Parachute Regiment’s courage: “The Red Devils still fought back and battled for every room and house, for every piece of ground or garden, they were fantastic marksman, when they shot, they almost always hit their target.”

The blame game began soon after. The Americans won the narrative, not helped by the otherwise hugely watchable film A Bridge Too Far. “Boy” Browning may have said to Monty: “We might be going a bridge too far,” but he had to take his share of censure. He had not been exposed to the friction of battle since Great War. He had overreached his experience at Arnhem. I write this rather dejectedly, as Browning and Daphne du Maurier were my grand-parents. Richard Attenborough, who directed the film, did write to my grandmother apologizing for Browning’s portrayal in the film, citing the power of American finance.

The last word should go to Johnny Frost, who told his soldiers at Arnhem that their success would depend on speed, surprise and grim determination. The Red Devils have been true to his word ever since. Just one word of caution: they are best kept on a tight leash, ready for shock action. They are not suited to internal security or “hearts and minds” operations — something I hope Urban might explore in a further history of this remarkable regiment. 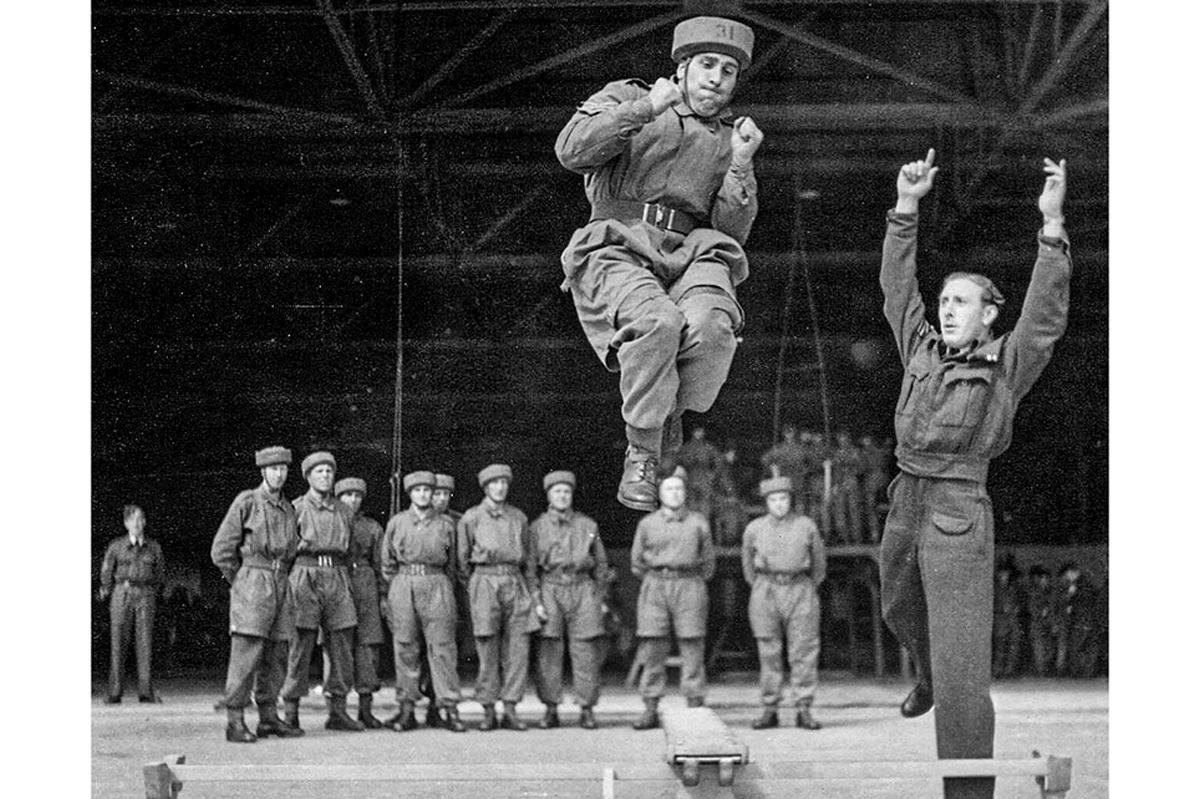 The courage of the Red Devils