A Churchill character assassination too far?

Churchill’s Shadow: The Life and Afterlife of Winston Churchill by Geoffrey Wheatcroft reviewed 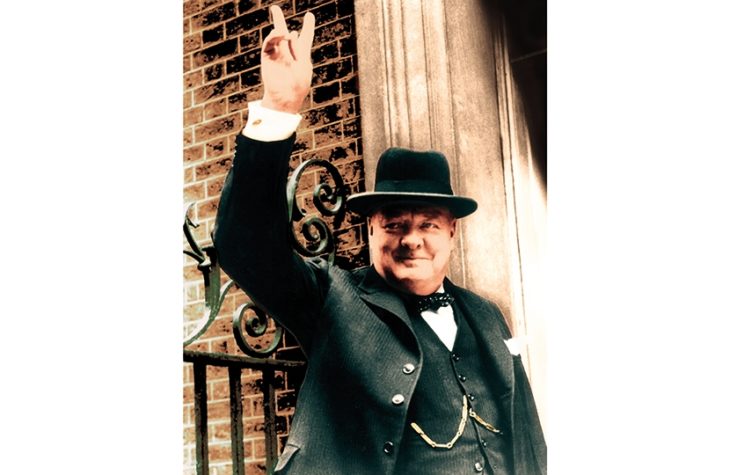 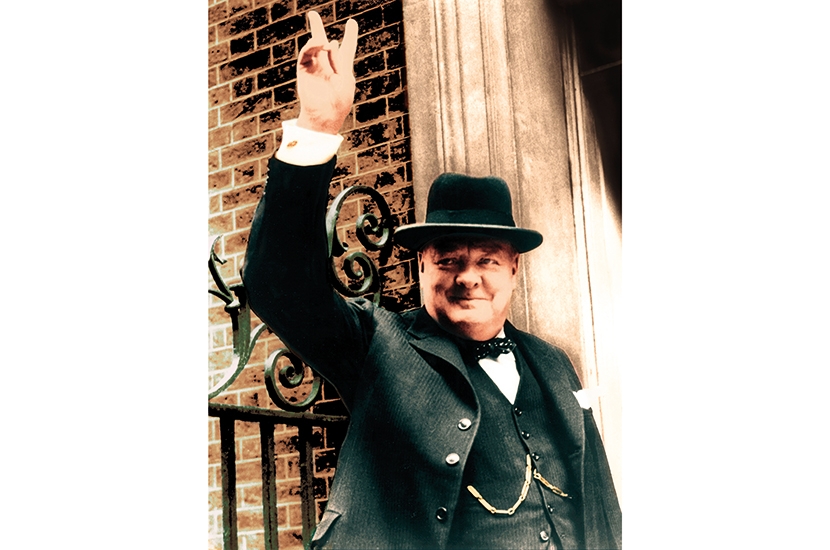 A Churchill character assassination too far?

The veteran journalist Geoffrey Wheatcroft claims in his prologue to Churchill’s Shadow that: ‘This is not a hostile account, or not by intention, nor consciously “revisionist”, or contrarian,’ before launching into a long book that is virtually uninterrupted in its hostility to Winston Churchill, his memory and especially anyone who has had the temerity to admire Churchill or learn lessons from his life and career.

Churchill revisionism is hardly new. The very first book I reviewed was Clive Ponting’s revisionist biography of 1994, since when there have been scholarly books by John Charmley, a predictably vicious one by...

The veteran journalist Geoffrey Wheatcroft claims in his prologue to Churchill’s Shadow that: ‘This is not a hostile account, or not by intention, nor consciously “revisionist”, or contrarian,’ before launching into a long book that is virtually uninterrupted in its hostility to Winston Churchill, his memory and especially anyone who has had the temerity to admire Churchill or learn lessons from his life and career.

Churchill revisionism is hardly new. The very first book I reviewed was Clive Ponting’s revisionist biography of 1994, since when there have been scholarly books by John Charmley, a predictably vicious one by David Irving (whose hero’s career was somewhat curtailed by Churchill) and a shelf-load by detractors such as Richard Toye, Madhusree Mukerjee, Nicholson Baker and Alan Clark. Abusing Churchill in print is thus a well-trodden path, but most of those earlier authors tried to stick to facts, whereas Wheatcroft has generally ignored them.

He claims, for example, that ‘Churchill was never really a well-traveled man’, when in fact he visited America 16 times and Canada nine times, crossing both from coast to coast. He served for years in India and Afghanistan, fought in Cuba, South Africa, the Sudan and on the Franco-Belgian border, honeymooned in Italy, holidayed in France, Italy, Florida, Monaco, Madeira, Morocco, Bahamas and Spain, mountaineered in Switzerland, twice visited Stalin in Moscow, held conferences in Cairo and Tehran, watched army maneuvers with the Kaiser in Germany, cruised the Mediterranean and Caribbean, and also visited Palestine, Iceland, Turkey, Cyprus, Uganda, Tanganyika (modern-day Tanzania), Mozambique, Kenya, Bermuda, Tunisia, Algeria, Libya, Malta, Holland, Trinidad, Jamaica and Greece. 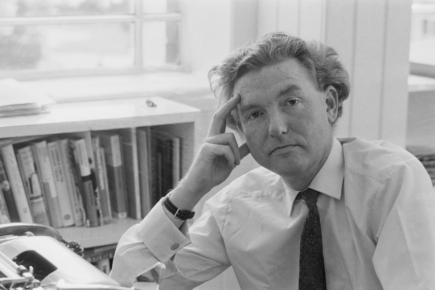 The best of Paul Johnson

Wheatcroft cannot have read Churchill’s book London to Ladysmith via Pretoria if he believes that he viewed Afrikaners ‘fondly’. Although Churchill admired their fighting spirit, and liked some individual Boers, such as Jan Smuts, that book is full of distaste for the Afrikaners’ ill-treatment of the Hottentots, Xhosa and other native tribes.

‘Churchill’s judgment was strategically flawed,’ it is claimed. Yet it was he and Alan Brooke who not only came up with the Mediterranean strategy that liberated North Africa and Italy but also sold it to the Americans, and ensured no over-hasty return in force to the European continent before D-Day. In this unrelentingly anti-American book, Wheatcroft refuses to accept that Churchill had a genuine friendship with President Roosevelt. But together they stuck to the remarkably successful Germany First strategy, in the teeth of much pressure from Admiral Ernest J. King, Douglas MacArthur and others.

The tone of perpetual snideness grows wearing. Wheatcroft accuses Churchill of ‘boasting of gambling with men’s lives’, when he did no such thing, and carps that his phrase ‘the Wilderness Years’ for his decade out of office in the 1930s is ‘absurd’, ‘nonsensical’ and ‘blasphemous’, when it was a perfectly reasonable biblical and literary allusion. Wheatcroft further describes Churchill’s courageous decision to serve in the trenches of the Western Front in 1915 as ‘an unlikely and quixotic form of redemption’. The quotes he chooses as chapter headings give a flavor of the book: ‘The transatlantic type of demagogue’, ‘A tragic figure of failure and folly’, ‘Our own Mussolini’, and so on.

Wheatcroft’s claim that after the death of her infant daughter Marigold, Clementine Churchill ‘never afterwards mentioned the little girl’ is disproved by her letters to her husband. Likewise, his insinuation that Churchill had fascist leanings in the 1920s is not supported by anything better than quotes from his avowed political enemies, rather than by any actual evidence (for there is none). Similarly, what Wheatcroft denounces as Churchill’s ‘frightening enthusiasm for eugenics’ resulted in precisely nothing — even though Churchill was home secretary — and was widely shared by leftist figures such as H.G. Wells and the Webbs.

Wheatcroft’s censorious accusations about Churchill’s drinking fail to provide a single example of it having affected his strategic or political judgment. Churchill is accused of having ‘lamentable judgment of character’, and his best friends of being ‘charlatans’; but nowhere is it mentioned that he chose Alan Brooke, Andrew Cunningham, Clement Attlee, Ernest Bevin, Frederick Woolton, Norman Brook, Harold Macmillan, Harold Alexander, Bernard Montgomery and William Slim for high roles in this country’s greatest ever crisis.

Some of Wheatcroft’s factual errors could be easily made: the date of Kennedy’s assassination, or the number of times Churchill contracted pneumonia in the second world war, or that he was run over by a van on Fifth Avenue (it was a private car). Others come from believing gossip and diary columns, such as the claim that the nightclub-owner Mark Birley met Donald Rumsfeld in 2003, which he did not. Many of the book’s sources are frankly dodgy, including the use of internet articles by the former journalist Johann Hari, who was forced to return his Orwell Prize for inventing quotes.

Wheatcroft does grudgingly admit that Churchill performed well in 1940, but devotes only 4 percent of his book to that momentous year, in the course of which he scolds the wartime premier as ‘a veritable Rossini of rhetoric, forever reusing his own material, as well as other people’s’. So as well as saving the nation in its supreme existential crisis, Churchill was also supposed to eschew self-plagiarism and not make any literary allusions in his speeches? Never in the field of Churchill revisionism have so many punches been thrown in so many pages with so few hitting home. When the author argues that in the immediate postwar era Churchill was ‘sometimes babyish in manner, petulant and willful’, in fact it was in this period that he delivered the Iron Curtain speech, as well as speeches in Zurich, Strasbourg and the Hague. Any sense of proportion is entirely missing from this book.

Churchill’s Zionism comes in for much criticism from Wheatcroft, who evidently does not believe that the Jews ought to have had a national home in Palestine three years after the end of the Holocaust. Chaim Weizmann is described as a ‘fantasist’, and it is claimed that the Balfour Declaration was ‘light-heartedly undertaken’ by the British government, which it certainly was not. In highlighting that Churchill received £300 for articles from Jewish newspapers, Wheatcroft seems to insinuate that he was (as Irving also alleges) in the pocket of the Jews, whereas Churchill could command up to £1,000 for an article at that time. (There are descriptions that could have been used about Irving other than ‘a self-educated, energetic young Englishman’ in a book which claims it is not written to be contrarian.)

Wheatcroft’s assertion that Henry Wickham Steed’s The Hapsburg Monarchy (1913) is ‘still one of the best’ of all foreign correspondents’ books on the subject is astonishing, since 50 of its 300 pages contain anti-Semitic tropes such as ‘Have the Jews been persecuted because [their] characteristics have rendered them odious to the peoples that have harbored them?’, especially such Jews as the ‘degraded, bow-legged, repulsive type often to be found among the Ashkenazim’. No one should be praising such a book in the 21st century.

Wheatcroft’s belief that the special relationship is and always was a myth and a hoax, and that Churchill was ‘deluded by his airy notion of an English-speaking peoples’, is supposedly supported by the claim that ‘All of American society was isolationist and pacific’ in the period up to Pearl Harbor. Of course the Roosevelt administration’s attempts to lead public opinion towards interventionism, and its material help for the Royal Navy in the Western Atlantic before December 1941, are entirely ignored.

This book is incorrect in stating that Churchill ‘committed the cardinal sin of compromising’ the Ultra decrypts in his denunciation of the Germans’ massacre of Jews in Russia in his broadcast of August 24, 1941, as his information could have come from any number of human as opposed to signals intelligence sources. If the Germans had suspected that Enigma had been compromised, they would simply have stopped using it.

Wheatcroft’s belief that the British Empire — ‘on which the blood never dried’ — was ‘created partly by slavery’ and ‘disciplined’ by ‘frightfulness or brutal violence’ is certainly fashionable. But the best historiography shows how much more subtly control was exercised, through collaboration, occasional divide-and-rule and a sense of genuine altruism on the part of many Britons, of whom Churchill was a prime example.

Churchill dies in chapter 17, and the last four chapters constitute a sustained diatribe against anyone who has sought instruction or inspiration from his life and career. Attacking what he calls ‘the Churchill cult’, Wheatcroft’s (almost exclusively conservative) targets include Ronald Reagan, Charles Moore, Niall Ferguson, Nigel Farage, Benjamin Netanyahu, ‘the egregious Boris Johnson’, who runs ‘an utterly incompetent government’, Michael Gove, Margaret Thatcher, David Cameron, Donald Trump, Sir Martin Gilbert, the International Churchill Society, all Brexiteers, members of the Churchill family and your reviewer (I’m proud to say). This covers more than 100 pages, and contains even more factual errors than the previous 400.

As all objective biographers fully acknowledge, Churchill made a large number of serious blunders in his long career. But he tended to get the big issues right, and did so early on and regardless of opposition. In the acknowledgements of this book, in which almost every living Churchill detractor is thanked, the author quotes Voltaire: ‘To the dead we owe nothing but the truth.’ With this relentlessly sneering and deeply misleading book, Geoffrey Wheatcroft has signally failed to discharge that debt. 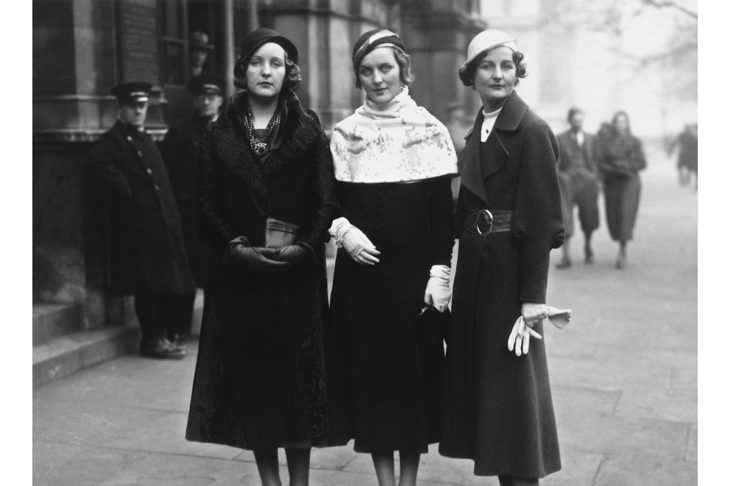 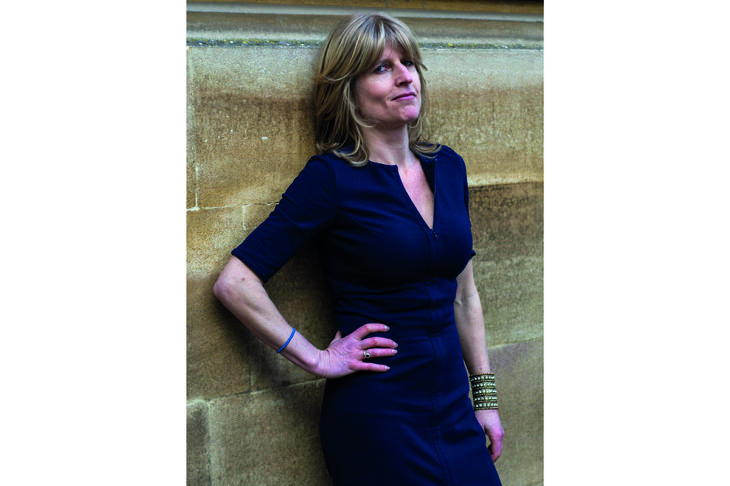 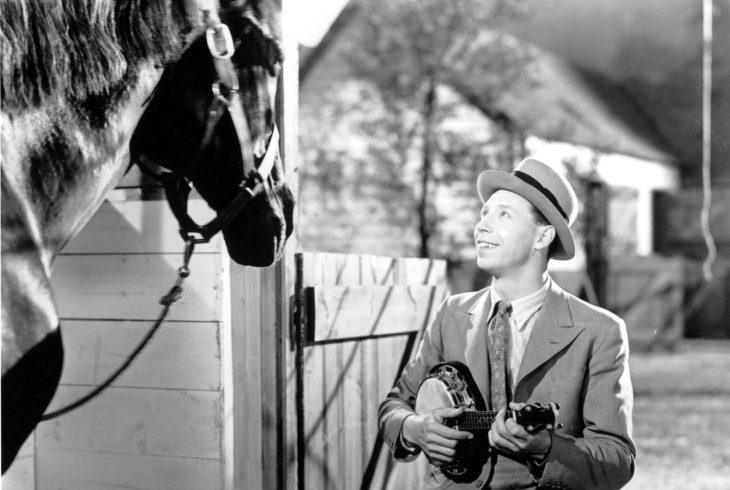 Did George Formby and Gracie Fields really help Britain out of the Depression? 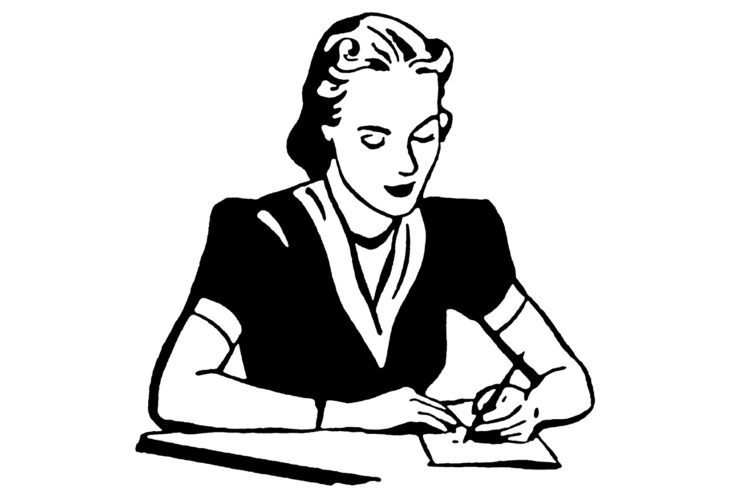 A passionate wartime love story is rescued from oblivion 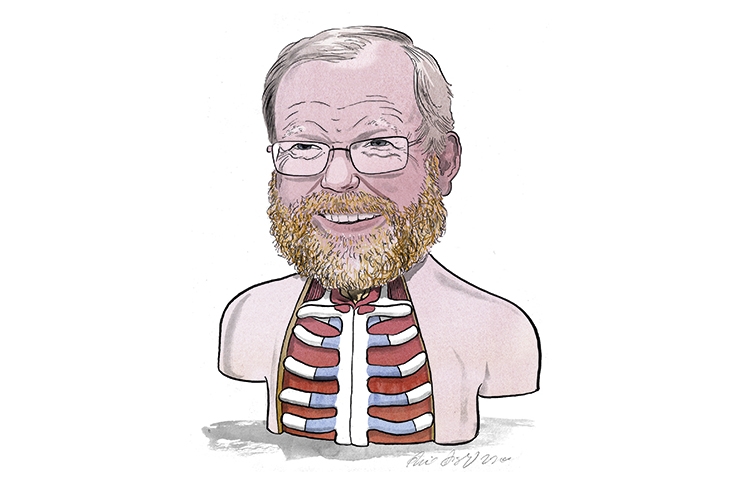 Bill Bryson: it’s impossible to be sick of England