A character assassination of Rudy Giuliani

Giuliani: The Rise and Tragic Fall of America’s Mayor by Andrew Kirtzman reviewed 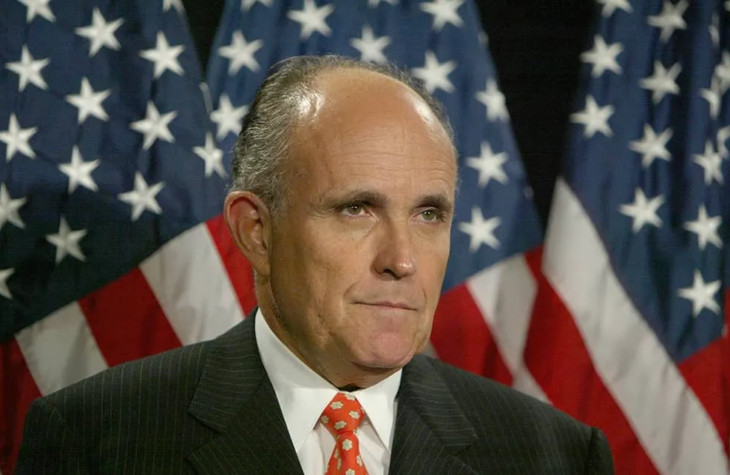 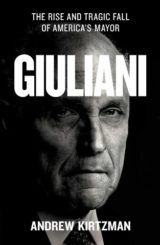 Giuliani: The Rise and Tragic Fall of America’s Mayor

Lord help me I love a hatchet job, and you’ll have to too if you want to make it through Giuliani before donating it to goodwill. This is not just any old biography — it’s a 480-page character assassination.

Born in 1944 to an ex-con who broke kneecaps for a living and a mother who was about as ambitious as Margaret Beaufort, Rudy Giuliani excelled at school, qualified as a lawyer and started making his mark as a prosecutor. Across twelve days in 1986, he won convictions against the heads of four New York crime families (the fifth...

Lord help me I love a hatchet job, and you’ll have to too if you want to make it through Giuliani before donating it to goodwill. This is not just any old biography — it’s a 480-page character assassination.

Born in 1944 to an ex-con who broke kneecaps for a living and a mother who was about as ambitious as Margaret Beaufort, Rudy Giuliani excelled at school, qualified as a lawyer and started making his mark as a prosecutor. Across twelve days in 1986, he won convictions against the heads of four New York crime families (the fifth was murdered before he came to trial), a politician from the Bronx who’d presided over “a vast municipal corruption scandal” and the Wall Street banker Ivan Boesky, “an icon of a delirious era in the financial sector.”

In 1994, Giuliani was elected mayor of New York. The only person this failed to impress was his mother. (“I thought you’d be president by now.”) Andrew Kirtzman exposes him as a bully, with a vendetta against the schools chancellor. Apparently Giuliani had a problem with the fact that half a million children in New York’s largest school district “couldn’t read at grade level” and were educated in schools “plagued by violence… Giuliani wasn’t looking for incremental improvements — he wanted to ‘blow up’ the system, in his words.” Call me sympathetic, but Giuliani started sounding appealing.

Next, he set about introducing militant policing measures to try to bring down the spiraling crime rate which, says Kirtzman, proved he “was just an absolute, out of control racist.” In 2000, the last year Giuliani was in office, 1,250 fewer New Yorkers were killed than the year before he won election. We are not told how many of the 1993 murder victims were black (which you’d think might be significant in the era of Black Lives Matter) but, regardless of race, that’s 3.4 more people a day wandering about still alive.

Many Americans thought Giuliani was a sort of hero on 9/11 — so that requires revisionism, as far as Kirtzman’s thesis is concerned. He all but accuses the mayor of having blood on his hands because the Twin Towers firefighters were using defective radios. It’s a charge that would have been infinitely worse if Kirtzman didn’t also admit that the firefighters were ordered to leave, and many of those who heard the order loud and clear refused to stop trying to save others. He adds: “Giuliani’s view of the world was doubtlessly impacted by watching people jump to their deaths from the burning towers, hugging sobbing children at firefighter funerals and mourning the deaths of his own friends.” Well, mine was impacted just by watching it on television, so a sentence such as “The mayor would suffer endless ridicule in years to come for siting his emergency command center at 7 World Trade Center, a proven terrorist target” seems, at best, crass.

By this point the biography has dispensed with facts in favor of its political objectives. For instance, Giuliani’s children aren’t born; they leap out, like Athene from the head of Zeus, during the “revolting spectacle” of his divorce. What was he like as a father? Who cares! You think this is a life of Giuliani?

Things don’t work out for “America’s mayor” once he leaves Gracie Mansion. He fails to make it anywhere near the White House (“no Republican with a pro-choice, pro-gay and pro-gun control record had ever won the Republican presidential nomination.”) He starts earning vast amounts of money helping a pharmaceutical company which is fueling the opioid epidemic. His third wife, who everyone hates, drives him to drink: “At one point, he was supporting six homes and eleven country club memberships. In one six-month period alone he spent $12,000 on cigars and $7,000 on fountain pens.”

All this, Kirtzman hints, might have been forgiven if Giuliani had not thrown in his lot with Donald Trump and started investigating whatever the Bidens were up to in Ukraine in a podcast:

He spent his second episode laying out the Biden case, detail by detail, with characters with hard-to-pronounce Ukrainian names, descriptions of complex banking transactions and fact after numbing fact about money transfers, phone conversations, black ledgers, accounting audits, alleged bribes, and on and on. The prosecutor whose withering questioning of Bertram Podell led the congressman to confess his guilt was making a case so confusing it was impossible to comprehend.

Hang on a ding dong minute, I frowned. Isn’t this book written by a journalist? Here’s Giuliani, with a career history of exposing corruption at the highest levels, alleging “the national security apparatus of the American government was lying, and that Biden was a criminal sitting on millions of dollars in bribes.” So I did a little Googling. Turns out Kirtzman was a journalist; now he has his own strategic communications firm. So that’s why the book reads like it was ghostwritten by a political consultant for the Biden administration.

Morgan: “Rudy, what happened to you…?” 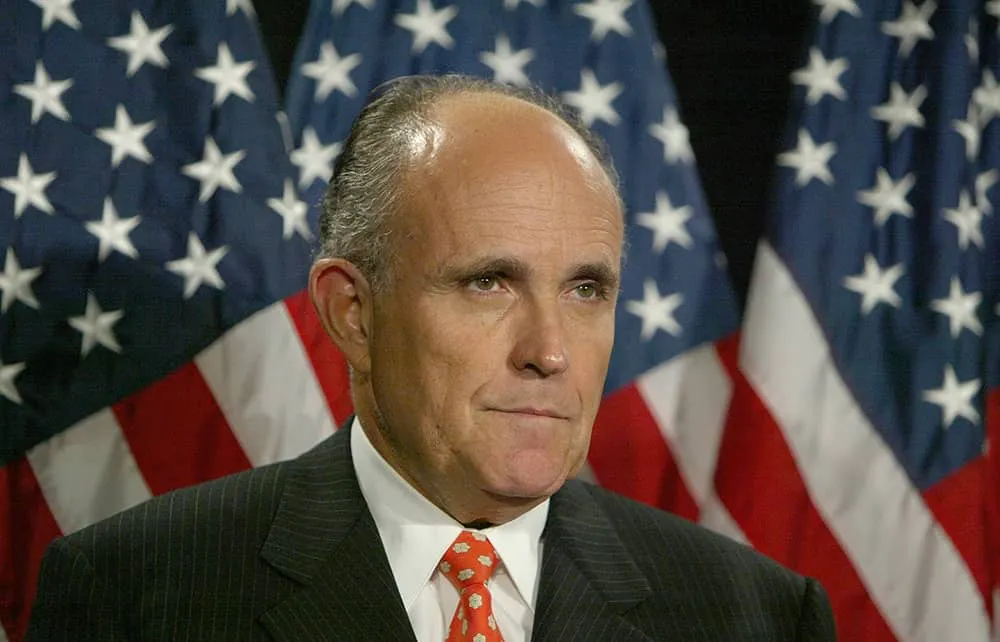 A character assassination of Rudy Giuliani 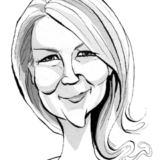