Keep your California out of my country music

The Country Music Awards revealed a genre in crisis 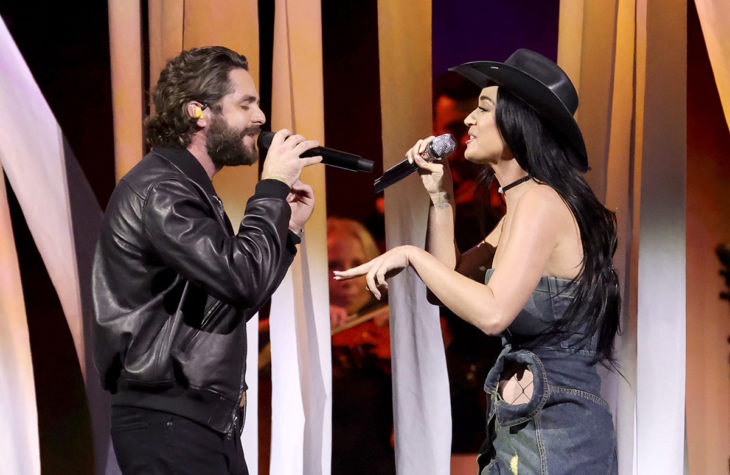 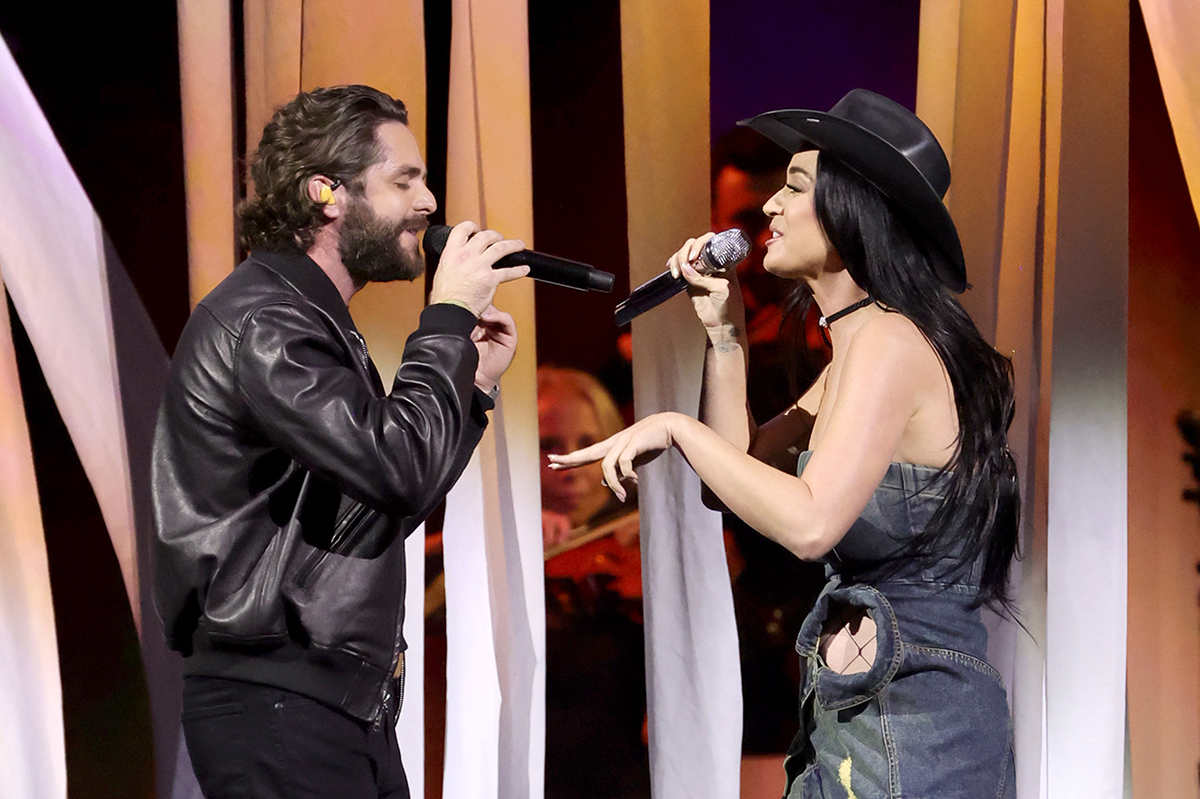 Keep your California out of my country music

Now, the features mentioned above are can’t-unsee elements of the awards show's red carpet. The show itself was slightly less awful because it was infused with throwback music, vintage artists and Peyton Manning. But without these saving graces resurrected from a bygone era, the CMAs, and mainstream country music...

Now, the features mentioned above are can’t-unsee elements of the awards show’s red carpet. The show itself was slightly less awful because it was infused with throwback music, vintage artists and Peyton Manning. But without these saving graces resurrected from a bygone era, the CMAs, and mainstream country music as a whole, would be almost entirely devoid of any character. Larger-than-life legend types — think George Jones, Merle Haggard, Tammy Wynette, the Hanks — with their distinctive voices, authentic twang and real, raw emotion are few and far between these days. And what is American culture without the music that celebrates its country folk and their way of life?

The pop-ification of country music is nothing new, but what the latest CMAs portrayed was something beyond some pop influencing. On show was a genre of music that’s lost its identity and is nearing the point of no return. The female performers, with their ridiculous hair extensions and over-the-top makeup looked like drag-queen versions of themselves. The excessive production, too, made “three chords and the truth” seem puritanical. I got the impression the people producing the show had never listened to country music before and never ventured outside their city limits. 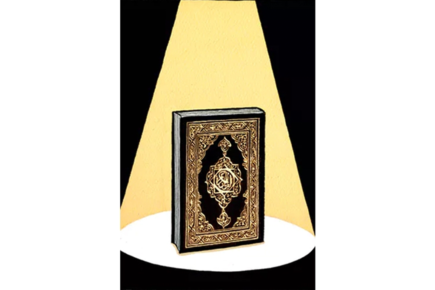 This is not to say there aren’t some authentic artists and there isn’t any talent left in country music. They can all sing (except Cole Swindell, whose staticky, monotone robot voice makes me wish for actual radio static). Lainey Wilson, Jon Pardi, Chris Stapleton, Morgan Wallen and Jackson Dean all have style.

Largely, though, I think wokeness — much of it spreading to Nashville from a huge influx of Californians — has been steadily leeching its poison into a world that was built by unpretentious characters simply singing honestly about rural life, its joys and heartaches. Country music has gotten off track and doesn’t know what to be, and the CMAs had this new identity crisis on full display.

Much like Nashville itself, which has gone from the capital of honkytonk to “the next Austin,” the CMAs have become increasingly about hip, “inclusive,” crossover performances and trite caricature versions of songs from when country was country. The CMAs’ attempts at nostalgia tunes (lots of Loretta Lynne hits) just showed how good country used to be and how far the genre has fallen. Perhaps most emblematically, this year, rather than burning down the house with a screaming steel guitar and accents so strong you need closed captioning, they included Katy Perry, the poppiest of all pop stars, further diluting a genre that’s halfway to pop as it is.

I assumed at first that Perry was invited to draw in viewers from all corners of the nation who, regardless of their background or geography, like looking at large breasts. But then, for whatever reason, Perry sang a duet with Thomas Rhett, though before the show, she “had no idea who he was.”

Perry has evolved from her “Ur So Gay” days to become an outspoken Hilary Clinton supporter and typical Hollywood “activist” type — everything that is contrary to what conventional, largely rural country music fans stand for. Perhaps her recent vote for Rick Caruso in the LA mayor’s race indicates her embrace of the genre’s politics. I’m not sure that merits the rolling out of the red carpet.

Just six years ago, fans protested a performance with Beyoncé and the Dixie Chicks because of their unpatriotic viewpoints. Today, the CMAs are rife with politically charged drama and representation from outside the country sphere. Someone named “Jelly Roll” wore a hangman’s costume — and his face tats, of course — on the red carpet with his wife, Bunnie Xo. And Maren Morris, who threw a fit when Brittany Aldean disagreed with her about gender reassignment surgeries for kids, made a social media show of not walking the CMAs’ red carpet. That told her!

Of course, just like anyone else, country music singers are entitled to their opinions. But we have to wonder: do these new Nashville glitterati have anything at all in common with the Wrangler-wearing, Walmart-shopping farmers and Baptists and hillbillies they are purported to be interpreting life for through music?

What’s more, to be woke is to avoid risk and censure and is in its essence contrary to being an outlaw. The themes of country music have traditionally been all about strong opinions, right and wrong, tough women, manly men, independence, and irreverence. Contemporary country artists, however, are, for the most part, afraid to sing the truth and be authentic, or else they don’t know how. Modern pop-country music is catchy (for two weeks, at least), but uninteresting. It doesn’t say anything.

Lacking an identity now, country music is floundering. The CMAs resort to melding more and more with pop music and shamelessly replaying hits and featuring artists from a time when country had soul: Wednesday’s CMAs featured a performance of Linda Ronstadt’s “When Will I Be Loved?” (released in 1974), a surprise appearance by Jo Dee Messina, who helped Cole Swindell sing a knockoff of her 1996 hit song, “Head’s Carolina, Tails California,” a collaboration with Patty Loveless (she was big in the Eighties and Nineties), and a long tribute to Alan Jackson (the best).

To be sure, honoring one’s history is great, but the CMAs overdo it because they don’t have much to celebrate now. With the exception of the retro honkytonk flavor of the “You’re Drunk, Go Home!” performance by Kelly Clarkson, Kelsea Ballerini and Carly Pearce, the modern elements of the CMAs were all hat and no cattle. Or more accurately, all Vegas-style pyrotechnics, distractingly tacky outfits and a country cartoon devoid of inspiration or memorable artistry.

It’s got to be hard to be creative when you’re worried about offending everyone, and hard to have an imagination when you’re shielded from the hardships of life in the comfort of your social media apps and THC gummies.

Amber Athey wrote for The Spectator about a movement of country singers who are breaking the mold and taking the genre back to its roots — and thank the Good Lord for that. I don’t think country music can survive any more insulting Katy Perry/Beyoncé/Bebe Rexha mash-ups that drag our beloved country music further and further from its rural home. Because if blue-collar America is ever to make a true comeback, it’ll need country music back by its side.