More Than a Woman by Caitlin Moran reviewed 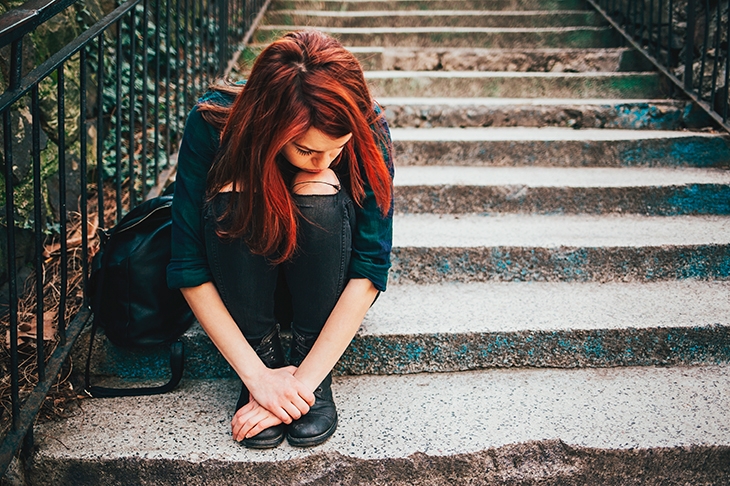 Christopher Hitchens once said that women just aren’t as funny as men and Caitlin Moran believed him. But that was many years ago — the great male essayist and orator has been dead for a decade — and Moran has matured into a bold, wise, middle-aged comedienne. When she was growing up in the 1980s, funny women such as Joan Rivers, Roseanne Barr and Victoria Wood ‘were rare and regarded as a freak of nature’. With retrospect, Moran realizes that ‘Hitchens and I were, respectively, too male, or too young to have ever been invited...

Christopher Hitchens once said that women just aren’t as funny as men and Caitlin Moran believed him. But that was many years ago — the great male essayist and orator has been dead for a decade — and Moran has matured into a bold, wise, middle-aged comedienne. When she was growing up in the 1980s, funny women such as Joan Rivers, Roseanne Barr and Victoria Wood ‘were rare and regarded as a freak of nature’. With retrospect, Moran realizes that ‘Hitchens and I were, respectively, too male, or too young to have ever been invited into a coven — of which there are millions across the world’.

Moran’s new book is dedicated to her coven, also known as Team Tits. A coven is a place:

‘…where middle-aged women withdraw from the world to be with those who have, like them, gone through abortion, death, miscarriage, nervous breakdowns, funerals, unemployment, poverty, fear, hospital appointments and broken hearts – where they sometimes weep and comfort each other, but more often make jokes so pitch black they can only be laughed at by a fellow Hag.’

If you are not currently a member of a coven, Moran hopes you will be soon, and in the meantime you can join hers.

Sex, of course, is a topic of interest within the coven: how can it be sustained inside a long-term relationship while cohabiting with young or teenage children? Moran describes scheduling ‘maintenance sex’ with her husband for the hour after the school bus has left. This led to ‘the Incident of 2009’, when one of her two daughters returned for a netball kit and heard the screamed injunction: ‘DON’T COME IN THE KITCHEN – WE’RE TRYING TO CATCH A RAT!’ Afterwards, ‘visual confirmation’ that the children were actually on the bus was required before ‘trouser time’.

Moran powerfully evokes the strains in a household where both parents are working:

‘If you and your partner have jobs, and children, then every day you are, essentially, both in trucks, on a road, laden with the day’s deadlines, driving them at each other. Whoever blinks first, and swerves off-road, is the one who will be looking after the children that day.’

In this situation, Moran explains, you really need to know that the guy in the truck coming towards you is:

‘…a good, sensible, altruistic person, who can realistically assess who is actually best positioned to swerve that day, and is rigorous about taking it in turns for who stays on the road, so that you might both not get fired.’

So do not marry or have children with a road-hog. Moran also strongly advises against becoming financially dependent on your partner: keep your career on the road if you possibly can, because one in three marriages ends in divorce, so ‘you’ll probably end up as a working mother anyway’.

More Than a Woman is a sequel to Moran’s feminist polemic How To Be a Woman, published to international acclaim 10 years ago. In 2010, Moran believed she had done the hard part of growing up, sexually experimenting, finding love, securing work and starting a family; she thought the next decade would be easier, because teenagers sleep late, make their own breakfast and use the bathroom without parental supervision. She was heartbreakingly, devastatingly wrong. You do not need to have personally supported a child through an eating disorder or other forms of self-harming behavior to value Moran’s life-affirming reports from the front line of absolute hell. Here she is describing the chronic (and shameful) crisis in child and adolescent mental health services throughout the UK:

‘The mental health unit is like a tiny rescue boat in a sea filled with drowning children. It is the ones who are repeatedly slipping under the waves — the ones who are minutes from death — whom they must attend to first.’

Which means that if your child is not actually close to death, just dropping a kilogram of body weight a week, or slicing their arms in the bathroom, or too depressed to leave the house, or unable to stop washing their hands, you and your child must form an orderly line and wait, perhaps a year or more, for help. ‘Why won’t they help me?’ Moran’s daughter sobbed at 2 a.m. ‘Help me. Help me. Help me. Help me.’ Words no parent in the deepest, darkest of nightmares ever wants to hear.

After three suicide attempts, Moran’s daughter made a full recovery. Emerging from years of crisis, Moran found herself in a period of peacefulness, feeling like a demobbed soldier or a former prime minister on a bus. From that place of calm and strength she revisits the question, what is feminism? She has no patience for ‘sisters eating sisters’ on hypervigilant social media. She is prepared to ask ‘What about the men?’ and to open the doors of her coven to them too. If men were more like women, more able to talk and support each other, that too would contribute to a better, more feminist world. Ultimately, Moran dreams of a worldwide Women’s Union: women will be cared for as they care for others, wear whatever they want, use botox if they choose to and save one another’s lives over and over again with peals of laughter, reassuring the next generation that being a woman is difficult, but also joyous, powerful and freeing.