How AI will destroy writing

There are multiple, complex, layered, interlinked algorithms in most writing 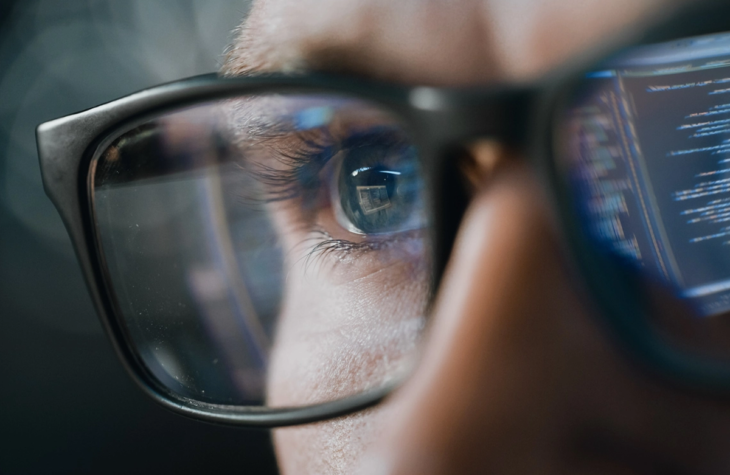 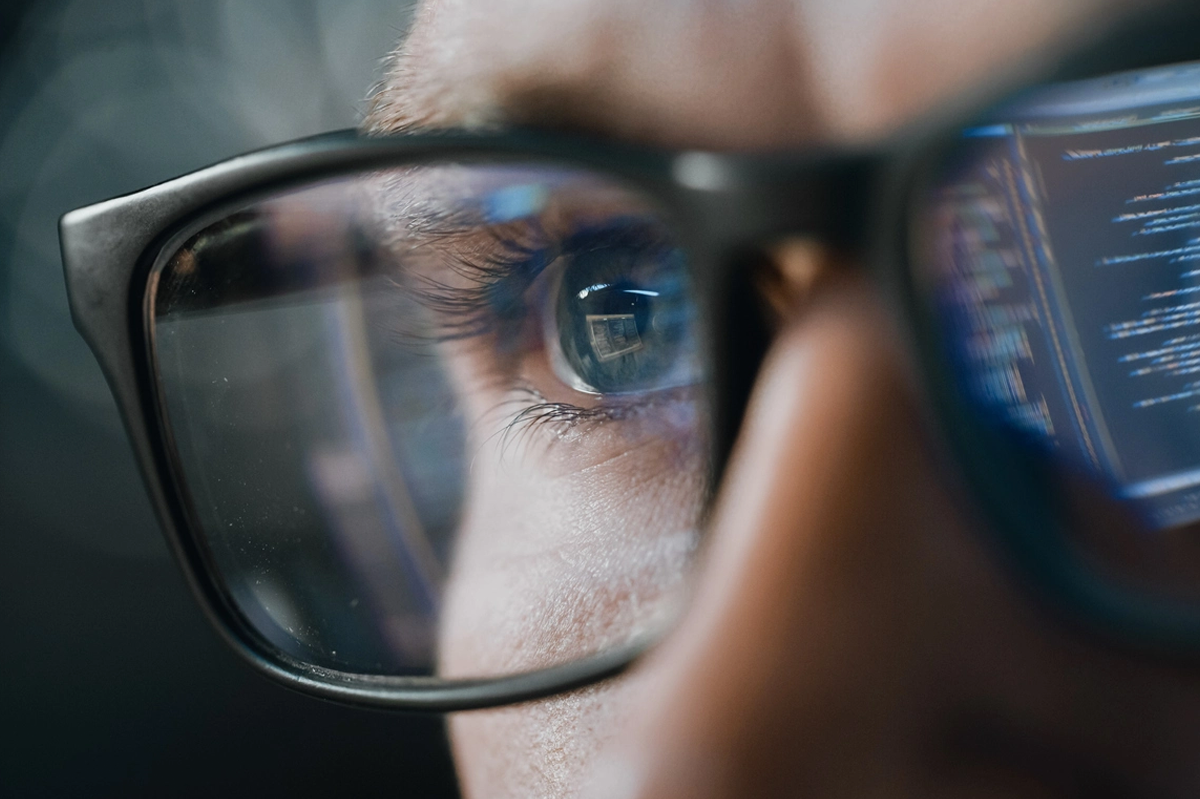 How AI will destroy writing

Unless you’ve been living under a snowdrift — with no cell service — for the past six months, you’ll have heard of the kerfuffle surrounding the new generations of artificial intelligence. Especially a voluble, dutiful, inexhaustible chatbot called ChatGPT, which has gone from zero users to several million in the two wild weeks since its inception.

Speculation about ChatGPT ranges from the curious, to the gloomy, to the seriously angry. Some have said it is the death of Google, because it is so good at providing answers to queries — from instant recipes comprising all the...

Unless you’ve been living under a snowdrift — with no cell service — for the past six months, you’ll have heard of the kerfuffle surrounding the new generations of artificial intelligence. Especially a voluble, dutiful, inexhaustible chatbot called ChatGPT, which has gone from zero users to several million in the two wild weeks since its inception.

Speculation about ChatGPT ranges from the curious, to the gloomy, to the seriously angry. Some have said it is the death of Google, because it is so good at providing answers to queries — from instant recipes comprising all the ingredients you have in your fridge right now (this is brilliant) to the definition of quantum physics in French (or Latin, or Armenian, or Punjabi, or — one memorable day for me — Sumerian).

Others go further and say ChatGPT and its inevitably smarter successors spell the instant death of traditional education. How can you send students home with assignments when, between puffs of quasi-legal weed, they can tell their laptop: “Hey, ChatGPT, write a good 1,000-word paper comparing the themes of Fleabag and Macbeth” — and two seconds later, voila? Teachers and lecturers, like a thousand other white-collar professions, are about to be impacted, in bewildering ways, by the thinking machines. 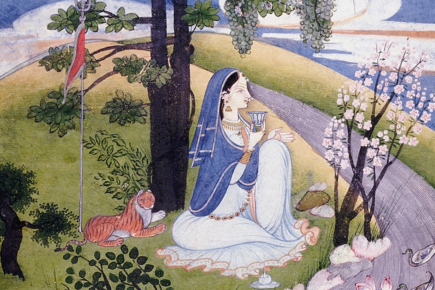 It’s at this point that the usual essay on ChatGPT points towards something consoling. Something like “Ah, but do not despair, humans will always yada yada.” I’m afraid I am not here to offer any such solace. I’ve done writing of all kinds for several decades, from travel journalism to art journalism to political journalism, from literary fiction to youthful memoirs to notorious-letters-to-No-10 to Fifty Shades porn (a pseudonym) to, lately, religious or domestic thrillers. And I have to say: we are screwed. By which I mean: we, the writers. We’re screwed. Writing is over. That’s it. It’s time to pack away your quill, your biro, and your shiny iPad: the computers will soon be here to do it better.

Here are the reasons for my ultra-gloom. All writing is an algorithm. As in: all writing is “a process or set of rules to be followed in calculations or other problem-solving operations.” The fundamental problem to be solved in writing is how to impart information in the form of words.

Computers are good at algorithms. It’s their thing. That means that, given enough data to train on (e.g. all the words ever written on the internet) computers can get really good at running the algos of language. As we can see with ChatGPT. Especially as AI is a dab hand at algorithmic autocomplete: predicting what words should usually follow from words already given.

For an example take poetry. In its simplest form this is:

The algorithms at work here determine language, meaning, meter, rhyme and syntax. So it’s not quite as simple as it looks (you could argue this verse has a simplistic genius, as it is so easy to remember). ChatGPT can already do this. To get the following response I asked for “a short funny poem about Harry and Meghan, making one of them a cat”:

Harry had a little cat
Whose name was Meghan, how about that?
She was fluffy, full of sass
And loved to sit on Harry’s lap

I got plenty of more boring responses with perfect rhymes but this one was slightly amusing. Also, later on in this poem the chatbot rhymed Meghan with “shenanigan,” which is top class.

ChatGPT can therefore do simple poetry, and do it quite well. How about the other end of things? High art? Some of the most complexly beautiful poetry ever written in English is by the Victorian poet Gerard Manley Hopkins, who played with abstruse verse forms like cynghanedd — once described as “the sparks thrown up by the wheels of Welsh.” Cynghanedd is a demanding style, using repeated consonants and particular stress patterns. Here is mid-season Hopkins on the job (from “The Sea and the Skylark’):

Left hand, off land, I hear the lark ascend,
His rash-fresh re-winded new-skeinèd score
In crisps of curl off wild winch whirl, and pour
And pelt music, till none’s to spill nor spend.

ChatGPT is not about to produce anything quite that good. Not yet. However, there is absolutely no reason why a successor of ChatGPT should not. The machines will do this. Because Hopkins was also following algorithms, some of them formal — like cynghanedd — some more informal and in his head: avoid cliché, make new comparisons, chuck in a strained metaphor about God.

Indeed, even as I have been writing this article, a new AI chatbot has emerged which is persuasively talented at mimicking and adapting famous poetry. The chatbot is called “Claude” and in one example it was asked to write a poem about itself, and the impact of machine intelligence — but to do it in the style of Edgar Allan Poe’s “The Raven.” Here’s one sample couplet:

‘Mortal,’ said the sprite, ‘be wary; shallow learning is unwary;
Heed the perils of reliance on machin’ry’s mere compliance.’

Note how the AI knew to drop the “e” in ‘machinery’ to keep to the meter. You can see the rest of this astonishing poetry here.

Now read across to my profession: mystery/thriller writing. I know this craft is all about algorithms, because I’ve learned this on the job (what works, what doesn’t) and I have read all the books about classic storytelling (Screenplay, by Syd Field, is maybe the best). These algorithms surround narrative pattern: beginning-middle-end, but there are also rules about the identification of heroes/villains, the disclosure of concealed information, variations of pace and drama, and so on. All algos — and all do-able by machine. And this applies to the apex of the genre: Agatha Christie’s And Then There Were None is one of the best-selling books in history. Because it is a deeply satisfying, brilliantly constructed puzzle. A mathematical puzzle.

Putting on my pointy hat of pessimism, here’s how I think it will pan out. The machines will come for much academic work first — essays, PhDs, boring scholarly texts (unsurprisingly it can churn these out right now). Fanfic is instantly doomed, as are self-published novels. Next will be low-level journalism, copywriting, marketing, legalese, tech writing; then high-level journalism will go, along with genre fiction, history, biography, screenplays, TV drama, drama, until eventually a computer will be able to write something like Ulysses, only better. The only prompt will be “write a long amazing novel on whatever.”

Will any writers survive? A few human brand-names might be used to promote expensive fiction written by the machines. Memoir and travel writing might be OK (aha!) because computers can’t go to war, get addicted or sip excellent mojitos in the Maldives. Perhaps there will be a genre of resistance literature, stuff that’s not as good as the machine stuff but has a radical emotional value, because it is ours, because it has survived. We still buy rough artisanal pottery, and admire wobbly vernacular architecture, because of the deep human emotions embodied.

But this is seriously niche. For the rest of us, the verdict is bad, sad and terminal. Five thousand years of the written human word, and 500 years of people making a life, a career and even fame out of those same human words, are quite abruptly coming to an end.