Woody Allen, in his own words

Apropos of Nothing by Woody Allen reviewed 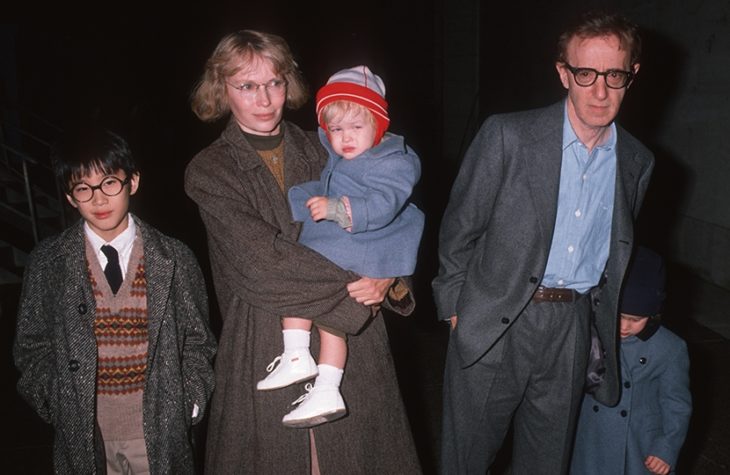 Woody Allen, in his own words

It’s been tough recently being Woody Allen, something that didn’t look too easy to begin with. Last year Amazon breached his four-film contract, preferring to settle out of court. Actors have lodged their public regret at working with him. He is one of Hollywood’s notable sinking stars. In March, following a demonstration by staff, Hachette pulped this book. ‘Everybody should take responsibility for their actions,’ one protesting employee told the Guardian — anonymously, and apparently without irony. The New York Times called him ‘a monster’. And if you think that’s social rock bottom, in 2016 the Clinton campaign...

It’s been tough recently being Woody Allen, something that didn’t look too easy to begin with. Last year Amazon breached his four-film contract, preferring to settle out of court. Actors have lodged their public regret at working with him. He is one of Hollywood’s notable sinking stars. In March, following a demonstration by staff, Hachette pulped this book. ‘Everybody should take responsibility for their actions,’ one protesting employee told the Guardian — anonymously, and apparently without irony. The New York Times called him ‘a monster’. And if you think that’s social rock bottom, in 2016 the Clinton campaign refused his donation. Imagine that: money so tainted that not even the Clintons will bank it. That’s the basement level below rock bottom.

What is curious about Allen’s partial blacklisting is that it isn’t a response to some recent unanswerable development in the case against him. Rather it seems to express the more summary verdict of a culture impatient with moral uncertainty and suspicious of the formal procedure of the law. The publicly available evidence remains much the same as in 1992 when, in the crossfire of a bitter child-custody suit, Mia Farrow accused Allen of molesting their seven-year-old adopted daughter Dylan. No charges were brought against Allen; he submitted to a lie-detector test (Farrow did not) and a six-month criminal investigation found no evidence of abuse by Allen and that Dylan’s testimony had a ‘rehearsed quality’. To date, two of Farrow’s children support the argument which Allen develops in this book, that the allegations were a fabrication, part of Farrow’s ‘Ahab-like quest for revenge’. He writes:

In Apropos of Nothing, the reader senses that even Woody Allen — who always had such a vivid appreciation of his own persecution at the hands of the universe, such well-exercised imaginative paranoia and capacity for cynicism — is a little dizzied by fortune’s extreme turns. ‘There’s a monument honoring me in Konigsberg these days,’ he recalls, ‘unless it was pulled down by irate citizens with a rope, like Saddam Hussein’s.’ He is like one of his protagonists, for whom the substance of life is crisis.

How does one turn out like Woody Allen? Did they break the mould, or was he perhaps damaged in transit? Despite ‘having two loving parents’ he ‘grew up surprisingly neurotic’. Of course, his mother, presciently it turns out, delivered regular lessons in rough justice, hitting him ‘every day at least once’ (‘Maybe I don’t know what you did to deserve it, but you do’). His childhood reveals cues to the films. The squabbling, mismatched parents whose arguments ‘stopped just short of exchanging gunfire’; the school for ‘backward teachers’; the allure of jazz and the heaving city.

He remembers ‘breaking away from [his] mother at some Disney film to try and run down the aisle to touch the screen’; he is Mia Farrow in The Purple Rose of Cairo. ‘I have always despised reality, and lusted after magic’ — ‘Hollywood with its patriotic morality and miraculous endings’. His ‘biggest regret’, he says at the end of the book, is that despite a career’s worth of opportunity he has ‘never made a great film’.

His auteur image is a case of mistaken identity. He is not an intellectual, not even well-read:

‘Reading was always competing with sports, movies, jazz, card tricks, and just plain not reading because the print looked too dense. I still am taken aback at the cruel spacing of The Magic Mountain.’

Nor is he overly sentimental about his own work. Of the 1967 Casino Royale — ‘one of the worst, dumbest wastes of celluloid in film history’; What’s Up Tiger Lily – ‘I sued to get my name off’; Shadows and Fog –

‘the marketing tests showed it did not appeal to homo sapiens…not wanting to throw good money after bad, Orion opted for a limited ad campaign comprised of a few discreet curb stencils.’

Still, if you’d bet on him from day one ‘you’d be ahead. Not way ahead but enough to buy that fishing rod you’ve always wanted.’

Apropos is a funny book, both ha-ha and peculiar. But then Allen, when he is funny, is peerlessly funny. I suppose if you are already committed to hating him, it won’t make you laugh, but then, the question remains, what will? Tonally, for sure, it is what is referred to as a mixed bag, veering between casual anecdote — ‘We brunched at the Élysée Palace. I was so nervous I forgot to bring my joy buzzer’ — and Allen’s lengthy attempt to clear his name of child molestation. Farrow is depicted as an unbalanced, vindictive woman, physically and psychologically abusive towards her adopted children, whom she collected like ‘new toys’ and later brainwashed into hating Allen.

This subplot of alleged abuse, Allen writes, is one that her son, the #MeToo frontman Ronan Farrow, has attempted to suppress. ‘He is fine with women speaking the truth as long as it’s Mom’s version of the truth.’As with all intrafamilial warring, the tangle of accusation and innuendo makes for an unseemly and absorbing spectacle, though perhaps not one that moves us beyond agnosticism on the most serious questions.

Woody Allen is, of course, a figure of singular cultural stature, and his odd memoir would be of interest for that reason if no other. As in the films, so on the page, few people are so verifiably, inescapably themselves; that alone — the elaboration of a sensibility to its fullest extent — seems to constitute a kind of aesthetic achievement, one preserved in his work, the triumphs and failures alike. Not that he cares for a legacy. ‘Rather than live on in the hearts and mind of the public, I prefer to live on in my apartment.’