How Stacey Abrams blew it

She’s been running a national campaign for four years. Why is it backfiring? 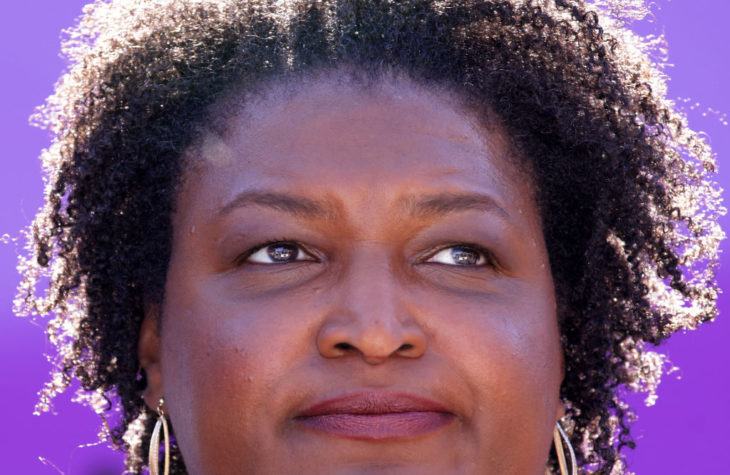 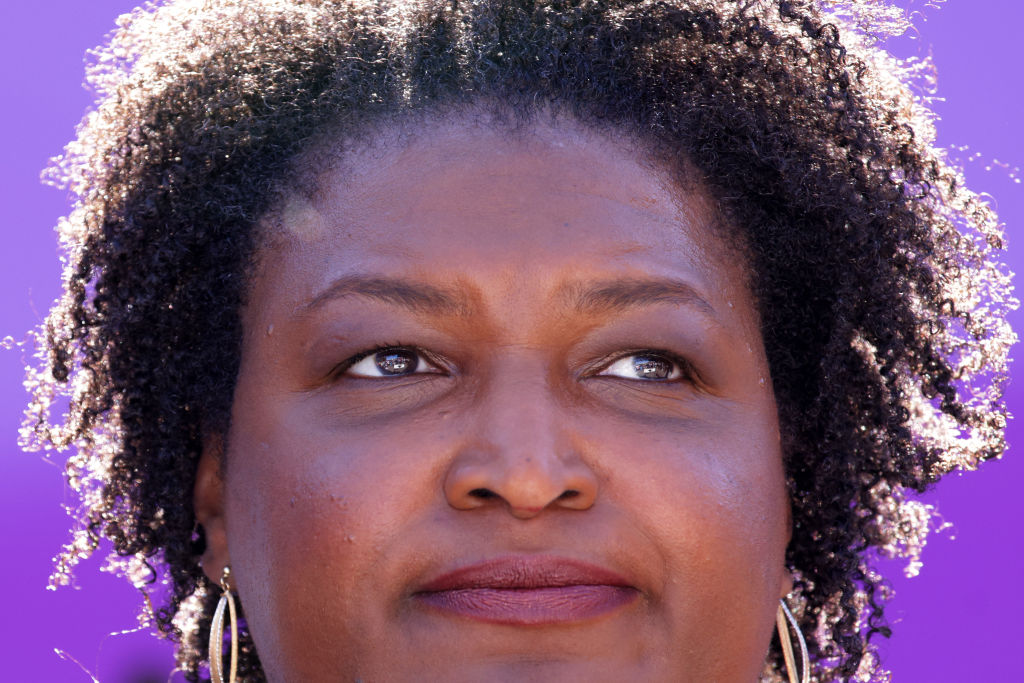 How Stacey Abrams blew it

Atlanta, Georgia
“Ms. Abrams, public opinion polls in our state show support for the right to abortion, Medicaid expansion and banning assault weapons. You are on the side of public opinion on each of these issues, yet you are behind in almost every poll. Why?”

Conservatives snorted at veteran Georgia newsman Chuck Williams when, in his decidedly Appalachian tones, he asked that as his opening question during Stacey Abrams’s first debate with Brian Kemp. Many on Twitter considered it the ultimate softball: why don’t voters like you as much as us journalists, Ms. Abrams? You’re so great!

“Ms. Abrams, public opinion polls in our state show support for the right to abortion, Medicaid expansion and banning assault weapons. You are on the side of public opinion on each of these issues, yet you are behind in almost every poll. Why?”

Conservatives snorted at veteran Georgia newsman Chuck Williams when, in his decidedly Appalachian tones, he asked that as his opening question during Stacey Abrams’s first debate with Brian Kemp. Many on Twitter considered it the ultimate softball: why don’t voters like you as much as us journalists, Ms. Abrams? You’re so great!

I didn’t see it that way — Williams’s question could be read as a damning indictment of Abrams’s fortunes in the years since she first stood for the Georgia governorship.

A lot has changed between now and 2018, when Abrams last took on Kemp — for both candidates and the Peach State itself. Back then, their race was too close to call. Kemp ended up winning the governor’s mansion by just shy of 55,000 votes, in Georgia’s closest gubernatorial contest since 1966. Abrams refused to accept the legitimacy of the result.

In the time since, we’ve seen court challenges, fawning talk-show appearances, State of the Union rebuttals, glowing national magazine profiles, new grassroots voting organizations, a change in president and both Georgia senators, attempts to overturn a presidential election, a global pandemic, an overreaction to a global pandemic and a Star Trek cameo. All of those factors combined to bring us up to the present day, when Brian Kemp holds a substantial lead over his old rival. Some polls have it at double digits.

But, as Chuck Williams pointed out, Georgians agree with Abrams on a number of key policy areas. They know who she is. So why don’t they like her anymore?

“I do not believe it’s because of a deep well of enthusiasm for my opponent,” Abrams told Ali Velshi on MSNBC this weekend. “Unfortunately this year black men have been a very targeted population for misinformation.” Of course. It’s the children who are wrong.

Abrams’s narrow 2018 loss catapulted her to Democratic superstardom. Her refusal to concede and subsequent critique of her state’s electoral system, which had been overseen by Kemp in his previous role as Georgia’s secretary of state, served as the launchpad for her role in national politics.

Her party and its allies jumped on the chance. Abrams delivered the Democrats’ response to Donald Trump’s 2019 State of the Union address, with the main theme of ensuring that every vote counts and that elections are fair — the implication being that hers wasn’t. In what apparently passes for “cosmic justice” these days, Abrams played the president of a “United Earth” in an episode of Star Trek: Discovery in March 2022.

When white male Joe Biden pledged to pick a woman of color as his running mate, Abrams dropped subtle hints that she was available for consideration. “Abrams has made it no secret that she is very open to a place next to Biden on the Democratic ticket,” a gushing May 2020 Washington Post profile pointed out. “Why Stacey Abrams would like to be vice president,” a Jelani Cobb piece in the New Yorker announced the same month.

She became a regular fixture on the late-night talk show circuit, first with The Late Show with Stephen Colbert to promote her book Lead from the Outside in 2019. In her November 2020 appearance on the same show, Colbert introduced her as “the star of the Democratic Party whose get-out-the-vote efforts have transformed the state of Georgia.”

If all of this seems to converge into a messy, heavy-handed attempt to foist a box-ticking political candidate onto an unenthused electorate… well, how familiar are you with the Democrats post-Obama?

But attempts to nationalize local races have consequences. Many Georgians now tie Abrams to the president she aggressively auditioned to serve. “Now that Biden is president, Abrams’s popularity in a swing state like Georgia is down considerably, which may be different had President Trump won re-election,” a political insider in the state told me.

Nationwide, voters appear to be gearing up to punish the Democrats for the state of the post-pandemic economy, inflation and being weak on crime. Abrams has not covered herself in glory in how she’s faced down these issues: one wince-inducing moment from her last debate saw her describe police chiefs who’d endorsed Kemp as “good ol’ boys” and “107 sheriffs who want to be able to take black people off the streets, who want to be able to go without accountability.”

Biden has not been to Georgia this cycle, though the ever-loyal Abrams said she’d welcome his visit (apparently he was too busy in real swing states such as New York and Oregon). In contrast, Senator Reverend Raphael Warnock has sought to keep the Biden administration at arm’s length during his campaign appearances — it’s probably no coincidence that his race with Herschel Walker is much closer than Kemp vs Abrams.

Abrams’s connections to the Biden administration are particularly helpful to her opponent when Kemp is talking up his pandemic response. Under his governorship, Georgia was the first to reopen and escape the worst effects of lockdown. As they cast their votes this fall, a number of Georgians will be asking themselves how their state would have reacted to Covid if Abrams had won in 2018. The image of the wannabe governor sat barefaced in front of a classroom of masked elementary schoolers is likely lingering in their minds.

“Georgians’ opinions of Abrams have only gotten worse as Stacey continues to put her political weight behind poor decisions,” a local GOP operative tells me. “Defunding the police was a stupid movement that led to obvious outcomes… wanting to stay closed versus opening up… backing weak attempts to characterize Kemp’s election security measures and expanded voting opportunities as ‘suppression.’ All her terrible choices make her look dumb at best, vindictive at worst. You don’t need to be a Republican to see how Kemp made great decisions and Stacey backed poor ones.”

Biden, of course, was just one side of the 2020 election. Trump is not on the ballot this time around — which is a boon to Georgia Republicans, considering his lackluster efforts to help Senators David Perdue and Kelly Loeffler in their runoffs. The former president gave a half-hearted endorsement of Kemp during a rally in Ohio on Monday night, but has otherwise steered well clear of the Georgia governor’s race.

Trump’s relative absence makes life easier for Kemp and incumbent secretary of state Brad Raffensperger, both of whom stood fast against the 45th president’s efforts to interfere in the 2020 results. Biden and his acolytes have spoken a lot about how “democracy is at stake” this election. Another popular Democratic trope has been to decry “election-deniers” running as GOP candidates. Both of these arguments fall flat in Georgia. Kemp and Raffensperger stood up for democracy two years ago — and Abrams’s 2018 refusal to concede has seen her identified as one of America’s most prominent “election-deniers.” The prominence is largely her own fault.

Then consider the Republican response to the Democrats’ grassroots success in 2020 and the subsequent runoff. National attention on Abrams and Georgia was followed by national money. Millions of dollars from donors such as Michael Bloomberg and Reid Hoffman poured into Abrams’s Fair Fight Action, which played an integral role in the victories of Biden and Senators Raphael Warnock and Jon Ossoff. How did the GOP react?

“Greater Georgia, founded by Kelly Loeffler, has come in to balance the voter registration drive of Fair Fight,” the Georgia political insider says. “It has cut the Democrats’ edge by a lot.”

Stacey Abrams became a star by sounding a clarion call announcing that the votes of many Georgians were being suppressed. She kicked up enough of a fuss over Brian Kemp’s Election Integrity Act of 2021 that Major League Baseball decided to relocate its All-Star Game from Georgia to Colorado, a state with two fewer days of early voting. A press release this weekend from Secretary Raffensperger’s office indicated that over 2.5 million Georgians had already voted, a midterms record almost on a par with the 2020 presidential election.

“I’ve been pushing back election-deniers after the 2018 race and the 2020 race,” Raffensperger told me last month. “I’ve taken a lot of flak from both sides because of that, and I’ll continue to do that. We have honest and fair elections in Georgia.”

An Obama-appointed judge seemed to agree, when in September he ruled in Fair Fight Action v. Raffensperger that “although Georgia’s election system is not perfect, the challenged practices violate neither the Constitution nor the VRA.” Abrams’s group filed that suit in the wake of her 2018 loss. Given her likely margin of defeat on Tuesday, it’s fair to wonder whether they’ll choose to save the paper this time around. 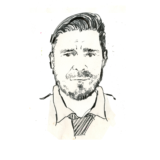