Gay rights have been subsumed by social Marxism 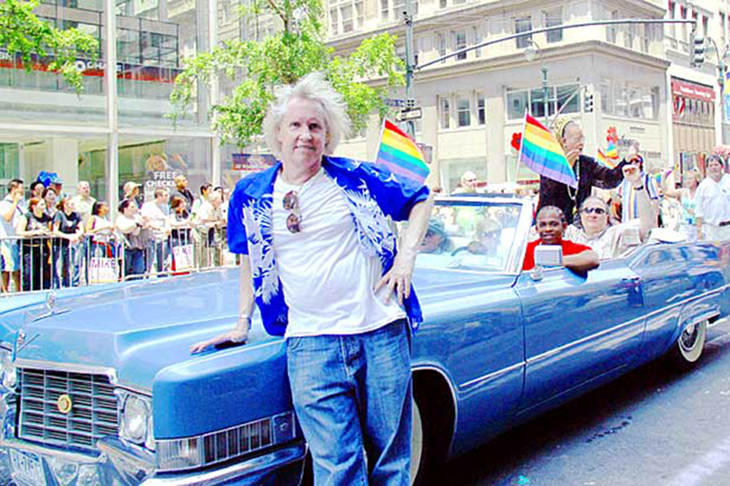 Everything you know about gay history is a lie. The history of homosexuality is constantly in flux, rewritten by whoever is in power at the time. There’s no guarantee the stories we tell ourselves today will still be true in five years. Naturally, transgender women of color hurled the first bricks at Stonewall, the uprising outside of a gay bar in 1969 that sparked the modern gay rights movement. Except they didn’t. This little bit of historical revisionism appeared about 10 years ago and has been completely digested as fact by the entirety of the...

Everything you know about gay history is a lie. The history of homosexuality is constantly in flux, rewritten by whoever is in power at the time. There’s no guarantee the stories we tell ourselves today will still be true in five years. Naturally, transgender women of color hurled the first bricks at Stonewall, the uprising outside of a gay bar in 1969 that sparked the modern gay rights movement. Except they didn’t. This little bit of historical revisionism appeared about 10 years ago and has been completely digested as fact by the entirety of the LGBT Industrial Complex, for one simple reason: LGBTQAI+ is no longer interested in gay individuals, or equality, but has been transformed into yet another vehicle of social Marxism, their specific target being to confuse and chip away at norms surrounding gender, sexuality, and relationships.

To drive their new, fake narrative home, Big Gay deified two non-white, self-identified ‘cross-dressers’ who were regular fixtures around the gay scene at the time, Silvia Rivera and Marsha P. Johnson. I didn’t need to unearth the video interview with Silvia Rivera where he admits he wasn’t at Stonewall when it started. And I didn’t need to look at all the historical accounts that show Marsha Johnson was passed out on heroin, 30 blocks north in Bryant Park, when it happened and arrived at the scene two hours later. My friend Willson Henderson told me all that.

‘Silvia Rivera stunk so bad, we used to call her Skunk Rivera,’ Willson says to me over martinis at a restaurant just up the street from the Stonewall where, on the weekend of June 28, 1969, he was among the 22 people arrested during the uprising. ‘Last year when the mayor’s wife said something about “whitewashing” Stonewall, I’ve never in 50 years heard of such a thing. Stonewall was a white, gay club. Next they’re going to say the Founding Fathers were black trannies in white face,’ he says.

Willson, who as a matter of personal policy won’t give his age, can tell you every song that was on the jukebox at the Stonewall Inn. He is living history: a snarky old queen with a ruffle of feathery grey hair and always decked out in jewels. You’d expect him to be lauded as one of the gay community’s most celebrated and beloved elder statesman, not only for his role in the historic event, but that he’s simply such a character, embodying all the irreverence and grit that not too long ago defined gay icons. Today, we’re mostly left with chubby man-boys like Chasten Buttigieg or Ross Matthews or squeaky-clean, corporatized gender wizards like Queer Eye’s Jonathan Van Ness. But most people have never heard of Willson Henderson for one reason: he’s an independent voter who has supported Republicans in the past.

‘Back in the Stonewall years no one cared if you were Democrat or Republican. If you asked someone how they voted they would have looked at you like you were crazy,’ he says. Had Pride celebrations across the country not been banned due to COVID-19 — to the chagrin of many homosexuals watching Black Lives Matter marches ensnarl entire cities unchecked — you would have caught Willson at the head of New York’s parade. Each year the group he runs, the STONEWALL Rebellion Veterans Association, leads the festivities in the club’s blue 1969 Cadillac convertible, which was impounded by police during the Stonewall rebellion in 1969. But for years liberal journalists in both the gay and mainstream press have attempted to cancel Willson, unsuccessfully, by smearing him as a fraud and liar.

In 2001, after spending years publicly supporting Rudy Giuliani for mayor, and being invited by the mayor to Gracie Mansion, and later supporting Mike Bloomberg, gay weekly newspaper LGNY, now called Gay City News, ran a cover story accusing Henderson of ‘stealing Stonewall’. New York magazine said he’s an agent of ‘Stonewall revisionism’. Of his 2004 book Stonewall, author David Carter says, ‘I’ve found no evidence that leads me to conclude that Henderson was arrested on the first night of the riots.’ The Stonewall Vets lead the 100,000 person Pride march in New York to uproarious cheers each year in their blue 1969 Cadillac convertible. Yet now the gay press sneeringly calls them the ‘so-called Stonewall vets’.

In 2015, Gay City News was at it again, claiming Willson had ‘persistent luck in selling a Stonewall tale’. Four years later, the paper repeated the accusations. Willson, who is the subject of a forthcoming documentary, Inside Stonewall, is now suing the parent company of Gay City News, Schneps Media, for libel, defamation and loss of revenue.

Willson shows me a New York Police Department mugshot taken in the late 1960s or early 1970s. The mugshot is him, alright, with the same unmistakable boyish features. But there’s no date on the photo, no precinct, no documentation that places him precisely at Stonewall that night. But unlike Rivera and Johnson, there’s no evidence Willson wasn’t there, either. In half a century, for unknown reasons, only six names of those arrested have been released. At least two of the six are suspected to be pseudonyms. Journalists won’t deny Willson’s story remains consistent for 51 years. And they’ll concede he knows more about Stonewall than anyone alive. 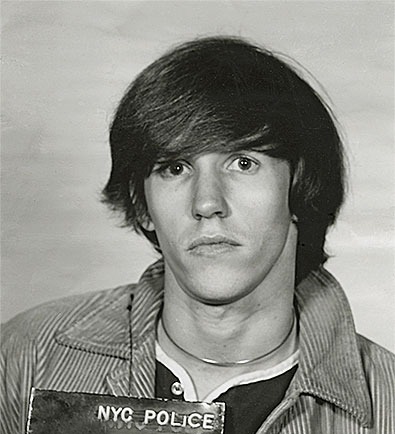 A mugshot of Willson Henderson

If he had to guess when everything changed, he points to the 25th anniversary of Stonewall in June 1994. 100,000 people, by conservative estimates, gathered in New York’s Central Park for a festival and commemoration. ‘Democrat politicians came, they saw that crowd, those numbers and the power of this movement, how much support we had, and they saw a voting block,’ Willson says.

The narrative of Stonewall has also skewed heavily toward today’s progressive cop-hatred, into a story of poor gays being harassed by the oppressive NYPD when, in fact, the reason for the raid had more to do with Stonewall being a mob joint than that homosexuals hung out there. Gay historians today seem to care more about the politics of identity than what actually happened, so historical fact gets tossed aside for propaganda. Academics, activists, and politicians, working in tandem with both fringe and mainstream media, are happy to submit to whatever fictions are in vogue, believing they are agents of some greater good.

Even the building itself is a lie. Tourists today stopping by the Stonewall Inn at 53 Christopher Street aren’t aware this isn’t even where the raid took place. 53 Christopher is a hackneyed, run-of-the-mill joint, reopened and refurbished in the 1990s with wood-paneled columns and bric-a-brac adorning the walls. It looks more like a gay Applebee’s than a National Historic Monument, a designation granted by President Obama in 2016. The actual raid took place next door which, as I write this, sits as an abandoned nail salon with a For Rent sign in the window.

‘Hundreds of gay people — many of them runaways too gender-nonconforming to pass for straight — fought back against the cops,’ New York magazine writer Tim Murphy, who wasn’t born yet, wrote about that night in 1969. There were no ‘gender-nonconforming’ people at Stonewall; the term didn’t exist until the new millennium. Same with ‘transgender’. There were no drag queens and no transsexuals frequenting the club. Of the 22 people arrested those nights, by historical accounts, 21 were white gay men. The other was a woman who passed by on the street and joined the melée. She wasn’t in the bar, according to Willson. The 2015 feature film Stonewall, despite bending over to diversity demands and putting trans women of color front and center, still got lambasted in the gay press and boycotted by activists because the protagonist was a white gay man. The film flopped.

It is not only gay history under assault but the very definition of what it means to be gay, and LGBT conservatives and liberals are equally guilty. Neither appear to tolerate nuance very well. Both swallow whole cloth the belief that sexual preference is an immutable trait lurking about somewhere in the human genome. But if you told Oscar Wilde, Quentin Crisp, Freddie Mercury, or Plato that being gay is no different from being black, or a woman, or having blue eyes, they’d be confused.

A few years back as a magazine writer I noticed things started to change. I was the most prolific long-form journalist in gay media during my years as editor-at-large for Out and the Advocate. I traveled around the nation and the world. I liked gay history and profiling grisly old fags like Willson. I avoided politics — it didn’t interest me — but around the office politics became unavoidable. Suddenly, white gay men were the enemy of the gay press. Editors were sneaking words like ‘cisgender’ into my copy without permission. I was pressured to include voices in stories that had nothing to do with the topic but ticked certain identity boxes. On the ground in Orlando following the Pulse nightclub terrorist attack, I was instructed to ignore radical Islam and focus on gun control. Following the murder of a gay publisher, I lobbied for months to go to Bangladesh to report on an underground gay rights movement in a dangerous Muslim nation, something the world’s largest gay magazines ought to be interested in. The pitch was consistently rejected while reports about imagined hatred from American Christians proliferated in our pages.

I kept my nose down, focused on my work, enjoyed a rich life with hilarious friends. I didn’t notice the ugly war being waged around me until I became one of its casualties. When I began asking too many questions, and calling out too many lies, my career in gay media was abruptly terminated.

I still believe in truth. The LGBT movement is no longer about equal rights, but a civilization in flux. In just 50 years, homosexuals have gone from being oppressed to pedestaled and now, by many metrics, to the top of the food chain in American society. They dominate culture. They outperform and out earn their straight counterparts. They now can marry. Their struggle ended and left a vast, affluent, and well-oiled machine without direction or an operator. That apparatus fell into the hands of a new political force that has abandoned the individuals it purported to represent. The battle for equal rights is over but the push for radical transformation has just begun. Unchecked, Big Gay is on course to do irreparable damage to society at large. 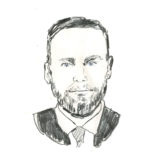