In 2020, the best is marked for oblivion 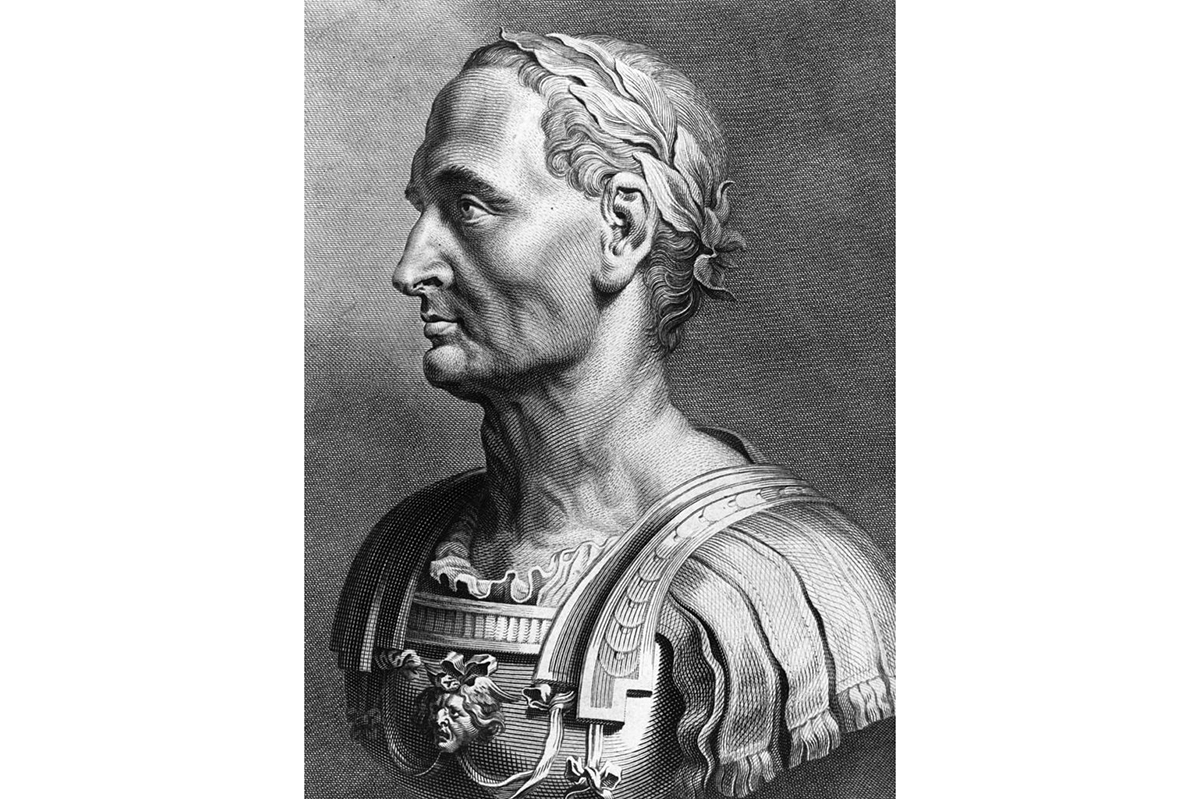 Circa 10 AD, Bust of the Roman general and statesman Gaius Julius Caesar, (102 – 44 BC). As a general he ranks among the greatest in history; as orator, second only to Cicero. He was succeeded by his adopted son Octavianus (as Emperor Augustus). Original Artwork: Draw (Photo by Hulton Archive/Getty Images)

In 2020, the best is marked for oblivion

Laramie, Wyoming
The year 2020 is upon us, and there is talk of another Roaring Twenties in the offing. It may indeed be so. An honest man will add that roaring of another kind has been heard for a good half-century now, and that is the sound of all those works of our civilization that are beautiful and true pouring in cataracts over a Niagaran precipice into bottomless depths below.

Only the Higher Powers know for certain, but it seems likely that the present generation of writers, thinkers and artists is the first in the history...

The year 2020 is upon us, and there is talk of another Roaring Twenties in the offing. It may indeed be so. An honest man will add that roaring of another kind has been heard for a good half-century now, and that is the sound of all those works of our civilization that are beautiful and true pouring in cataracts over a Niagaran precipice into bottomless depths below.

Only the Higher Powers know for certain, but it seems likely that the present generation of writers, thinkers and artists is the first in the history of civilization to find itself confronted by the dire prospect that its intellectual labors, regardless of their excellence in conception and execution, must die with it, and even before it.

‘Oh to have lived and worked a century ago!’ the more aware (and envious) of our so-called creative minds might lament, pitying themselves and their work. Alas! The destruction, its depredations reaching back to the earliest fruits of human endeavor, will be far more extensive and inclusive than they imagine. It shall, indeed, amount to the near-complete erasure of all cultural, artistic and intellectual accomplishment since the early cave dwellers concocted dyes from berries and fabricated brushes from sticks, the fur of animals and dead grasses.

Leaping forward a few millennia to our more (or less) civilized era, we ask: who reads Plato and Cicero any longer, besides sterile academics with brains salted as heavily as the ground of Carthage, writing unreadable articles for people who don’t read them, or cannot read at all? Or Pindar and Dante? Chaucer and Cervantes? Advancing still further to the 20th century, who reads the work of Faulkner, Fitzgerald, Hemingway, Graham Greene or Edward Abbey, or even remembers these men? Flannery O’Connor appears barely alive today, despite her untimely death at the age of 39 in 1964, due mainly to the efforts of appreciative conservative Catholic readers and uncomprehending feminist ones. And we are speaking only of literature here. What of the plastic arts? What of music?

The intellectual and artistic accomplishments of every age have suffered from a natural process of attrition as the age itself recedes into the past, but what is happening today is only in part a natural process, as its rapidity, its ruthlessness, its efficiency and its near completeness show.

It is in fact a deliberately willed and engineered process: the conscious project of capitalist entrepreneurs who see opportunities for immense profits in replacing a more aristocratic and discriminating culture with the mass culture they have financed and promoted, and of the cultural and political left whose ambition is to obliterate the reactionary past as far back at least as Methuselah, and even perhaps the emergence of the first humans out of Africa. From the dawn of civilization down to the present, it was generally the very best that had been thought, said, written, painted, composed and built that survived the centuries. Today, it is precisely the best that is marked for oblivion. Roll over Beethoven! And with you every bard and poet, every artist, sage and saint to follow after Gilgamesh and Homer.

Mass culture, mass ignorance, progressive pedagogy, digital culture, the popular contempt of the mass man and, on the ideological left, a maniacal hatred of what was and is, plus the lust for novelty, trivia and the ephemeral, virtually ensure that the revolutionary barbarians will have their wicked way with the past they have already largely succeeded in destroying and the future they are working at hard labor to create.

It is difficult to see how the thing can be avoided. Marcuse and his Frankfurt School, immigrated here in the late 1930s, have done their work, and their worst — to which, it must be added, the Native American population has contributed since 1945 by collaborating enthusiastically in the dismantlement of their country and their culture. Certainly American culture is thin by comparison with the glories of the Old World, but that thinness, which has always gone unrecognized and hence ignored by the popular majority, accounts only in part for the readiness with which the United States succumbed to the ideas of early 20th-century German Marxists after 1945, as millions of them are beguiled today by the socialism updated for the 21st century by the Red Prophet from the Green Mountain State.

It is not the comparatively second-rate quality of their civilization that liberals and progressives find wanting, as they did in the 1920s, but the fact that, no matter how rapidly it runs ahead, it can never run fast enough to impress and satisfy them, thus winning their appreciation and respect. The left is incapable of finding worth in any existing achievement in thought, learning and the arts, since for the progressive mind every intellectual accomplishment is superannuated and superseded at birth.

The conceit is a political, not a cultural, one. A progressive-minded man born accidentally into the 14th century would have fought the Renaissance tooth and nail in the belief that Antiquity must have been a less enlightened era than the Middle Ages, owing to the tyranny of chronology. For the left, progress is a matter of morality, morality is a political business, and leftward political advancement brings the cultural advancement that necessarily follows it. Thus, to retain even the greatest achievements of the cultural past is morally equivalent to bringing forward elements of past polities — oligarchy, constitutional monarchy, republicanism — into the mass socialist democracies of the present day.

Progressives view the cultural past and the history to which it belongs as at once irrelevant and dangerous. For them, all that counts is the end of history as the left understands it; the stages by which it arrived there must be consigned to oblivion lest various of its elements should be found of value, appealing — and retrievable. Once humanity has climbed as high as the progressive paradise, it must immediately pull up the ladder by which it got there.

On the other hand, so far as the non-progressive mass of men goes, the past and its culture are not simply irrelevant. They are simply too intellectually demanding for people who prefer to pick up the latest bestselling novel, play with their smartphones, go on social media and watch television. Caught between these two all-crushing millstones —ideological fanaticism and mass ignorance compounded by mental sloth — the thinker and artist of the 21st century who is honest with himself will admit that neither he nor his work has reasonable hope for any future at all.

This article is in The Spectator’s March 2020 US edition.