Poverty is a major issue in the midterms 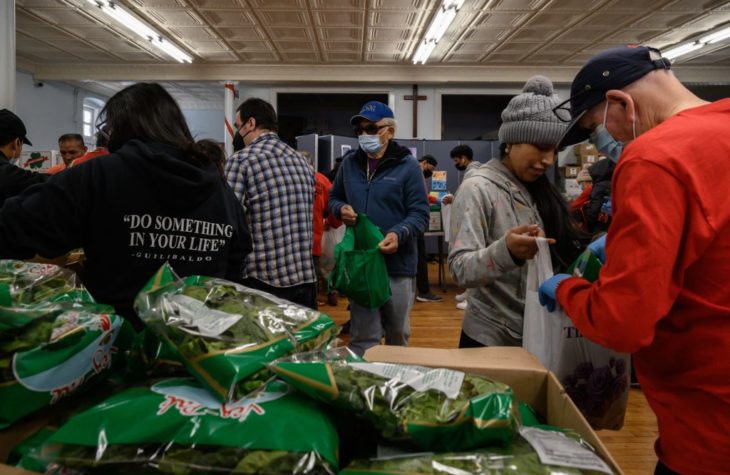 Staff and volunteers at the Hungry Monk food pantry prepare and distribute fruit and vegetables to local residents at their church in Queens, New York on March 26, 2022 (Getty Images) 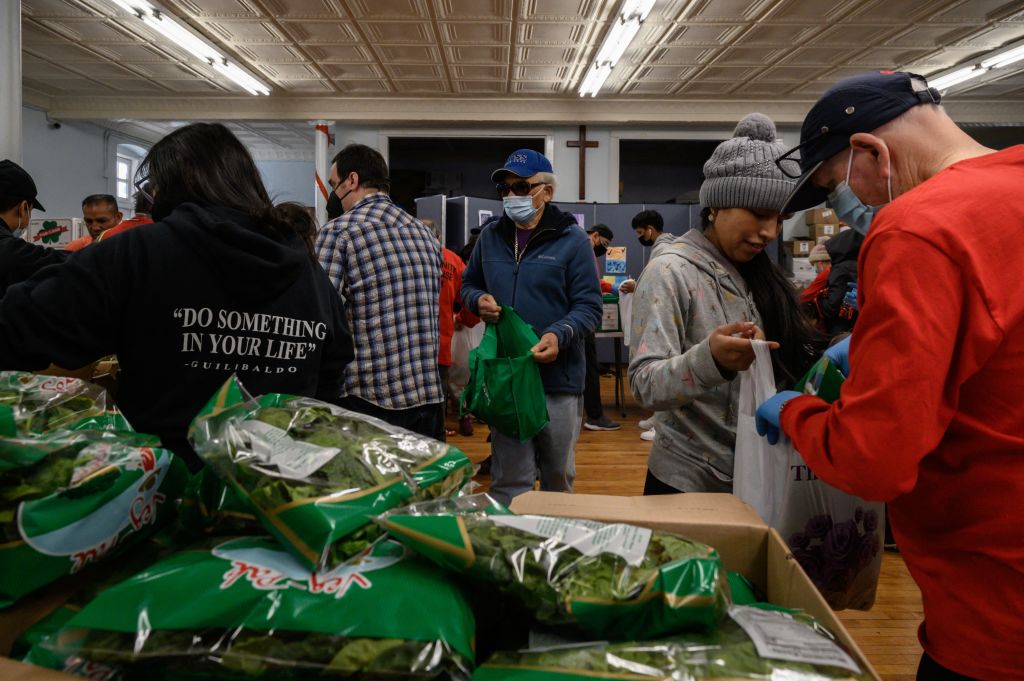 Poverty is a major issue in the midterms

My friend here in rural Pennsylvania is the director of our local anti-hunger program. It’s orchestrated through the YMCA and has been ongoing for years, mostly providing supplemental food for rural children. But the program started running at full throttle when Covid hit in March 2020, and now, more than two years later, my friend tells me they’re doing about 25 food distributions a month — more than they were doing at the height of Covid. What’s more, he’s seeing twice the number of people lining up for free food, and 85 percent of those...

My friend here in rural Pennsylvania is the director of our local anti-hunger program. It’s orchestrated through the YMCA and has been ongoing for years, mostly providing supplemental food for rural children. But the program started running at full throttle when Covid hit in March 2020, and now, more than two years later, my friend tells me they’re doing about 25 food distributions a month — more than they were doing at the height of Covid. What’s more, he’s seeing twice the number of people lining up for free food, and 85 percent of those people have jobs.

“When people think of hunger, they think of poverty,” my friend says. “Through Covid, the people who were on SNAP [Supplemental Nutrition Assistance Program] benefits were able to get a boost in what they were getting, and those really aren’t the people we’re seeing today. They got a tremendous increase, and they have more money to spend on food than they know what to do with. The people we’re seeing now are working moms and dads who are struggling to pay their bills and put food on the table for their kids. And with winter coming now and utility costs rising, they are facing a tough road.”

What are Democrats doing to alleviate this struggle for survival? Another person I know is running for state representative as a Republican. He relayed to me that when the local public media outlet sent him candidate questions to answer ahead of Tuesday’s election, just a single question asked about inflation and the economy; the rest had to do with LGBQT rights, climate change, and other woke concerns that have nothing to do with American voters’ top priorities.

And when Democrats do address the economy at all, it’s to band-aid the issue with more government funding, which will ultimately discourage people from working.

I recently attended an event at which our local Democratic state representative handed a giant check to the YMCA to aid in its anti-hunger program. The rep recounted how he’d attended a food distribution and was astounded to see 100 cars lined up full of “people you’d never believe have food insecurity.” He’s aware of the problem, but nary a word on how government can ease the burden for those actually contributing to the economy.

Instead, Pennsylvania Democrats brag about increasing the income threshold for all SNAP applicants to 200 percent of the Federal Poverty Income Guidelines, thereby putting more than 420,000 additional Pennsylvanians on food stamps. A family of four eligible for SNAP will receive, on average, $718 a month in 2023, with a maximum monthly benefit of $939 (check out this mind-boggling chart). The Department of Agriculture just announced that food stamps will get another 12.5 percent bump because of inflation.

My friend recognizes that the root of the problem is big government and says “it’s only going to get worse.” He explained to me that working people have had their union dues, their parking passes, and the price of gas they need to commute to work go up: “Everything about their job has increased, except their wages.” And whereas typical two-income families before often involved one person working in the hospitality industry, as a clerk, or something similar, many of those people have cut their own hours or chosen not to go back to work at all so they can be eligible for government benefits.

My friend relayed that many food pantries with income requirements are having a hard time giving their food away, because, well, $718 is a ton of money for four people to spend each month. Some who do need food but don’t qualify because they’re working are ashamed to be seen accepting assistance. And so they end up punished and hungry. Or else, as my friend noted, they see how non-working people have it made and decide to forego their lower-paying job altogether to meet the threshold. If they’re, say, $10 above the requirement to qualify, “At what point do they give up?” he said. “Many of them just don’t care anymore.”

The Foundation for Government Accountability has documented how, “For millions of people, staying home still pays better than returning to work. Using Covid-19 as an excuse, federal policymakers have quietly launched new welfare-like initiatives — and expanded existing ones — that provide regular, recurring payments that discourage work to millions of Americans.”

We know that much of our supply chain crisis is due to worker shortages. If companies can’t hire people to make products and sell services, they go out of business. It’s a vicious cycle that ends in everyone relying on government for everything, and we’re well on our way.

My anti-hunger advocate friend is doing the Lord’s work — holding his fingers in the proverbial dyke as government continues to poke more and more holes. But he knows he only has so many volunteer hands to help, and they can’t keep doing it forever. My friend advocates “teaching a man to fish” and has started a community farm to teach people about nutrition and how to grow and raise their own food. But he says “everywhere you turn there are stupid requirements” that hinder business to the point that it’s not worth doing.

A summit my friend attended recently focused on food insecurity as a result of a natural or foreign policy-related disaster. “Disaster?!” he said. “Ignoring rural poverty is a disaster! We already have a disaster right here.” If Republicans are paying attention, they’ll turn their focus to those who need it most — the dying middle class — and reward the workers, discourage government dependence and once again make doing business in America easy and rewarding.