Come home, America, to the product that made our country great 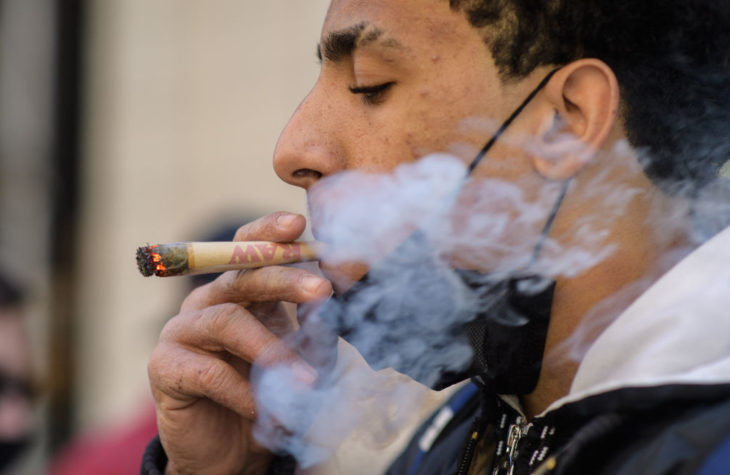 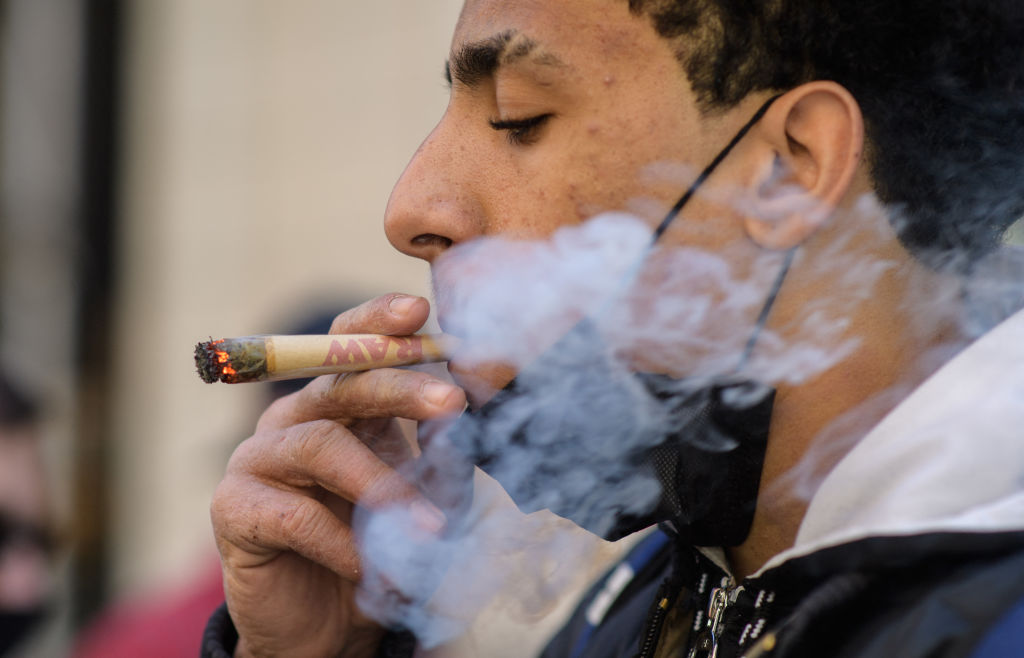 An unfortunate milestone has been passed in the United States as it is reported that for the first time ever there are more marijuana smokers than cigarette smokers in our once great nation. To put it bluntly, so to speak, this societal transformation has taken iconic American glamor, the Marlboro Man, Humphrey Bogart, Lauren Bacall, and replaced it with Cheech, Chong and Otto the school bus driver from The Simpsons.
Here in New York City, where once men in suits and hats and square dames in heels hustled, cigarette betwixt fingers, plowing ahead to the future,...

An unfortunate milestone has been passed in the United States as it is reported that for the first time ever there are more marijuana smokers than cigarette smokers in our once great nation. To put it bluntly, so to speak, this societal transformation has taken iconic American glamor, the Marlboro Man, Humphrey Bogart, Lauren Bacall, and replaced it with Cheech, Chong and Otto the school bus driver from The Simpsons.

Of course, cigarettes also emit an odor, one that some very strange people find unappealing, but it is a whiff, a waft, a slight awareness. And it’s gone. The stench of grass lingers like a nuclear winter, or a fierce Arabian sand storm. It cannot be escaped. 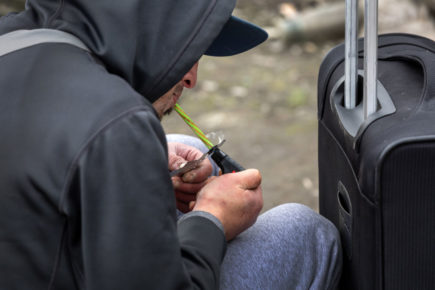 I’m not against smoking marijuana. It can be a fun and relaxing enterprise. But there is a reason it was illicit. Today you see people smoking joints with their uncles and aunts at family gatherings — and it’s wrong. Whatever happened to “Hey, we’re gonna go for a little walk before dinner?” What was wrong with that? It promoted moderation — and the secrecy added just a bit to the fun.

From a public health perspective, I suppose one would have to argue that fewer people smoking cigarettes is a good thing. But from a public health perspective, banning meat, sugar and salt would also be good things. Making toddlers wear masks in pre-K is a good thing. Being alive is about more than staying alive — and few pastimes punctuate life as seductively and completely as a cigarette. So profoundly pleasurable are the properties of tobacco that it swept the Enlightenment-era world and (along with cotton) became the founding crop of the United States.

Smoking cigarettes, unlike ripping bong hits, is an additive pleasure, not a primary one. This is why you hear people say they like one with coffee, a cocktail, after sex, before facing a firing squad. It elevates, almost imperceptibly, a myriad of activities and events. We don’t even really have a word for the physical effect; regular smokers rarely feel the mild buzz that the once-in-a-whiler experiences for a moment or two.

Grass, on the other hand, has “stoned,” “high,” “levitated,” “blasted,” “bombed” — an endless thesaurus dedicated to seeing trails and craving weird flavors of Pringles. And let’s not forget that these days people aren’t smoking the Pocono’s dirt weed your cousin grew in 1990 that took twenty-five minutes to de-stick and de-seed. This is medical-grade, hydroponic, glow-in-the-dark weed. One joint contains more THC than the entire Grateful Dead had in their systems during an average show.

As a society, we have a choice before us. What do we want to be? Who do we want to be? We could restore the grace and elegance of a bygone era in which serious men and women pondered and mastered the world between puffs from a bright white perfect cylinder of beauty and sophistication. Or, we could choose a droopy-eyed future full of Cartoon Network and forgetting where you put your keys.

This should not be a difficult choice. Even as I write this, smoke drifts from my ashtray toward Brooklyn skies, like, as the Indians believed, a prayer for wisdom ascending the heavens. At pauses, I take a puff or two. If this were a modern-day joint in my ashtray, you would be reading about whether the color blue to you is the same as the color blue to me, or how I just realized that my hands are actually really weird.

Choose the adult pleasure, America, the one that keeps you in control, the one that assisted in world war victories, that helped build the railroads, that allows for community and sharing. You can still ask a stranger for a cigarette these days. You can’t just waddle up to a bloke and say, “Hey, can I bum a joint?”

Come home, America, to the product that made our country great, to that timeless joy that comes twenty to a pack. And if you need a light? All you have to do is ask.