Trader Joe’s rebrands a product line after fewer than 2,000 complaints 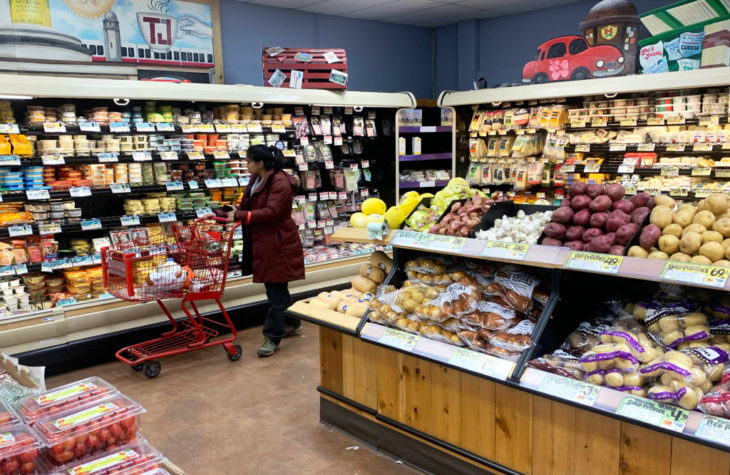 CAMBRIDGE, MASSACHUSETTS – MARCH 23: A woman shops at Trader Joes at on March 23, 2020 in Cambridge, Massachusetts. The store has begun limiting the capacity of shoppers allowed inside, and offering sanitizing wipes upon entry. Massachusetts Governor Charlie Baker ordered all non-essential businesses to close by noon on March 24 in an attempt to stop the spread of COVID-19. Grocery stores and pharmacies will remain open, and restaurants will still be able to sell food for take-out service. (Photo by Maddie Meyer/Getty Images)

The casualty this time is the quirky grocer Trader Joe’s, which stands accused of wrapping its products in ‘racist’ packaging based on culinary origins — Trader Giotto’s for Italian fare, Trader Ming’s for Chinese provisions, Arabian Joe’s for Near East delicacies, Trader Jacques for French cosmetics, and Trader José’s for Mexican offerings. No longer. The company faced a Change.org petition launched by a San Francisco-based high school senior that at the time of their announcement had collected just 1,700 signatures. At the time of writing, 3,500 have signed; that is very little in online terms.

In the petition description, the white 17-year-old girl claims that the various cultural permutations of Trader Joe’s name exploit ‘a narrative of exoticism that perpetuates harmful stereotypes’. She concludes with a demand that the ‘racist branding and packaging’ be removed from the store. And so it was.

You might have assumed that the first order of the social justice agenda would have been to drag Trader Joe’s for its dreadful over-application (woke translation: cultural appropriation) of Hawaiian motifs. The cheery tropical-print shirts and ersatz leis often worn by staff members evoke excessive Florida dad energy (or, if you like, far-right Boogaloo subculture) and should thus be condemned as sartorial crimes against humanity.

But no, instead the moral transgression is apparently various playful, lighthearted labels that conjure up the romanticism of embarking on culinary adventures to far-flung places. It’s as if the kitschy world pavilions at Epcot all collapsed into a friendly neighborhood supermarket; you kind of have to admire their commitment to the theme. Plus, the characters are all really cute — Giotto can be overbearing and definitely seems like a character the Super Mario Brothers. Uncle Ming keeps a stash of secret ancient recipes handed down from his ancestors. Jacques is a pretentious perfectionist who only uses lavender from the French countryside in his exquisite milled soap. You can sense the harmless fun the Trader Joe’s design and labelling guys must have had.

Trader Joe’s origin story is anchored in self-described corporate lore thanks to its founder, Joe Coulombe, who chose a nautical ‘traders on the high seas’ theme for his grocery store after being inspired by ‘White Shadows in the South Seas’ and the Jungle Cruise ride at Disneyland. It explains why the décor of every store has a coastal trading post vibe and why employees go by terms like ‘Captain’ and ‘crew member’. In her petition, our young crusader expressed a dark view of the enterprise of trade, complaining about its horrific legacy of plunder, exploitation and slavery. Somehow she totally ignores the ways trade has shaped human progress through cultural and economic exchange. What could be more on-brand for Trader Joe’s than whimsically adapting its international product lines to reflect the spirit of these undaunted traders of the high seas, who risk life and limb to bring you Incan corn from Peru or harissa sauce from Tunisia?

Like the Indian-Americans baffled by Apu’s cancellation from the Simpsons, many Latinos expressed disappointment when Trader Joe’s announced the phasing out of the Trader José line. A counter-petition has been launched by a Mexican psychologist desperate to save the label. For people like him, Trader José isn’t a racial caricature — he’s funny, a warm symbol of acknowledgement and appreciation of one culture to another’s. Appropriation is, it seems, in the eye of the beholder: one person’s othering stereotype is another’s sign of recognition and inclusion. The petitioner also denounced ‘White Shadows in the South Seas’ for peddling the ‘white savior’ trope, while failing to recognize how she came to embody that exact same idea the moment she launched a document claiming offense on behalf of Italians, Chinese and Mexicans.

So just how does a teenage girl and the internet get a national company with over 500 stores to yield, with just 1,000 signatures at the time?

With the help of a compliant media, hyper-woke capitalism transforms the market into an arms race of virtue-signaling exercises where increasingly, every act of consumption in the market has political bearings. Worse, social media has transformed every online petition into a corporate heckler’s veto; the outrage of a few can steer the course of a much larger behemoth. Where there’s smoke, there’s fire, as they say. Social media generates a lot of smoke with minimal effort. Companies eager to minimize reputational damage and brand risk would much rather bend the knee than see a fire start.

It’s hard not to take umbrage at the bourgeois entitlement of the petition. Trader Joe’s stores are after all generally located in selective areas with median household income levels in excess of $100,000. Many majority black or Latino neighborhoods across the country simply don’t even have access to one. And how does any of this relate to the nationwide protests in the wake of the George Floyd murder? Protesters are calling for reforms to address police overreach; instead, they’re getting corporate social media accounts brandishing hashtags, posting anodyne statements and dismantling cherished logos.

Gone are the mainstays of the American breakfast and dinner table: Aunt Jemima, Mrs Butterworth, the Cream of Wheat chef and Uncle Ben. We’ve basically lost America’s culinary Mount Rushmore. Online clicktivists insisted that these actions were necessary since each logo was predicated on racial stereotypes that harkened back to the Antebellum South. Aunt Jemima was singled out for epitomizing the ‘Mammy’ caricature, a black servant archetype who could always be counted on to provide warm smiles and faithful service. And now more companies, and sports teams, on the heels of the Washington Redskins, are confronting the calls to rebrand.

Let’s stop paying attention to these online petitions. If we erase the ‘exotic,’ and target businesses like Trader Joe because of instant social media outrage, the consumption landscape will start to look kind of bland. All we’re left with is regular Joe. Joe Schmoe. Average Joe. Hopefully, we’ll never stop trading – products, names, or ideas. 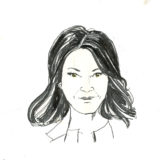